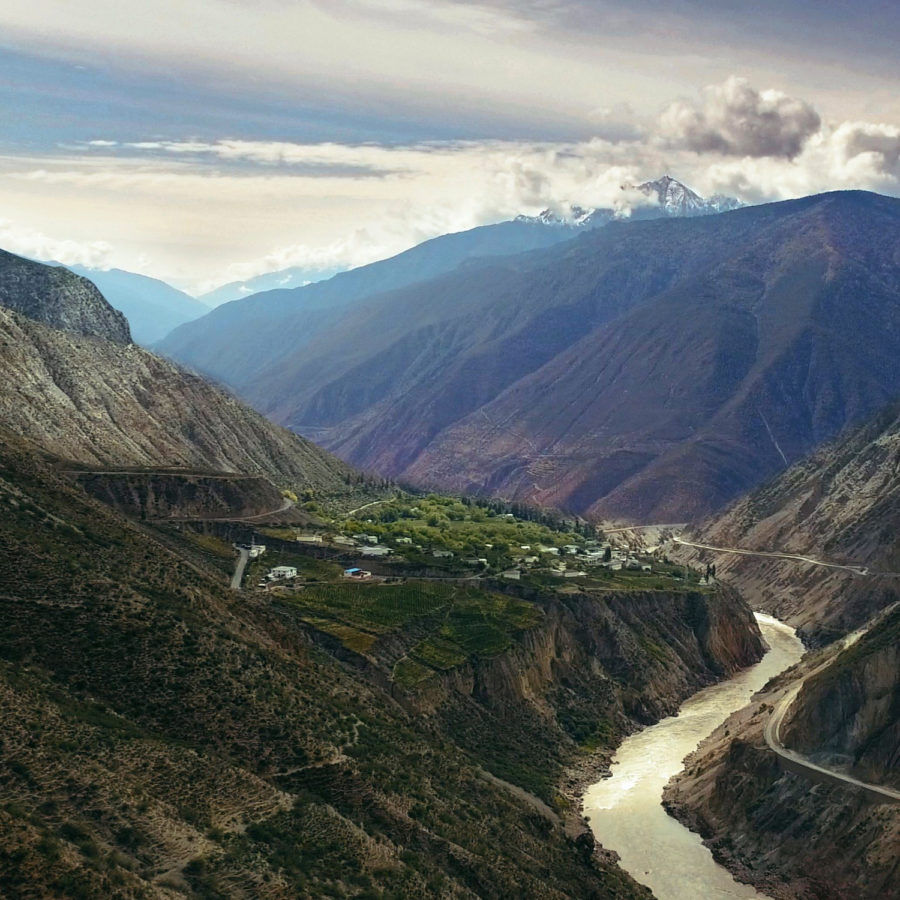 As Chinese wines take big strides in quality while becoming more diverse, James Suckling looks at the 10 best bottles he tasted in 2020, with appellations ranging across the country from Ningxia to Shandong and Yunnan to Hebei.

Our Chinese wine of the year is Ao Yun Shangri-La 2016, which comes from a distant part of the country’s southwest. This wine shows the harmony of ripeness and freshness of a sound 2016 vintage described by Maxence Dulou, the winemaker at this premium producer, as “the coolest year until mid-July, followed by a very sunny, hot and dry season in August”. The LVMH-owned winery is located in a remote Xanadu of Himalayan terroir and its grapes come from a mosaic of 314 plots between 2,200 and 2,600 metres above sea level. It’s also the first year that Ao Yun added some syrah and petit verdot planted in 2013, with the reduced involvement of new oak, giving the wine “a heartfelt utterance of the terroir”.

Long Dai Qiu Shan 2018, in second place, is an invigorating result of another French investment: DBRLafite, whose Chateau Lafite 1982 has had an unparalleled high profile in China after featuring in a movie starring Chow Yun Fat. That legend has continued with this interpretation of Shandong’s Qiu Shan Valley’s terroir, which lies some 20km from the Yellow Sea. The vineyards enjoy a warm climate moderated by the ocean, which provides the ultra-fine tannins and a lengthy finish t o t his blend of cabernet sauvignon, marselan and cabernet franc. Shandong also produced an outstanding chardonnay that we believe is the best rendition of the grape we’ve so far discovered. Chateau Nine Peaks Chardonnay Qingdao Qi 2018 is a full-bodied chardonnay that shows engaging transparency, freshness and focus.

Ningxia remains the stronghold for China’s quality wines, with Jade Vineyard, Helan Qingxue, Kanaan Winery and Silver Heights running ahead with some of the more serious cabernets and Bordeaux blends. Jade Vineyard Ningxia Messenger Reserve 2016 was our top wine from Ningxia in 2020 and scored 95 points.

Jade Vineyard’s first vintage of marselan – Jade Vineyard Marselan 2019 – is also stunning with its dense fruit and brooding depth. To date, the only marselan wine that’s scored higher at Jamessuckling.com was Domaine Franco-Chinois Marselan Reserve 2014 from Huailai county in Hebei, which we tasted in 2019 and isn’t included on this list. But Domaine Franco-Chinois’s sister winery Canaan Wine Estate, from the same appellation, offered the best deal with its Chapter and Verse Riesling Hebei Huailai Mastery 2018, which I believe represents some of the greatest value from China.

In Ningxia, Helan Qingxue and Kanaan Winery made fantastic wines from 2016, which was a ripe but more “unanimous” vintage, according to Helan Qingxue’s winemaker Zhang Jing, who debuted the Helan Qingxue Vineyard Ningxia Jiabeilan Grand Reserve 2016. The Kanaan Winery Ningxia Crazy Fang 2016, in fifth place, is another cabernet sauvignon and one of our top-scoring Chinese reds.

The riesling and viognier from this list show how reasonably priced Chinese wines of outstanding quality can be. In contrast, many Chinese wines ambitiously target the high end of the market: The top five in the list fetch a premium price (from US$150-$300 or S$202-$403 a bottle), but they also have the premium quality to go with it. It’s up to the consumer to decide whether super-premium Chinese wines such as these have a place in the market.

A very pure red with currants, blackberries and fresh leaves. Mushrooms and wet earth. Some tobacco. Cigars. Charcoal. Medium- to full-bodied with fine, silky tannins and an intense, flavourful finish. It grows on the palate with chewy yet polished tannins. Delicious.

Such nice sous-bois and earthy, foresty berries, together with dried orange peel and creamy, classy oak that add sweet spices. Medium-bodied, but not lacking in texture.

This is beautifully rendered, with complexity and depth. A well-poised package of ripe cassis, some cherry jam, blackberries and hints of black dates, together with high-grade, cedary and creamy oak to balance the ripeness. Some walnut, iodine and dried meat too.

This is really energetic and bright, with sliced apples, cooked pears and lemons. Hints of caramel and honey. Full-bodied, tight, bright and focused. Oily and crisp at the same time.

This is so fresh and zesty on the nose with immediate floral and peachy appeal, as well as orange blossom and lemongrass. The lifted aromas are attentive, but not sassy.

Fragrant and attractive nose, oozing tropical fruit from papaya to peaches. Exotic and floral with lots of orange blossom and jasmine as it evolves in the glass. Such a perfumed complexity!