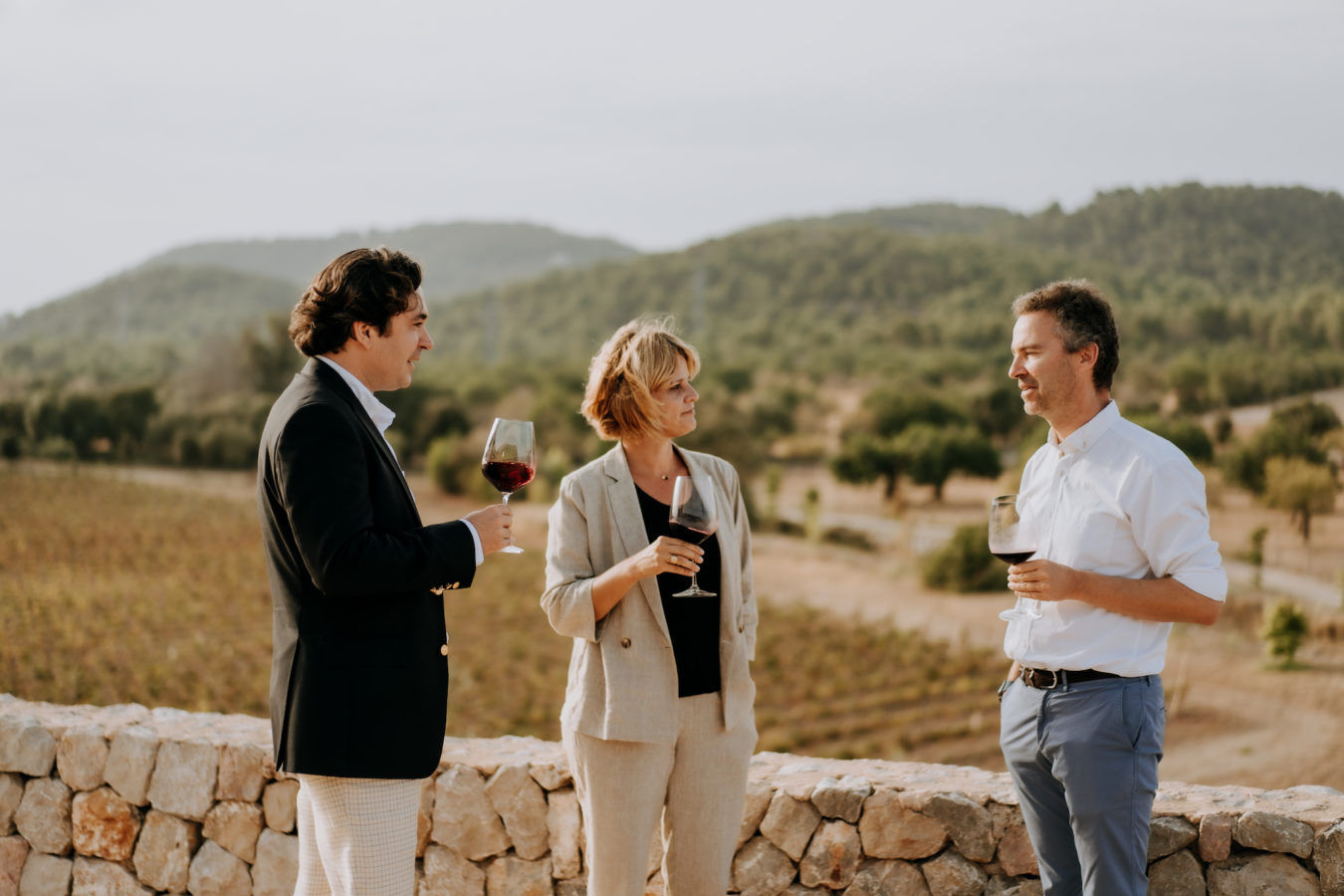 Mallorca is to Europe what Bali is to this part of the world: a well-loved, sun-splashed island getaway that offers gorgeous beaches, breathtaking resorts, excellent dining, a dynamic local culture and plenty of nature.

A long-time favourite for Europeans, the largest of the Spanish Balearic Islands in the Mediterranean has, for generations, played host to the rich and famous including Chopin, DH Lawrence, Anaïs Nin, Richard Branson, Andrew Lloyd Webber, Princess Diana, Kate Moss, Jagger — the list goes on.

Perhaps unsurprisingly, Mallorca also makes some exceptional wines. Vine cultivation on the island began as early as 121 B.C. Pliny the Elder wrote in Natural History that Mallorcan wines were as good as the best wines in Italy. Then phylloxera (a vine-eating louse), wars, and a shift from agriculture to tourism happened, diminishing vines along the way. Today, there are some 70 winemakers in Mallorca. Many are small, and work with native grapes like manto negro, prensal blanc or fogoneu. Some blend them with cabernet sauvignon, merlot and syrah. Most of their bottles are consumed locally and by tourists.

Wines from Mallorca are rarely exported to Asia, but Bodega Son Mayol – also one of the very few producers in the region to focus solely on international varieties – has its sights set on the world. In Singapore, its wines are available through Bottles & Bottles retail and online shops, KrisShop Online and iShopChangi.

This up-and-coming winery is the brainchild of the legendary Patrick Léon, who spent 50 years crafting wines at iconic estates like Château Mouton Rothschild. “When he first came to Son Mayol, he saw one parcel that was not in line with the top-end project the owner had envisioned,” shares Technical Director Marie Barbé, who is responsible for the entire production at Son Mayol, from planting to bottling.

“He told him, ‘You have seven hectares which will never have the potential to be part of your signature wine. You need to pull up this vineyard and plant cabernet sauvignon instead.’ It was a difficult decision to make but the owner followed his advice, and today this parcel is one of our best. We were then known as The Puller.”

Son Mayol counts 24ha of vineyards across 35 locations in Mallorca and plants only grape varieties from Bordeaux, mainly cabernet sauvignon, merlot and petit verdot. “We benefit from a hot and humid climate in the summer that’s not too hot thanks to the sea and mountains. The area where the winery is located also has interesting clay-limestone soils, which allow us to maintain freshness,” shares Barbé.

What’s distinctive about Son Mayol is its use of classic Bordeaux winemaking techniques on Mediterrean-grown grapes. This, of course, comes with its own unique challenges – and adaptation is key. “A cabernet sauvignon can have the same character, but you’ll have to work differently in the vineyard or during the vinification to obtain the best of the variety,” explains Barbé. “The technical team has a good knowledge of the basics. We collectively adapt all with our experiences to the terroir we are working on. We work on ripeness from different points of view and are searching for more freshness than maturity, for example.”

Its premium expression, the 2014 Grand Vin Son Mayol was awarded 95 points for its structure, elegance and long-ageing potential by German wine publication Falstaff Magazin in 2018. A blend of 85 per cent cabernet sauvignon and 15 per cent merlot, the Grand Vin is produced by fermenting grapes with skin and seeds intact in wooden tanks for a month to obtain the best tannins. The result is a series of full- bodied, highly drinkable wines that unfold layer upon layer of fruit and spice in each sip.

The more accessible Premier Vin range, which Barbé describes as “well balanced and can be kept for a while”, is a nod towards Right Bank Bordeaux, with a blend of 60 per cent merlot and 40 per cent cabernet sauvignon. Vinified with low extraction and at low temperatures to preserve its aromas, the full-bodied wine has blackcurrants, blackberries, vanilla and pepper on the nose and goes down silkily with a sweet-spicy finish reminiscent of candied ginger.

Stellar reds aside, the young winery is set to release a rosé this year. “It’s from a bleeding of merlot, which would have been part of our Grand Vin,” Barbé says. “We’re incredibly happy to add a Mediterranean vibe to our range.”

The appeal of Bodega Son Mayol goes beyond the contents in its bottles. The Grand Vin Son Mayol labels portray the works of Mallorcan artists, such as sculptor Joan Costa (vintage 2017) and multidisciplinary artist Rafa Forteza (vintage 2016). The winery also gives back to the terroir and the environment with sustainable practices; its building is equipped with solar panels and facilities to recycle service water. “We are working more and more in water management,” adds Barbé. “The vines don’t need a lot of water but the climate has changed, resulting in less and less water available. We need to maintain the vines in good condition, all while respecting the quality and the environment.” And that’s how the beautiful Mallorcan terroir takes shape in a Bordeaux blend.