Most famous cocktails in the world and their origin 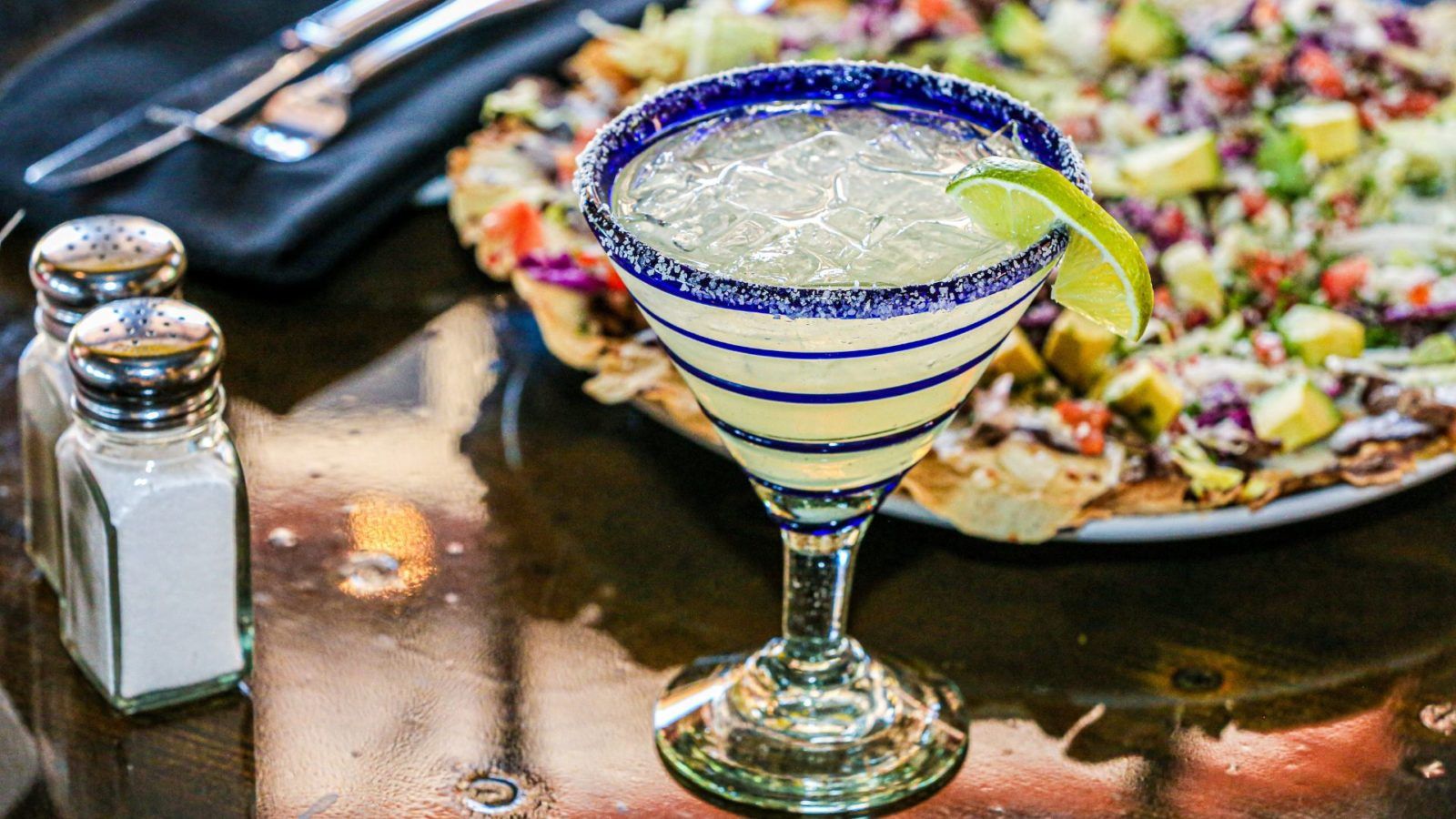 Thomas was a mixologist who published his bartender’s guide in 1862. He worked all over America and Europe and created the guide. This guide was basically an encyclopaedia of cocktails that served as a standard-bearer for bartenders for years to come.

Although commonly believed to be an American invention, British punches made of spirits, spices, fruit juices and other ingredients, consumed in punch houses in the 18th century, were also responsible for introducing the concoctions to the world. The term ‘cocktail’ was first coined and recorded in a British newspaper printed in 1798. It was officially defined in The Balance, and Columbian Repository of Hudson, New York in 1806 as “a stimulating liquor composed of any kind of sugar, water and bitters.”

Globally renowned cocktails such as martini, mojito or margarita are the drink versions of comfort foods and we cannot help but wonder about their history and the folktales hinting at their origins. Whether you’re brushing up on your home mixology skills or searching for a go-to order for your next cocktail hour, you can never go wrong with these classics.

Here are some of the most famous cocktails in the world

Comprising whiskey or bourbon, lemon juice, sugar or Gomme syrup and egg white, the Whiskey Sour is an American cocktail dating back to the 1860s. While the written recipe officially appeared in Jerry Thomas’ 1862 The Bartender’s Guide, sailors in the British navy had been consuming a similar drink long before that. It is believed that sailors made this cocktail to combat scurvy, which is a health disorder caused by a vitamin C deficiency in the body.

The traditional recipe calls for an egg white in it to give it a rich, creamy texture topped with a smooth layer of foam. Modern recipes, however, skip this ingredient altogether or list it as an optional one. If the Whiskey Sour includes an egg white, the drink is commonly referred to as a Boston Sour and if red wine is an ingredient in the cocktail, it is known as a New York Sour. While some new-age recipes swap sugar syrup for grenadine syrup for sweetness, some versions include both lemon juice and orange juice for an added citrus boost.

Originating in Mexico, a Margarita is arguably one of the most famous tequila-based drinks in the world. This classic cocktail is made of tequila, lime juice and Cointreau, which is an orange-flavoured triple sec liqueur and served in a signature margarita glass with a salted or sugared rim. The popular cocktail can be enjoyed in many different ways, including frozen (with blended ice), on the rocks (over ice cubes) and straight up (chilled with ice and strained).

Legends about the cocktail’s origins are as numerous as the variations of the drink. Some say that the drink was invented in 1938, in Mexico by restaurant owner Carlos Danny Herrera, for Ziegfeld showgirl Marjorie King, because she was allegedly allergic to nearly all spirits barring tequila. Herrera jazzed up the drink by adding lime juice and salt to it.

Another story claims that the drink was probably named after Texas-based socialite Margaret Sames, when she mixed the cocktail at a house party in Mexico during the late 1940s for the first time. Some swear that it got its name from actress Rita Hayworth, whose real name was Margarita Casino, while she was at an event in Tijuana in the 1940s.

Popular as a refreshing and fun party drink all over the world, Sangria is a fruity Spanish cocktail made with red wine and chopped fruits such as pears, peaches, berries, apples, nectarines or pineapple. The sweet drink also often includes sugar, orange juice, sparkling water or even brandy. Sangria means ‘bleeding’ in Spanish, which is aptly named, given the bright red colour of the wine used to make the drink. The punch is also made with white wine or rosé.

Sangria was first introduced in the United States in 1964, at the World’s Fair in New York. The pavilion representing Spain served this fruity wine punch to its visitors and the rest was history. If we explore its timeline  and go even further back in time, it is believed that the beverage was preceded by hippocras, a concoction made with wine, sugar and spices like ginger and cinnamon, dating back to the middle ages.

Romans planted vineyards in the Spanish regions they passed through, to cater to their need for red wine and a shipping trade promptly began in around 200 BC. Hippocras was created by early Romans and Greeks, who used alcohol to make the drink potable. This was done because in those times, water used to contain bacteria, rendering it unsafe to consume.

Traditionally served with bourbon or whiskey, this famous cocktail is composed of a sugar cube or fine sugar, orange slices, Angostura bitters, Maraschino cherries and a bit of club soda or water. To prepare an Old-Fashioned, the bitters, sugars, orange slices, cherries and a splash of soda or water is muddled together. Muddling is a method of lightly mashing fruit, herbs and spices for cocktails, to release the essence from the fresh ingredients and infuse the drink with different dimensions and flavours.

Post muddling, the fruit husks are removed from this mixture and bourbon and ice is stirred in an old fashioned glass. Garnishing may include a cherry and an orange slice. Stories claim that the cocktail was first concocted with whiskey, bitters, water, ice and a sugar cube at the Pendennis Club, a gentlemen’s club founded in 1881 in Louisville, Kentucky. The recipe was believed to be invented by a bartender at that club, in honour of Colonel James E Pepper, a third-generation bourbon industrialist and master distiller of the time.

With its roots tracing back to the 1600s, the refreshing, citrusy Cuban cocktail was originally believed to be a medicinal drink to ward off diseases. Cubans drank a type of moonshine mixed with mint, lime and sugar at the time. Some say that when the island was invaded by pirates in search of gold and treasures, Sir Francis Drake was offered this drink, but he promptly reinvented the recipe by using white rum in place of moonshine and named it El Draque.

Soon, the cocktail came to be known as ‘Mojito’, derived from an African word ‘mojo’ meaning magic. The summer drink was popularised by American novelist and journalist, Ernest Hemingway, during his time in Cuba. It was also featured in the James Bond movie Die Another Day (2002) and the Johnny Depp starrer The Rum Diary (2011).

To make a Mojito, sugar, lime juice or fresh lemon juice are mashed together, before adding the mint leaves and white rum. The drink is then stirred and topped with ice and sparkling soda water.

This dangerously strong concoction of tequila, vodka, triple sec, gin and rum mixed with a splash of cola, is said to have its origins in Kingsport, Tennessee in the 1920s, when the sale, consumption and production of alcoholic drinks was prohibited from 1920 to 1933. An illegal liquor distiller, who went by the name Charlie ‘Old Man’ Bishop, is believed to have invented this drink, with an aim to camouflage it as a common sober beverage to survive the prohibition times.

Another story claims that Robert ‘Rosebud’ Butt invented the Long Island iced tea on Long Island, New York in the 1970s. He created this cocktail when he worked at the Oak Beach Inn on Long Island and came up with the recipe, while participating in a contest.

A simple drink comprising gin and tonic water poured over ice cubes, Gin and Tonic has its origins in pre-independence India. Garnished with a slice of lime, the cocktail dates back to the early 19th century, when British officers introduced the beverage in India to combat the epidemic of malaria, an acute illness spread by mosquitoes.

The fresh drink is enjoyed globally thanks to its delectably bitter and sour notes of flavour. Often referred to as a G & T in English-speaking countries, the drink can be made using different ratios of gin versus tonic. The suggested ratios of gin to tonic water span between 1:1 and 1:3.

Celebrated as the national drink of Puerto Rico and the spirit of unrestrained fun since 1978, Piña Colada is a deliciously sweet and creamy tropical cocktail that is made with rum, coconut milk or coconut cream, pineapple juice and ice. To make a smashing Piña Colada, the ingredients are shaken or blended with ice and served in a poco grande glass, which is a big-bowled highball. The cocktail is garnished with a slice of pineapple or a bright red cherry on top.

Hailing from San Juan, Puerto Rico, the popular drink is believed to be created by bartender Ramón ‘Monchito’ Marrero at the Caribe Hilton Hotel in 1954. He mixed up a fruity blend of rum, coconut cream and pineapple juice, giving birth to the world’s most beloved summer treat.

Believed to be introduced as a brunch staple by the iconic film director Alfred Hitchcock in the United States in the 1940s, Mimosa is a classic breakfast cocktail made with freshly squeezed orange juice and champagne.

Some also add Grand Marnier, which is a French orange liqueur or bitters to enhance the flavour even further. This drink is known to transform any dull and dreary morning meal into a party and is an integral part of popular culture as well.

Mimosas are prepared by pouring the champagne or sparkling wine over orange juice and are served in elegant champagne flutes.

In its purest and simplest form, a Martini is made of gin and dry vermouth or sweet vermouth, with dash of bitters, garnished with olives or a lemon twist. Known to be one of the most famous cocktails in the world, the drink is served in a classic V-shaped martini glass. The cocktail has somewhat vague origins and is said to have evolved from a drink called Martinez.

This precursor to Martini was believed to be served during the early 1860s at the Occidental Hotel in San Francisco, near the town of Martinez, California. As per some stories, people frequently visited this hotel and enjoyed the drink, right before boarding an evening ferry to return to town.