The circuit breaker may have ended, but Singapore bars are still being adversely affected by COVID-19.

When cocktail bars were ordered to close overnight as the government rushed to curb the spread of the pandemic, these institutions, which were once fundamental to the after-hours experience in Singapore, became peripheral. Pivoting to e-commerce became the new standard as bars rushed to push out delivery and takeaway menus, some more ahead of the curve than others.

Underlying this new frontier, however, is the looming question of the future and what survival looks like for the industry. Financial loss and challenges, unfortunately, appear the current default for many.

“We were following the news very closely and started preparing for the worst before the Circuit Breaker because we knew that it was a matter of time before bars would be closed due to the pandemic,” said Andrew Yap, Managing Partner at The Old Man Singapore. Foresight is, as they say, 20/20, because what followed was a catch-up game that steamrolled bars islandwide. 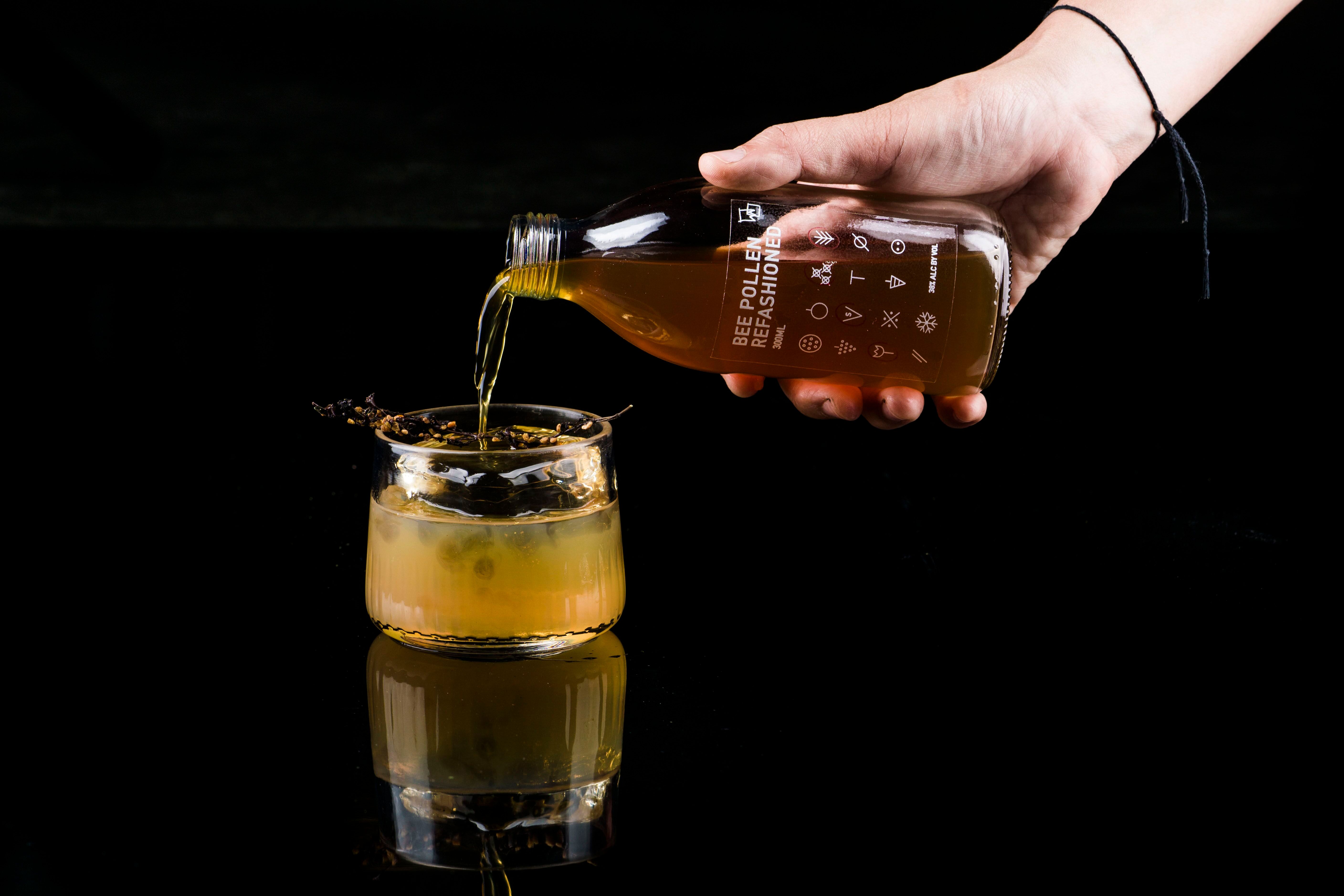 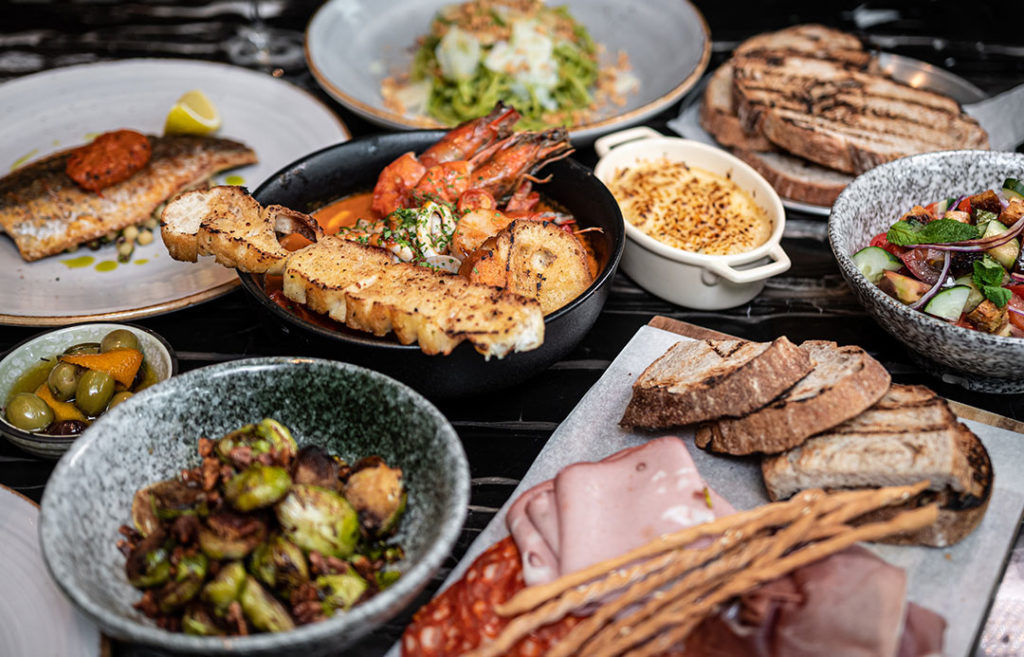 The Ernest Hemingway-inspired bar, located in Keong Saik, was amongst pioneers when it came to take-home cocktails, establishing an e-commerce front very early on. Even as Yap and the team were swept in the wave of overnight closures, they were prepared for the transition.

To The Old Man Singapore, business continuity was in place, though the bar ran in a different format, with digitally-led demands replacing physical ones. This quick adjustment became a learning point, not just for Yap’s bar, but also for the likes of the Jigger & Pony Group, home to the recently-crowned Asia’s best bar.

Co-founded by Indra Kantono, the group extends beyond its flagship Jigger & Pony bar to include multiple other food and beverage venues, like Gibson, Humpback, Caffe Fernet, and Live Twice.

Kantono describes a quick sprint to adapt with a consolidated takeout and delivery website. Even though the Jigger & Pony website has a healthy selection of options for thirsty (and hungry) customers, Kantono believes there are lessons to be learned from the process. Having to diversify their channels is one, including investing in e-commerce. Adjusting to customer needs and behaviour during this period is another, albeit more challenging task.

“We have to look at improving our product offerings that we have had to rush into when the Circuit Breaker was first implemented,” he said. “We have to also look at developing content that connects our consumers to our brand, even without them having to physically be at our venues.”

The rise of virtual cocktail bars

Content to engage customers is another head that has surfaced on the shoulders of the local bar industry as many struggle to maintain exciting, even relevant, to a city scarred by restrictions.

Top-notch, innovative drinks and a household name give cocktail bars an advantage, but not enough to drown out the death knell that lingers above the food and beverage landscape. To that end, many bars have put out gift card offers, remote house or corporate party packages, even online masterclasses or events held over Instagram Live and Zoom to entertain. 1887 Virtual Bar, an entirely digital bar experience held over Zoom, is one such initiative.

We have to also look at developing content that connects our consumers to our brand, even without them having to physically be at our venues.
Indra Kantono, Director and Co-Founder, Jigger & Pony Group

Kickstarted by William Grant & Sons (WGS), The 1887 Virtual Bar came as “a bit of surprise”, not just to Glenfiddich ambassador Brett Bayly who co-hosts it, but the bar industry overall. Seemingly launching overnight in April as bars began to flounder under COVID-19’s grip, the experience began as a novelty, but quite quickly became a leading way for the bar scene to gain support, both financial and emotional.

The 1887 Virtual Bar runs by spotlighting a selected cocktail bar every week. Its lead bartender holds a guest shift, with Bayly co-hosting alongside fellow Hendrick’s ambassador Charmaine Thio. Said bartenders mix drinks live, and consumers can purchase tickets to order these cocktails at the venue of the week when they reopen or delivered to their door via GrabFood. WGS has also pledged to match donations dollar-for-dollar, up to S$1,000.

This successful, heartening measure has also led to the 1887 Virtual Bar being adopted by other Southeast Asian markets.

“The objective was to find a platform that was a genuine effort for us to put attention to the duress the industry was [facing] under the pandemic. The consumers responded incredibly. I’m really proud of the work the team has put in to garner so much attention to trying to assist the outlets that were shuttered without much guidance, on avenues they had available to continue some format of operation,” added Bayly.

Change is undoubtedly a foot forward for a scene that has had to improvise, adapt and overcome to walk the road ahead, but for as long as business does not return to normal, financial burden is a constant presence. Some bars, like Jigger & Pony, are seeing weekly orders rise as consumers adjust, though others, like The Old Man Singapore, state that even new e-commerce offerings can’t mitigate an 80 percent dip in earnings through this period.

It is not just reduced customers that pose a pain point in the pocket. Rental is another reason that has forced food and beverage establishments to shutter. Just off Keong Saik, on Tras Street, is Jekyll & Hyde, a bar that will close due to tanking profits and rental negotiations failing. Though the government has offered assistance and some landlords have provided rebates, rent remains a fixed cost that is salt to a wound.

“It would have been extremely helpful if the government ensured that the landlords extended mandatory rental rebates to tenants,” comments Yap.

Rental and other overhead cost concerns are the current norms for bar owners like Yap and Kantono these days. The latter adds that the sustainability of bars overall would depend on “when F&B outlets can safely reopen, and the safe distancing measures in place at that point”, as such things have an effect on seating capacity, which directly impacts earnings.

With the Circuit Breaker having ended, there is cautious optimism on the horizon as the government has scheduled the reopening of food and beverage establishments, including cocktail bars, for what it calls “Phase 2” of the new normal our city is striving to maintain until a vaccine is released against COVID-19. No specific date has been given, though the Multi-Ministry Taskforce has mentioned that this could be as early as mid-June if case numbers remain stable.

Reopening does not equate the resumption of life prior to COVID-19, and bartenders are well aware of this. This period, nonetheless, has offered bar owners perspective on weathering storms, where they have not so much been scarred as they have been fortified, quips Bayly.

Thio cites resilience and creativity as two highlights she’s witnessed from bars going into survival mode, and that new e-commerce and digital engagement channels for the industry are here to change the face of what it means to run a bar in Singapore post-COVID-19.

Kantono believes that the sector’s significance to Singaporean society will increase as restrictions lift. “Ironically, I think restaurants and bars will be more valued than ever before, for being spaces that bring people together. [When vaccines happen], I think we will enter a new era of relationship-driven consumption, where we spend on things that enrich [these] relationships, and that is where bars and restaurants will play a central role.”