These are the best and worst celebrity alcohol brands, according to a recent study 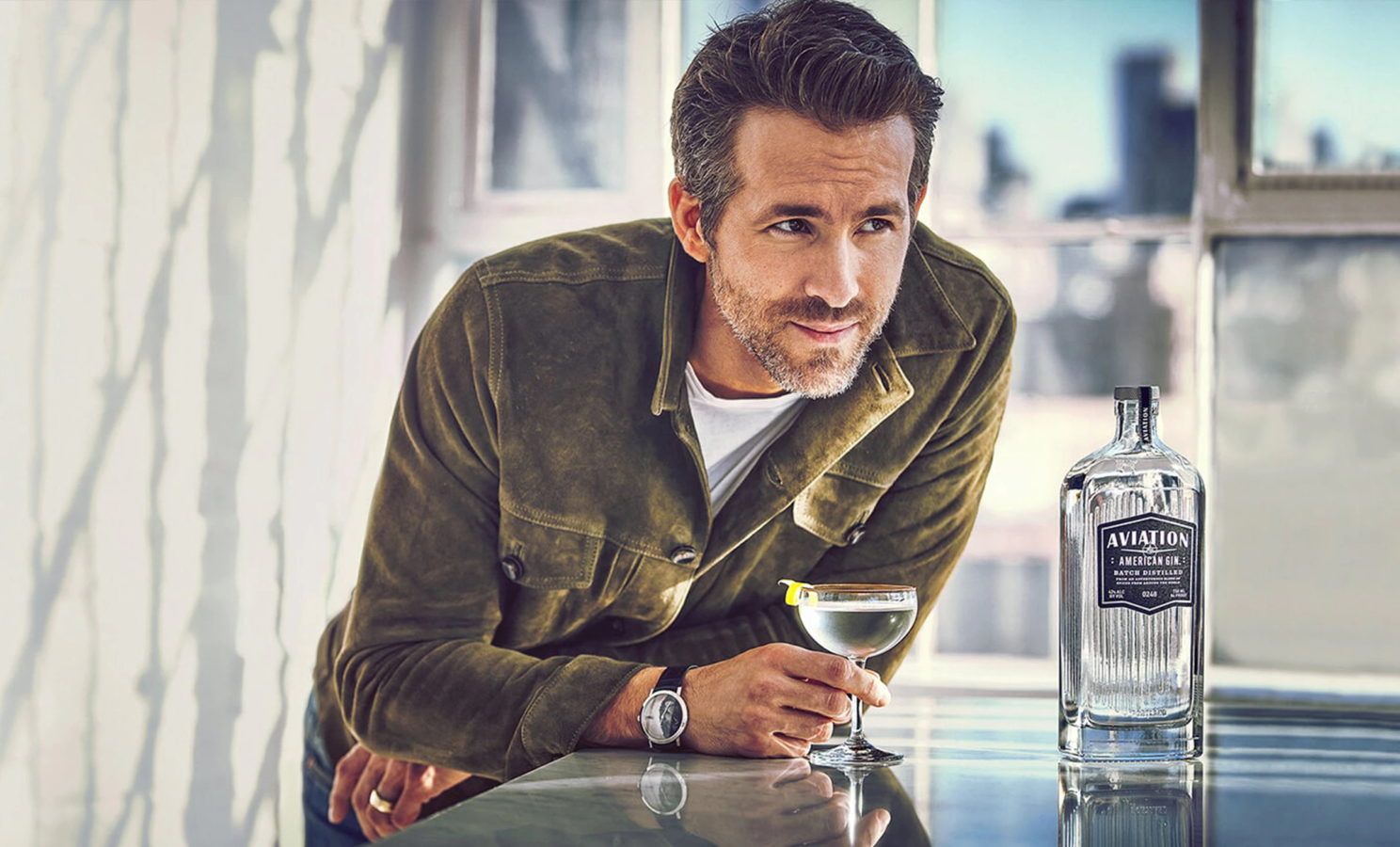 Wine & Dine
These are the best and worst celebrity alcohol brands, according to a recent study
Share
Next article

The world’s biggest stars are getting on the alcoholic beverage bandwagon with their own labels and brands.

Thus far we have seen a number of celebrities release their own wine and liquors. However, star power aside, not all of these tipples appease the consumer market. A recent study by money.co.uk has revealed some of the best and worst celebrity alcohol brands available in today’s market.

According to the research, Idris Elba‘s Porte Noire Rosé Wine topped the list as the best value celebrity-owned wine. Bedlam Vodka by Jason Derulo ranked as the best liquor. Drake’s Virginia American Black Whiskey however emerged as the worst liquor on the market according to the study.

Conducted by money.co.uk, the research analysed the average cost of 85 wines and liquors owned by famous faces and compared that with their star ratings on critic websites Vivino.com (for wine) and Distiller.com (for liquor) to discover which ones are the best bang for your buck.  Each price point and star rating were given their own indexable score out of 100 in order to rank them from best to worst.

After tabulating the results, Porte Noire Rosé Wine, by Luther star Idris Elba provides the best value and taste based on reviews. Scoring 85 out of 100 thanks to the average cost of £28 (S$51) a bottle and with a 4.4 out of 5 stars rating, this award-winning vegan tipple has earned its place at the top.

The second best value on the wine list goes to Invivo X Sauvignon Blanc by Sex and The City icon Sarah Jessica Parker; scoring 83.5 out of a possible 100 thanks to a 4.1 rating and an average cost of £16 (S$29) a bottle. Not only is this New Zealand number great on the tastebuds, but the bottle looks great on the kitchen counter thanks to its label being hand-designed and signed with an ‘X’ by SJP herself.

Closely following the bottle of white wine is a creation by American rapper Post Malone; called Maison No. 9 Rosé. It scored 82.5 out of 100, making it the third-best value wine owned by an A-lister. Post Malone has said the reason he wanted to create an affordable rosé – average cost of £17 (S$31) – is that it’s the drink “for when you want to get a little fancy.”

Jon Bon Jovi’s Hampton Water Rosé and Mary J Blige’s Sun Goddess Pinot Grigio Ramato Friuli are in joint fourth position and rounding off the top five best value wines is Graham Norton’s Own Sauvignon Blanc with a score of 82 out of 100 on the best value index.

The research also looked at liquor, revealing Jason Derulo’s Bedlam Vodka to provide the best value for money. Costing £16 (S$29) a bottle on average and with an impressive Distiller score of 4.5, it scores 87.5 on the best value index placing “the vodka that doesn’t burn” safely at the top.

The second liquor on the list is a gluten-free, non-GMO vodka created by Hollywood actress Kate Hudson; her King St. Vodka has a 4.4 rating on Distiller and has an average cost of £19 (S$35) per bottle, whilst third place Born and Bred Potato Vodka (by Channing Tatum) costs £17 (S$31) with a 4.3 rating.

American R&B artist, Ciara, is the owner of the fourth-best value liquor with her Ten To One White Rum, which scores 82 out of 100. Rounding off the top five liquor list is Kendall Jenner’s 818 Tequila Reposado, although it is amongst the most expensive on the list, which is about £40 (S$73) on average, it has the highest Distiller rating on the whole list with 4.9 out 5. 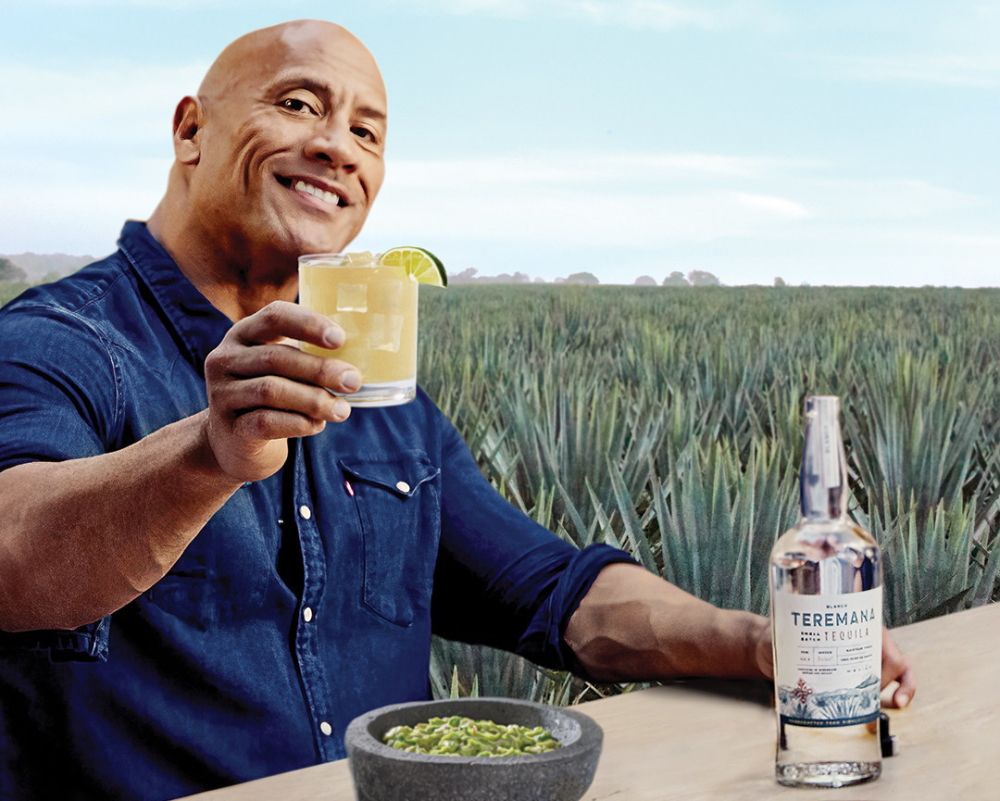 Ryan Reynolds’ Aviation Gin secured the 13th position on the list with a total score of 70. Red Notice co-star, Dwayne Johnson who is behind Teremana Tequila ranked at number 19 with a score of 66.5.

On the not-so-good-value for the money side of things is Drake’s whiskey. Named Virginia Black American Whiskey, it costs £29 (S$53) a bottle and has a below-average Distiller rating of 2.8 out of 5, giving the hip-hop artist’s tipple an overall score of 50. Scoring slightly better is Brett Ratner’s The Hilhaven Lodge Whiskey with an overall score of 52.5, followed by David Beckham’s Haig Club ‘Clubman’ Single Grain Scotch Whisky scoring 53 out of 100.

Check out the full list of the best and worst celebrity alcohol brands here.