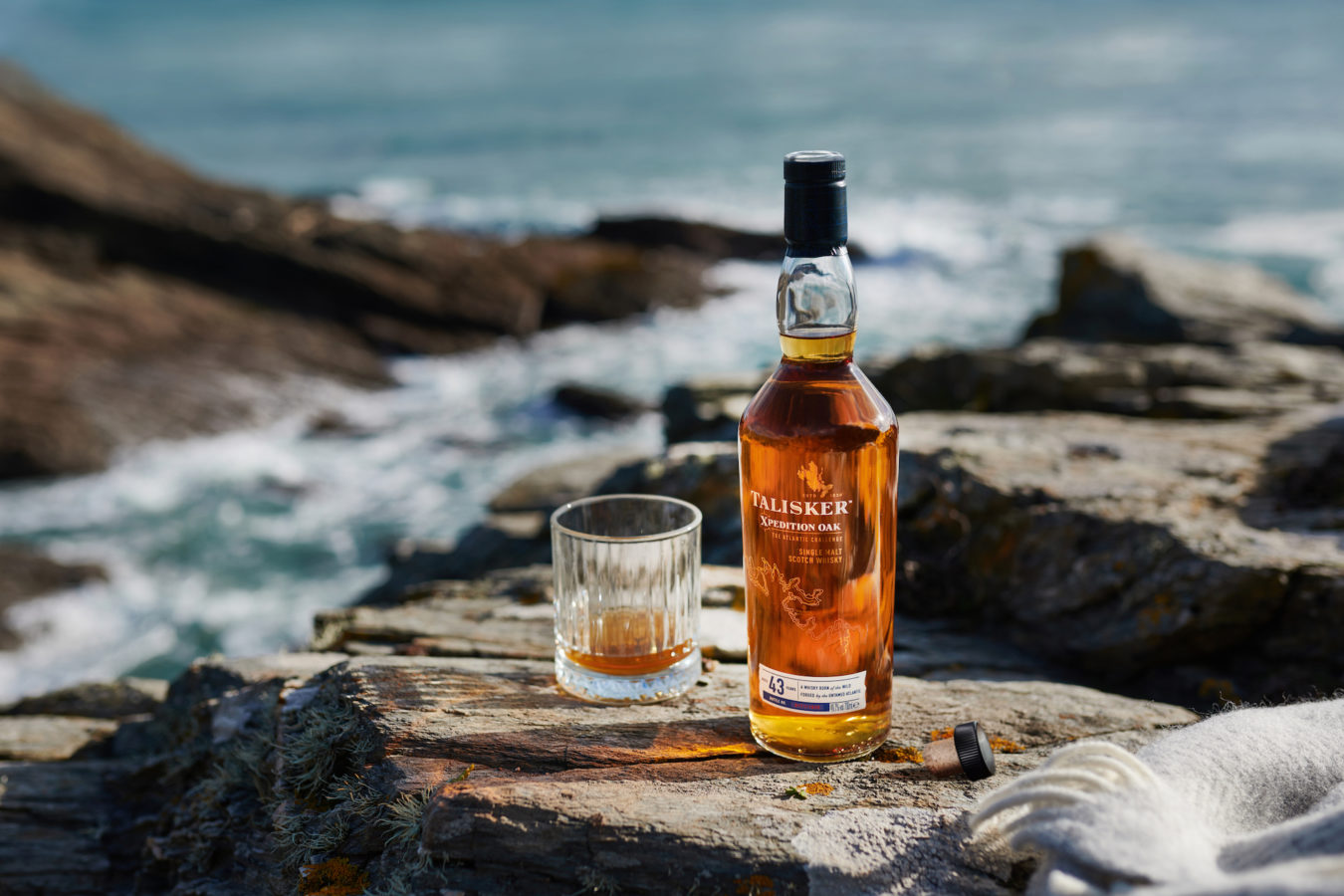 In January 2020, as the pandemic first began to unravel, James Aiken embarked on a solo expedition across the Atlantic Ocean.

He was to single-handedly traverse the same route taken by the rowers of the Talisker Whisky Atlantic Challenge, where competitors race across more than 3,000 miles of untamed sea from La Gomera, Canary Islands to Antigua. Onboard his boat The Oaken Yarn were wooden staves, which Aiken would place on deck at various stages of his 24-day voyage. These staves, licked by the sea and kissed by the sun, later became part of the 10 special casks made to finish Talisker’s newest — and oldest — expression to date.

The journey is as arduous as it sounds. “Heading out to the ocean alone is a serious commitment and the Atlantic is the longest stretch I have undertaken,” says Aiken. “I prepared physically for months before, knowing that the strain of sleep deprivation and constant physicality would add up. There were days that I went 48 hours without being able to get any rest due to breakages in the rigging which I had to fix before I could stop and get any sleep in the cabin.”

They say difficult paths lead to beautiful destinations, and proof is in the 43-Year-Old Xpedition Oak. Nurtured for over four decades, it’s the quintessence of the Talisker’s distinct style and character, with intriguing sea-salty notes, smoky-sweet flavours of bruised apples and a warm, peppery finish. “It didn’t disappoint,” says Aiken. “There is such a depth to the experience that really embodies the age of the whisky and care involved in its creation.” What makes the single malt even more desirable is its rarity: only 1,830 bottles are released, in honour of the year Talisker’s founders went on an odyssey that led to the opening of the distillery. This isn’t the first time Aiken and the Scottish distillery have worked together. “I directed a film project with Talisker in 2019, so I got to know the brand well then,” Aiken says. “It was clear that we share similar values, including our love of and affinity with the sea. I believe that endeavouring into the outdoor realm is healthy and expansive, mentally and physically, and whether it’s hiking mountains or exploring local woodlands, there is always something fresh to experience and Talisker shares this ethos.” 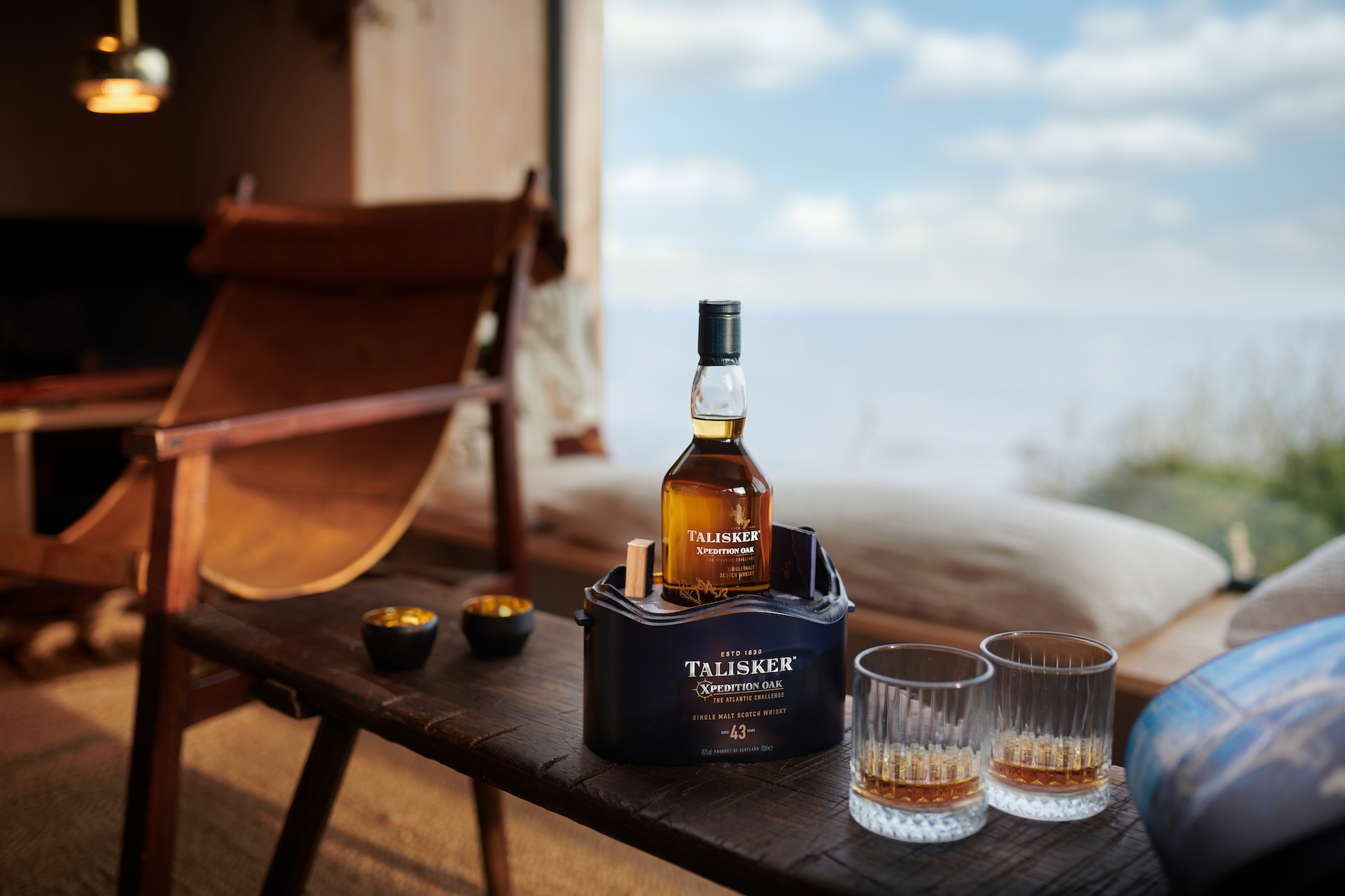 Of course, the lifelong sailor took away more than spectacular whisky from his collaboration. “This expedition taught me even more to connect with nature’s elements in an entirely new way. The crossing was an almost meditative experience: both challenging and a joy. Any difficult times were overshadowed by the incredible experience of solitude and natural connection. Wild nights under starry skies and images of strange flashing phosphorescence — these are all etched into my memory.”

Each bottle comes with a piece of one of the staves that accompanied Aiken on his epic nautical adventure to transport you through the vastness of the Atlantic to the picturesque Isle of Skye as you savour Talisker’s finest.

The Talisker 43-Year-Old Xpedition Oak is part of Diageo’s Rare and Exceptional portfolio.

KOKS, the world’s most remote Michelin-starred restaurant is coming to Singapore