These are the most expensive Asian whisky brands 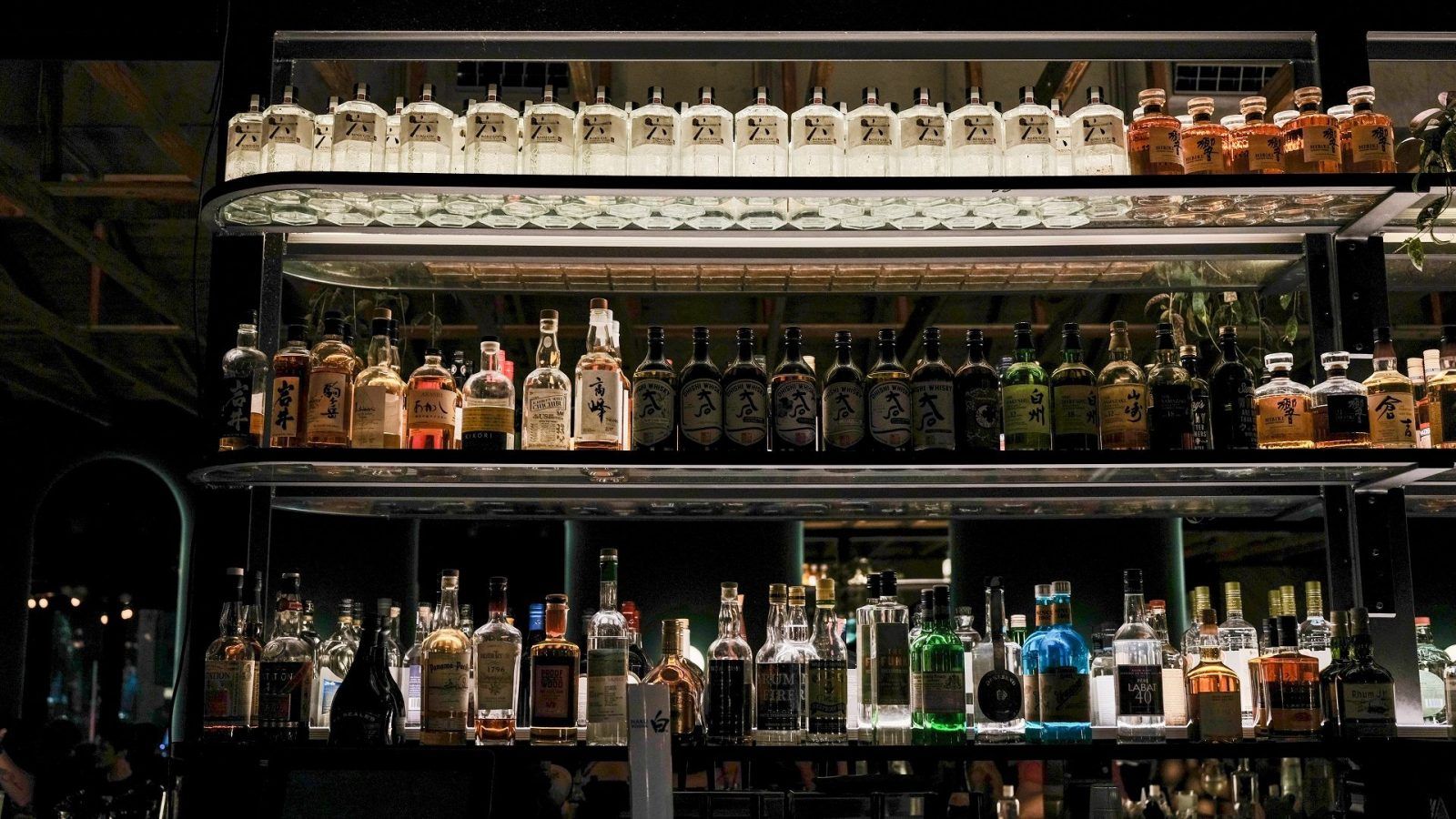 Whisky is a delicious, complex and refined drink, compelling collectors to shell out vast fortunes for a decanter of that perfectly aged single malt. Owing to the category’s burgeoning popularity, several Asian countries including India, Taiwan, Bhutan and Indonesia are venturing into the business of producing exquisite export quality malts. Curious to know about the most expensive Asian whisky brands garnering attention from connoisseurs across the world? Read on to know more.

Formerly, not many Asian countries were producing whisky except Japan, since the process is dependent on specific weather conditions. However, with distilleries struggling to keep up with the increasing demand for rare, collectible whiskies, several Asian brands such as Amrut, Paul John and Yamazaki are venturing into the space and upping their game to fill the void. The brands are offering expensive single malts which are expertly crafted, aged and bottled in gorgeous decanters. If you are a whiskey lover, you should definitely try the incredible drams that elicit the climatic influence of Asia’s subtropical areas.

Although age statement bottles from Japan such as Hakushu 18 and Yamazaki 25 may remain elusive and wildly expensive, other budding Asian whiskies are all set to become some of the most sought-after malts out there.

The most expensive Asian whisky brands for your collection

Founded by Ichiro Akuto in 2004, the Japanese Chichibu produces only limited quantities of their blends in small batches at a time, making it even more difficult to source, and hence adding on to the price. The brand curates and amalgamates whiskies from other countries including Scotland, the USA, Canada, Ireland and Japan, which produces a rich, smooth and world-class blend.

The Hanyu distillery’s Playing Card Series is a rare and timeless set that was inherited by Venture Whisky, the owner of Chichibu Distillery. The entire 54-bottle collection from the series was snatched up for a whopping USD 3,90,000 (INR 31 million approx.) in a Bonhams Hong Kong auction.

Most memorable blends from the fast-emerging brand include Ichiro’s Malt Chichibu ‘The Peated’ 2015 Cask Strength and Ichiro’s Malt Chichibu ‘On the Way’ Single Malt. Another limited edition label from the brand is the Chichibu US Edition 2020. The price range of the Chichibu whiskies is between USD 180 and USD 8000 (Rs 14,500 and Rs 6,35,000 approx.), depending on the exclusivity of the bottles and blends.

The Yamazaki distillery is the first and oldest malt whisky distillery in Japan, which played a pioneering role in establishing the global reputation of Japanese whiskies. Started in the 1920s by liquor importer Shinjiro Torii, the distillery was named after the Vale of Yamazaki in Kyoto, the location where it was built. Torii was already renowned in the spirits industry for importing and selling European wines in Japan under the Suntory label (formerly known as the Kotobukiya Company).

Bottled in stunning decanters, the most iconic and rare whiskies that the distillery produced throughout history include the Shirofuda Whisky (1929) which was their very first product, Kakubin (1937), and their debut 12-year-old Yamazaki Japanese single malt whisky (1984).
The brand’s whiskies took off in the 1990s, giving birth to popular expressions such as the Yamazaki 18 Year Old (1992) and the Yamazaki 25 Year Old (launched to commemorate the 100th anniversary of Suntory).

Yamazaki’s various whiskies have earned many accolades over the years including a Gold Medal at the International Spirits Challenge in 2003. The Yamazaki Sherry Cask 2013 notably bagged the title of Jim Murray’s World Whisky of the Year in his 2015 Whisky Bible.

The first edition of Suntory’s Yamazaki 50-Year-Old Single Malt Whisky was sold for a whopping USD 1,29,000 (Rs 10 million approx.) at an auction, securing a place in the legendary Guinness World Records by claiming the highest price ever bidded on a single standard-sized whisky bottle.

Priced at over USD 3,40,000 (Rs 27 million approx.), only 150 of these bottles are released each year, leaving collectors in a frenzy to acquire the elusive collectible. The silky smooth and delicious whisky is bottled in Mizunara or Japanese oak casks.

Paving way for the emergence of whisky culture in Japan, Shinjiro Torii’s Suntory established its subsidiary Hibiki in 1989. Since then, the company has developed several celebrated whisky brands that have made their mark in the malt game across the world.

Hibiki offers harmonious blends of countless malt and grain whiskies from Suntory’s acclaimed distilleries, and is hailed as an icon of Japanese luxury from the award-winning House of Suntory Whisky. Known for its blended spirits, Hibiki produces a couple of rare expressions, including the age statement bottles of Hibiki 21-Year and 30-Year, coveted by whisky enthusiasts globally.

One of the expensive editions of the Hibiki whisky sold is the Suntory Hibiki 35 Year Old (Tokuda Yasokichi III), with a selling price close to USD 50,000 (Rs 40,00,000 approx.). With only 150 bottles of this elegant blend ever produced, it is a collector’s dream to own one of these.

Kavalan has been the recipient of 210 gold awards. Armed with a brilliant R&D team, a master blender trained from the UK and an international whisky consultant, the company makes 5 million bottles every year to keep up with the demand.

Aged in American oak bottles in strong humidity and heat, Kavalan whisky borrows notes from the sea and mountain breezes and the Snow Mountain’s spring water, which gives it the signature creaminess. It is available in 40 countries.

The brand’s award-winning whiskies include malts and blends from The Solist series, including the Fino Sherry and Ex-Bourbon Cask produced in sherry casks.

Established in 1948 and available in over 40 countries, Amrut Distilleries is a company based out of Bengaluru, India. Although the brand has been around for quite a while, it was not until 2004 that the first Amrut single malt was launched in India. This was a pioneering feat because ageing malts in India is a complicated process, owing to the country’s high temperatures and humidity. Before this, the brand predominantly produced rum, gin and vodka and utilised whisky only for blends.

First released in Scotland but now seen on shelves worldwide, the brand’s whiskies have been earning considerable acclaim and awards despite being new in the single malt game. In tropical countries, the weather forces the malt to mature rapidly and drives up the percentage of whisky lost to evaporation (known as angel’s share) each year – 16 percent in India as compared to 2 percent in Scotland.

Amrut offers a diverse range of peated and unpeated malts with cask strength, complex notes and lingering finishes. The age of the whiskies start from 4 years, going up to 12 years, which is their oldest and most expensive release yet.

Grabbing the title of India’s first ever 12-year-old single malt to hit the market, Greedy Angels Chairman’s Reserve features delectable tropical notes and is sold at a price of USD 1000 (Rs 80,000 approx.). Bottled in glistening crystal decanters, only 100 bottles of the whisky have been produced.

Having a distinctive and proud Indian identity, Rampur Indian Single Malt is produced in the cool Himalayan weather by Radico Khaitan (formerly known as the Rampur Distillery & Chemical Company Limited). Although the parent company was founded in 1943, the first single malt was not introduced until 2016. The asian whiskey brand takes advantage of the exquisite Himalayan groundwater, soil and air, which lends a unique complexity, flavour and note to their whisky.

The brand carefully distils its malts using smaller wash stills and larger spirit stills and different types of yeasts to ferment the wash. Wash still is the container in which the fermented liquid or ‘wash’ is distilled for the first time and is heated later. Technically the spirit is evaporated and then condensed back to a liquid. This retains the flavour and aroma of the whisky, making the brand’s whiskies worth the price.

The most expensive asian whisky produced by the brand is the rare, limited-edition Rampur Signature Reserve, priced at USD 1000 (Rs 80,000 approx.), which is one of the oldest single malts in the country. The dark, amber-coloured whisky features strong notes of sherry, creamy vanilla, fruits and sweet toffee which beautifully contrast the spicy undertones of cinnamon and wood. Only 400 bottles of this whisky have been produced, a majority of which have already been sold.

Another Suntory subsidiary, the Hakushu distillery was founded by the company’s second President Keizo Saji at the foot of Mount Kaikoma in the Southern Japanese Alps in 1973. Located in a gorgeous bird sanctuary, the Hakushu distillery is known for their distinct method of producing whiskies by employing peat ovens for a smoky flavour, similar to known Islay single malts such as Bowmore and Ardbeg.

Established in 1996, Paul John was a forerunner in the Indian single malt production, placing it on a global map. Headquartered in Bengaluru, the unpeated malt is produced in Goa, which adds breezy tropical notes and salty undertones to their whiskies.

The most rare and expensive asian whisky offered by the brand is Paul John Mars Orbiter, named after the path-breaking Mars Orbiter Mission or Mangalyaan, which made the country Asia’s first to reach the Martian orbit. Priced at approximately USD 500 (Rs 40,000 approx.), the makers have paid tribute to the historic event by producing a limited edition single malt with the same name. Less than 15 bottles of this whisky are available for sale in India.

The Mars Orbiter offers intense aromas of peat with hints of orange peel, butterscotch and honey. Exquisite notes of nuts, star anise, dark fruits, raisins and mocha hit the palate as you savour your first sip.