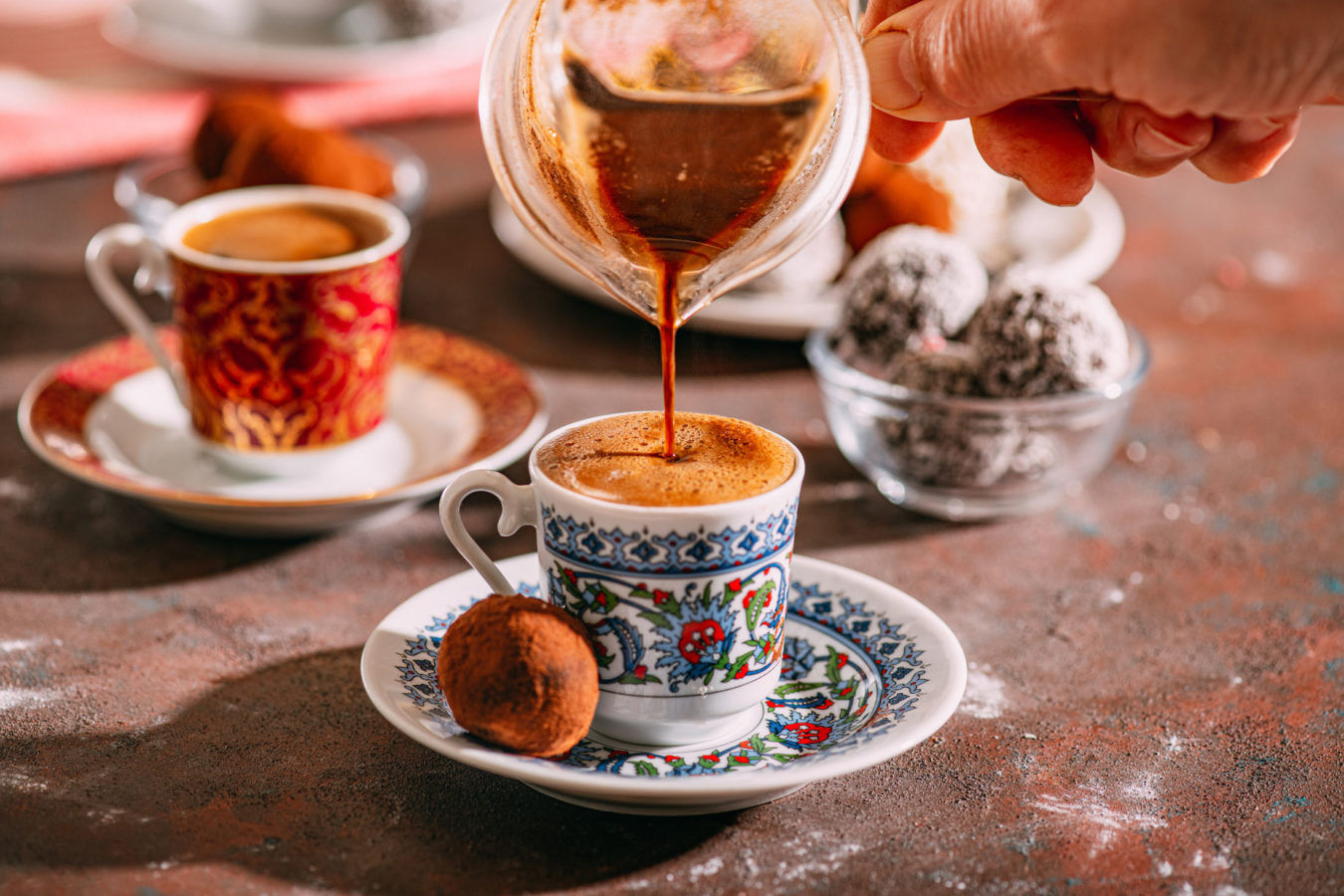 If there’s one ingredient that transcends borders, it’s coffee. Featuring eclectic ingredients and distinctive methods of preparation, there’s a host of unique ways to get in your caffeine fix beyond the usual cappuccino and americano. We’re going around the world through these delicious and unique coffee recipes.

Most people begin their day with the familiar ritual of sipping on a cup of something caffeinated. While some shuffle over to the nearest cafe for their morning Joe, others carefully craft their concoctions with ingredients that are familiar faces at their local grocery store. And if you’ve got an adventurous palate, there’s a world of delicious and fun coffees to discover.

Some have meticulous steps of preparation, others feature ingredients like eggs and avocado. Each elevates the usual coffee, sugar, and milk (or water) formula and offers insight into how different cultures can influence one’s approach to java. Add these unique coffee recipes to your repertoire.

Add a global flavour to your cup of coffee with these 12 unique recipes:

Vietnamese iced coffee might be all the rage across cafes at the moment, but cà phê trúng (egg coffee) is just as popular in the South Asian country. This recipe involves beating an egg yolk with sweetened condensed milk until it turns airy and creamy. It is then poured on top of hot espresso or iced coffee.

It was believed to have come about in 1946 in Hanoi when a bartender at the Metropole Hotel experimented with eggs and sugar for coffee due to a shortage of milk in the country. The recipe has since taken the country by storm and is a creamy, decadent, and sweet way to start your day.

This traditional coffee is a fragrant concoction of Arabica beans, cardamom, sesame, corn, soybeans, and rice. It also features condensed milk for an indulgent hit. The name merges the words “O” which translates to black and “liang,” which refers to something being cold.

The beverage is found at almost every cafe and restaurant in Thailand and has smoky, sweet notes. All you need is the traditional Thai coffee blend that’s available across Asia (In India, look for Pantai Oliang Powder), condensed milk, sugar, and ice and you’ve got yourself a refreshing beverage!

The iconic boozy Irish coffee has been around for decades, perfect for a fun late-afternoon pick-me-up on the weekends. It was created by chef Joe Sheridan who was working at a restaurant opened to cater to travel-weary passengers at the then-largest civilian airport in Europe, Foynes Port.

His concoction, meant to cheer them up, received several accolades and soon became an airport speciality, travelling to different parts of the world. Ingredients for this beverage include brown sugar, whipped cream, Irish whiskey, and freshly-brewed black coffee. You could also switch the whiskey for Bailey’s if you’re feeling indulgent.

A popular coffee beverage that hails from Spain’s Basque Country, Cortado is all about striking a balance between espresso and steamed milk. This combination allows the milk to mellow out the sharpness of espresso without taking away its nuances. The word Cortado comes from the Spanish verb cortar, or “to cut,” which is a nod to the milk cutting through the coffee. The balance is often at a 1:1 ratio and coffee aficionados appreciate the simplicity and novelty of this recipe and you’ll find this concoction featuring across cafes around the world.

Pop by a sidewalk cafe in Germany and chances are you’ll find people savouring this dessert-like coffee. This unique coffee recipe for eiskaffee calls for coffee and ice cream and often involves other additions like evaporated milk, chocolate shavings, and whipped cream. Served in a tall glass, this summer staple is the perfect marriage of childhood pleasures with adult sensibilities.

Considering how it produces a large chunk of the world’s coffee, it’s no surprise that Brazil has a thriving coffee-drinking culture. A popular summer treat in the region is the mocha cola which, as the name suggests, combines strong coffee with chocolate milk and fizzy cola.

While that might seem unusual, it makes for a refreshing kick on exceptionally scorching days. You could top this with ice cream or whipped cream or serve it frozen as many restaurants in Brazil do.

A nod to Hong Kong’s love for tea, the region’s most popular coffee features classic Ceylon tea, which is combined with robust drip coffee, milk, and sugar. Some versions add condensed milk. The caffeine hit is mellow and the drink can be served hot or cold.

While we’re on the subject of unique ingredients and concoctions, we’d be remiss not to include this delightful iced coffee from Indonesia, which features a beloved breakfast fruit, avocado. Often consumed as an afternoon snack, Es Alpukat Kopi translates to “iced avocado coffee,” and the indulgent beverage reflects the Indonesian culture of serving avocado with chocolate syrup or cocoa.

Coffee is a lifestyle in Sweden, which happens to be at the top of the list of the world’s biggest coffee consumers. Perhaps even more important than a morning shot of caffeine is the afternoon coffee break, known as fika, where people sit down to enjoy a cup of Joe with kanelbulle, Swedish cinnamon roll or chocolate cake. Served alongside these sweet treats is the classic North Swedish kokkaffe or boiled coffee.

The recipe is quite simple and involves adding coarsely ground coffee to a pot with water and bringing it to a boil. A few variations boil four or five times as well and you could do the same, based on your preferences. Although milk is not a part of the classic recipe, you could add it in to mellow the drink out. Strain into a flask and serve hot.

Popularised by Viennese coffee houses, Wiener Melange is quite like a cappuccino but is made with milder coffee. The classic recipe calls for half a cup of brewed coffee with half a cup of cream, topped with milk foam. At times, whipped cream and cocoa powder are added to the mix.

The term comes from the German term for “Viennese mixture,” referring to the origin and popularity of the drink and Wiener Melange is usually served with a glass of water to cleanse the palate between sips and prevent dehydration. You could serve the foam on top of the coffee or stir it in for the flavours to combine well.

The French enjoy their morning cup of Joe with equal parts steamed milk and freshly-brewed coffee. A lot like the more common cafe latte, this recipe calls for a strong coffee instead of the usual espresso, ideally one made with a French roast. To assemble, pour the coffee and milk in at the same time, in the same proportions, two feet above the cup. Serve in a large cup alongside a few croissants.

Perhaps one of the most summer-friendly coffee recipes out there, this classic Portuguese coffee merges iced coffee with lemon juice or lemon soda. Often called the original iced coffee, this concoction has the bold flavour of espresso, cut by the acidity of lemon. The legend goes that lemon juice was originally added to improve the flavour of low-quality coffee beans.

However, now the beverage is a local favourite, with many cafes using high-quality ingredients for it. White sugar and honey sweeten the deal and it’s best served iced.