What to drink right now: How unusual spirits, hard seltzers and Chinese wines are disrupting the alcohol industry 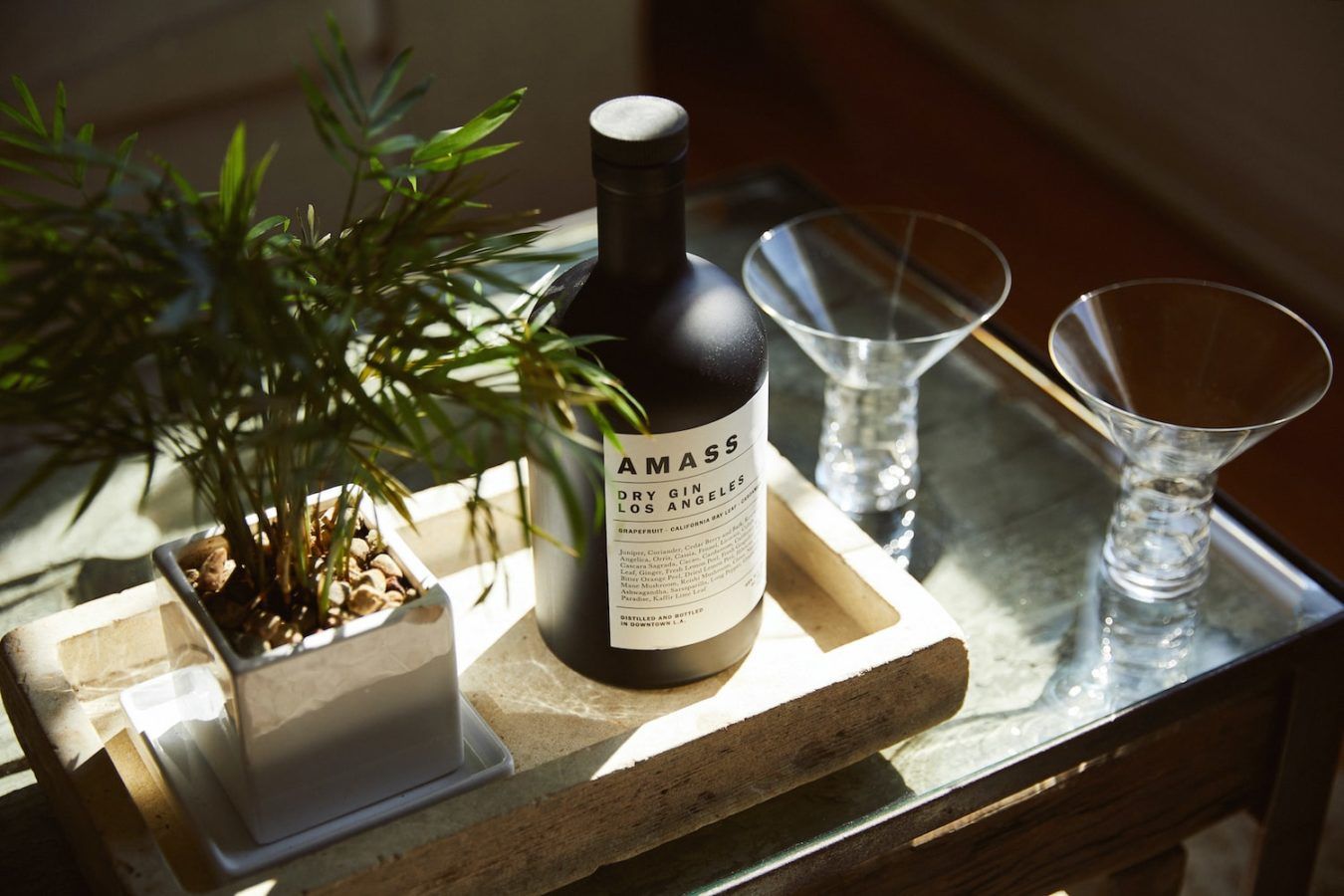 Wine & Dine
What to drink right now: How unusual spirits, hard seltzers and Chinese wines are disrupting the alcohol industry
Share
Next article

With unusual spirits, hard seltzers and China’s biodynamic wines gaining popularity, your home bar is about to get a lot more interesting. Crystal Lee surveys the booze landscape for the hottest alcoholic beverages to stock up next.

Building a decent home bar isn’t a one-time or a one-sided affair. While a few excellent bottles of Scotch and a cabinet full of French vintages are all well and good, a refreshing spritz may better quench your thirst on a warm balmy evening. In other words, upgrade and diversify your personal collection with some of the newest and buzziest brands in the market today.

There’s no two ways about it: Every bar has gin. Since the ginaissance, the world of gin has grown exponentially in recent years as distilleries old and new tinker with the formula. An exciting new product to add to your bar cart is from Amass, a two-year-old LA-based label with a curious portfolio that deviates from those of traditional spirit companies. Besides gin and vodka, the self-proclaimed “modern-day botanics brand” offers a tidy range of personal care items including soaps, lotions, bath salts, candles and, of course, hand sanitisers.

“We’ve always felt that our core values of quality, ritual, storytelling, and community were not limited to alcohol,” explains founder, chief product officer and master distiller Morgan McLachlan. “That’s why we make clean botanics for both social and self-care rituals. We believe in taking time for small, sensory pleasures.”

Its first and best-selling product, the Dry Gin (available at Lazada), is an award-winning, wonderfully complex spirit that encapsulates the terroir of Los Angeles. “Consumers love the sleek, minimal aesthetic of the bottle as much as they love what’s inside of it – 29 natural botanicals, including adaptogens like ashwagandha and reishi mushroom, as well as culinary ingredients like lime leaf and hibiscus,” says McLachlan. It’s a citrus-forward gin that takes the good ol’ G&T to new dimensions with earthy, herbaceous notes and a peppery finish.

Where Amass is breaking the mould of what is typically expected of an alcohol brand, Copenhagen-based distillery Empirical Spirits is defying traditional liquor categories with its own genre-bending bases. Every bottle is like nothing you’ve ever tasted; the Fallen Pony Blend (available at hopshop.com.sg) is a case in point. Made with quince, barley koji, Belgian Saison yeast and pilsner malt wash, it’s lusciously sweet – think Japanese melons – on the nose, tastes somewhat like a ginger-peach kombucha and finishes with a satisfying burn in your throat. They also make a mean hot sauce.

Helmed by Noma alumni Lars Williams and anthropologist Mark Emil Hermansen, Empirical calls itself a flavour company, where techniques and technologies in brewing and distilling are pushed to their limits in the name of innovation. “I don’t believe in perfection,” says Williams of his creative methodology. “Yet, in the same breath, I don’t believe that anything is ever good enough; there is always a way to make things better. To that end, every member of the team is constantly tinkering – to make our brewing better, to change the vacuum curve on the stills for a particular botanical, to fabricate a special mill for the hot sauce.”

In a time where our appetite for exotic experiences are begrudgingly curbed, Empirical’s delicious, groundbreaking and thought-provoking spirits are a salve for our collective cabin fever. Their unique bottlings are proof that we can still explore uncharted territories while sheltering in place. “Rules are meant to be broken because they’re often inane and set up by a particular group of people who happened to be in a position of power at a particular time,” Williams adds. “When we realised that our spirits literally could not fit into any existing category, it was incredibly liberating. Anything was possible.”

Get low in calories and ABV

If anything above 20 per cent ABV feels a little too much on “low-key days”, you’ll be hard-pressed to turn away from a spiked seltzer. This favoured alcoholic sparkling water, also referred to as hard seltzer, has gone viral in the last two years, boosted by its health-forward appeal. In 2020, sales skyrocketed 160 per cent to US$4.1 billion (S$5.4 billion), according to Nielsen’s data. Business consulting firm Grand View Research also predicts that the global hard seltzer market will hit US$14.5 billion by 2027.

How hard seltzer is made varies with brands, although most derive their alcohol content from fermented cane sugar or malted barley and flavourings from natural ingredients, resulting in a low-cal, low-carb drink perfect for the warm weather. The most prominent players in the category are White Claw and Truly (both stocked at thirsty.com.sg), but their lion’s share is likely to shrink as new products enter the scene. Amass and Empirical are among the growing number of brands to jump on the fizz craze. Big names have also crashed the party: Bud Light, Corona, Heineken, Somersby and even Coca-Cola (via its Topo Chico brand) are now offering hard seltzers.

Dave Langlands of Australian brewery Moon Dog believes the drink is more than just a passing fad. “The drive of ‘better for you’ food and drinks is not slowing down and seltzer is beer’s answer to this. I expect to see hard seltzer in every bar, nightclub, cafe, supermarket and home before long and I don’t see them going away any time soon. They just tick too many boxes.”

“Variety packs will be a big thing as they have been in the US and I also think that tap seltzer will become popular in more places,” Langlands adds. “Over 20 per cent of the tap beer we sell in our venues are seltzers and we have only had the products out for less than six months.” To support Langlands’ point, Moon Dog introduced four new flavours last month – Lemon Squeezy, Pink Flamingo (red grapefruit), Raspberry Sorbet, and Peach Iced Tea, joining its inaugural range of Tropical Crush, Strawbs & Cream, Piney Limey and Coco Mango Fizzers (available at templecellars.com). More are in the works.

Just as hard seltzer exploded in popularity, the once-fringe segment of natural wines has soared in tandem over the last few years as eco-anxiety and health consciousness grip the world. Sometimes labelled as raw, naked, wild, organic and biodynamic, these bottles, made with minimal intervention and free of conventional additives, are expected to reach US$30 billion in sales by 2030 at a CAGR of 10.8 per cent, according to Transparency Market Research.

“Much of that growth is being driven by Europe, which will account for 78 per cent of the global organic wine market by 2022,” says IWSR CEO Mark Meek. IWSR research commissioned by organic wine trade show Millésime Bio and its organiser Sudvinbio also reported that Spain will lead organic winemaking with 160,000ha of organic vines by 2023. France will follow with some 115,000ha in the next two years, while Italy will have over 96,000ha.

China, a growing force in the wine industry, is catching the trend. In 2019, the country’s oldest and largest producer Changyu announced that it was converting its 250ha Chateau Changyu Moser XV estate in Ningxia into biodynamic viticulture. “We’re at the beginning stages – also set back by the pandemic – but we foresee no major obstacles in getting fully certified (by a European body) in three years,” says chief winemaker Lenz Moser. If all goes as planned, Chateau Changyu Moser XV will be the first certified biodynamic wine estate in China.

“The ultimate goal is to develop our distinct style further using biodynamic methods,” adds Moser. “We want drinkers to recognise our wines just by smelling them. A good example is the 2014 Vega Sicilia Valbuena 5. I was able to tell my host where the wine came from immediately after tasting it blind.”

Ningxia’s continental climate of long cold winters and short hot summers is particularly suited for this ancient practice of winemaking, where little is done to disrupt the natural environment. As Chateau Changyu Moser XV moves towards organic farming, two smaller wineries in the region are already reaping the rewards of a fully biodynamic system: Domaine des Arômes’ 2014 vintage received a bronze medal at the 2016 Decanter World Wine Awards while Silver Heights’ cabernet-merlot blend The Summit (available at KrisShop) was nominated for Best Chinese Red at the inaugural Singapore Wine Pinnacle Awards 2019.

“In 10 years, all top wines around the world will be biodynamic,” says Moser on the future of wines. “It will be a given, as consumers will not accept anything less and we as growers will need to take our responsibility to the planet seriously.”

This story was first published in the May 2021 issue of Prestige Singapore.