This is why wine costs so much at restaurants 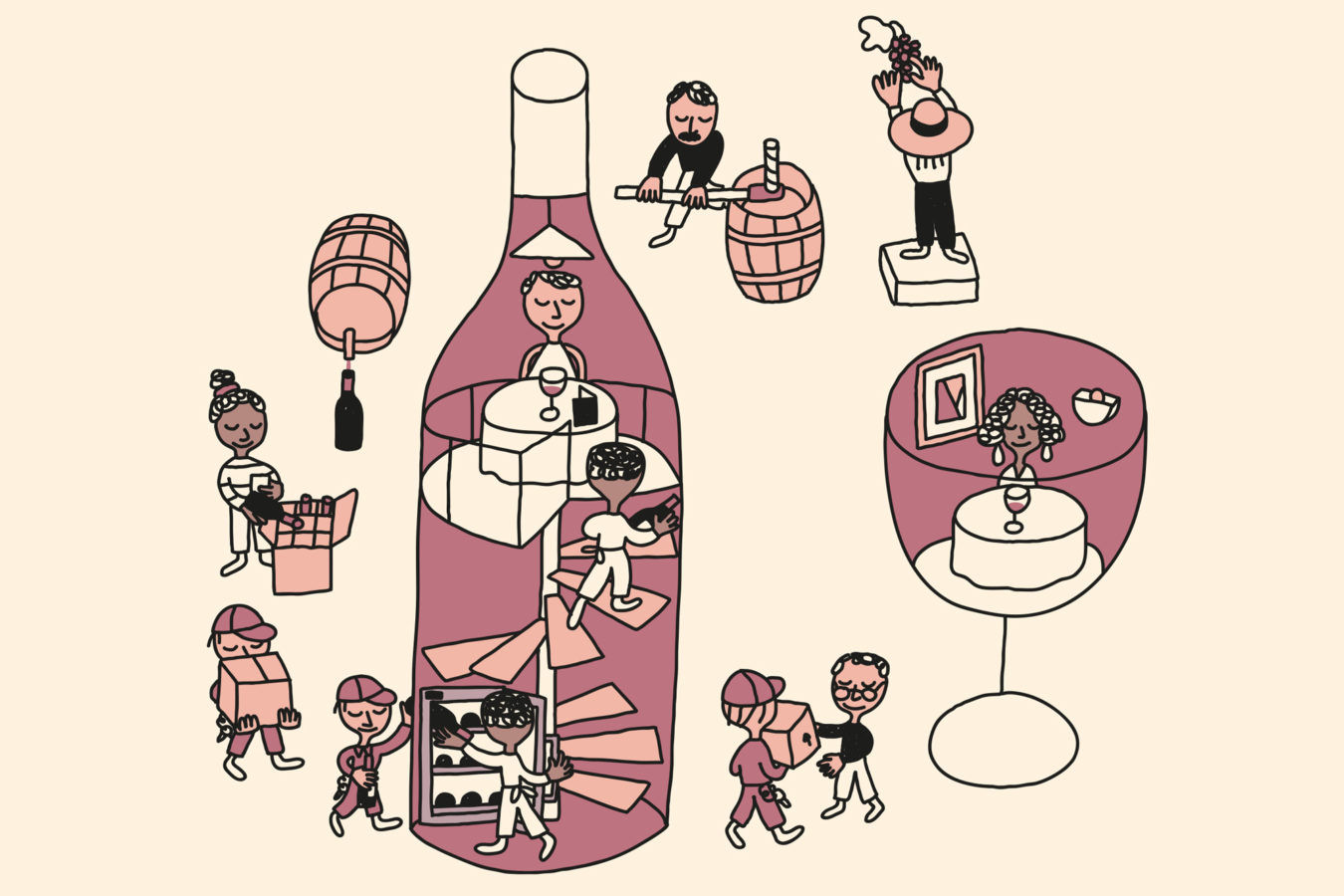 Ask yourself what you’d expect to pay for a perfectly cooked prime cut of New York strip at a top steakhouse. Now, consider what you’d be willing to pay for that same piece of meat, straight from the butcher. Most diners don’t blink an eye at the substantial price difference between the two, yet they fundamentally struggle to understand why the Napa Cab they ordered to go with that steak costs twice as much at the restaurant as it does at their neighbourhood bottle shop. “Even though we provide a service for storing the bottle, curating the list, and talking about the wine, [diners] don’t see it the same way as a big prepared steak on the table,” says Elizabeth-Rose Mandalou, beverage director and partner at WM Restaurants in Sacramento, California.

A lot of expertise and investment goes into creating that moment of excitement for a customer that comes from unearthing a new bottle from a list of intriguing, unfamiliar names, or from informative chats with the sommelier. “We establish trust. My restaurants focus on Italian varieties, and if that’s not what you usually drink, I’m confident that I can find something comparable on my list,” Mandalou says.

Next time you hear a friend grumbling about wine markups over dinner, we’ve got you covered with the facts.

According to restaurant owner Caleb Ganzer of Compagnie des Vins Surnaturels in New York City, most restaurants sell bottles of wine for anywhere between three and four times what they pay for them wholesale. This tends to be about double what you’d pay at a liquor store. So, if a restaurant buys a bottle for $15 (SGD 20) and charges $45 (SGD 60) on the list, how much of that $30 (SGD 40) is profit? Ganzer says operating costs, from rent to staffing to the HVAC that keeps the wine cellar at a tolerable temperature, means the restaurant usually sees less than 10% — in this scenario, less than $3 (SGD 4) — of that amount. “When you buy a bottle in a store, you literally just pay the retailer to have bought it and the producer to have made it. [What visitors have to factor in] are the costs that come with enjoying it in a nice place.”

Bottles are often prescreened before a taste is poured. “Most somms are tasting the wine before they even bring it to the table, so they’re not going in blind,” Ganzer says.

2. What’s the Deal with By-the-Glass

With by-the-glass wine offerings, operators charge more because of the waste potential. “You’re taking a risk; you’re opening up a bottle. You don’t know if you’re going to sell those other glasses, and you have about 24 hours to sell an open bottle [before it’s a loss].”

3. You Get What You Pay For

For people who still can’t get over the sticker shock, Ganzer respectfully points to the other side of the bar menu. “Cocktails are usually priced at five times what the cost of the ingredient is, and no one’s ever like, ‘Oh, I can just go get a bottle of liquor and make my own.'” Just as there’s expertise in making cocktails, there’s expertise in serving wine and creating an ambience — and expertise isn’t free.

At a restaurant like Compagnie, stemmed, high-end glassware costs $40 (SGD 53), whereas standard glasses can be any- where from $3 (SGD 4) – $12 (SGD 16) each. “We made the decision to upgrade all of our glassware to premium glassware at a significant upfront investment, and typically we break one to two per day on average,” Ganzer says.