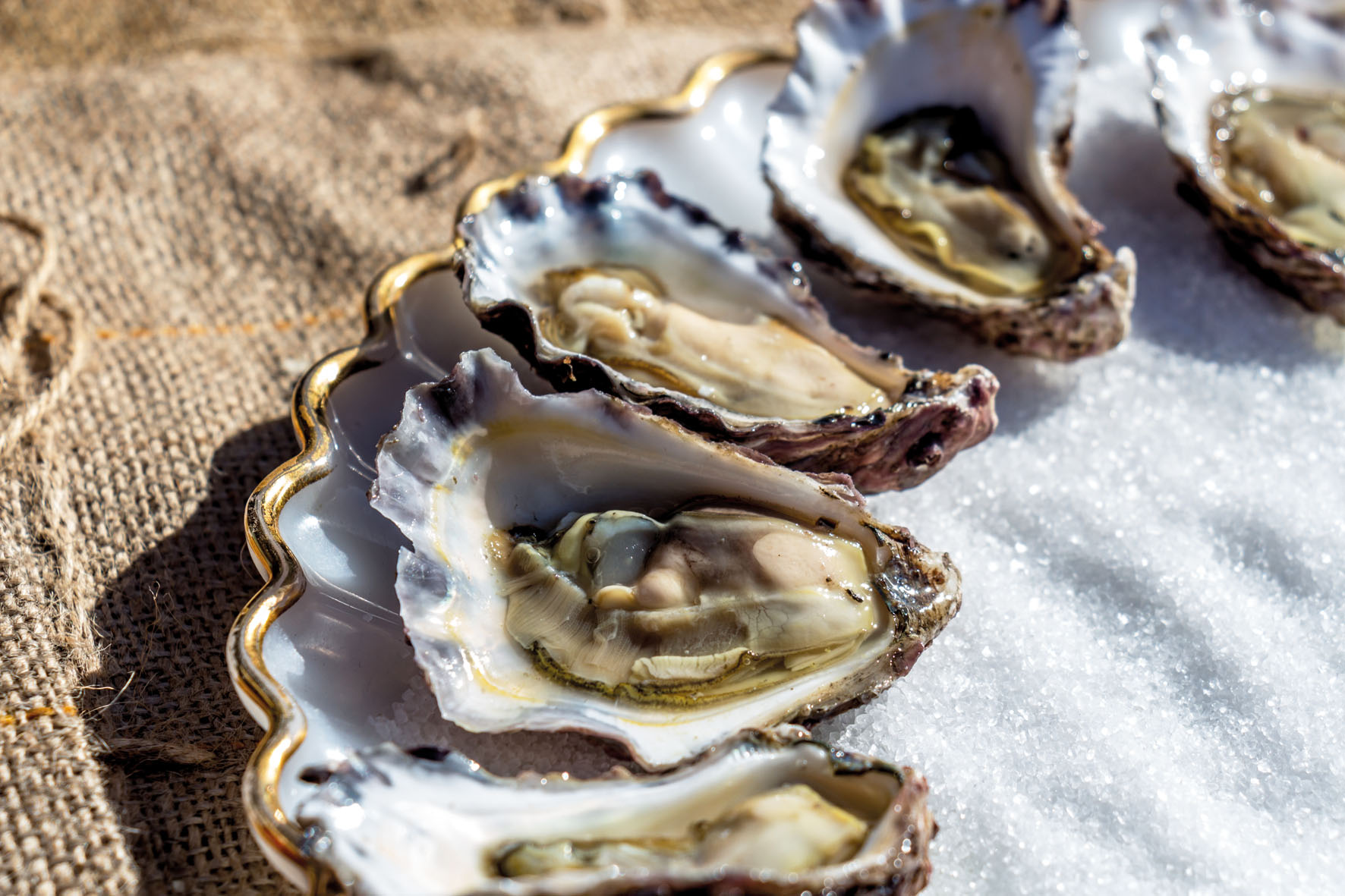 Embarking on an oyster trail in New South Wales

When I tell a friend back home that I am about to embark on an Oyster Trail along the New South Wales coast, she envisions me diving to the depths of the Pacific Ocean to unearth its pearls. But pearls weren’t in my grand scheme of things. I was off to savour the bivalve molluscs endemic to Australia, known as the Sydney Rock Oysters.

“The Aussies love the Sydney Rock Oyster and are very proud of it,” exclaims another friend, an expat in Australia for more than two decades when I meet him and his friends over dinner. I take his word and eye the glistening oysters on a bed of salt at the Opera Bar in Sydney as his friends proceed to tuck into the delicacy as if there is no tomorrow. Before the plate gets polished clean, I take a liquid-filled split shell and empty the meat into my mouth.

“Many farmers across the south-east coast of New South Wales are into Sydney oyster farming,” he volunteers.

I had heard a lot about the farmers’ struggles to maintain the lakes, estuaries along the Sapphire Coast and their endeavour to produce organic oysters. So on a cloudy day, I fly to the little fishing town of Merimbula, 523km from Sydney, to meet 49-year-old Brett Weingarth (nicknamed Sponge), who farms oyster lease in Merimbula Lake and Pambula Lake.

I board his motorboat, which he steers through the Pambula along mangroves and lagoons to the meeting point of the Pambula and the Yowaka Rivers. On the riverbed, he points towards middens of oyster shells and exclaims: “This was where the Aboriginals feasted on marine life. They specifically had the big flat mud oyster called the Angasi. Carbon dating has revealed they are over 3,000 years old.” Aquaculture wasn’t something new in Australia. It’s existed thousands of years even before the Europeans landed on this island-continent.

Over the din of the engine and the strong winds, he tells me: “The taste of the same oyster species varies region to region as per the estuary conditions. It’s the merroir.” While terroir (a term we’re probably more familiar with) determines the flavours of wine, merroir of an oyster depends on the water body, the algae it feeds on, rainfall, climate, temperature and the strength of the currents.

We move ahead and take the route to oyster lease farms where Weingarth gives me a crash course on oyster husbandry. Rows of timber trays float on the water across the large expanse. The cultivation of the larvae on slats, followed by tumbler to bags, takes three years before it is ready to be harvested. He holds on to the edge of his boat, bends and scoops out an oyster from an oyster bag floating in the water. He then shucks it with an oyster knife and describes its anatomy. Magically, a tray of shucked Sydney Rock Oysters on the half shell with finger lime wedges appear in front of me. Weingarth looks at me expectantly as I tip the soft flesh in my mouth. As with all meat, chewing releases its flavour, and surprisingly, the Sydney Rock Oyster is distinctively rich and savoury. I ask if it can be cooked. “Cooking oysters is sacrilegious and its flavour is lost. It’s best relished straight from the water,” says Weingarth. And that sums up everything. I go a step ahead and taste an Angasi when he shucks one. I find these fleshy and huge oysters milder in saltiness.

I leave Weingarth with his oysters and take the road towards Bermagui to reach Wapengo. There, 48-year-old Shane Buckley, owner of Wapengo Rocks Wild Organic Oysters, dressed in a long green apron and cap, greets me. “We work with the lake, rather than on top of the lake,” he says. Buckley has been working towards a model that is focused on sustainability and ensuring top quality of the lake. His farm was the first to achieve the Australian Certified Organic status in 2013.

“We are having a workshop on climate change in a few weeks. Climate changes, rising sea levels and acidity are some of the key areas of focus. By 2075, this area will be under water,” he tells me. Buckley’s passion and devotion towards oyster farming is very evident in his talks. While the market cost of a dozen Sydney Rock Oysters ranges from A$5 to $10, his oysters start at $12 and are sold to fine dining restaurants across Australia, including Melbourne, Canberra and Sydney. His organic oysters that have been growing for seven years cost $5 each.

“Single malt whisky, rich dark beers like Porter, sparkling wine, Australian Semillon and Cabernet Sauvignon are the best pairings for these oysters,” he informs. He stations himself in front of a table with a knife and gives me a lesson on oyster shucking. Try as I may, I fail to get it right.  He then splits the shell perfectly and hands it over to me. “Have it with its liqueur; don’t wash it off, and no lime,” he advises. I tilt the shell and lower the pale yellow flesh with its briny juices into my mouth. The creamy, buttery mollusc is perfect as I bite into it. There’s a lingering effect.

Having developed a new taste for the Rock Oyster, I am not surprised when Kevin McAsh at Batemans Bay tells me that Rock Oysters have an intense taste as compared to the Pacific and the Angasi species. True enough, the Pacific tastes bland and the indigenous Sydney Rock Oyster wins hands down. McAsh and his marine scientist-son Ewa source oysters from leading oyster farmers in Australia and sell them under the brand Signature Oysters to the top restaurants in Australia. At 69, he doesn’t look his age and lets me in on the evident secret. “I savour oysters every day. It keeps me young,” he chuckles.

Suddenly, I realise I was running late for a get-together with friends at Innes Boatshed at Batemans Bay. So I rush off to meet them. We order fish and chips and oysters, and sit on the deck watching pelicans fly past us. I notice my friends had retained the oyster tray for themselves. “Make way,” I exclaim. “Here comes the oyster aficionado.” Just like McAsh, I want to ensure my everlasting youthfulness too.