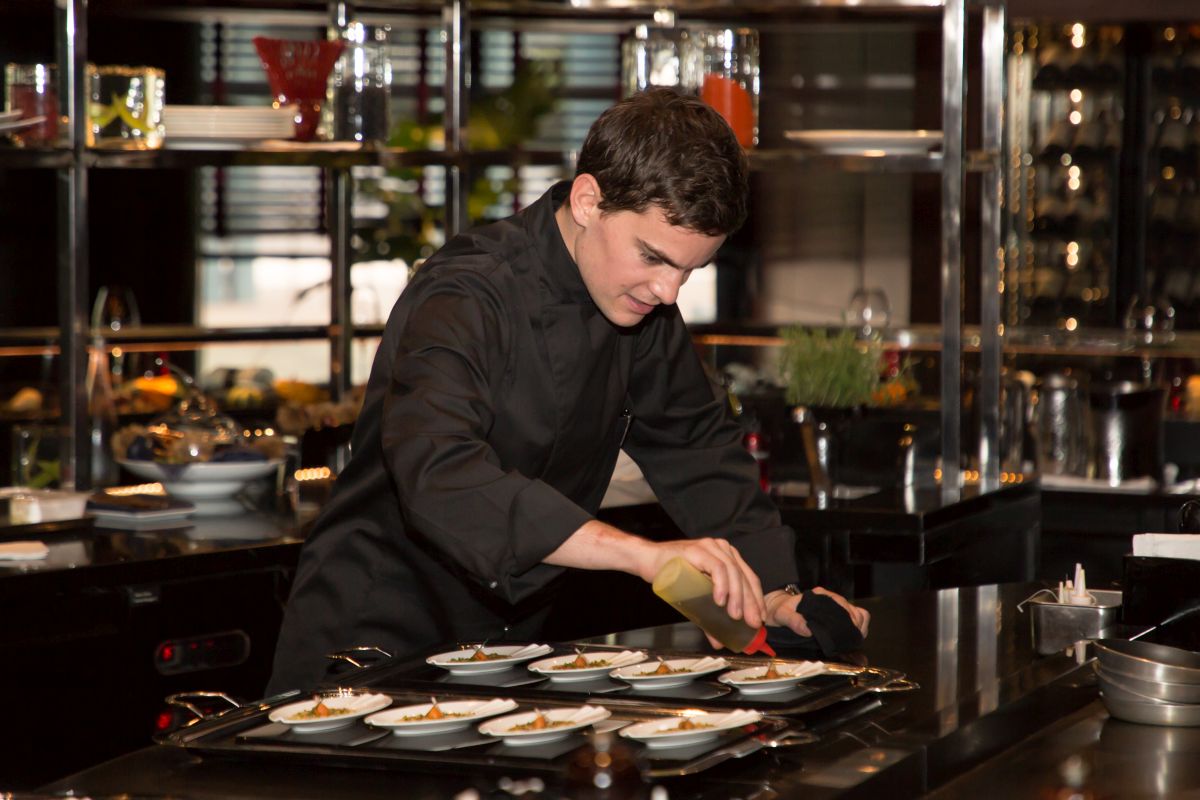 Culinary legend Mr Joël Robuchon is no stranger in the room. After all, with more Michelin stars to his name than any other chef in the world (and counting), the man is a veritable icon. The French chef and restaurateur has been famously titled “Chef of the Century” by the guide Gault Millau in 1989, but that was the only beginning. Since then, Robuchon continues to impress with his show-stopping cuisine, sweeping up Michelin stars with a sort of deceptive ease that many others only seem to covet. If you ever wondered about the philosophy behind each dish, Robuchon says that he’s always stuck by the same philosophy of cooking, since the very beginning.

“I will look at the trends, but I won’t follow them,” he says in French. “For me, it is more important to find the ingredient, which forms the base of my cooking. I want to respect the ingredient, and enhance the qualities of it. I’ve seen many different trends throughout my life, from classical French cooking to Molecular gastronomy, but I’ve always kept my philosophy around the ingredient – to extract its entire flavour without destroying it. It’s more important to me to look long-term.”

Joinié-Maurin, who now takes on the role of Chef de Cuisine at Joël Robuchon Restaurant, has been in Singapore since 2011, though he joined the Robuchon family in 2006. Robuchon shares that he was ready to have Joinié-Maurin take the lead as early as two years ago, but reasoned that there was a lack of opportunity to follow through then.

Likewise, Massot was in Singapore in 2011 to support the opening of the RWS restaurants. At the age of 26, the newest Chef de Cuisine of L’Atelier de Joël Robuchon impresses with his young age, flaunting his interpretation of Robuchon’s acclaimed French nouvelle cuisine. He says, “I will endeavor to delight guests with the theatrical dining experience and interactive open-kitchen concept that is signature of L’Atelier de Joël Robuchon.”

Indeed, guests at L’Atelier de Joël Robuchon have the chance to dine at the bar, watching the culinary virtuosos behind each explosive dish. Massot is right when he describes the food as theatrical, but more than that, the experience invites an explorative journey through the taste buds. Sweet and savoury combine in each course, leaving the diner always guessing.

“I have full confidence in Chef Joinié-Maurin and Chef Massot in taking both restaurants to new and greater culinary heights,” said Robuchon, chef and founder of his eponymous Joël Robuchon group of restaurants. “Both are among the best and most promising talents in my international team who are more than able to carry on the success and astound diners with our distinguished cuisine which many around the world have fallen in love with.”