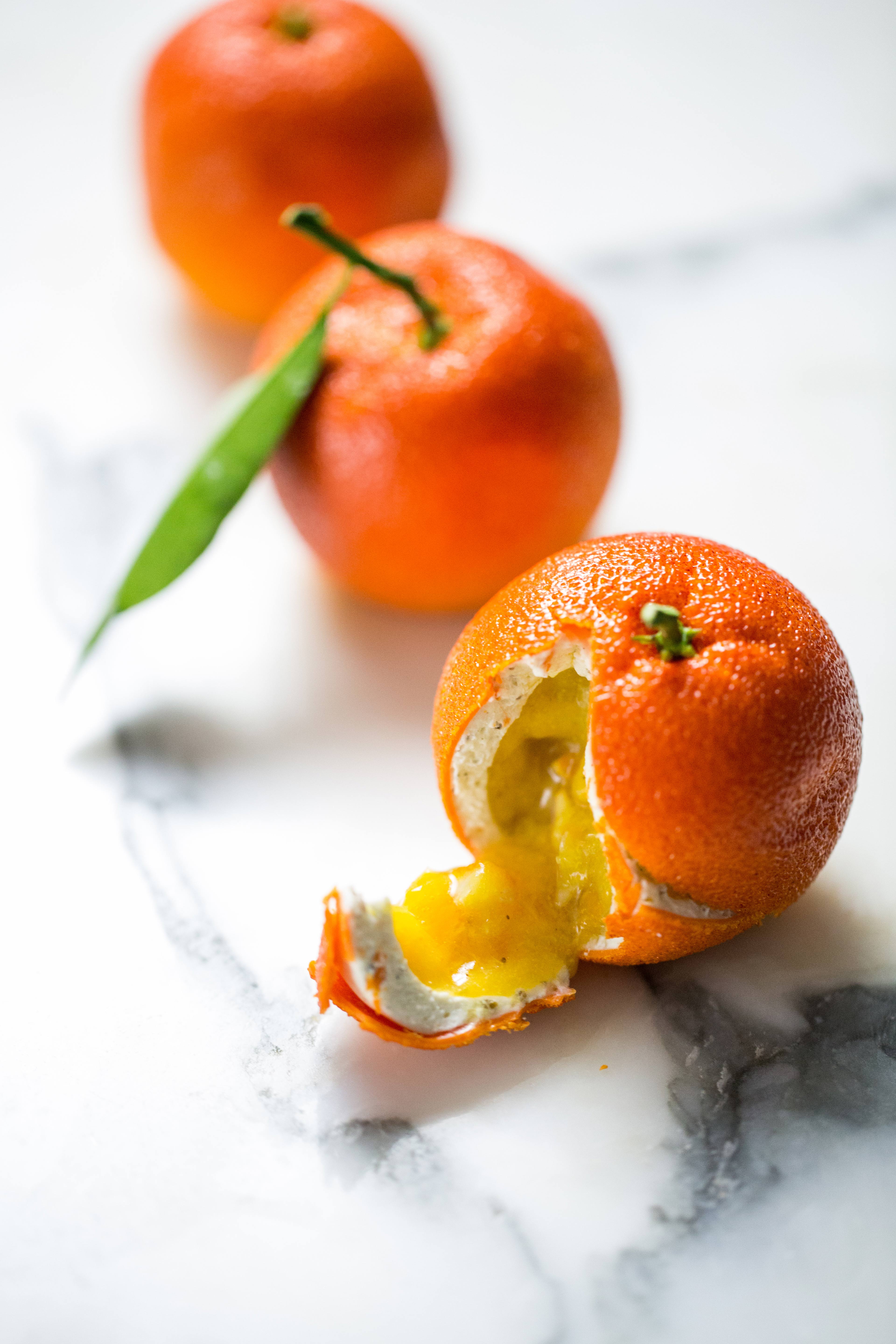 Cédric Grolet’s Instagram will make you want to cry – partly because all the desserts he posts are just so damn beautiful, partly because if you’re reading this, you’re probably not sitting at his patisserie in Paris’s Le Meurice hotel actually enjoying one of them. But more than 780,000 followers are willing to put themselves through this grief, and Grolet admits that many of the patrons who pop in for a taste of his goodies at Le Meurice are touting “Instagram, Instagram, Instagram” when they walk through the doors.

The 32-year-old chef certainly doesn’t mind the attention, though – the more people who have a chance to enjoy his whimsical pastry creations (which range from colourful Rubik’s-cube cakes to trompe l’oeil citrus fruits that, when sliced open, feature oozing centres packed with fresh produce) the happier he is. But worry not, hungry patrons who haven’t yet made it to his Parisian outpost. Having achieved the coveted title of World’s Best Pastry Chef from Les Grandes Tables du Monde in 2017, Grolet is clearing his travel schedule to start hitting the major international capitals this year, with plans for global domination in the near future.

Your desserts are often based on classics, but with one extra step beyond the norm. How do you normally determine what that extra step is going to be?

My pastries are the pastries of today, but also of tomorrow. So the pastries of today are the most classic versions, and then I try to do something more modern, and each time there are two versions. I never say that the version of tomorrow is better than the one of today, but I create a different version to attract a different type of person. My grandfather would prefer the classic, for example, but the modern version is for the younger generation. The classic cherry tart contains nothing more than the pastry base and filling, then the modern version contains fruit only, without sugar or the tarte, but many different textures of the fruit. Many things inspire me in creating: sometimes it’s a smell, or something I see in the streets, or a drawing. Everything. It changes and it’s free.

I understand you try to avoid excessive use of sugar and butter. Why is that?

That is the objective indeed. If you use less sugar, the taste of the ingredients is truer. For years and years, sugar was used to preserve, but because of modern technology and refrigeration, we don’t need it, and you can create more complex flavour profiles without sugar obscuring the taste. There are some parts of my desserts that do have sugar, and parts with less sugar, and the contrast creates more complex layers – it’s no different from gastronomy, where you wouldn’t use salt in every part of a dish, but use it selectively to highlight certain flavours.

Are you inspired by traditional gastronomy?

Yes, by the variety and distinctiveness of tastes – you have spicy or non-spicy, or when you eat French fries, you understand what you are eating, and that concept inspires me. It’s like when you enjoy a nice cut of rare beef, well flavoured with salt, along with a glass of red wine – I try to convey that sensation via my desserts.

You’ve just won the World’s Best Pastry Chef award from Les Grandes Tables du Monde. Do you know how the award is judged?

I didn’t apply for it, but I think the judges chose me because of my philosophy, and because of the tastes of my desserts, and how they represent a new state of mind in the world of pastries.

Restaurant chefs tend to get more attention and glory than pastry chefs – usually their names aren’t on the restaurant door, and there’s only a single World’s Best Pastry Chef, whereas there are 50 Best Restaurants. Is that fair?

Even here at Le Meurice, the restaurant is called Le Meurice by Alain Ducasse.

Ah yes, but now there is a project within the hotel that will open soon, and it is indeed Le Meurice by Cédric Grolet! Tea Time also hosts my name.

You have a large following on Instagram. Do you interact much with your followers?

I can’t answer all their questions, but when people comment and ask me to try another colour, or to show them another angle or the inside of the dessert cut open, I’ll post another photo for them to show them that I see and read all of their comments – but there’s just too much activity on my account. I can’t respond to everything.

How has social media changed the culinary world?

It’s extraordinary. It’s easy, and it’s a chance to have the support of the whole world without having to leave the kitchen. Every day, people from around the world are coming into Tea Time by Cédric Grolet, and everybody says they found it on Instagram.

Are chefs the new breed of celebrity?

That’s not for me to determine! But if you ask me, I don’t want to call myself a celebrity, it’s a bit pretentious, I prefer to remain simply a patissier. But if you choose to call me a celebrity, you can feel free to!

As a young, good-looking and celebrated chef, do you get a lot more female attention now?

Yes! But not enough.

Your book was just published at the end of last year. What was the idea behind it?

It’s my first book, and the name is simply Fruits, because I wished it to be a word that could be understood by everybody. I wanted to show my simple and sincere way of working, with natural flavours in particular, and to showcase how we can work with nature’s bounty without compromising it with lots of sugar and butter. Authentic textures were very important to me, so when you touch the cover, it is pebbled like the skin of a lemon, and the paper is matte, which feels closer to nature. In each photo you can see a natural element, wood or rain.

Are you thinking of your second book?

Yes, I’m writing it now. But I can’t tell you more. But it’s a very interesting subject and it’s something that no other book has explored yet.

What is the secret to your creations?

It’s fruits. But every fruit is important, no fruit is better than another, and I follow the whims of the seasons. Today I may wish to eat chestnuts, but this summer I would like to eat strawberries. The most important thing for me is fruits.

My first objective was to be a pastry chef in a palace [great French hotel] – done. The next was to be the best pastry chef in the world – done.Now I’d love to open boutiques of my own in all the major capitals of the world. I’m going to visit two countries every month to explore their culture and climate to see what types of pastries I can do there, and when I have enough information, I will begin to open boutiques. But I need to know all about these cultures to make it work.