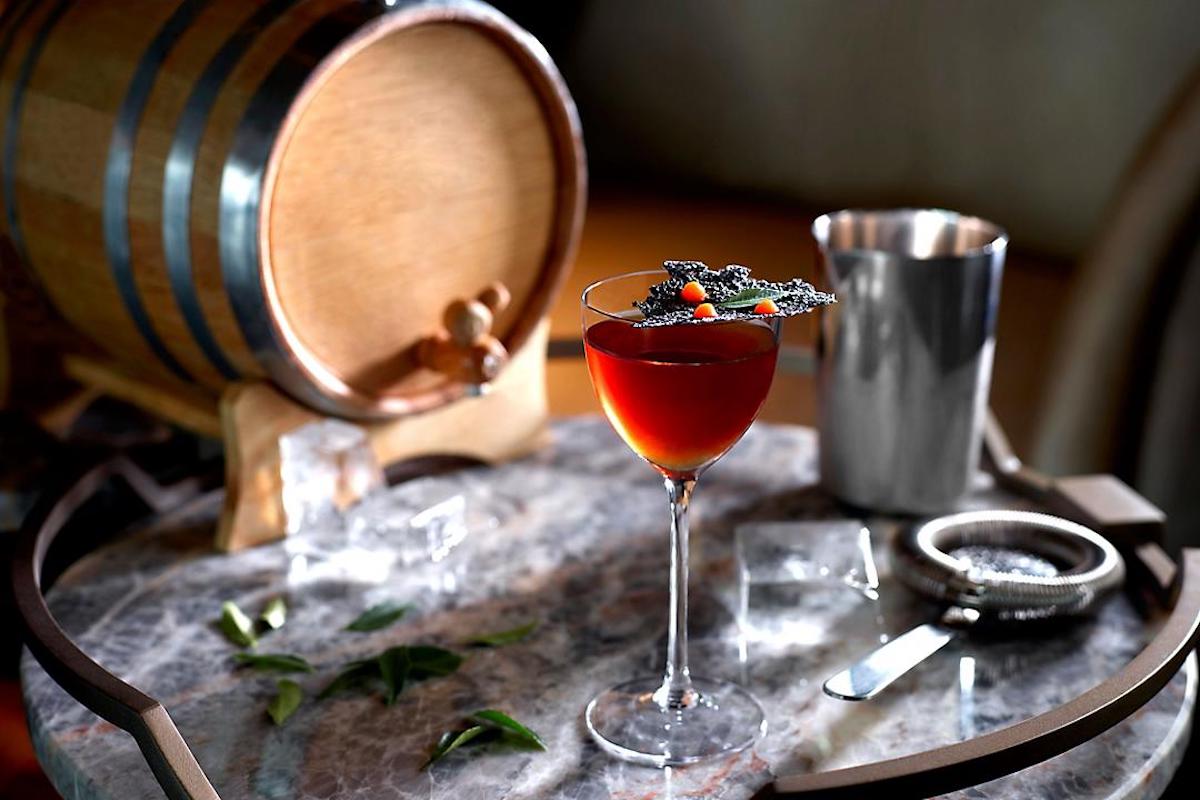 Wine & Dine
Where to find the best business lunch sets in the CBD
Beauty & Wellness
Royal Selangor’s Chen Tien Yue on maintaining a company legacy as the Man of Today
Style
The most memorable looks from Milan Fashion Week
Pursuits
Automobili Pininfarina marks its 90th anniversary with a limited edition Battista hypercar
Sign up for our newsletter to receive the latest food and drink news and reviews.

There’s never been a better time for the cocktail scene in Singapore. Local bars are flying the city’s flag high, making waves on both the World’s Best and Asia’s Best bars lists and leading the charge in foraging movements and cool speakeasies in the region. Bars in Singapore are constantly changing the game, with refreshed menus regularly introduced at every turn, one-upping the other with innovative ingredients, blends and techniques. Ahead, we’ve listed five new cocktail menus to try this month but here’s a word of advice: Leave your reservations at the door — some of these drinks teeter on the border between beguiling and bizarre.

SEE ALSO: See the local bars that made it to the World’s Best list

Nothing quite hits the spot like a zingy cocktail in sweltering Singapore. Its new menu of 18 concoctions fall across nine categories: Negroni’s, Refreshing, Old Fashioned’s, Clippings, Punches, Ice Ice baby, Elegant, Frizzante and Lemony. Got adventurous taste buds? Sip on Wasabi Drop for a kick to the senses. The addition of citrusy lime sorbet into the blend of T&T vodka and infused granola sake keeps it balanced. But if you’re not one for experimental libations, walk on the mild side with Ciao Bartender: A herbaceous cocktail mixed with fresh shiso juice and sparkling coconut lychee.

Two new faces behind the bar at Lulu’s Lounge has resulted in a refreshed menu. Julyan Phillips and Tertius Wharton of Hong Kong’s J. Boroski, and New Zealand’s Hippopotamus Bar at Museum Wellington have reworked the menu with exciting new additions. Highlights of the cocktail menu include the Loosen Mai Tai, concocted with white rum, artisanal sake, orgeat syrup and dry curacao, as well as the cheekily named How I like my Men — it’s tall, dark and full of scotch, thanks to peated scotch, coffee, chocolate.

Jigger and Pony has an all-new cocktail menu and we mean this quite literally. It’s designed to resemble a magazine, complete with columns and guest articles and spreads going in great detail about the libations and the spirits used to make them. In Jigger and Pony style, it has reworked classic cocktails in ambitious ways, such as the updated Singapore Sling, which features smoky lapsang souchong for a smoky flavour and rhubab for tartness and the new Java Cooler, which combines sesame-infused Tanqueray Dry Gin, calamansi and pink tonic.

The sun is out and beating on our backs, as we dance to the blaring beats of tropical house blaring in the background, pausing only to sip from the colourful cocktail in our hands. No there isn’t sand between our toes. Nor is there saltwater nearby. Instead, we’re 57 floors above ground, and staring at the Singapore skyline. This is Cé La Vi’s Tiki-Lah: Themed Fridays that take inspiration from vibrant Polynesian island culture. In honour of this, its tiki tipples run the gamut of spices and spirits, and include Pandan Highball, Captain Maitai, and CLV Singapore sling.