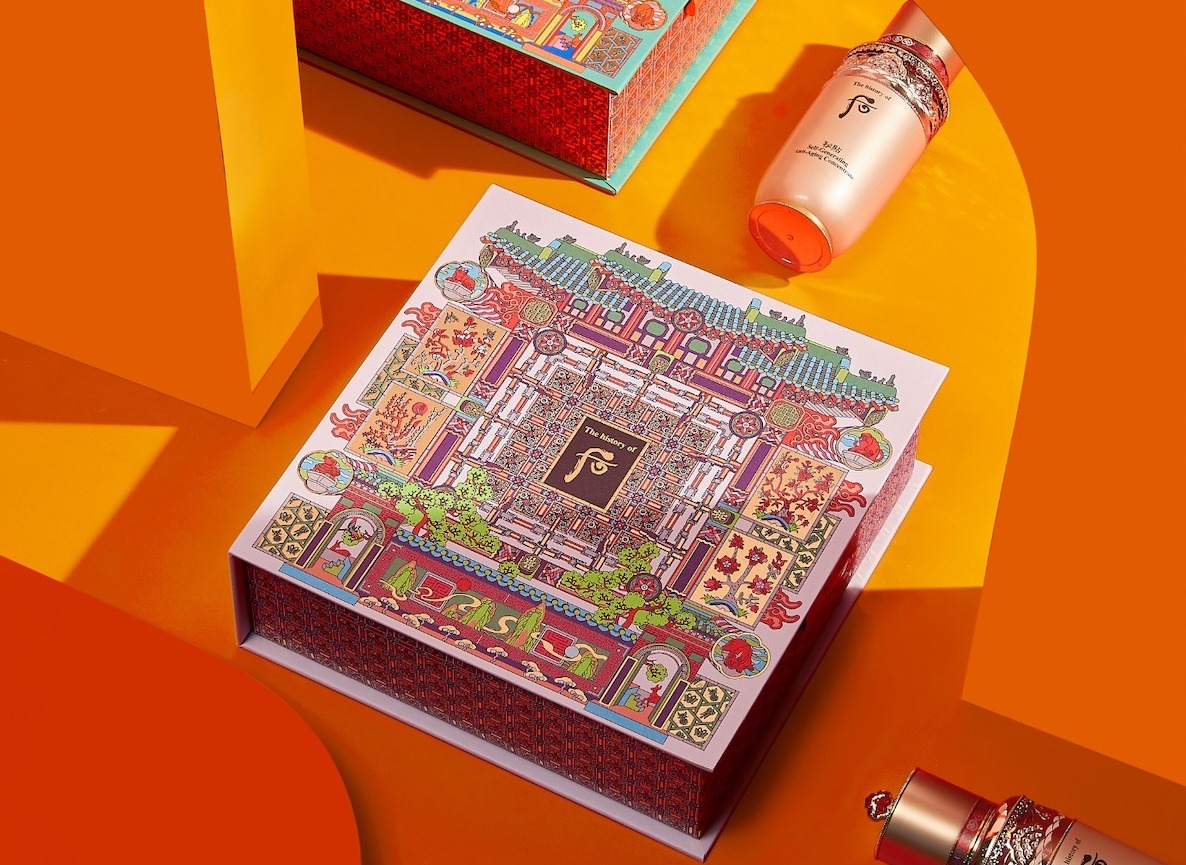 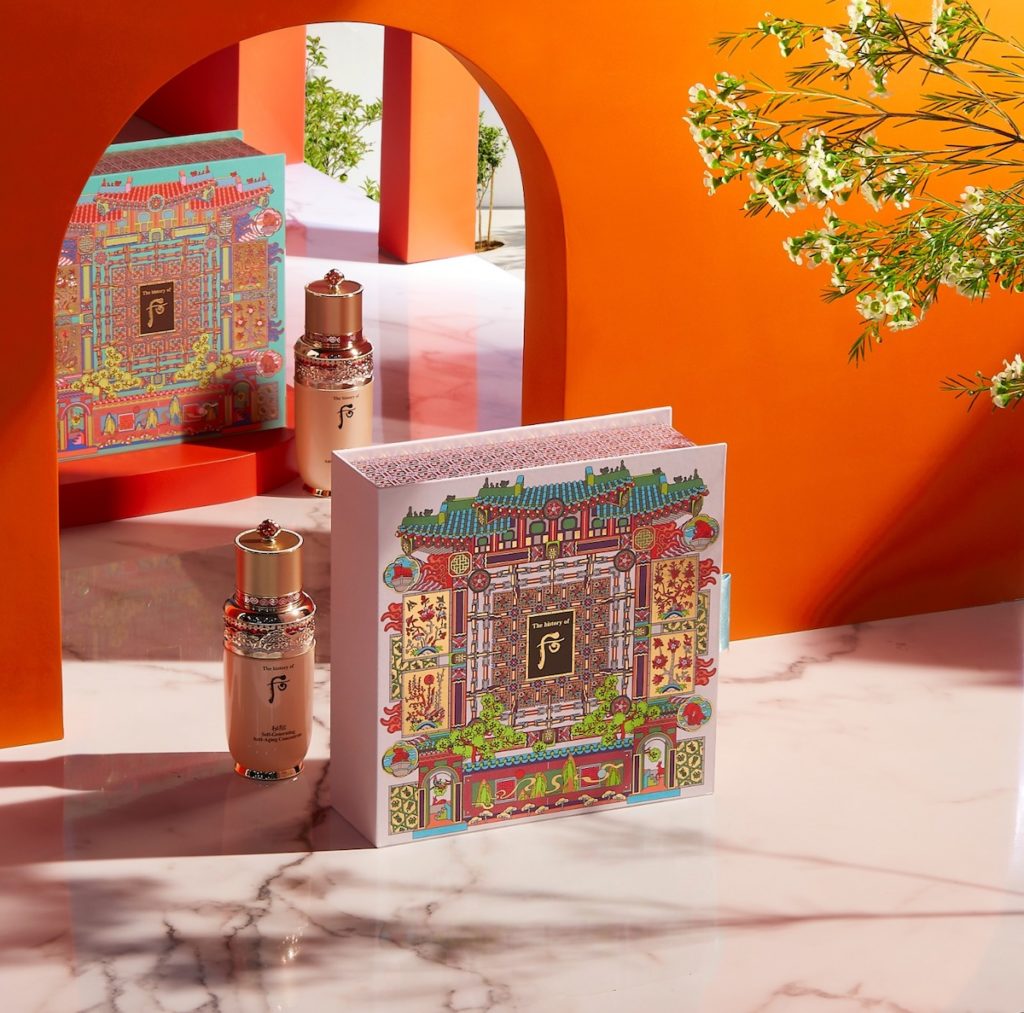 After gaining a loyal following for its transformative skincare products through innovative formulations of ancient royal court beauty secrets, the leader in Korean luxury skincare is not resting on its laurels. In a nod to its growing fan base of savvy contemporary women and their love for the brand’s powerfully regenerative products, The History of Whoo is launching two limited-edition sets that will truly appeal to a new generation of skincare enthusiasts who prize precious ingredients, time-honoured recipes and a modern approach to beauty. 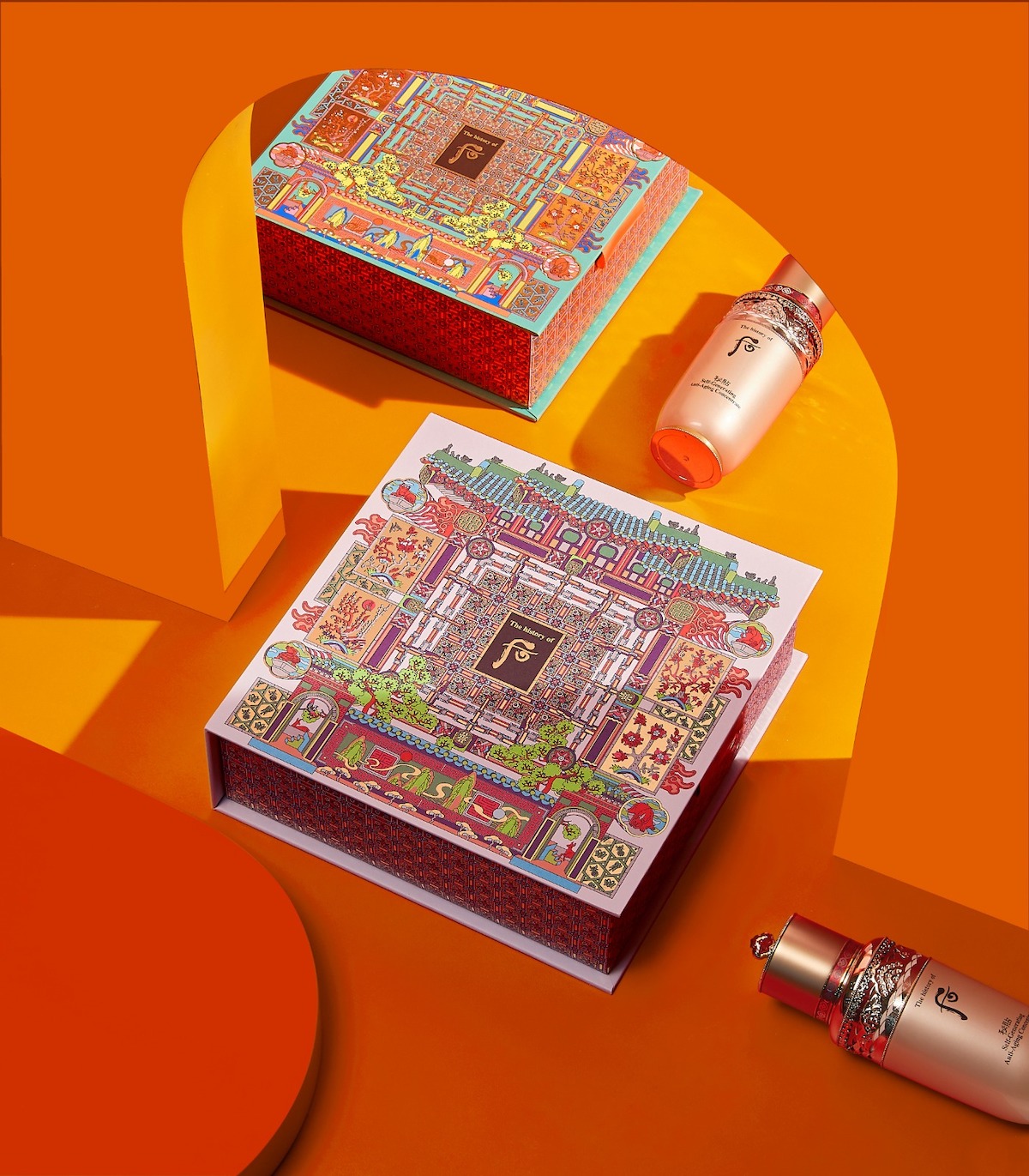 The brand has reformulated its star bestseller for 12 years, the original Bichup Self-Generating Anti-Aging Essence, which was an intensive self–regenerating treatment essence from its signature three-step self-care line. It promotes strengthened skin barrier through facilitating skin’s own cellular repair and recovery. First introduced in 2009, it boasted the potent ingredients of ChoJaHaBiDan and a blend of three secret royal prescriptions named the JaHaBiChup Complex. By 2016, its formula was improved with double-concentrated ChoJaHaBiDan and cordycepin, which was a huge worldwide success.

This year, in a third-generation upgrade of this beloved product, The History of Whoo is re-launching it as the Bichup Self-Generating Anti-Aging Concentrate. It enhances skin’s self-generating ability dramatically by eliminating causes of ageing and restoring it with advanced skincare science – through a formulation that is its most robust ever. The principles behind it are based on the oriental medicinal theory of a five-step process for complete self-generation: relieve, eliminate, activate, intensify and protect. Corresponding with the steps are ingredients that took 15 years of research and testing.

For the first step of relieving skin from minor signs of ageing and enhancing its defensive capability, the reformulation activates a new ingredient, named BoWonDan, based on a royal prescription to treat potential disease. The second step of eliminating invisible yet localised signs of ageing involves another new ingredient, YunSeolRan, which is an antioxidant otherwise known as quercetin. Cordycepin, which is extracted from cordyceps, is featured in the third step of activation – energising and revitalising skin to improve visible ageing signs.

In the fourth step of intensification comes the much-lauded JaHaBiChup Complex, which has been supercharged to offer 10 times more intensive ingredients. Its new components include PDRN (Polydeoxyribonucleotide), which is a cutting-edge skin regenerator that’s commonly used in aesthetic medicine as injections for tissue repair and anti-inflammation. The complex also contains a host of amino acids, vitamins, a growth factor and other ingredients to improve skin penetration. To seal in the goodness and protect skin from external stressors like UV rays and pollution, soothing lotus flower extract is used in the last step.

This newly upgraded Bichup Self-Generating Anti-Aging Concentrate, which also showcases an instantly absorbing formula and a luscious texture, is indeed a dream come true for those who seek a plump, youthful and luminous complexion.

To celebrate this special milestone, The History of Whoo has collaborated with French artist and designer Pierre Marie, who’s known internationally for his vibrant patterns, to create a limited-edition packaging that embodies the elegance of the Korean royal palace for the concentrate.

Taking shape as an iconic artwork, The History of Whoo x Pierre Marie design features a beautiful interpretation of the symbols of mountains, ocean, sky and stars on the bottle – blending harmoniously with the exquisite representation of Korean traditional architecture on the box.

For skincare that looks as good as it works, we recommend two limited- edition sets that are worthy of your vanity counter. The first is the Bichup Self- Generating Anti-Aging Concentrate 12th Edition Royal Banquet Duo retailing at $538 (worth $877), which consists of two Pierre Marie-designed bottles of Bichup Self-Generating Anti-Aging Concentrate 90ml (the blue version symbolising the emperor and the red representing the empress) and a jar of Ja Yoon Cream 20ml.

Visit The History of Whoo boutiques at ION Orchard or The Shoppes at Marina Bay Sands, or its counters at TANGS at Tang Plaza, TANGS VivoCity, Takashimaya Department Store or BHG Bugis Junction. For more information, check out whoo.sg or the latest Facebook and Instagram updates @WhooSG.

(All images: The History of Whoo)