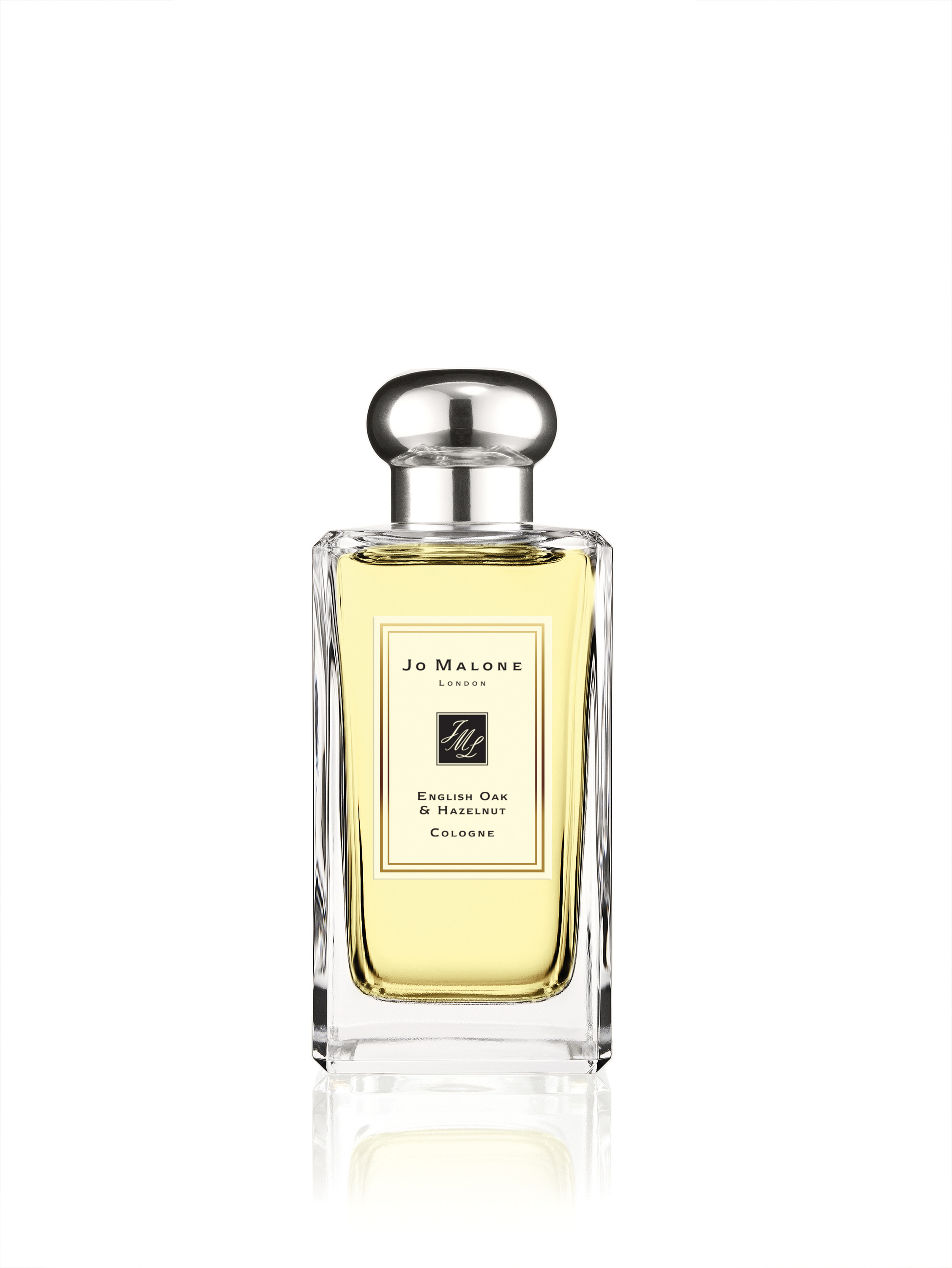 Behind the Scent of Jo Malone London

In Sherwood Forest there lies a tree so old it has seen wars and revolutions, and been the subject of fairy tales and folklore. Its exact age is impossible to tell, but from its size and appearance historians estimate it has flourished for close to a millennium. They call it Major Oak. Legend has it that this was once a hiding place for Robin Hood and his Merry Men – whether true or simply an old wives’ tale has ceased to matter. Today, the giant oak is a symbol in England, and one that draws some half a million visitors annually.

Two such visitors were Céline Roux and Yann Vasnier, one the fragrance director of Jo Malone London, the other the perfumer contracted by the brand to work on its next fragrance. And what should two francophones do when seeking to bottle the essence of England? Head for its roots.

The pun may be an obvious one, but the motif is not. Woods are common in fragrances – sandalwood is a standard for imparting sensuality in oriental scents, cedar a reliable agent for adding musky aroma, vetiver an instant shot of verdancy that’s said to be present in more than one third of fragrances today – but oak isn’t an intuitive pick for a key note.

“In perfume we’ve used oak moss for decades and centuries, but we’ve been using [only] a little bit of the oak wood extract,” says Vasnier. Put simply: “By itself, it’s not very interesting. It doesn’t smell a lot, it doesn’t bring much in comparison with cedar or sandalwood or vetiver.“

But the duo had become enamoured with the symbolism of the oak tree, and determined to distil its essence. Jo Malone London has done stranger things in its quest to interpret quintessential Britishness, whether it’s paying homage to the ubiquitous downpours that are part of the country’s daily conversations (the four-bottle London Rain collection, launched in 2014) or harvesting teas from China to the Himalayas in order to honour the English fondness for a hot cuppa (the recent six-scent-strong premium Rare Teas line).

“The oak has been used in England for a very long time, from medieval times – to build cathedrals; [as] a home of Robin Hood,” says Roux. “There is a sense of power and strength. It’s not like a little tree, it has a rich history.

“It’s something quintessentially English to go for walks in the forest. I always want to take the perfumer on a journey. The oak tree is a symbol of England, that’s why many pubs are called things like The Royal Oak, and the trees that we saw were actually very twisted and huge, and there is something very magical – you want to climb them. We were climbing the trees, and it takes you back to childhood memories and a sense of fantasy and magic. In a busy day, it’s almost a luxury to have a break and be carefree. We decided to focus on the oak tree, to push the boundaries. And the idea was: how could we do something special?”

Vasnier took the oak and roasted it, as you would a coffee bean. He tested it at different times and temperatures until it achieved the depth and refinement he desired, creating the absolute from a specimen that is roasted five hours, till it is almost resin. “It’s very rich, but there’s still a clarity to it. [We were] trying to get both the brightness and the openness, but also the warmth.”

And then it was time to find that oak a partner. Roux and Vasnier settled on a polygamous pairing: for a “fresher, brighter, more open” one, Vasnier married hazelnut; for the “sensual, much more feminine and comfortable” option, he selected redcurrant.

Preserving the delicate balance of the forest was important, and so the main ingredients are all indigenous to the woodlands. “Sometimes you can be inspired by a place, but after, you add different ingredients … ” Roux shrugs. “But I have to say when we tried a flower, like magnolia, it just clashed, because you wouldn’t have a magnolia in the middle of the forest. And sometimes it’s nice to take a break from florals!”

Fans of the brand’s juicy-fruity concoctions like Blackberry & Bay will thrill to English Oak & Redcurrant, with its tart top notes, rosy centre and woody base (in fact, Roux suggests combining the two for further tutti-frutti impact). Others – perhaps those with an affinity for the brand’s breakthrough Wood Sage & Sea Salt – might prefer the androgyny and modernity associated with English Oak & Hazelnut, which retains a lightness thanks to its top notes of green hazelnut, held together at the heart by cedar and rooted down by roasted oak. This versatile player changes character as it swaps associates: Wild Bluebell loans it a playful girlishness; Black Cedarwood & Juniper offers it mystery and evening glamour. Vasnier, himself an English Oak & Hazelnut wearer, likes it with the medicinal hit of Basil & Neroli; the brand’s lifestyle director, Debbie Wild, combines it with Red Roses.

The two English Oaks also, unsurprisingly, work well in tandem. The fruit notes become brighter at first hit, and as the fragrance combination settles, the oak becomes more dominant, complex, transportive. Close your eyes and you can hear the sounds of the forest: the crunch of fallen leaves, the chatter of squirrels, the rustle of tree branches moved by the wind.

“If you think of all of our tales, there is [always] something a little bit fantastical and far from reality,” says Roux. The English oak may be well grounded and ever-present, a symbol of vigour and dependability, but under its branches and in its hollow centre are countless tales, both real and of reverie. “When we went to look at Major Oak, we got lost, and we were sure we were on the right path, but we discovered that we had walked miles and miles, totally on the wrong path. There is something special about when you get lost – it’s an adventure. Each time we work on collections we try to have a modern twist and something whimsical, and especially with the forest and oaks there is something enchanting. You don’t know what you’re going to encounter.”

Are all the Different Vaccines Effective against the Covid-19 Delta Variant?

How Businesses Can Cultivate Mindfulness in the Workplace