A Last Chance at The Dawn 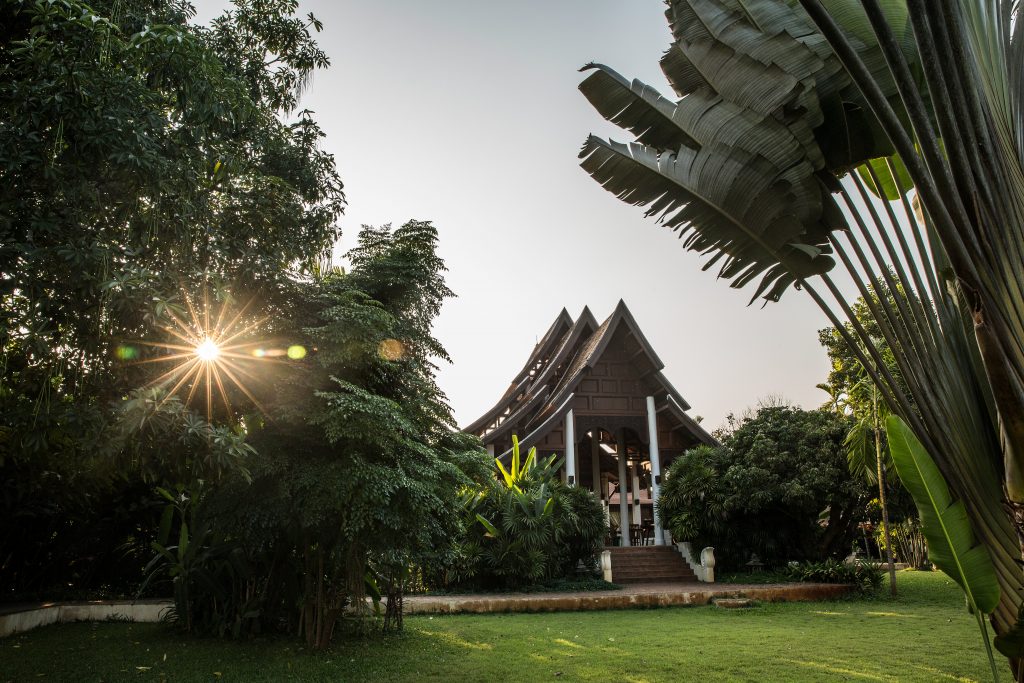 Beauty & Wellness
A Last Chance at The Dawn
Share
Next article

It’s 4pm at The Dawn rehabilitation centre in rural northern Thailand and golden hour is approaching. As the sun softens at the end of its shift, shadows begin to lengthen on the red-tiled roofs of the traditional Thai buildings inside the complex.

In a sala by the meandering Mae Ping river, Apple – the facility’s yoga therapist – is conducting a late afternoon session. Nearby, beyond a thicket of palm trees and manicured flowering bushes, is a swimming pool where clients flick through books and magazines and casually chat about their days. It’s an idyllic scene and is one that closely replicates any one the outstanding tropical resorts in nearby Chiang Mai.

There are no happy-hour cocktails here though. A strict ban on booze means that Jasmine tea is the strongest thing on offer. After dinner, members of the poolside throng will retire to their rooms to reflect in privacy. In fact, the outward tranquillity belies human backstories scarred by self-destructive substance abuse, trauma and pain.

“Clients who are here have generally hit rock bottom. Either that or their family have realised that they are about to die,” says Athiporn “Ahm” Poolsawaddi (25) who, along with his older brother, Athisin “Ohm” (28), oversee The Dawn as managing director and CEO, respectively. “This is very much the final option for people.”

There’s no denying that The Dawn is rather alluring as far as last chance saloons go.

Formerly owned by a US banker, the property unfolds over a 45 rai chunk of lush tropical paradise. Spanking living quarters are equipped with rainforest showers, king-sized double beds and flat-screen televisions. The riverside setting, traditional architecture and accommodating local staff, meanwhile, are the very epitome of Thai charm and hospitality. Nothing is too much: something I witnessed earlier when, on the way from Chiang Mai airport, we made an unscheduled stop at a McDonald’s drive-through to sate a client’s craving for a Happy Meal.

“If they want fried chicken or McDonald’s they can have it,” says Ohm. “Sure, we offer healthy and nutritious food, but sometimes there’s an itch that needs scratching. Rehab is extremely tough work. It’s not a holiday. It can bring a lot of hidden trauma and emotions to the surface.”

Indeed, it is clear from closer inspection though that this is no gilded holiday camp. Impressive surface aesthetics and a serious commitment to medical care are two sides of the same coin at The Dawn.

Just next to the pool, a meeting room equipped with whiteboards is the setting for often-frank group therapy sessions. Elsewhere, another room is home to a Transcranial Magnetic Stimulation (TMS) machine, a device that treats depression and anxiety by enhancing communication between the “thinking” part of the brain and its “feeling” part, thereby improving mood.

With advanced facilities and a world-class team comprised of addiction and mental health professionals from around the globe, The Dawn has swiftly established itself among the clutch of upscale centres that have put the Kingdom on the map as a favoured destination for addiction treatment.

Yet while other leading facilities such as The Cabin, The Edge and DARA Thailand were established by foreigners (many of them former addicts themselves), The Dawn has succeeded on its own – very Thai – terms. That’s something exemplified by the Poolsawaddi brothers, former tennis prodigies and career high flyers in New York and Bangkok who have taken an unorthodox route back to their northern roots.

Sons of a Lampang politician, the brothers left Thailand in their teens to pursue tennis stardom in the US. While fame and fortune at Flushing Meadow and the ilk failed to materialise, the brothers swiftly found success in their career endeavours. Both studied economics at NYU before their paths diverged – Ohm taking up a position with Citigroup and Ahm returning to Thailand to serve as a representative on the Senate Standing Committee for Foreign Affairs in Bangkok.

Looking for an investment opportunity in which to pool their talents, the brothers initially considered building a retirement community near Chiang Mai, before deciding that the market was over-saturated. The emergence of Thailand as a destination for rehab pushed them in the direction of The Dawn. So too did the sad demise of an alcoholic uncle who – like many addicts in Asia – failed to get proper treatment for his addiction.

“In Asia there’s an idea that if you can work hard enough you can do it (quit). We don’t look at addiction as a disease when it is,” says Ohm. Of course, we are in this (The Dawn) to make money, but our goal is also to help people and change the mind-set here in Thailand.”

Impressive as their resumes undoubtedly are, they don’t exactly qualify the brothers as specialists in rehabilitation: a field that requires deep levels of empathy and medical expertise. Nevertheless, the siblings appear to have harnessed their business expertise and experience of living overseas to good effect at The Dawn. What’s more, they insist, their relative inexperience when it comes to addiction therapy allows them to approach the business from a fresh angle

“Most people who work in the rehab industry are in recovery themselves. Therefore, a lot of rehab people use the program that helped them. Because I’m not in recovery I’m not so wedded to specific treatments,” insists Ahm.

“Therefore, that allows us to take a more scientific approach. We ask ourselves: what’s new, what’s innovative? Take the TMS machine for example. We are one of only two rehabilitation centres worldwide to have the machine. I think that we are more willing to try something new because we don’t have so much baggage.”

“It’s a steep learning curve,” interjects Ohm. “We certainly aren’t experts, but we’ve put together a clinical team that has vast experience in dealing with various kinds of addictions.”

Walking around the expansive grounds of the rehabilitation centre, it is easy to forget the deadly serious purpose it serves. Indeed, it’s difficult to reconcile the relaxed and healthy-looking individuals chatting by the pool and outside the accommodation quarters with the ravages of alcohol and substance abuse. Appearances though can be deceiving, as the brothers take pains to remind me.

Clients at the Dawn come from all around the world and run the gamut of the addiction and trauma spectrum. The centre helps alcoholics, abusers of substances such as opiates, methamphetamine and cocaine. It even treats gaming addiction, PTSD (post trauma stress disorder) and executive burnout.

The clinical rehabilitation involves the 12-step treatment model, cognitive based therapies and mindfulness techniques as well as modern technologies and treatment models such as TMS and EMDR (eye movement desensitisation and reprocessing) for an effective and fast-acting psychotherapy. The holistic approach is driven by a thoughtful wellness programme, which includes fitness and nutrition coaching and mindfulness practice. The Dawn’s Thai characteristics, meanwhile, shine through in other therapies which include guided meditation, massage therapy, yoga classes and even Muay Thai.

“People come to Thailand to rehab primarily because a: the price point is reasonable and b: because the climate is good and the environment is more peaceful and relaxing than it often is in western countries,” says Ahm. “But we thought it was also important that we introduced certain Thai elements at The Dawn, such as Muay Thai and massage therapy. Also, we’ve tried to offer a family atmosphere. When you are surrounded by warm, loving people and you sample Thai hospitality it makes you more willing to open up.”

For the Poolsawaddi brothers too, working together back in Thailand has been a revelatory – if challenging — experience. When they were searching for a name for their start-up, they took inspiration from the chorus of Michael Buble’s hit Feeling Good. The sunny lyrics to the song herald “a new dawn, a new day and a new life”. After experiencing the pressures of running a rehabilitation centre for the last two years, you could forgive them for dialling down the optimism slightly. Surprisingly, that doesn’t seem to be the case.

“It’s very rewarding,” says Ahm. “You meet clients when they are at their lowest and then bring them up.”

“You are dealing with peoples’ lives,” adds Ohm. “If that doesn’t add meaning to what you do and motivate you to do better then you are in the wrong business.”

As we emerge from the interview, the light has just about drained from the day. The pool area is now deserted and the soft tinkle of wind chimes are the only audible sound. The golden period may have ended but – as the clients who come here at a time of desperate need will attest to – the darkest hour is just before The Dawn.