In Conversation with Queenie Rosita Law 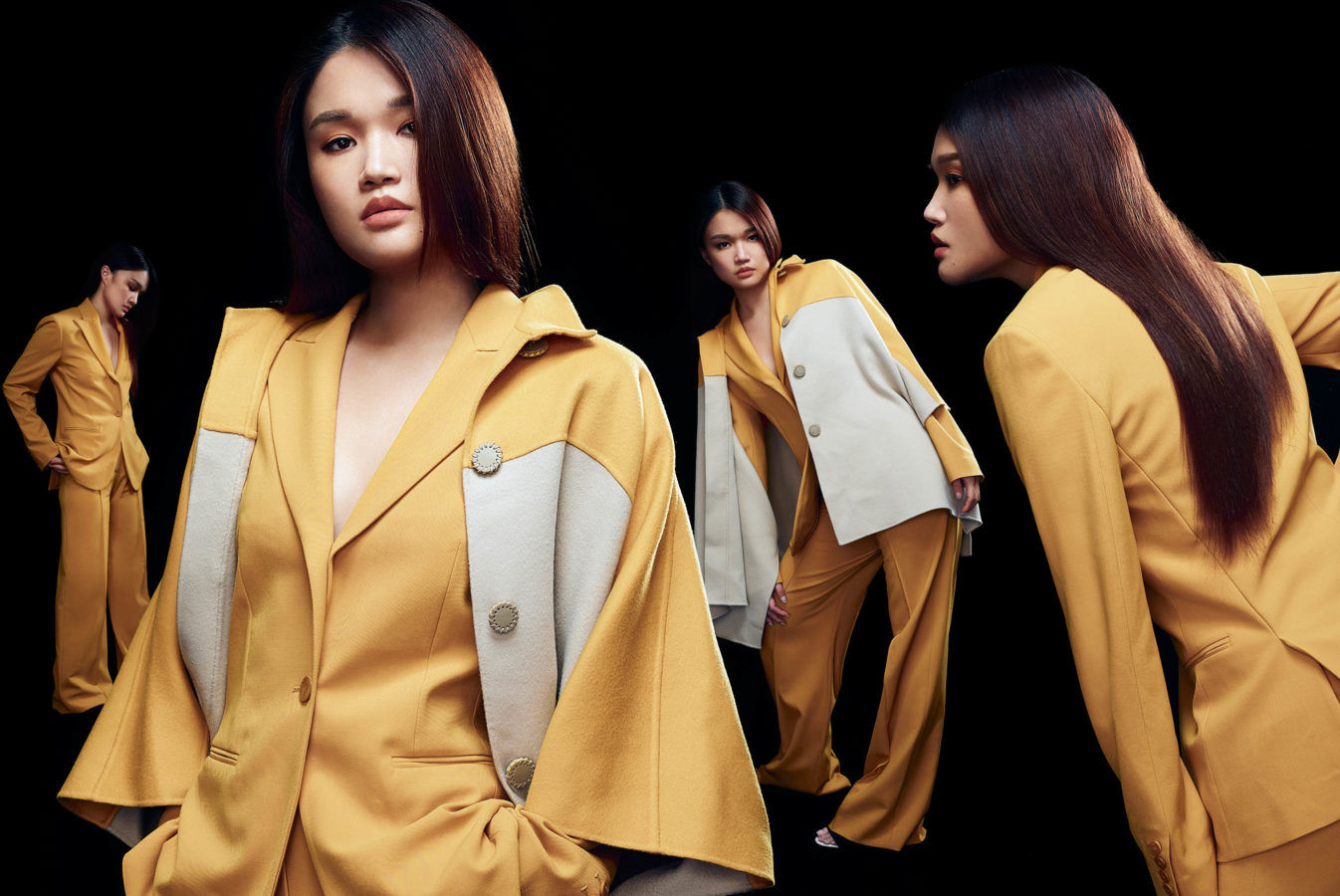 A staple in Hong Kong’s art scene, Queenie Rosita Law has turned her eye in the last few years to discovering new artists in unexpected regions and growing her company, Q Art Group, to encompass all areas of the art business. She opens up about her activities and ambitions in a candid interview with Prestige.

A lot of people take pen to paper to express their thoughts through words, journaling self-reflections and daily entries to make sense of themselves and the world around them. Artists such as Queenie Rosita Law take to drawing.

“I grew up as a very shy child, and drawing and painting were the only ways for my parents to understand me,” says Law. “I used to be so quiet that they brought me to see a doctor to analyse my drawings… growing up I have always used art as a way to express.”

Now she’s in her mid-thirties, art is still her happiest medium. Although she’s no longer the shy child she once was, her creativity hasn’t waned and art continues to be her outlet through times of celebration, trauma and loss. But today, rather than focussing only on creating art that personifies her own struggles, she’s giving a platform to talented artists elsewhere, whose works speak to her but are yet to be discovered by the world.

Law comes from one of Hong Kong’s wealthiest and most well-known families. Her grandfather, Law Ting- Pong, was a textile tycoon and the founder of the Bossini clothing brand, while her father, Raymond, is a property developer who’s involved in some of the city’s most prominent developments.

In 2015, she was taken from her home, an ordeal that she wrote about in a memoir she published in 2017. Today, six years on, the experience is all but a distant memory for her, a closed chapter that she’s not keen to dwell on. But in the past, she’s spoken candidly about how the experience has changed her and set her on a path of self-discovery, and she’s channeled it into her art, as well as used her new-found courage to turn her passion projects into real businesses and evolve her artistic pursuits to fit her new agenda.

A graduate of graphic design at Central Saint Martins, Law hadn’t envisioned an exact career path for herself while she was still a student. “When I was in school, art was purely what kept me up every day and night. I never thought much about my future – it was all about the present,” she says. “After graduation, I struggled to find my own career path and I experimented with a lot of creative jobs, but none of them seemed to fit my character or my ambition.”

The City Book was Law’s first venture into creating something for herself, an idea that formed in her mind in 2013 during a job break, having been in Paris for two years working at a photography agency. “I was walking down the street,” she says, “and wondering how a city inspired different artists to create their works. I’ve always been fascinated by the idea of seeing a city through the eyes of different artists.”

Although the City Book is no longer printed, it was significant because the book “was the beginning of my discovery artists and their stories,” says Law. “The book was the starting point for my wish to share my own discovery of new artists with the world.”

Law has always loved travelling and exploring new places and things, but Paris, Rome and London did not interest her. Instead, it was Serbia and Poland that captured her heart. Back from her travels, her friends would revel in the stories she would tell about the people she met, the artworks that she saw, living vicariously through her to experience these faraway destinations that were not yet on their radar. Soon after, Law found herself in Budapest, Hungary.

The city opened her eyes to the vast and rare opportunities offered by Central and Eastern European (CEE) art. The art scene in Budapest was “vibrant with rich cultures”, but long overlooked and underappreciated.
“The CEE art ecosystems in these countries are still quite underdeveloped. Some have great institutions but in general there’s little documentation, publications or catalogues about the artists,” explains Law, who since 2017 has travelled extensively around the region to build her own personal collection, visit artist studios and discover hidden talents.

Law wanted to emulate the late Peggy Guggenheim, the art patron she looked up to, who dared to work with artists who were nobodies at the beginning but later became major figures in the history and development of 20th-century art – people such as Jackson Pollock, Clyfford Still and Max Ernst. “She saw in their works what others didn’t see,” says Law.

In CEE art, Law saw her opportunity. The huge sense of power and struggle in the artists’ works were what drew her in. At first, Law started by collecting works of younger artists – people of her own generation. But slowly, as she realised many artists from the older generation were still working, she shifted her attention towards them, too and delighted in the raw expression she saw in art created during the ’60s and ’70s.

“It’s so pure, because there wasn’t much commercial success in the market, as the whole of Eastern Europe was so closed off after the Second World War … but when you saw their art, you saw their struggle and how they kept going and creating. I really love that energy and I think it’s so powerful,” she says.

If CEE art was virtually unknown to Law up to this point, then so too was it uncharted territory for the rest of us. In each country she visited – Hungary, Poland, Romania, Serbia, Croatia, Slovenia, Slovakia, the Czech Republic – everyone seemed focussed on their own art and participated in the local art scene only. An idea began to form in her head. It was a rare opportunity for her to develop an art space with an art collection, dedicated to showcasing the contemporary art from the whole CEE region and to the world. She grabbed the chance without hesitation.

With a new vision in mind, Law formed Q Art Group, presenting a new and unique approach to art in that it serves as a central hub, a point of connection, for distinct yet complementary enterprises. Q Art Group encompasses Law’s ambitions of increasing exposure for emerging and often under-appreciated artists.

Q Contemporary is a contemporary art museum and a hub of cultural education programmes in Budapest; Double Q is a Hong Kong gallery that’s still in the works; and Q Studio is a continuation of her business in luxury branding and bespoke art for commercial clients. It’s a huge undertaking, but Law is unfazed.

“I love art in all its forms and I inherited my father’s passion for starting businesses, so I want to continue growing my business around my love for art,” she says. “I want to build an art ecosystem [of elements] that can co-exist with each other and complement each other, like building a group with different entities under the same umbrella that share a similar mission and identity.

“I want to adopt the same format for my art business. I want to build a group that can create art, exhibit art and sell art – art that speaks to you and is a part of your daily life.”

Coming from a family of successful entrepreneurs, strong-minded individuals who are business-driven, has no doubt given Law tremendous foresight and courage. In fact, the biggest advice that her father gave her was to “just try, get out there, make the first move, and keep doing it again and again. If you fail, you’ll learn and you won’t make the same mistake again.”

Her family remains her biggest supporters. Indeed, Law says she not only never had any pressure from her parents to follow in any of their established businesses but was encouraged to forge her own path.

“My dad has been my number-one fan since day one. He pushes me and at the same time leaves me space and freedom to explore,” she says. Her first-ever drawing – of a supermarket, which she created as a child – still hangs in her parents’ bedroom.

My dad has been my number-one fan since day one. He pushes me and at the same time leaves me space and freedom to explore

Within the Law family, business is never far from the dinner table. “Ninety percent of the conversation at dinner surrounds business, ideas and advice,” she says. And that’s perhaps why there’s probably no one who could have done what Law did in Budapest, which seemingly required a very precise combination of artistic foresight, business acumen and fearlessness, something in retrospect that she finds amusing.

“It’s kind of funny,” she says, “because looking back, it all started as a very naïve way of doing things. Naïve in the sense that I didn’t question things and I just did it. So when I first went to Budapest, it was really because of exploring the city. I was doing the City Book and I wanted to interview different artists over there. And then I met a lot of artists and I realised there’s a lot of artistic talent, but they don’t have opportunities.

“A year after that journey, I went back to Budapest and found and acquired this building. And it then took me another six months to a year travelling around the region to understand what really was missing. I had a vision and I went with it. I didn’t have any staff or friends or any connections in Budapest to get me there.”

Her hard work has definitely paid off. Earlier this year, she successfully brought CEE art to Hong Kong for the first time via a collaboration with K11 Art Foundation on Q Contemporary’s first pop-up exhibition, Tracing the Fragments, which also drew on discernible ties between CEE art and Chinese contemporary art.

The show was extremely well received. “Our exhibition was visited by 16,500 people over seven weeks, and it’s an exciting outcome despite the pandemic,” Law says. It’s a taste of what’s to come when Double Q Gallery, the final phase of Law’s plan to define her art empire, opens in Hong Kong at the end of the year.

“Double Q Gallery will be powered by the discoveries of Q Contemporary,” says Law, who’s found her calling in representing the artists that she discovered during her travels, who had talent in abundance but until now, lacked opportunities.

“I started my company out of my own passion of creating my own art, and [my mission] has greatly evolved,” she says. “It used to be more about what I wanted to do, but now I’d consider how I’m going to do it effectively … in five years, I want to continue to create this international platform that identifies, cultivates and promotes talented artists. I want to be a force that drives the discovery and appreciation of a whole new generation of artists.”

A print and multimedia journalist, Stephanie has written for several of Hong Kong’s most prominent luxury lifestyle publications on topics spanning watches and jewellery, travel, beauty, and fashion. She lives an active lifestyle, is always curious about the next health trend, but will never turn down a drink, or two, or three.w