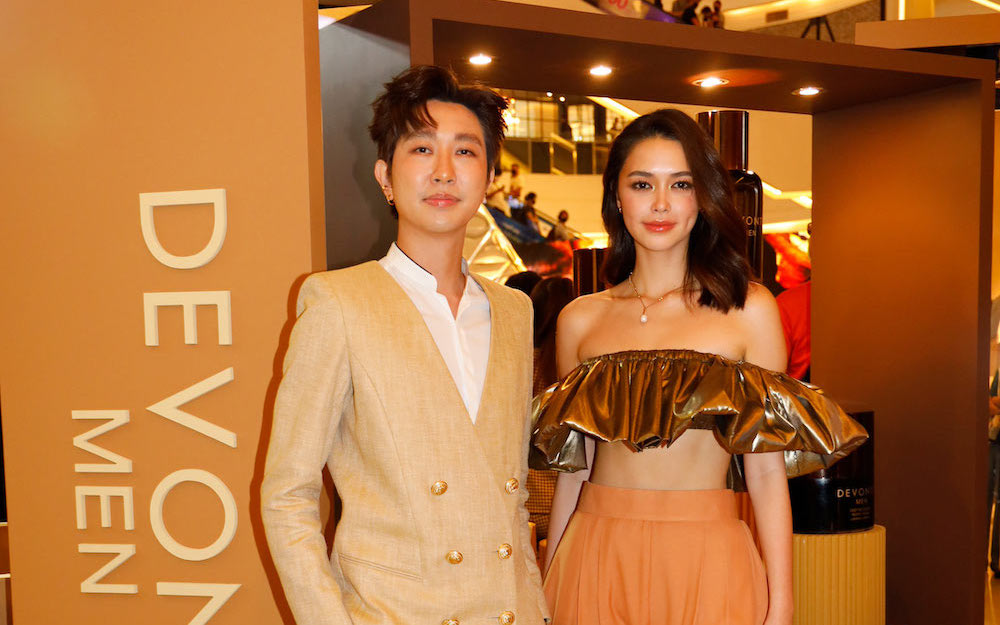 After nearly two years, Theatre makes a striking return, with a grand fashion show presenting its new men’s collection. Especially curated by designer and founder Sirichai “Jom” Taharanon, the collection centred around the bridging of feminism and masculinity in the early 20s, when the world began to shift towards science and technology. Such ideals are underpinned by Theatre’s underlying emphasis on sustainability.

Putting materiality at the forefront, the collection stands out through unique silhouettes that draw from the wrapping and fluttering movement of cloth. Sustainable, naturally-dyed fabrics can be found in neutral hues ranging from brown to beige. Various shades are woven together through an eye-catching draping technique, resulting in a line-up of designs created to bring out the wearer’s individuality.

Marking a collaboration between Theatre, and luxury skincare brand Devonte, this year’s men’s collection was displayed through a fashion show, following a theme of “Diversology”. The show was held at the Fashion Hall of Siam Paragon, which had been transformed to resemble an otherworldly Egyptian dessert. A stunning pyramid rose from the centre of the space, around which models could be seen, dressed in the latest collection.

As to only be expected of a collaboration between two highly-renowned brands, the fashion show was warmly attended by Bangkok’s A-list glitterati, who had gathered to celebrate Theatre’s highly-anticipated return. Spotted in the audience were some of the city’s top celebrities and society faces, including names such as Kanachai Bencharongkul, Araya A. Hargate, Teema Rucksajit and more. Scroll through the carousel below to see more of who was there.

Bangkok born and bred, Milo is a digital creator who loves black coffee, astro charts, and listening to entire albums in one go. When not engrossed in a novel or having brunch, you’ll catch her on the hunt for new restaurants and the city’s latest happenings.
Society travel property Design