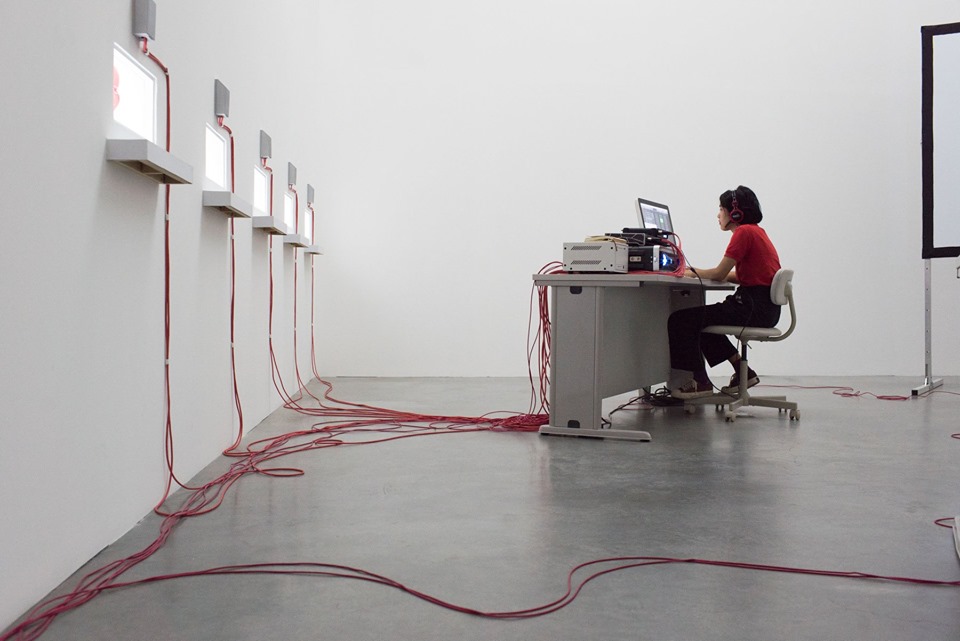 People & Events
Mary Losmithgul
Sign up to get the latest luxury and lifestyle news delivered to your inbox.

Entering the second week of June, Bangkok is in that awkward phase where the weather experiences an identity crisis of sorts — “so will it rain or not today?”. Thankfully for us, there’s a lot of indoor events taking place this week to keep us occupied. From a special film screening, to live music sessions at Siri House, and an experimental exhibition by famed director Nawapol Thamrongrattanarit, scroll to see your plans for the week!

1
The Gospel According to André

ART & CULTURE — Siri House and Bangkok Screening Room are collaborating to launch a monthly film screening event, #TheHouseCinema. Kicking off the series is The Gospel According to André, a documentary that recounts the soul-stirring life story of critically-acclaimed American fashion journalist André Leon Talley — best known as former editor-at-large of Vogue magazine — from a childhood spent in the segregated South of the United States, to his breakthrough in the fashion scene. Expect an inspiring night of film, fashion, and tasty cocktails.

WINE & DINE — 80/20 is introducing a new series, dubbed the ‘Friends of 80/20 Series’. Here, dear chef friends from kitchens all over the world are invited for exclusive collaborations, under the goal of sharing food culture, local ingredients and their collective know-hows. Kicking off the series, 80/20 welcomes chef Kongwuth Chaiwongkachon of Locus Native Food Lab from Chiang Rai. Known for reviving the food wisdom of his elders, his food brings with it a personal touch and strong focus on local ingredients from the North of Thailand.THB3,500++ per person (includes ten courses). 6pm onwards, June 12 – 13, 2019.To reserve your seats or find out more, call 09 9118 2200, or visit the official Facebook event page. https://www.facebook.com/events/392951404639313/

NEWS & EVENTS — Bangkok’s rising music talent Phum Viphurit will be performing live at Siri House! Expect a 45-minute set of the indie folk/neo soul that led the ‘Lover Boy’ singer to top charts and become a globally-recognised name. After the intimate performance, the singer-songwriter will be on hand for a casual Q&A session, sharing his personal story and music-making tips. Set against homey, laid-back surroundings, enjoy an evening of relaxing beats and cocktails.

ART & CULTURE — Acclaimed screenwriter and film director — think ‘Mary is Happy, Mary is Happy’ — returns to Bangkok City City Gallery for yet another experimental exhibition. In Second Hand Dialogue, he collects human interactions through dialogues, emphasising the fleeting nature of words. The exhibition is split into two main compartments: recording room and visitor room. In the recording room, guests can contribute a recording of up to 3 minutes of phone conversation. Next door in the visitor room, guests are free to linger and observe the ongoing process — as they receive random conversations from the outdoor space, words fleet and meanings are reoriented. Bit by bit, audiences encounter a nuanced world of incomplete stories and floating words.Until June 23, 2019. Bangkok City City Gallery. To contribute a recording, book your appointment in advance here.

Style
things to do PRESTIGE PLANNER
Mary Losmithgul
The online content creator for Prestige Thailand, Mary handles the magazine's digital platforms. She enjoys black coffee, astro charts and listening to entire albums in one go. When not engrossed in a novel or having brunch, catch her on the hunt for new restaurants and the city's latest happenings.
Society events travel property watches drinks

Swiss Study Exhibition: Everything You Need to Know About Studying in Switzerland