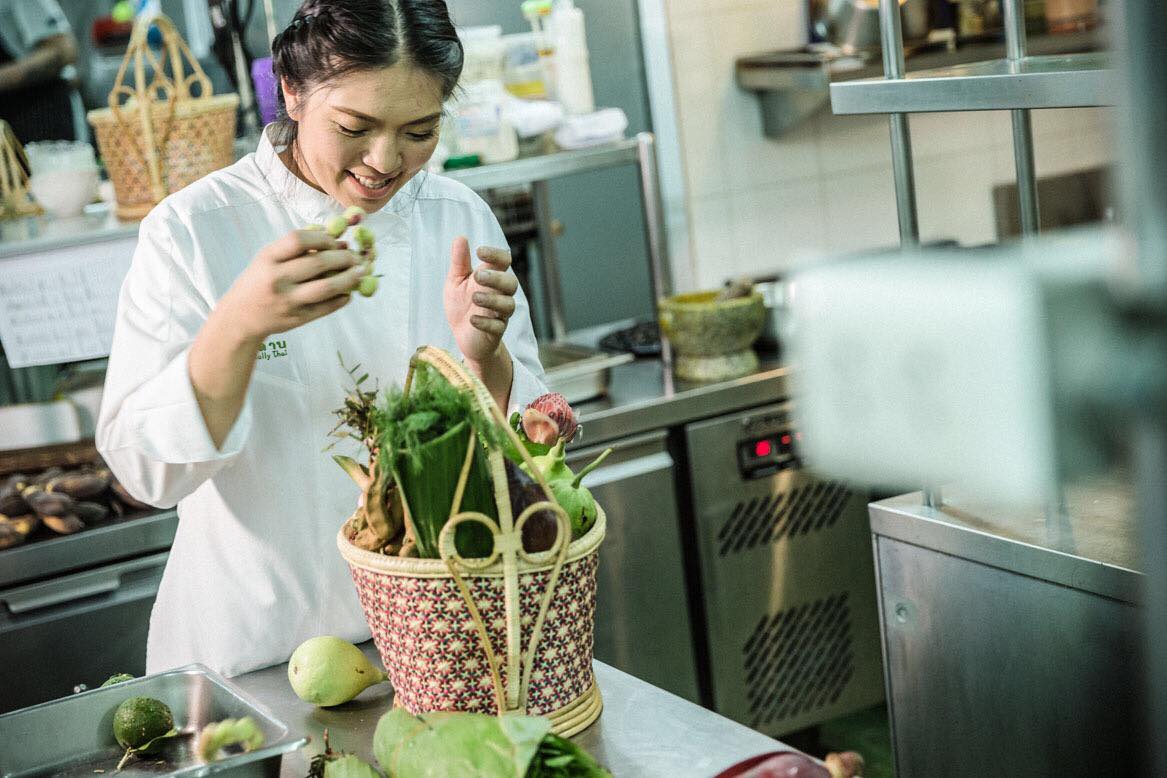 To keen enthusiasts of Bangkok’s Thai fine-dining scene, the name Duangporn Songvisava — or more commonly, chef Bo — rings with significance. Known for pushing the boundaries of the culinary arts through uncompromisingly delicious and premium-quality plates, she and her husband Dylan Jones have been taking Thai cuisine to the next level at their Michelin-starred restaurant Bo.lan.

Among one of the first purveyors of fine Thai gastronomy, we managed to sit down and have a chat with chef Bo during the Dragonfly 360 Women Summit 2019 — the first female empowerment summit of its kind to exist in the region. There, she shared with us her journey to becoming one of the key faces of Thailand’s culinary scene, making your mark in the kitchens, and standing up for yourself and your dreams. Here’s what we learned.

To Make a Good Dish, You Need Balance

When asked what every good dish needs to have, chef Bo tells us she always looks for a good blend of tastes and textures. “Flavour-wise, for Thai food, you need a balance of the flavours and textures. You can have sweet, sour, spicy, and salty tastes, but how you balance it — what are the front palettes, and what are the back palettes — these questions are very important. Then you need to think about the textures as well, and whether your dish is creamy, or crispy, or crunchy.”

Not only does chef Bo consider the elements of each dish, but she also places a lot of importance in how it was made, and the source of each component. “For me, the underlying characteristic of every good dish is where its ingredients came from,” she says, “Who grows it, who harvests it, how it’s been grown, is it ethical or sustainable — these questions have been equally important as well.”

As a Chef, You too can Change the World.

“Food has really interested me from a young age,” chef Bo explains, when asked what it means to be a chef. “I like eating it, cooking it, and when I first became a chef I just wanted to cook good food and please people.” It’s a simple dream, and while providing delicious meals for people to enjoy is still among chef Bo’s goals, she’s since expanded on her hopes and dreams. “

At this point in time, I feel like with my position there is a lot I can do to give back to society, either by supporting small scale farmers, or organic communities, as well as raising awareness of environmental issues that come from eating and drinking. I feel that as a chef I have so much influence on how other people perceive or consume food, and these days there is a lot more talk about sustainable consumption and sustainable productions. I think I am in a good place to communicate that to a much wider audience.”

In the Kitchen, all Genders are Equal

While many like to think of chefs as a “male-dominated” profession, chef Bo actually has different views. She looks back on her own experiences in the industry. “At the first kitchen I was in, the head chef was a girl,” she tells us, “and then at the second place I worked for, the head chef was gay. So, for me, the kitchen has always been a place where all genders are equal. You don’t have to act strong to prove yourself or anything, you just have to be yourself in the kitchen and it will work out.”

In fact, the kitchens she’s be in have all been very merit-based, and she recalls her initial struggles mostly stemmed from her late entry into the culinary scene. “It wasn’t really easy in the beginning, because I started when I was half-way through my masters degree, which is a lot later than other people. Normally people begin this type of career when they’re like 19 or in their early 20s, sometimes even younger in Europe, but I was 23. I felt like there was a lot I had to catch up on, and many skills I had to practice, while other people my age in the kitchens could do a lot more than I could. Then when I went to London, I had to learn about all the cultural differences in the kitchen — how you act, how you talk, how to survive in the kitchens, basically. All that really built the foundations for me on how to have my own restaurant.”

It is Okay to Cry

Not only does chef Bo believe it isn’t necessary to constantly put up a strong front, she shares that she oftentimes worries for younger females in the industry who believe they need to fit under a certain persona in order to succeed. “One of the things I sort of become more and more concerned about is that females will think, ‘oh, you have to be tough, and you have to be strong’, and I’m really worried about their mental health,” she confesses. “We try so hard that sometimes we forget we can be soft as well, and it’s okay to cry, and at the end of the day, your mental is most important.”

Stand Up For Yourself, and Do What You Love

When it comes to advice for women looking to follow in her path, chef Bo encourages them to stand up for themselves. “It’s good that people have become more aware of gender equality, or the empowerment of women, because I think in this part of the world it’s really needed. I probably want to see more women stand for themselves or stand their ground a little more, because — especially in Thailand — they tend to be quite submissive. They can be more, not passive-aggressive, but more assertive for sure, and believe in what they can do.

As for becoming a chef, “You just have to make sure that you really like it,” she says simply, “because it’s not as pretty as it looks. But if you have commitment and you have passion, you will be successful for anything you want to do anyway.”