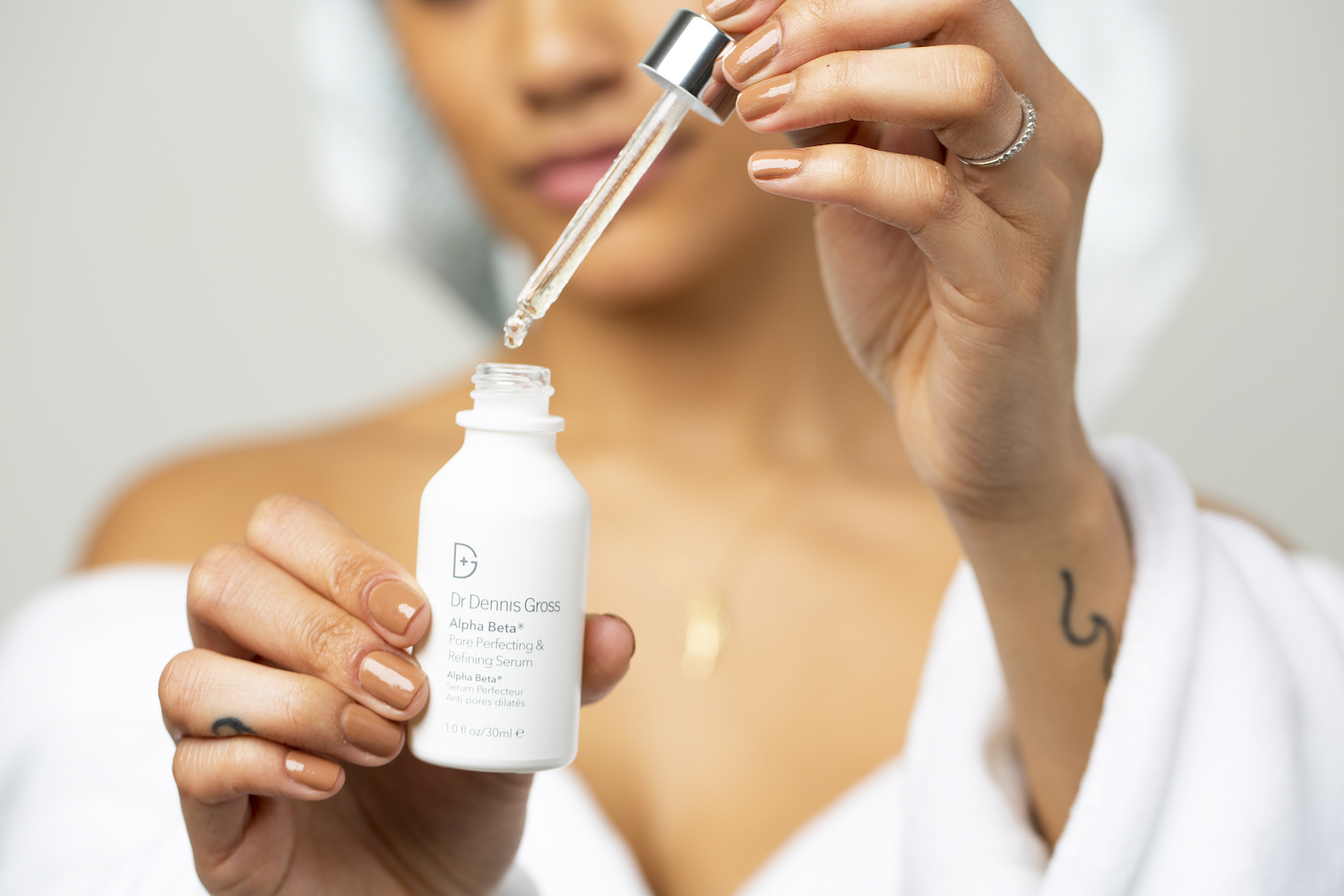 Conversations: Getting to Know the Real Face Behind Beauty Brand Dr Dennis Gross

When asked if she’s the woman behind Dr Dennis Gross, Carrie Gross’s response comes with a megawatt smile. “Actually,” she replied, “I’m the woman in front.”

While the brand might have taken her husband’s namesake, it would not have existed if not for Carrie. A powerful and highly influential figure in the beauty industry, Carrie has always been rather savvy when it came to this field — a trait she inherited from her mother, who she describes as a woman who “had beautiful skin she’d take care of with all these moisturisers.” When California-raised Carrie moved to New York to work in fashion, she held on to her beauty regimen, often missing out on dance dates or going  to the beach with her friends in favour of a facial instead. And it was there in New York, that Carrie met Dennis.

“We both had this entrepreneurial energy. He brings the science and makes it approachable. I bring the love of the consumer and the industry and translate the science for them,” she tells us.”It was so exciting to me that from our first date, my wheels started spinning.”

Together, they birthed Dr Dennis Gross, where Carrie helms the brand as Chief Executive Officer. “I run the marketing, sales, distribution strategies,” she shares. “Dennis is in his office seeing patients everyday, all year long. We come to him for formulations; his primary responsibility is everything that goes into the bottle.”

How it all Began

Dr Dennis Gross’s first product was the Alpha Beta Peels, when the concept of skin treatment was in its infant stage, and most spas in the 1990s lacked potent anti-aging treatments. “The treatments were more of a steam, a mask, and a massage,” Carrie offered.

This was also when the first-generation lasers and glycolic peels made its debut. Calling them “aggressive”, Carrie cited Samantha’s post-peel ‘beef carpaccio’ skin in Sex and The City as an example. “But that really was happening in New York City. People were going to these clinics and getting these peels that were destroying the skin barrier,” she laments. “They couldn’t leave the house for two weeks.”

When Dennis saw such a dramatic reaction to these peels, he had the ingenious idea of creating a multi-acid peel that delivered instant radiance with zero downtime. “After he administered the peel [on me], I got up and looked in the mirror, and I was shocked,” Carrie laughs. “It was a visible transformation — I saw that my skin was radiant, like there was like no dullness no dehydration. There was an immediate softening of lines and my pores were cleansed; my skin texture was more firm and tight. I was blown away.”

Word soon spread and beauty editors, employees at L’Oreal and Estee Lauder, Wall Street executives, socialites and celebrities clamoured for an appointment. Even Carrie too had to fight for one.

“One day, I called him and I was like ‘I’m done’; just bring the peel home to me,” she continues with a large grin. “And he did, and that’s when I had the light bulb moment: I’m going to start a business with this peel for people to use at home.”

The first strategy they came up with was to create a home kit and to change the formula to an aesthetician strength. ” Initially, it was a peel [centric] business,” Carrie explains. “You go to your aesthetician once a month for your facial once a month and you take your box of peels home — it’s a 30-day supply. When you run out, you’re like, ‘Oh, time for another facial’.”

One thing led to another and from selling to medi-spas, Sephora and Nordstrom began knocking at their doors to carry their brand.

The Alpha Beta peel continues to amaze the media and masses alike, and this year marks its 20th anniversary. Today, there are three varieties are available: Ultra gentle, universal, and extra strength with different doses of acids to renew and nourish skin.

While acids and chemical exfoliants are increasingly embraced in mainstream circles today, it wasn’t the case two decades ago. “It was controversial even among the medical community. They thought you had to injure the skin in order to make it healthy and produce collagen”.

How Have Consumers Changed?

When asked how consumers’ behaviours have changed between now and then, Carrie points out that today’s beauty buyers are very educated. “One of things that has changed is that younger consumers are realising that they can prevent ageing. Back then, people did nothing for their skin, and would go straight to a facelift at 50,” Carrie explains. “When we started, there was no Botox, there were no injectables. And there weren’t really any lasers that weren’t excruciating, painful, or expensive. Now people know that you can do a little bit every day — you can get a laser treatment every other month or use an LED.”

Still, she sees room for improvement. “People should know their skin intimately. Have a magnifying mirror. Set skin goals and track them to make sure that their products are working for them. You have to really pay attention and look in the mirror.”

A Skincare Tip She Wishes She Followed when She was Younger

Carrie alerts us to one skincare rule that most people neglect: SPF for the body.  “I’ve done okay with protecting my face but when I was younger I did not take care of  skin on my body. Even areas like the inside of your elbow, it’s so important.”

Trends for the Next Decade

“People are interested in the advancements that are happening in the medi-spa field,” she says. “Lasers that used to be super expensive and required a lot downtime to recover from have become state of the art. You can get a laser that builds collagen on the exact skin cell that your doctor wants to target with a light beam.”

What’s next for Dr Dennis Gross?

Carrie tells us that the next launch is not targeted at skincare novices. “This is for someone who has acclimated using active ingredients and want a little bit more. It’s professional grade and comes with patient protocol instructions. We’re using alpha and beta hydroxy acids, plus an enzyme that draws the acids a little bit more into the skin.It comes with organic sterilised cotton balls and has two steps like the peels. There is still no downtime, but remember, this is not where a newbie should start.”

All images are courtesy of Dr Dennis Gross. This story first appeared on Prestige Online Singapore.

Sign up to get the latest luxury and lifestyle news delivered to your inbox.
Prestige Online
beauty