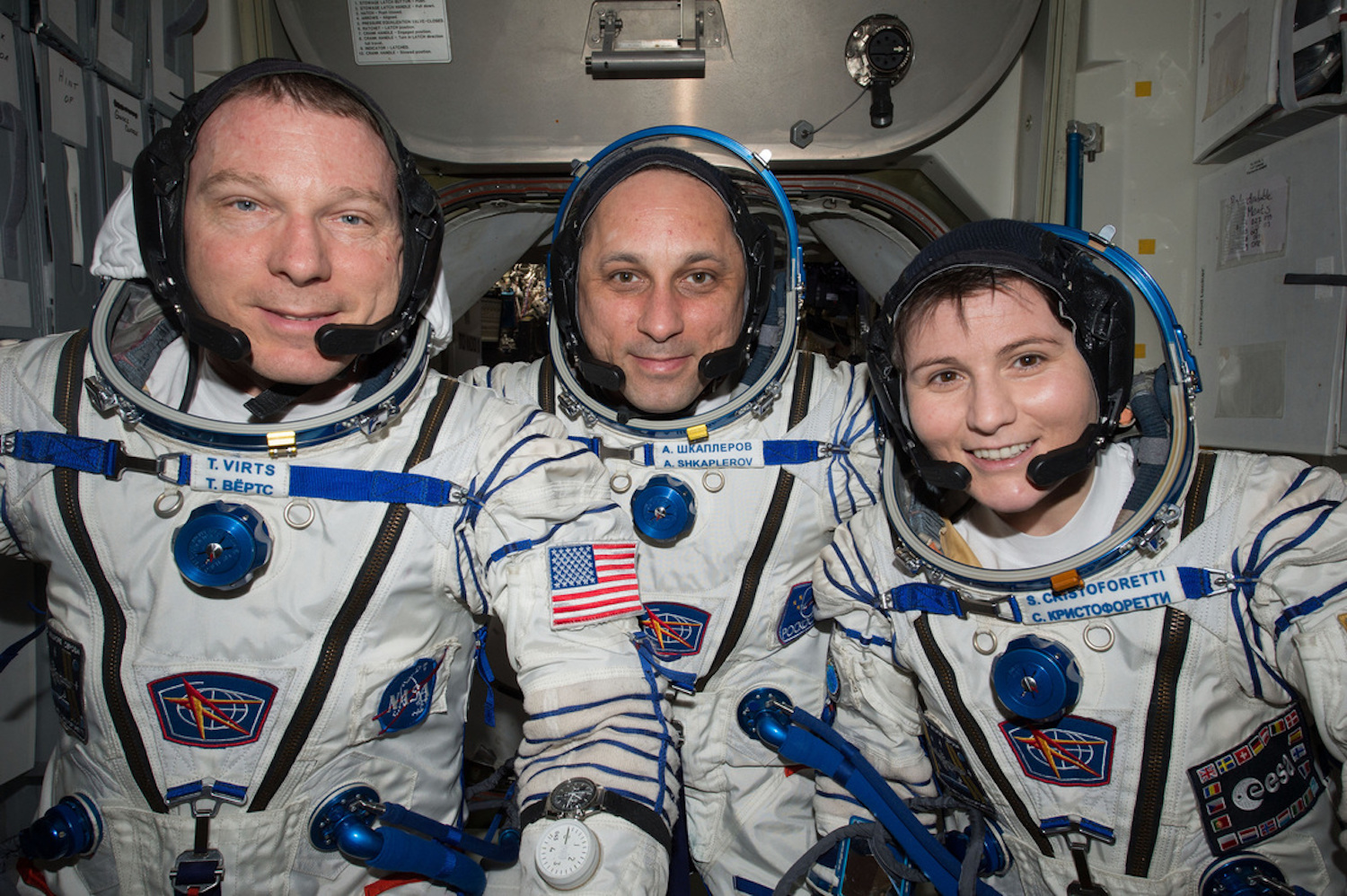 2019 has been a big year for Omega and its iconic Speedmaster, as the world celebrates the 50th anniversary of the renowned lunar landing — an event that made scientific history, and also turned Omega’s chronograph into the now-legendary “Moonwatch”. Paying tribute to the first watch worn on the moon, the luxury Swiss watchmaker has released it’s Speedmaster Apollo 11 50th Anniversary Limited Edition. As we commemorate the chronograph that set new technical standards in watchmaking history, we sat down and had a chat with Colonel Terry Virts — a former NASA astronaut who’d taken Omega to the moon with him. Read on about his thoughts on outer space, his favourite planet, and the most accurate Hollywood space movie below.

How did it feel to be in space for the first time? “So beautiful, and so spectacular that it was hard to focus. Imagine being distracted, only more distracted than you’ve ever been, and could ever imagine being. I spent seven months in space total, and the whole seven months was like that — whenever the earth was beautiful, or something was outside, it was very easy to just look. You had to be very disciplined and concentrate on your work.”

Is time different in space?

“So, your body feels the same because our bodies are designed to work on 24 hour schedules — you’re awake, and then you get tired. But what you see out the window is very different, because you’re going so fast that you have a sunrise and a sunset every hour and a half. If you just went by whether the sun was up or down you’d go insane because it changes so often. We really had to pay attention to our watches to figure out what time it was, because looking outside you really couldn’t tell.”

What watch did you use? 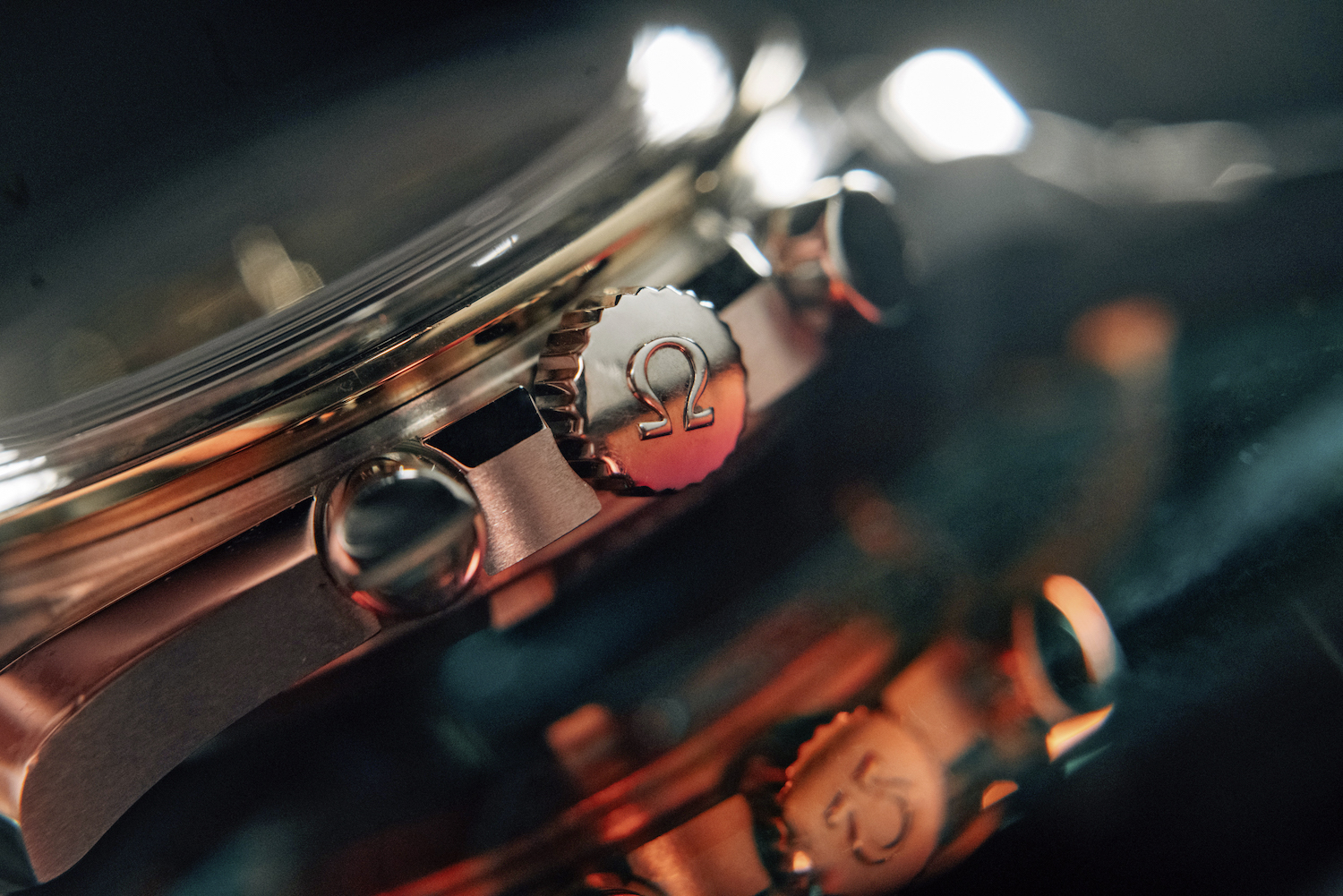 “In space, I had an Omega Speedmaster for the spacesuit, but the one I wore everyday was an Omega X-33, which is the best watch ever. It’s got two time zones, and a mission elapsed time, so it counts how many hours and minutes you’ve had since launch, and that was how NASA used to manage space shuttle missions.” 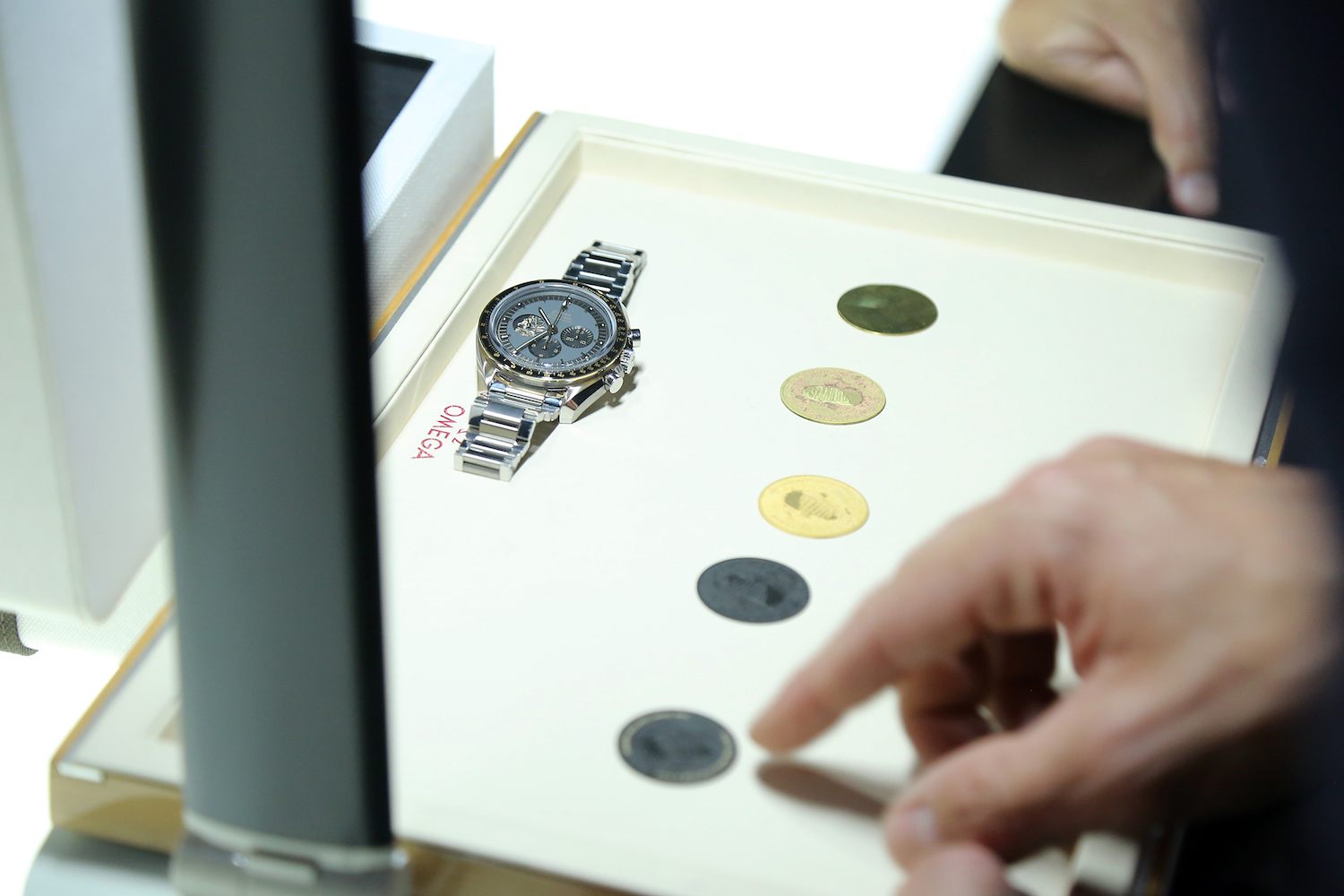 “When they had a competition to see what watch NASA would choose to send into space, all the best brands in the world competed and the Omega Speedmaster won. It’s hard for a watch to operate in space — the acceleration and vibration of the rocket launch is not easy. It’s like taking your watch and shaking it for several minutes while several people sit on top of it. Then with weightlessness it’s different — like being dropped for seven months. These watches have to be able to operate outside of a spacewalk, or if there was a leak inside the spaceship they had to be able to work, so they have to work with no air, which is a crazy environment that doesn’t exist on Earth. Temperatures can be really extreme, and the Speedmaster was the only one that could do all that.”

Which Hollywood space movie is most accurate? 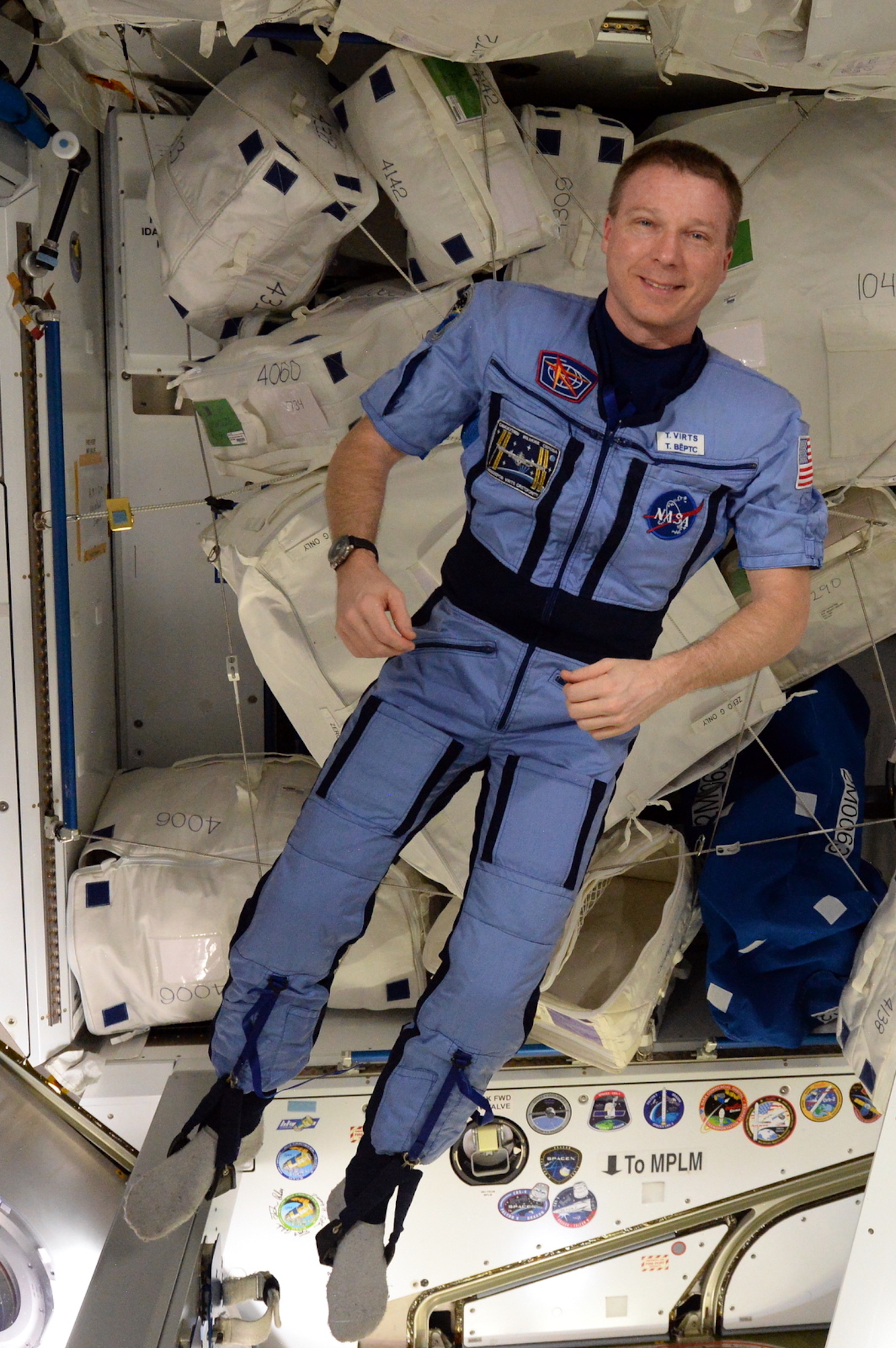 “There are a few. The Right Stuff is great — it’s from 1983, so it’s a little bit old, but it’s timeless and is about the original Mercury astronauts. Apollo 13 was really good because it’s a real story, it doesn’t use computer graphics at all. They filmed it with live cameras and live actors in an airplane that would pull up and push and you get about 20 seconds of weightlessness. So they were filming these guys who were actually floating. CGI is okay, but I just prefer humans over computers, so I really liked Apollo 13. Interstellar is also a great movie.”

Were you ever scared? 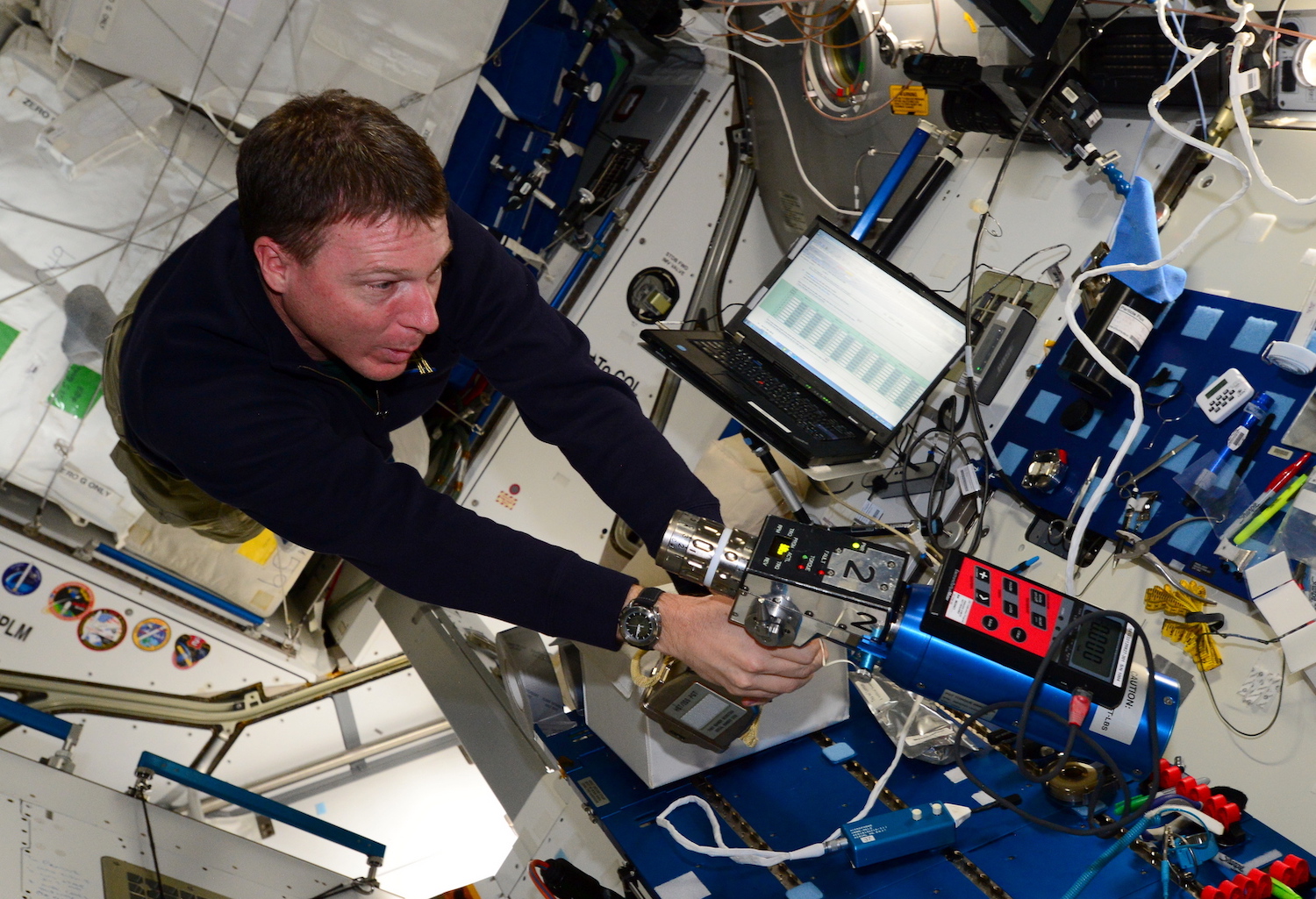 “I’m really weird — I honestly never felt fear. While I was in space I just kept thinking ‘I’m going to be in space for a few months, and I’ve got the rest of my life to be on Earth. So while I’m in space I’m going to enjoy it.’ I guess I was afraid that I would make a mistake, and that my friends would see that mistake, you know. You don’t want to be making mistakes when everybody’s watching. I know it’s probably not rational, but that’s the way my brain — and a lot of the other guys’ brains — worked. I think that fear was more powerful than the fear of dying. You don’t want a nickname for the wrong reason.”

Was it hard to do things up there? “Yes, 100%. Weightlessness makes everything harder, except for pull-ups. Brushing your teeth is hard because the thing floats away, and there’s no sink to spit in when you’re done. So if you put a lot of toothpaste on there and you have a mouth full of toothpaste, you can’t spit it out. Or you have to take a towel and just spit into it. I learned to use a little bit of toothpaste and just swallow it, because otherwise what do you do with it?”

How did you wash your clothes? 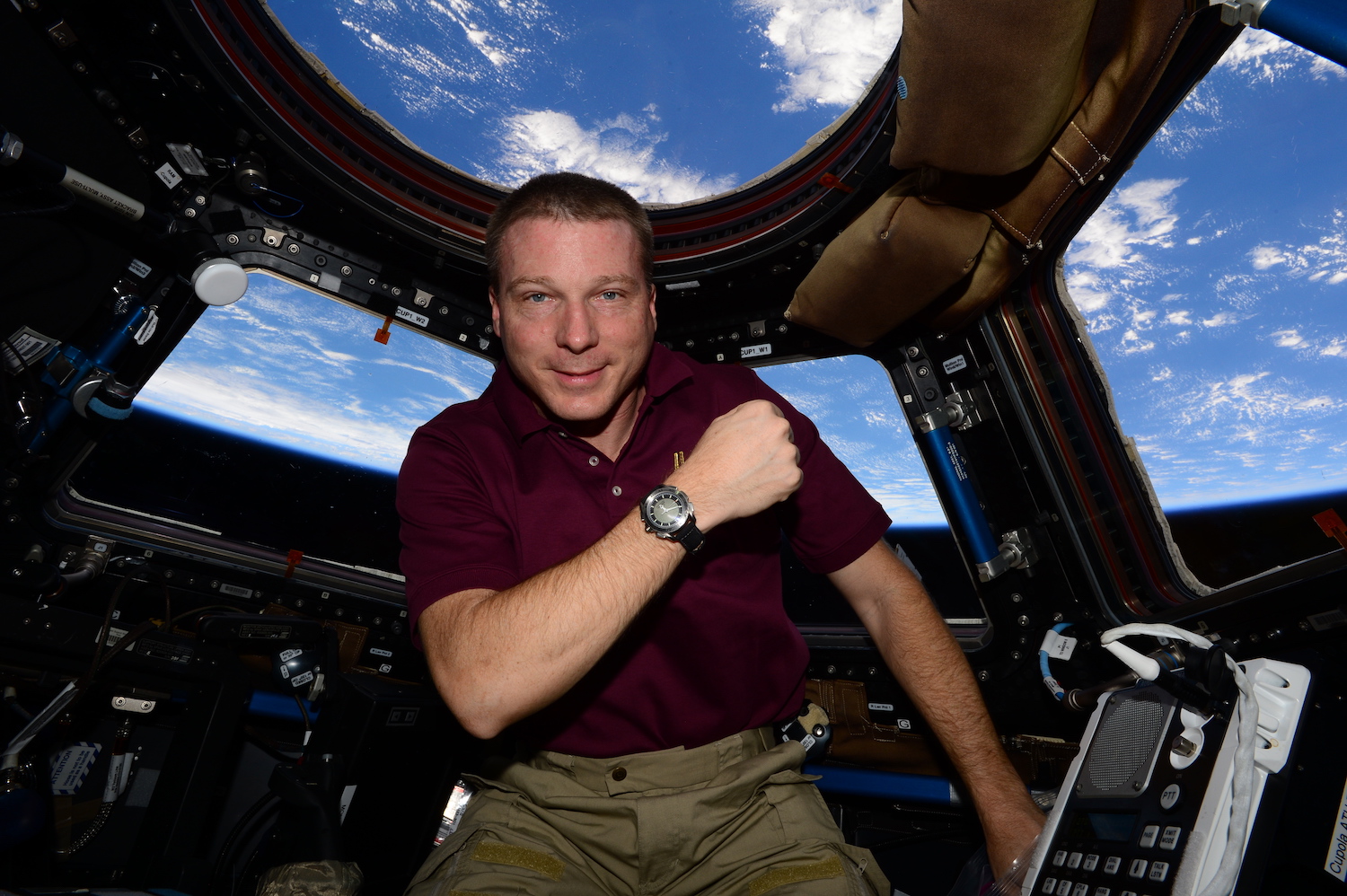 “We didn’t — we would new clothes every two weeks. A litre of water is about 40,000 dollars, so around a million and a half baht. It was cheaper to fly in a new T-shirt, than a couple litres to wash it. It just wasn’t worth it, plus you would also need to build a washing machine. If you’re not exercising, you could wear the same pair of shorts for months. But when you exercise, which we do everyday, you get sweaty, and that’s when it becomes a problem.”

“When I grew up, America launched these satellites that went to Jupiter, Saturn, Uranus and Neptune, and I remember every month, I would sit in my bedroom waiting for this astronomy magazine to talk about these planets. I loved Mars because it’s obviously really interesting — there are so many reasons we should try exploring there. But I came back from space thinking that Earth is my favourite planet. It’s beautiful, it’s where we live, and it’s the only place we’re going to live for a long time. There’s no Plan B.”

Find out more about Omega at omegawatches.com.

watches
omega
omega speedmaster
apollo 11
terry virts
omega on the moon
Mary Losmithgul
The online content creator for Prestige Thailand, Mary handles the magazine's digital platforms. She enjoys black coffee, astro charts and listening to entire albums in one go. When not engrossed in a novel or having brunch, catch her on the hunt for new restaurants and the city's latest happenings.
Talk to Me About:
Society
events
travel
property
watches
drinks