By PrestigeOnline Thailand
back
Cover Story: 5 Things You Need to Know about Chaval “Richie” Jiaravanon

Although his mission to make it big on his own has just begun, Chaval “Richie” Jiaravanon has already left his mark in the fields of education and technology. We get to know the young venture capitalist and emerging entrepreneur, and discovers how he’s always chosen his own unconventional path. The confidence to choose his own path is quite a constant theme for this youngest child of Chatchaval Jiaravanon, Executive Director of True Corporation, and his wife, Kwanjai. Growing up, there had been jokes from classmates asking if people recognised him in 7-11 convenience stores, but Richie mostly remembers years of activity-packed and fun schooling at ISB, before he was sent to Blair Academy in New Jersey in the USA in 8th grade. Boarding school was a tough wake-up call for him, but while living in America he was introduced to a variety of winter sports – namely skiing and ice hockey. When he finally made the cut for Thailand’s national ice hockey team during his second year of college, the catch was that he had to be living in Thailand for at least six months per year. This led to him enrolling into Chulalongkorn University’s Faculty of Commerce and Accounting to pursue a Bachelor’s degree in International Business. “I don’t think my parents agreed with me, but they eventually allowed me to come back to Thailand,” he laughs. “Looking back, I think I made the right decision, because I really wanted to play on the national team and that was the only possible time it could have happened. Ideally, it was also when I was most athletic, and I also didn’t have a full-time job. After I first made it, I wanted to keep playing for as long as I could.”

From one burning passion to the next, the opportunity to launch Snapask in Thailand came about when Richie was still in his third year at university. Always one to tag along with his father to experience the workings of the business world, and meet fund associates, Richie hit it off with Timothy Yu, the Hong Kong-based founder of Snapask. The opportunity to launch a joint venture of the application in Thailand intrigued him, so college took a backseat while he dedicated his hours to his first enterprise. 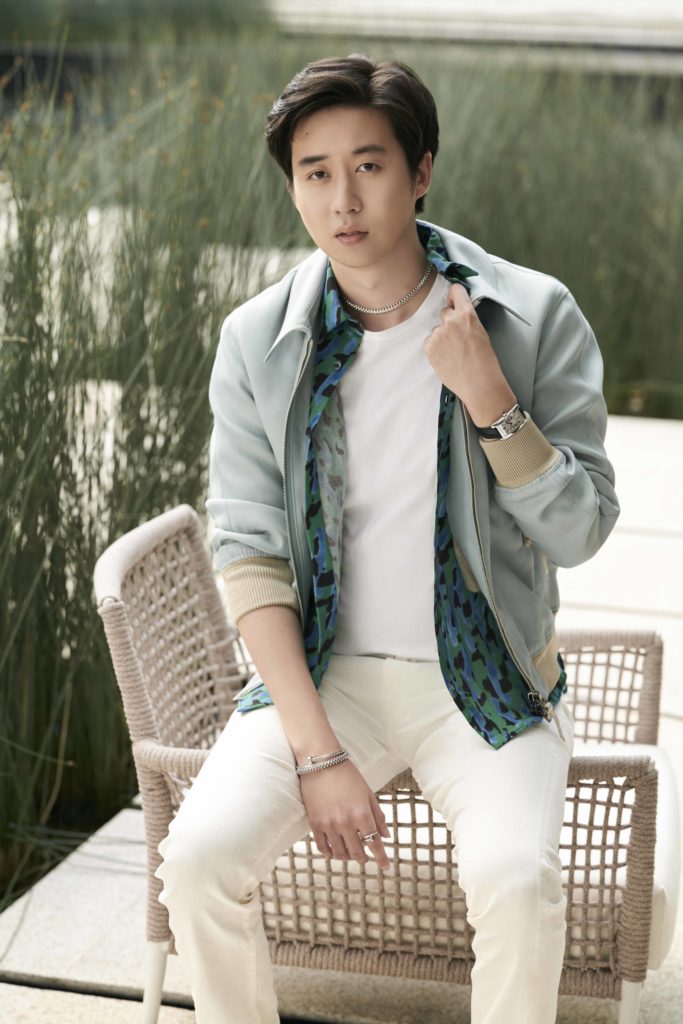 “If I could have it my way, I would be a Mark Zuckerberg and just drop out,” he laughs. “But my mother wants me to graduate so I still take courses on the side to complete my degree, which is a really tough commitment as Thai university classes run for three hours. I personally feel that to be an entrepreneur you don’t really need a degree and, luckily, my father feels the same way. I was always involved with work and he saw to that, sending me to intern at McDonald’s when I was just 13.”

Learning through hard work and first-hand experience has continued since those days at McDonald’s, and despite coming from one of the most prominent families in Thailand – the dynasty behind the country’s leading agricultural and telecommunications businesses – Richie stresses that the road to entrepreneurial glory was still tough for him too. “One thing I’ll say is being an entrepreneur is difficult. It’s not for everybody.” He goes on to admit that he was fortunate to have the financial background to do it with a lower risk. “For people who really want to be entrepreneurs, it’s important that you have immense, immense conviction,” he stresses. “You need to have such a firm self-belief, because 90 out of 100 people will tell you it will fail, but you need to believe it will work. That doesn’t mean it will work, but it’s the mentality you need to develop, because a startup doesn’t function like a regular company. I want people to know that it’s a difficult thing, because you have to sleep with it and think about it all the time. It’s incredible to deal with that kind of stress and pressure, even for someone like me, who has a fail safe.” If a strong conviction is already one of your attributes, Richie next lists seeking out smarter people and a network – “who have the hard skills” – and knowing how to sell your idea, as the crucial components to future success.

Cryptocurrency and the ‘Metaverse’

While part of his time does go to help manage his family’s portfolio, a greater slice is allocated to Infinity Ventures Crypto, a cyber currency fund Richie co-founded which invests in promising startups in the field of blockchain and Web 3.0. As one whose eyes light up at the mention of fintech and all things digital, the crypto savant mentions that “metaverse” is definitely one of the big buzzwords at the moment. “This is what’s driving the community right now and there’s a real adoption to using crypto wallets,” he points out. “Not in the traditional finance sphere but quite so in entertainment, which is logical if you think about it. Entertainment is easier for people to pick up. A big trend will be Web 3.0, which is even beyond crypto. What this means is that instead of your internet being processed by a centralised source, it’s now processed all around you by different AI sources. Now websites are much smarter, process faster, and can do much cooler things. The way we use the internet will evolve even more, and artificial reality and virtual reality will become very big in the next four to five years.”

On to the next big thing

Since he was last featured in Prestige in 2019, major shifts for the young venture capitalist have included successfully cashing out from Snapask, the edutech company he helped expand into Thailand in 2017. Under Richie’s management, the online tutor and student matching platform took off even before Covid-19 began hindering in-person tutoring and spurred the necessity of online learning. Today, Snapask Thailand has grown to help over one million Thai students, with its 24-hour service that answers homework questions through timely chatting means. Now that he’s sold his shares in Snapask back to the parent company as initially planned, Richie can finally enjoy a bit of a breather. “After dealing with being so stressed for three years and all of a sudden it worked, that feeling is incredible. I don’t feel this way about many things, but this tells me incubating companies is what I want to do. When you see companies you helped build become worth millions of dollars, it is an unbelievable feeling!”

Currently, Richie’s off onto his next adventure, and this time he’s pumped to fully blaze his own trail – discovering how far he can go by himself, beyond the backdrop of his family’s firm. “Right now, working for the family business is not on my mind at all,” he explains. “For me, the most important thing is to create something sustainable of my own. I’m close to my cousins though, and if they need my help later it’s something I could consider for the future. My parents have always been supportive of me trying many things, and always told me to prioritise what I was passionate about and cared about. The important thing for them was just that I knew how to provide for myself and stand on my own two feet.”

This story was first published in the December 2021 issue of Prestige Thailand.