How Chef Nobuyuki Matsuhisa Turned Nobu into a Culinary Powerhouse 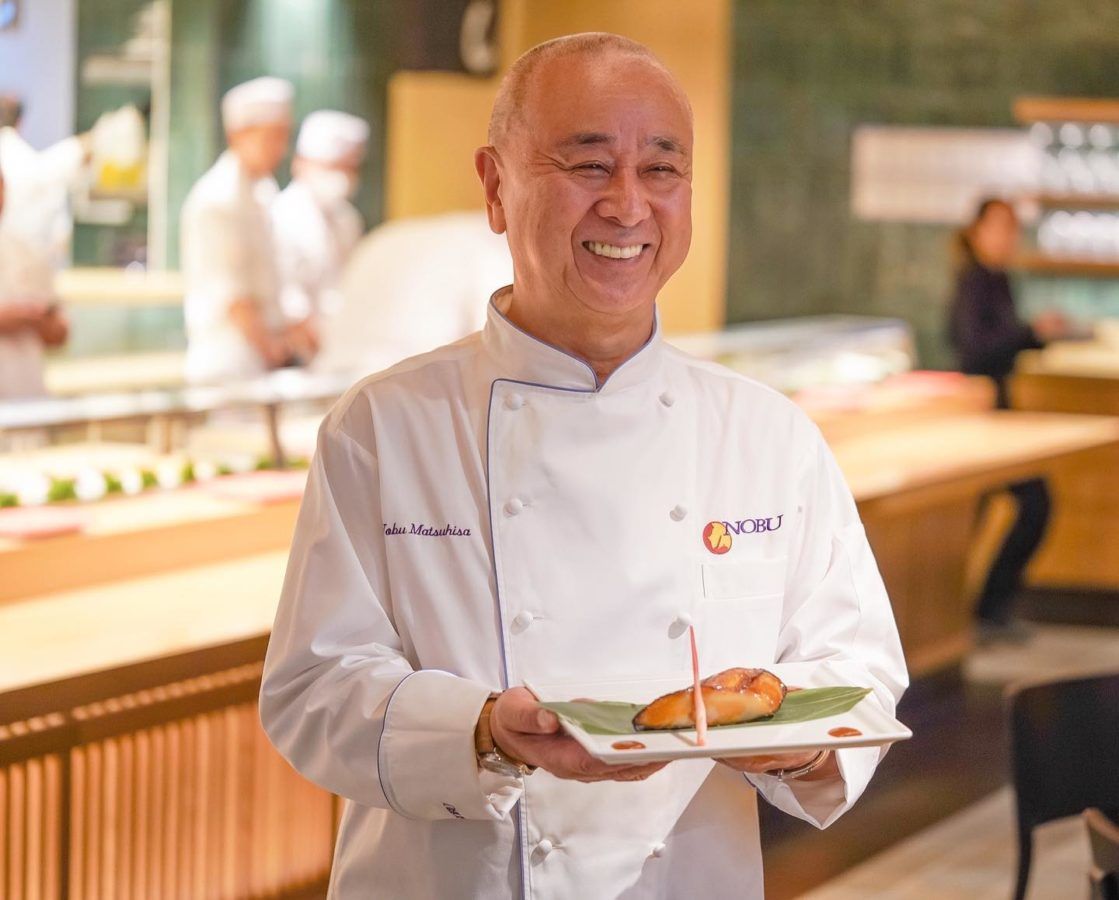 Chef Nobuyuki “Nobu” Matsuhisa never set out to build an empire, but that’s exactly what he has done.

His eponymous restaurant chain, Nobu, now includes 47 locations across five continents. The restaurants are celebrity hotspots everywhere from Dallas to Dubai, and Matsuhisa has become a celebrity in his own right, with movie cameos, shoutouts in rap songs, and an inner circle that includes Robert De Niro.

Before Nobu, Matsuhisa was a kid in Saitama, Japan going through a difficult childhood. He lost his father when he was 8 and was expelled from high school at age 17. At 18, Matsuhisa moved to Tokyo to work as an apprentice chef at Matsuei-sushi, a family-run sushi bar. He had wanted to be a sushi chef ever since his older brother took him to a sushi restaurant as a child; this job was step one in accomplishing that dream. After seven years, Matsuhisa said yes to another dream—travelling the world—when a regular of the sushi bar offered him an opportunity to open a restaurant in Lima, Peru. That’s where Matsuhisa first developed what would become his signature style: the melding of Japanese techniques with Peruvian ingredients. Three years later, the partnership ended on bad terms. Matsuhisa moved to Argentina briefly, but headed back to Japan once his wife became pregnant with their second child. In 1977, a friend asked if he’d want to open a Japanese restaurant in Anchorage, Alaska, and Matsuhisa couldn’t say no—he still yearned to share his cuisine with the world. And then came another setback: after just 50 days, an electrical fire caused the Alaska restaurant to burn down.

Matsuhisa plunged into a depression so deep that he contemplated suicide, but he knew he had to keep going. Shortly after, he took a job at a six-seat sushi restaurant in Los Angeles. He got a green card, moved his family to LA, and focused on perfecting his craft. In 1987, Matsuhisa was finally ready to try again. With the help of a USD 70,000 loan from a friend, he opened Matsuhisa in Beverly Hills, showcasing his fusion style to Hollywood’s elite. Robert De Niro first ate at Matsuhisa in 1988. He loved it so much that he suggested opening an outpost in New York. Matsuhisa was hesitant to enter into another partnership, but in 1994, after significant media attention (including being named one of Food & Wine’s Best New Chefs in 1989), years of persuasion from De Niro, and backing from film producer Meir Teper, Matsuhisa opened the first Nobu in New York‘s Financial District. Like Matsuhisa, Nobu was an instant hit (Next Door Nobu opened in 1998 to help with diner overflow; it closed in 2017). While the food was largely the same at both restaurants, Nobu could seat far more diners and was designed with a glitzier aesthetic, helping to challenge the world’s perception of what a sushi bar could be.

Decades later, Matsuhisa likens himself to the conductor of an orchestra. Although dozens of restaurants bear his name, Matsuhisa has worked to ensure that every location can run smoothly on its own, as individual representations of the Nobu brand. More than a brand or even a business, Matsuhisa sees his restaurants as a family. “This is what I’m most proud of,” he said. “My kids growing in the world.”

The first Nobu Hotel opened in Las Vegas in 2013; today, there are 13 Nobu Hotels worldwide. Hotels were a natural progression for the brand, built with the same careful attention to detail and sleek design aesthetic. Although the hotels involve bigger operations than the restaurants, Matsuhisa said the philosophy is the same: “We like to make our guests happy.”

40,000: pieces of Miso-Marinated Black Cod were sold in 2021 at Nobu 57 and Nobu Malibu, the two busiest locations

6: number of times the name “Nobu” appears in Jumpman, the 2016 song from rappers Drake and Future