Korean Celebrities Who Are Brand Ambassadors of Major Fashion Labels 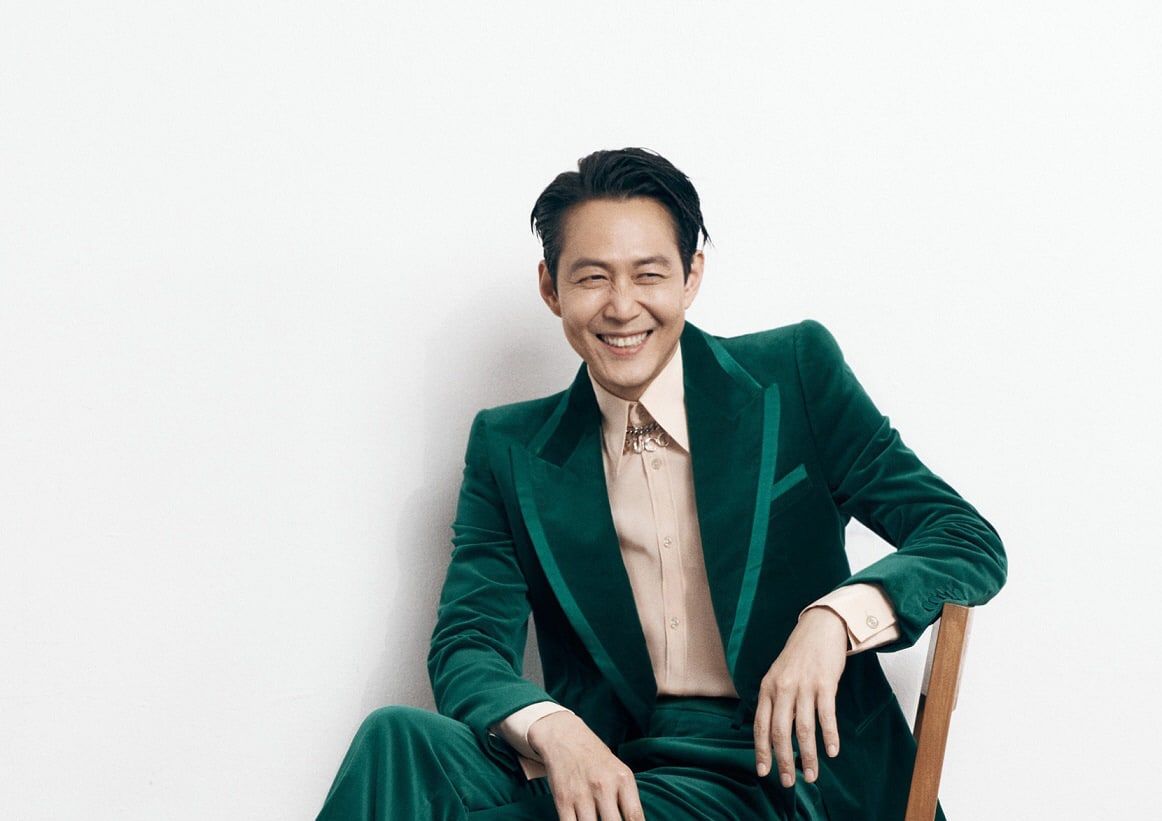 Whether it is the audiences’ love for K-drama films and series or the world tapping to the tunes of K-music, South Korean artists have captured the imagination of one and all, and the fashion industry is no exception.

Such is their ever-growing reach that the world’s biggest luxury brands have turned to collaborating with some of the most famous Korean celebrities.

The K-pop and hip-hop artist is Fendi’s brand ambassador in Korea. For his first campaign, Zico wore a white denim jacket, jeans and t-shirt from Fendi Men’s summer capsule 2022 collection. He paired the look with a black Peekaboo ISeeU Mini and Baguette.

“Seeing how FENDI has created wonderful projects with different creative talents around the world, I am excited to join the family to do great things together!” Zico said in a statement following his appointment as brand ambassador.

Lisa of BLACKPINK is one of the biggest Korean celebrities who fronts multiple prominent labels as their brand ambassador. These include Scotch whisky brand Chivas, for whom Lisa became the first female ambassador in Asia.

“After being on such a huge personal journey and hustling over the past few years, I want to inspire people to elevate themselves. It was a no-brainer to partner with Chivas, as their values are so closely aligned with my own, plus I’ve always been a whisky fan!” Lisa said after she was named the brand ambassador.

The Thailand-born rapper is also the face of luxury lifestyle global brands such as MAC, Celine, and Bvlgari.

One of the most followed celebrities in the world on Instagram, Lisa often posts about the brands she endorses on the platform.

Jisoo is another famous member of the all-girls K-pop group BLACKPINK. She is the global ambassador of French luxury jeweller and watchmaker Cartier, joining the likes of Ella Balinska, Yasmine Sabri and Chang Chen.

“It’s a truly meaningful honour for me to become a member of the Panthère community, in which each and every individual has their own unique and distinctive colour,” she said, referring to the iconic panther symbol of the brand.

“I’m looking forward to being able to share Panthère’s beauty with many people,” she added.

Besides Cartier, the K-pop icon is also the face of Christian Dior. She has often appeared in public wearing Dior pieces, underlining her long association with the brand.

Some of her most-liked Instagram pictures are those featuring her in Dior dresses, such as the one in which she poses in a yellow tartan outfit, which had a reported media impact value of millions of dollars.

The All of Us Are Dead star is one of the youngest faces in Korean entertainment appearing as the face of luxury lifestyle brands. Coach picked him as the brand’s first ambassador for Korea, and he debuted in its Spring 2022 ready-to-wear campaign.

“When I was in elementary school, my mom had a Coach bag. So, that was the first impression I had of Coach. Coach was never an unfamiliar brand for me,” Yoon told Lifestyle Asia after he was named brand ambassador.

“I was initially really fascinated to hear about the history of Coach,” he said, adding, “I could see that there were many different types of items that Coach offers to the people. So, I think it would be really meaningful for me to continue this legacy, and carry on looking into Coach’s brand of fashion.”

Lee is a brand ambassador for Fendi and has appeared in its black Jacquard blazer, shirt and trousers from its men’s Spring/Summer 2022 collection. He has also posed with a Peekaboo ISeeU medium bag.

The actor has long been one of the most famous Korean celebrities fronting major luxury labels as their brand ambassador. This is because of his enduring popularity as an actor, starting with his breakthrough role as Goo Joon-pyo in Boys Over Flowers (2009) and playing Koh Hansu in the internationally acclaimed Apple TV+ drama Pachinko (2022).

Besides Fendi, he is the brand ambassador of LVMH‘s subsidiary brand Berluti, BOSS, and Malaysian household appliances company Cuckoo Malaysia.

The Korean heartthrob who starred in the hit Netflix series Crash Landing on You (2019-2020) is the first Korean celebrity to endorse the Italian luxury brand, Loro Piana.

“His social engagement towards humanitarian and environmental issues underscores the common values shared between himself and Loro Piana, making the partnership a natural decision,” the brand said in a press release.

Hyun Bin has also endorsed Swiss luxury watch brand Omega as its first Korean ambassador. He was featured on the January 2021 cover of Esquire Korea, sporting an Omega piece.

The Train to Busan (2016) star, who also made a special appearance in Netflix’s most-watched series Squid Game (2021), is Chanel Korea’s brand ambassador. The actor endorses the brand’s fine jewellery and watches.

Gong Yoo also did a shoot for Marie Claire Korea, where he was seen wearing the J12 watch.

As part of his partnership with the brand, Nam promotes various Dior products, starting from perfumes to skincare and makeup.

His flawless skin makes him the perfect choice for beauty and skincare product endorsements. Chanel tapped on him to endorse its first makeup collection for men — Boy de Chanel — in 2019 as the brand’s global ambassador.

“Lee Dong-Wook’s luxurious image and irreplaceable atmosphere fit well with the brand, so we chose him as the model,” a brand representative shared with a South Korean media outlet, as per KDramaStars.

The model-actor returned to the spotlight in 2021 after recovering from nasopharyngeal cancer. The same year, he attended The Sound Maker exhibition in South Korea as the brand ambassador of the Swiss luxury watch brand Jaeger-LeCoultre.

“I’m very delighted to be a Friend of Jaeger-LeCoultre, with a long history of 188 years and great watchmaking expertise. I look forward to the new journey with Jaeger-LeCoultre,” Woo-Bin said at the time.

He has also modelled for Jo Malone’s scent, Daydream in Color.

One of the highest-paid actors in South Korea, Kim Soo-Hyun is Tommy Hilfiger’s brand ambassador.

“For days at home and working life leisure and work, Kim always looks to the future with a smile,” Tommy Hilfiger’s website reads.

The actor has adorned the brand’s Autumn 2021 menswear collection.

Lee Jung-Jae of the Squid Game fame is the global brand ambassador of Gucci.

Upon his appointment in 2021, a press release by Gucci said, “Lee Jung-Jae’s charismatic and iconic style and a strong self-identity is similar to Gucci’s philosophy that values acceptance of diversity and self-expression.”

Another Squid Game star who gained massive popularity after the show’s release is HoYeon Jung. The model-turned-actress is now one of Louis Vuitton’s global ambassadors.

In an Instagram post on 6 October 2021, the French luxury fashion house’s creative director Nicolas Ghesquiere wrote: “I immediately fell in love with HoYeon’s great talent and fantastic personality, and I am looking forward to starting this new chapter of the journey we started at Louis Vuitton a few years ago.”

According to the post, she had earlier walked the ramp for the brand and had featured in a ready-to-wear campaign in 2017.

The gorgeous model-actress who is known for her stunning looks and versatility is one of the most famous Korean celebrities. She is also the brand ambassador of multiple labels.

Announcing her as its face, the fashion label took to Twitter in November 2021 to share pictures of the actress sporting its collection.

“#MinaShin joins as new Gucci global brand ambassador. Here, the actress appears in a series of images wearing key pieces from #GucciAria, including a selection of #GucciJewelry. #AlessandroMichele,” read the tweet.

The Descendants of the Sun (2016) actress is Fendi’s first Korean global brand ambassador.

Her strong and timeless appeal makes her the best choice to represent the luxury fashion house.