Miskawaan Health Group is firmly ahead of the medical and biotechnology curve, and Varit “Top” Taifayongvichit wants to keep it that way – always looking towards the future in terms of what science can achieve. Discover how the successful CEO is optimising his own health as well, as he attempts to add being a professional athlete to his already long list of accomplishments. 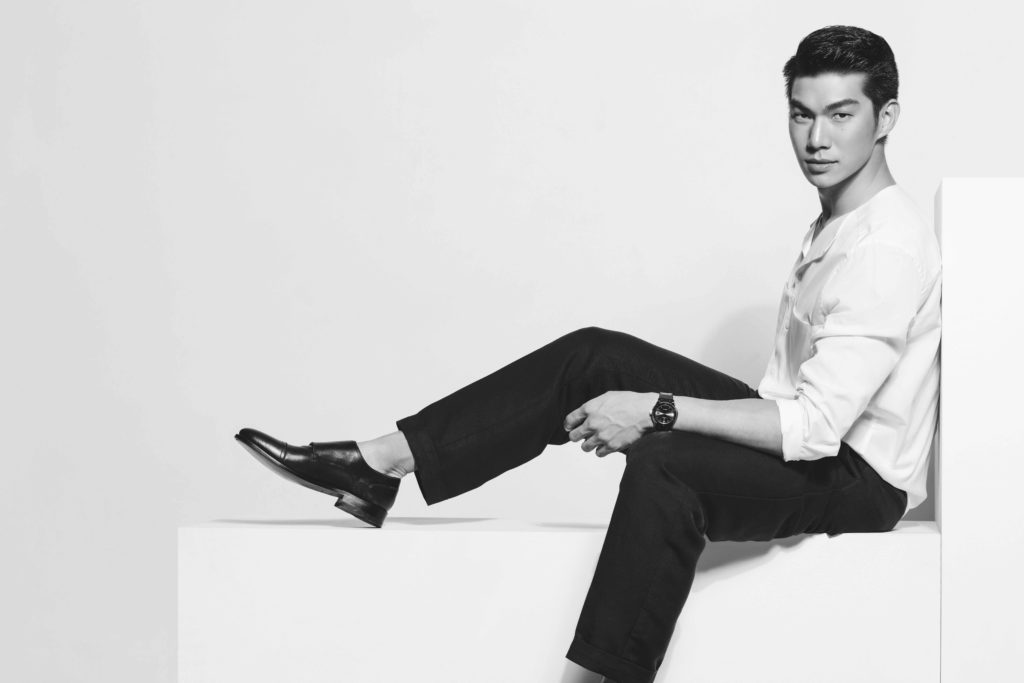 From a dream of being a neurosurgeon to CEO

In the beginning, Top was on track to become a neurosurgeon, and his original plan was to have a health-related business of his own after he had accomplished this goal. But, as is so often the case, fate took a slightly different turn. Nevertheless, this dynamic young man’s accomplishments to date clearly embody his lifelong penchant for both brains and business. 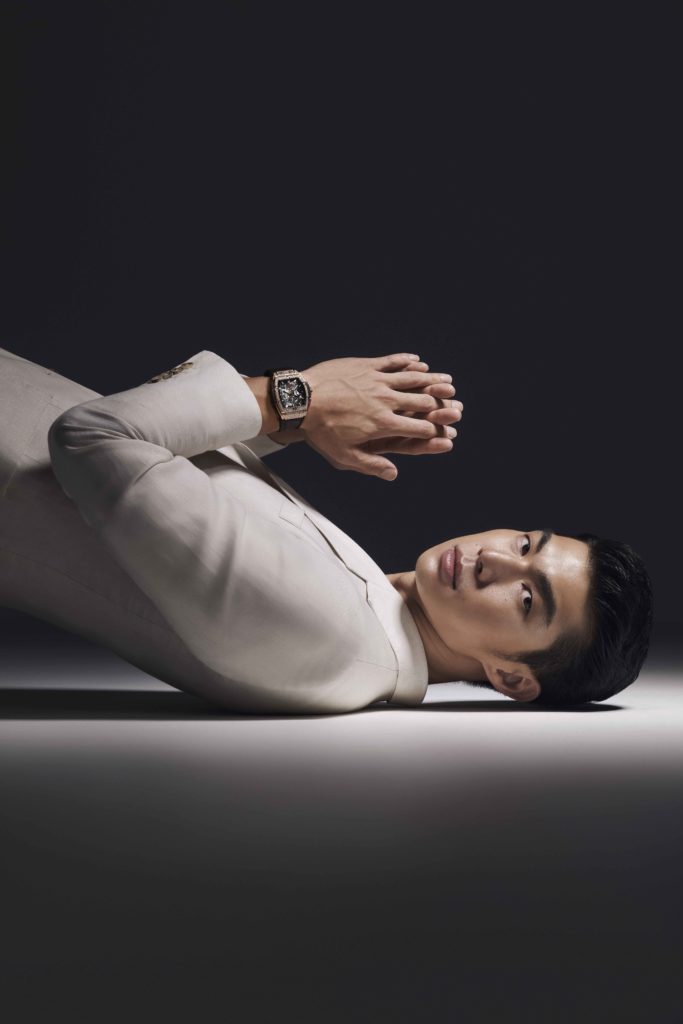 When college time came around, Varit chose to do his pre-med Bachelor’s degree in Biopsychology at Messiah University in Pennsylvania. “It’s in my personality that when I do something I want to be at the top,” he reflects, making it clear that he certainly lives up to his given nickname. “If I do something, I don’t want to finish somewhere in between,” he continues. “Idioms like ‘I don’t know, I’m not a brain surgeon!’ imply that brain surgeons are really smart and at the top of the medical food chain. I’m really interested in both neuroscience and cognitive science – which are the hardware and the software of one’s brain – so by my second year in university, after reading a lot and taking different courses, it was clear that I wanted to be a brain surgeon.” 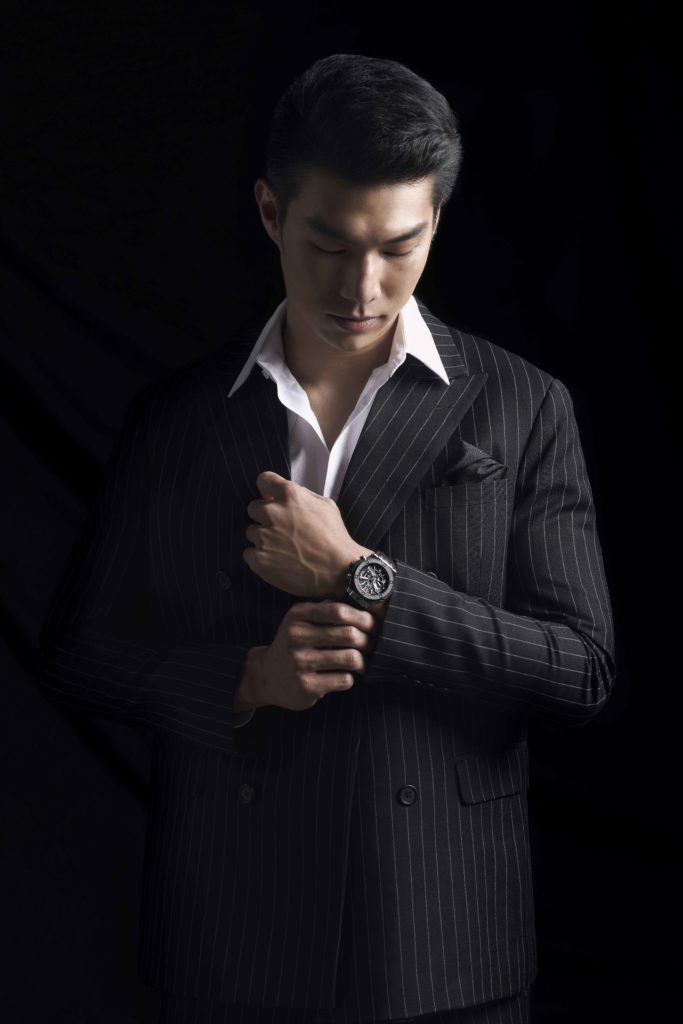 Now in his current role as CEO and board member of a handful of medical businesses, namely Life Women’s Health Ltd, Miskawaan Biotechnology Ltd, and Miskawaan Health Group Ltd, his childhood aspirations are still accurately reflected in who he is and what he does.

Business flair runs in the family

You could say that business-savvy runs in the family. On his mother’s side there is a hospitality history that encompasses hotel and restaurants. On his father’s side, some old-timers may be able to see the association with that family name as it relates to ‘Taifa’, Thailand’s first department store, which was on Yaowarat Road. Needless to say, all this accumulated knowledge from immediate and extended family has aided Varit in becoming incredibly well-versed in multiple fields. 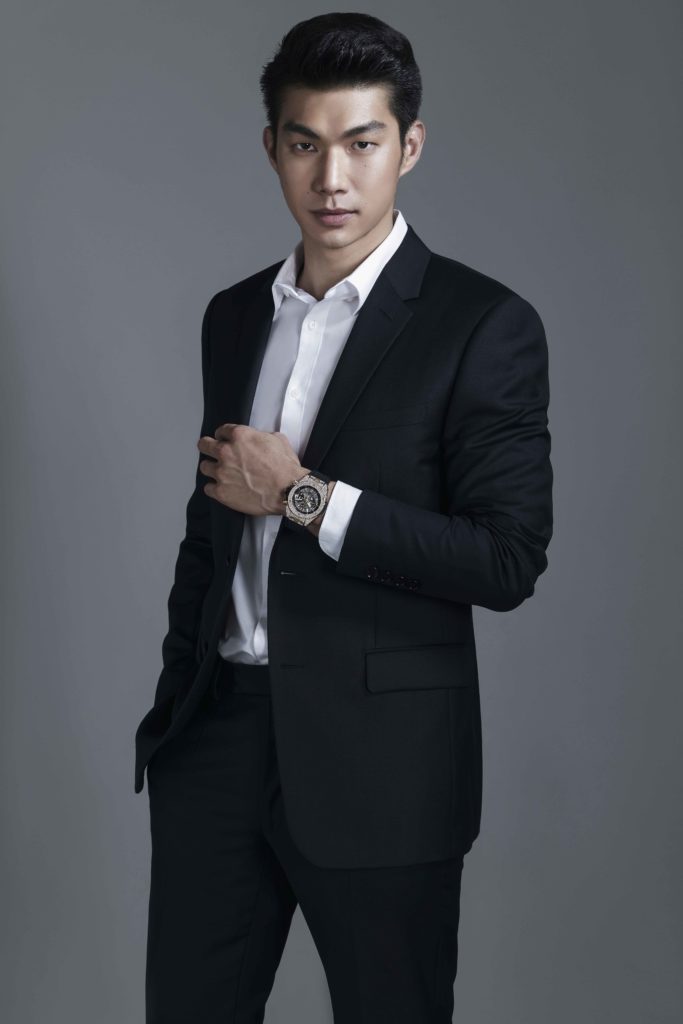 In time, his sharp wits played a part in landing him a job as an investment consultant after he returned from abroad, even though he had never taken any finance class before. During those years he would learn the practical skills required to trade stocks, while also earning a Master’s degree in Entrepreneurship Management from the College of Management, Mahidol University. In time, however, Thailand’s financial world experienced a slight period of instability, and it was these shifting sands that gave Varit all the more reason to jump ship and continue pursuing his interest in the field of medicine. When the golden opportunity arrived, he became a partner in the many health and medical businesses he oversees today.

A new approach to health and wellbeing 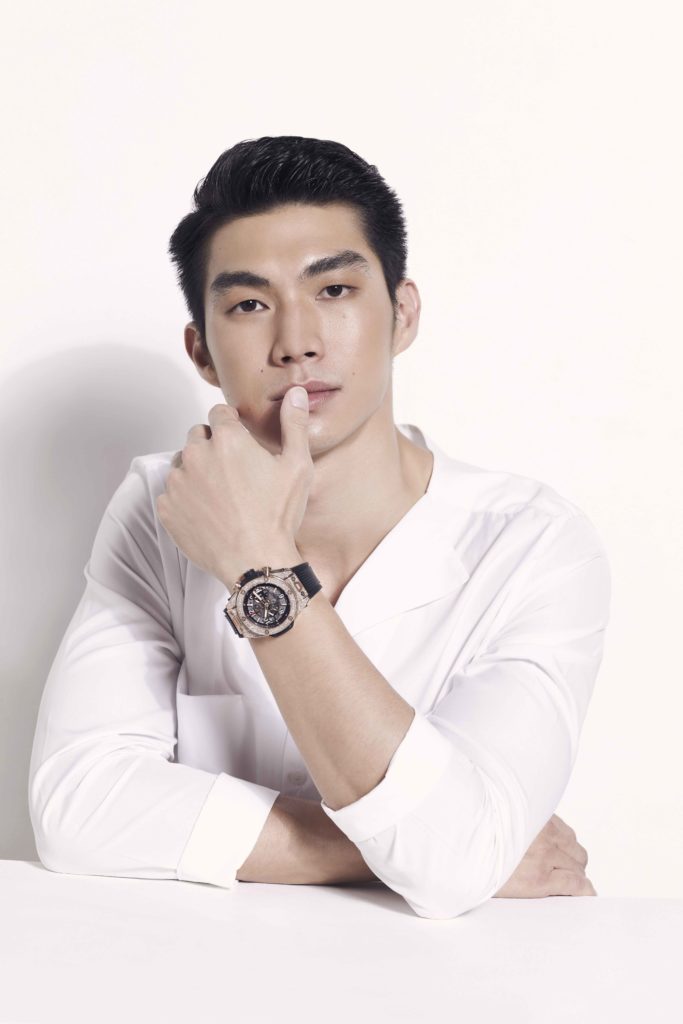 One of these businesses is Life Women’s Health, a premium women’s health and fertility centre located in Gaysorn Tower. As for his companies under the Miskawaan banner, these are proving to be most intriguing for health-conscious enthusiasts with a taste for cutting-edge technology. Utilising state-of-the-art innovation, operated by expert medical personnel, this worldwide group of health centres was founded by Varit and his partners: Australian entrepreneur David Boehm, and German medical doctor Dr. Johannes Wessolly. With branches in Bangkok, Koh Samui, Vienna, Ludwigsburg, and Hong Kong, Miskawaan Health Group differs from regular medical clinics in that it takes an integrative and scientific approach to restore patients’ health and enhance the wellbeing of healthy clients.

The art of ‘biohacking’ 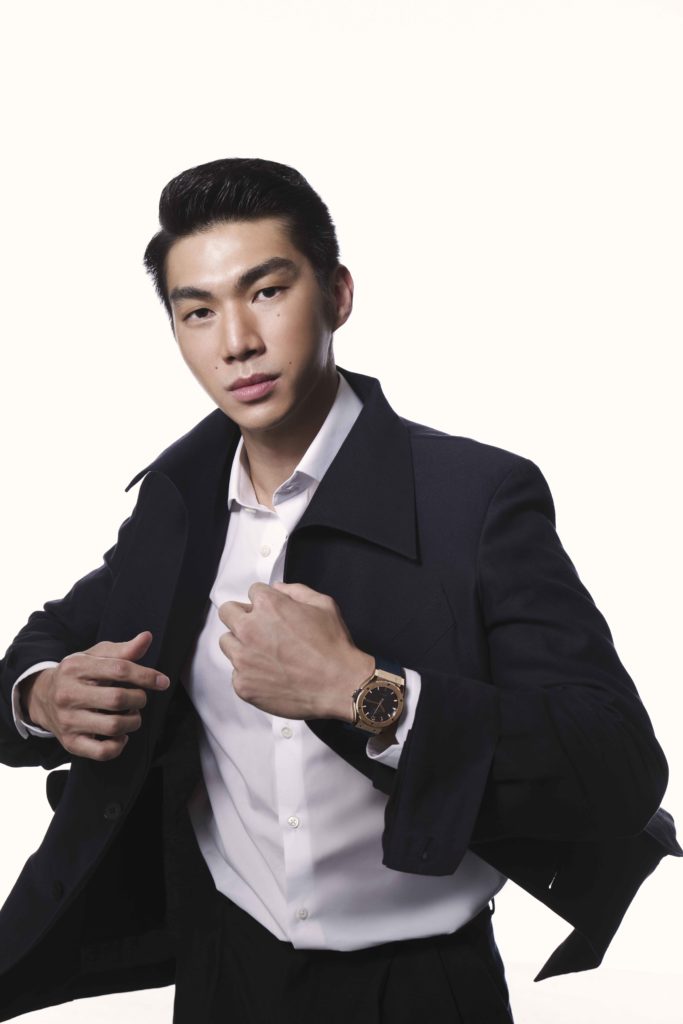 For Varit, the term he most wants to introduce to Thailand is “biohacking”, which for many will conjure up images of the sci-fi voodoo being practiced by nature-defying tech bros in Silicon Valley. In truth, however, it’s actually a very simple core concept that any layman can grasp. “Biohacking is just manipulating our external factors to enhance our biological self,” he explains. “It’s about using our knowledge in biology to defy the normal aging process, and to avoid undesirable natural processes our body normally goes through.” 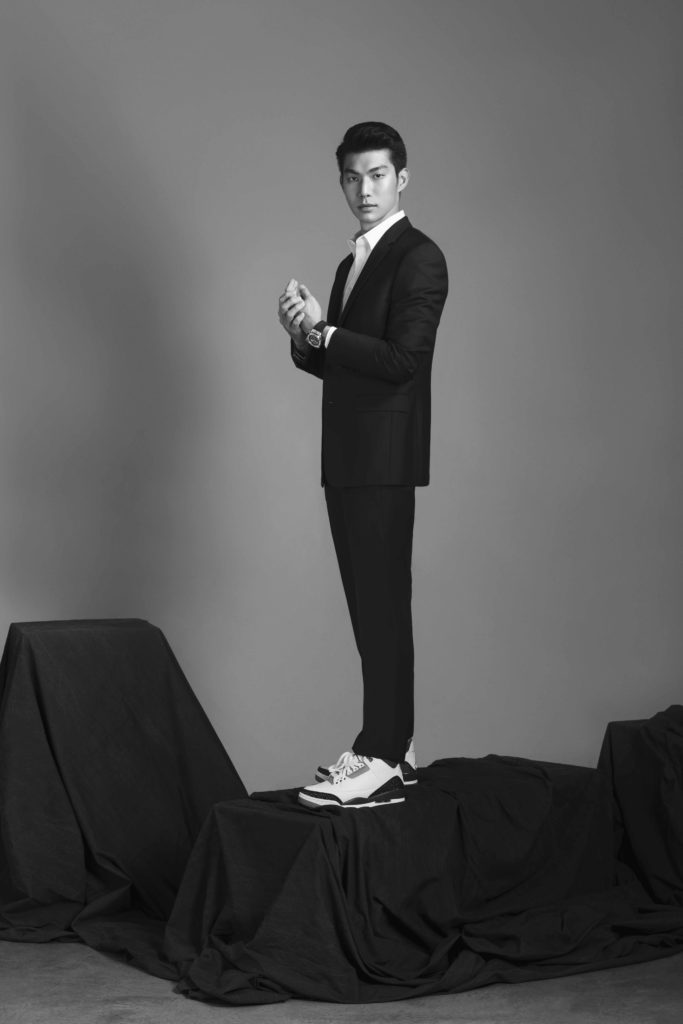 Biohacking can be as simple as wearing blue light-cancelling glasses while using electronic devices, in order to not disrupt the body’s natural sleep cycle. On the other hand, it can be as complex as some of the more advanced measures that Varit makes use of at Miskawaan. These biohacks, combined with the physical training he’s currently undergoing, are aimed at obtaining the most optimal health possible. “Give me five more months and I can fully say that my health at 30 will be better than it was when I was a very active athlete at 18 or 22,” he remarks, adding that one of his goals at the moment is to test his limits on the basketball court.

If his childhood dream of becoming a professional basketball player comes to fruition, this basketball buff is also keen to one day own a professional team. “I want to be able to play in the league before I own a team though. I don’t want to be that person who gets to play on a team because I own it!” he laughs. “Once I’m able to take ownership in a team, I have some good ideas on how to grow our sport industry. I want to bring the examples I observed from my years in the USA and apply them here so that Thailand’s basketball scene becomes better.” 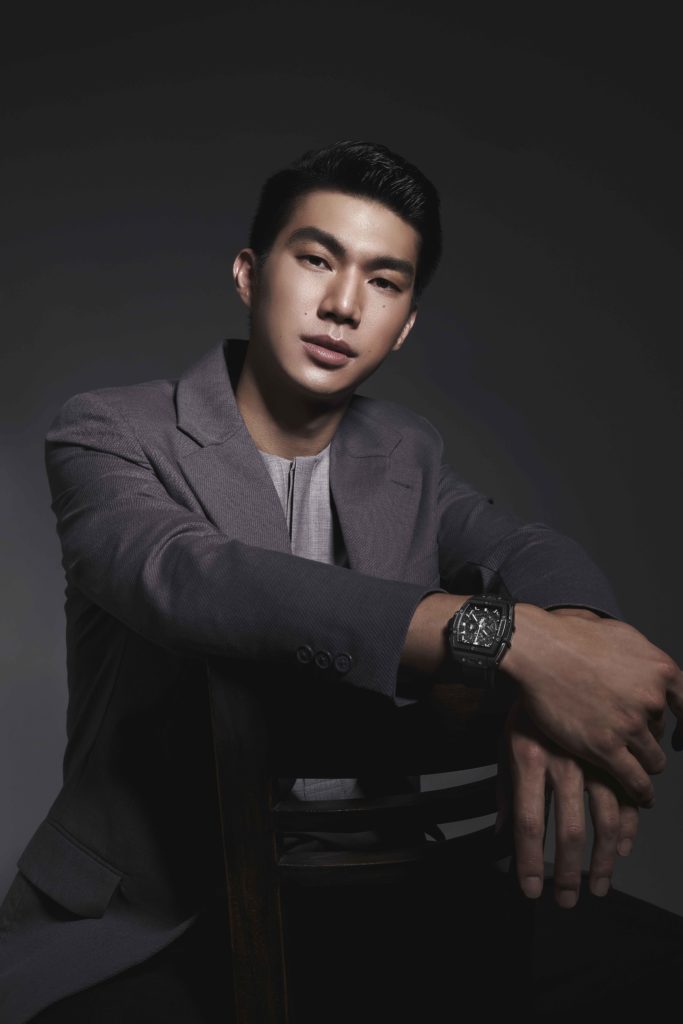 On top of his own biohacking journey which will see the transformation of a busy businessman into a professional athlete, Varit is taking on the role of a CEO of the group’s new venture – Miskawaan Biotechnology Ltd, a pharmaceutical production laboratory that will produce IV solutions to supply their own Miskawaan clinics along with other clinics and hospitals in Thailand.

Read the full interview of Varit “Top” Taifayongvichit in the October 2021 issue of Prestige Thailand.

#PrestigePeople: What Have Our Past Cover Personalities Been up to These Past Weeks?

Inside KLKTN: The Digital Collectible Where Asian Stars Enter the NFT Space