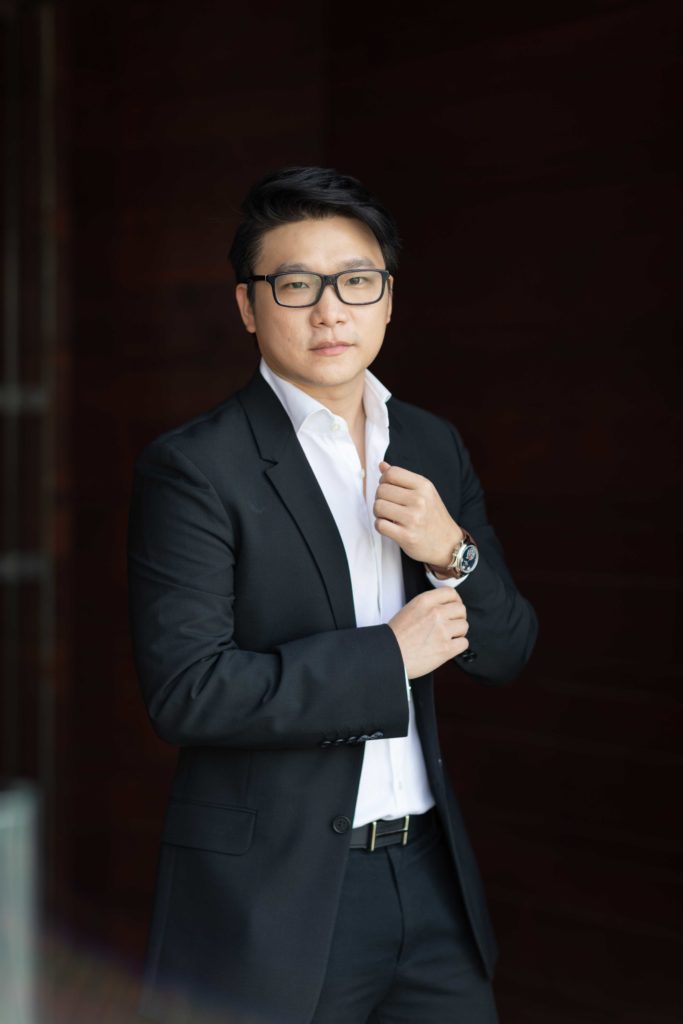 In conversation with Vittavat “Prince” Phonphaisan, Executive Vice President of Heritage Group, Bruce Scott learns how healthy snacks and progressive attitudes are key to the success of this international brand.

In September 2020, Vittavat “Prince” Phonphaisan was selected to be on Prestige Thailand’s 40 Under 40 list, an exclusive group of enterprising young individuals who represent the vanguard of the nation. He was one of the 12 men and women making up ‘The Trendsetters’ category; specifically for championing the move towards healthier snacking.

As the Executive Vice President of Heritage Group, Thailand’s leading premium producer, wholesaler, and exporter of healthy foods and beverages, Prince is committed to changing the mindset of consumers, switching them from junk food and dairy, to nuts, dried fruits, and plant-based milks.

“It’s always an honour to be recognised,” he says of the accolade when I meet with him for a chat at the Bangkok Marriott Hotel Sukhumvit. “I hope that we can contribute more to society. And for our consumers, to make something different, that people actually enjoy and that they see that has value.”

Driving Heritage Group’s expansion across the globe is not an altogether unexpected career path for Prince to find himself on, as the company was founded by his parents. “I learned the ropes from a very young age,” the now 39-year-old readily admits.

Born in Bangkok, Prince attended boarding school in England before returning to Thailand for high school. He then left for California, where he graduated at the age of 21 with a Bachelor’s and Master’s dual degree in Economics from the University of San Francisco. Soon after, in 2004, his first official duties for Heritage Group began with a posting in China.

“We were going to build a new brand new factory there, so the first project I was tasked with was to oversee the construction. Whether getting the authority, authorisations, or paperwork together, or making payments. Whatever needed to be done.”

Another major production facility was built in the US – a project Prince also oversaw – giving the company strategic positioning in two of the world’s biggest markets and growing their brand portfolio immeasurably. It also marked a significant turning point for a company that began as a much simpler operation.

“When my parents started Heritage Group we were growing cashews – organic cashews – with farms and orchards and lands in different parts of Thailand and also in other countries. Then we started to export cashews, and processing the nuts into finished snack products. After that we moved into more nuts, dried fruits, and then fruit juices. Now we have the alternative milks as well, which are all plant-based.”

This savvy diversification is one major factor contributing to the company’s incredible success, but another is forming mutually beneficial alliances with well-established global brands.

“We also have our own label, the Heritage brand, and others as well. There’s Nature’s Sensation, Nut Walker, Françoise… different brands for different products. And because we have so many products, we are able to ship them out all over the world. We export to over 60 countries now. We have thousands of SKUs,” he laughs.

All this growth leads, in turn, to a larger employee base, which can only be managed effectively by a skilled leader. Different offices and facilities in different countries mean different people and different management teams speaking different languages. Needless to say, it can all get very complicated.

“Under our group, we have around 2,000 people,” Prince remarks, noting that although he leads the team, the personnel he directly interacts with would only be about five percent of that total. “Because I’m in the strategy development department, and I also oversee operations of the different companies, I work with different management teams, directors, and other vice presidents in different places. And without all these guys I wouldn’t be able to do anything.”

He then pauses momentarily to reflect on the true meaning of the word leader.

“I think it’s a title that other people actually have to give to you. You can’t call yourself a leader if no one accepts it, right? But if they accept you as a leader, and if everyone looks up to you for answers, then you’re the leader. So there’s leadership in all of us. But how do you project it? How do you actually help other people? That’s real leadership.”

Leading by example is also something to consider, which is why steering consumers in a new direction, towards better snack food choices, is definitely part of Heritage Group’s overall ethos. Prince describes these alternative choices as “better-for-you products”, and he’s particularly keen to promote plant-based milks, which not only offer proteins and calcium equal to what’s normally found in dairy, but also address the needs of people who are lactose intolerant.

“Our pistachio milk and almond milk are both very popular right now. We don’t mind which one sells better than the other, because both of them are very good and very healthy,” he smiles.

“The way we live now will dictate what the future will become,” he goes on to say, “and if there’s more options available people can make better choices. And I think those are things that we should endorse, and we should assist with.”

This ethical outlook is also the driving force behind the Heritage Thailand Foundation, which Prince founded in 2015. The foundation’s charitable initiatives directly help those less fortunate, with an emphasis on education that includes the building and maintenance of schools. As for the volunteers, friends and family as well as employees are all invited to take part.

“I started Heritage Thailand Foundation because I felt we’d been donating a lot of things under other foundations, under different charity arms, with different teams and different volunteers, so it was not always easy to get our donations directly into the actual hands of the people we wanted to have them. But this way we don’t have to wait. It’s enabled us to do much more, with a very quick turnaround time, rather than waiting for other people.”

Doing things both faster and better is key to what’s helping Prince lead Heritage Group into the 21st century, and to newfound heights that his parents probably never imagined when they launched their business almost 40 years ago.

“Taking over the family company is not always about going in a different direction,” he muses, “but it’s you just taking the baton and, you know, going further. You get on with the journey. I always say that life is a marathon.”

Sign up to get the latest luxury and lifestyle news delivered to your inbox.
Prestige Online Thailand
people