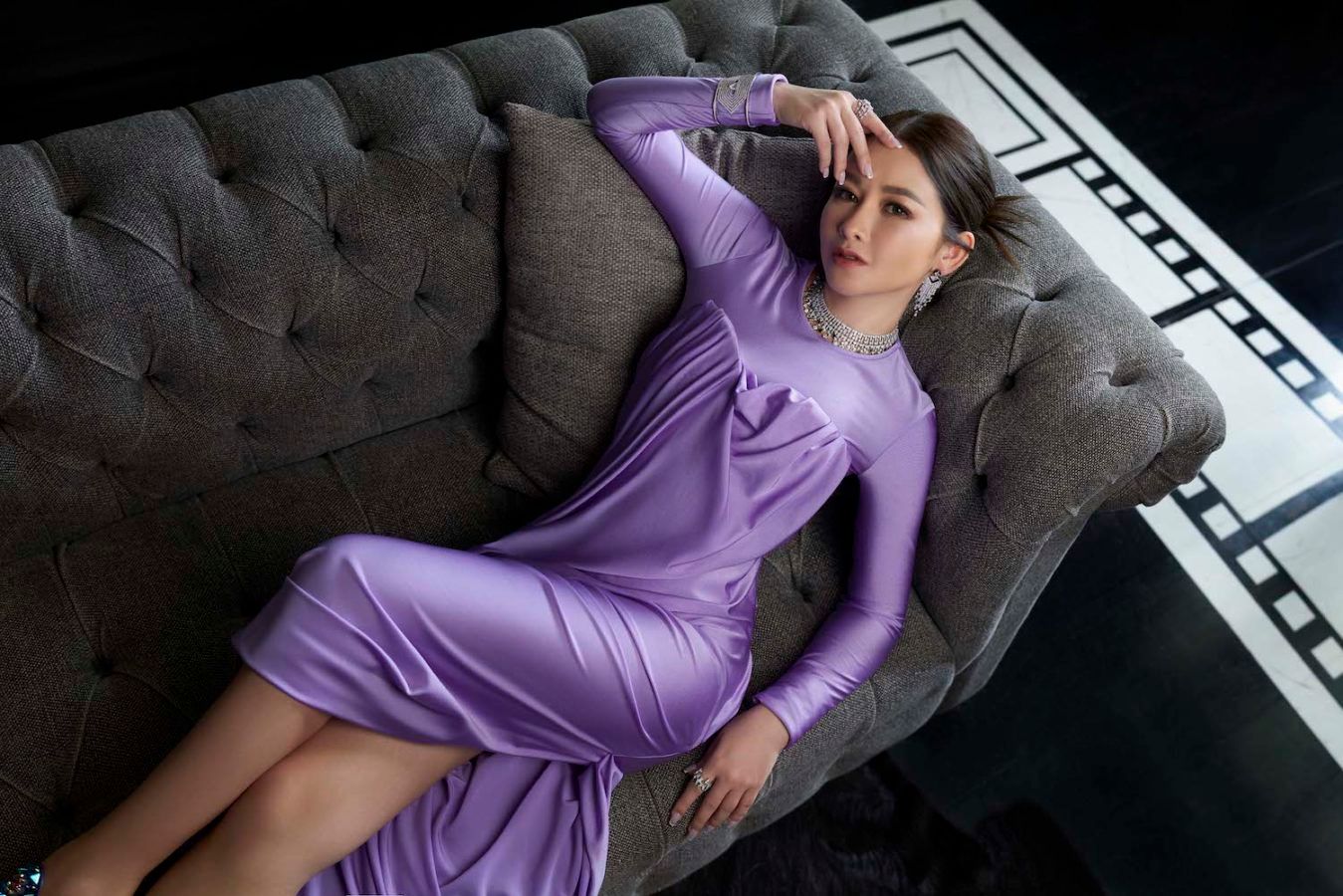 Having started from working minimum wage jobs, today, Wasana “May” Intasang is among one of the biggest players in Thailand’s dietary supplement and beauty industry.

Today, the hardworking suburban-girl-turned CEO sits at the helm of Revomed Thailand Co Ltd — a dietary supplement and beauty cosmetics manufacturer — reminding us that you can achieve the impossible through hard work, dedication, and believing in yourself. We sat down with the chatty and charming CEO to hear her story — here’s what we learned. 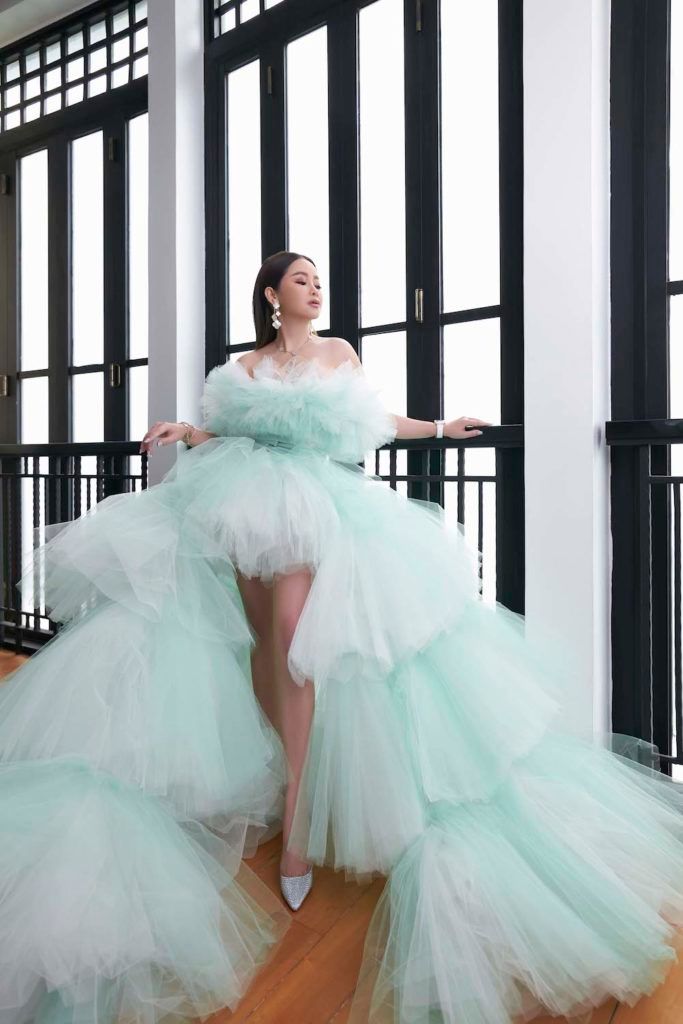 Her licence plate is RUAY 8888

The Department of Land Transport, for the first time ever, was offering special car licence plates with Thai letters that spelled out auspicious words such as suay (beautiful), ruay (rich) and heng (lucky), among many others. Wasana “May” Intasang excitedly attended this bidding auction and is now the proud owner of a new license plate that has “RUAY” (in Thai characters) followed by 8888, which translates directly as RICH 8888. She later found herself the subject of many a headline, for having secured this plate for a whopping 11 million baht!

She’s a farmer’s daughter, and proudly so

May’s unprecedented ascent to the top of the dietary supplement food chain is nothing short of miraculous, when one considers her disadvantage at the outset. Born and raised in the hardscrabble rural province of Roi Et, May has always been upfront and candid about her humble beginnings as a farmer’s daughter. “I was the youngest of five children, and had always been surrounded by rice, farms, and buffaloes,” she recalls. “No one in my family studied any higher than Mathayom 3, because that was all my parents could afford. After Mathayom 3, my elder brothers and sisters would all head into Bangkok to find work and send money home.”

She always believed in the importance of education

After finishing her studies in Mathayom 3, this country girl made a beeline for the big city, but remained clear-sighted as to the importance of education (which she knew was key to alleviating her parents’ farming debts). “All I knew was that I needed to get an education if I wanted to have a better life,” Wasana Intasang explains.

May held down a wide-ranging string of jobs while attending to her vocational studies and Bachelor’s degree in Marketing at Suan Dusit Rajabhat University. The jobs ranged from washing dishes, to waitressing or working as a sales vendor for anything from clothes to window sills. Regardless of the job, she always put her all into everything she did. She fondly recounts receiving a 2000 baht tip for insisting to wipe a dish before she served it, as she saw fingerprints.

“It was the biggest tip I had ever received and it made me realise that my hard work and efforts did pay off. I just want to say that even though washing dishes is not going to make you rich, at least it will help you survive another day. And you just have to keep working at it until the right opportunity comes along.” 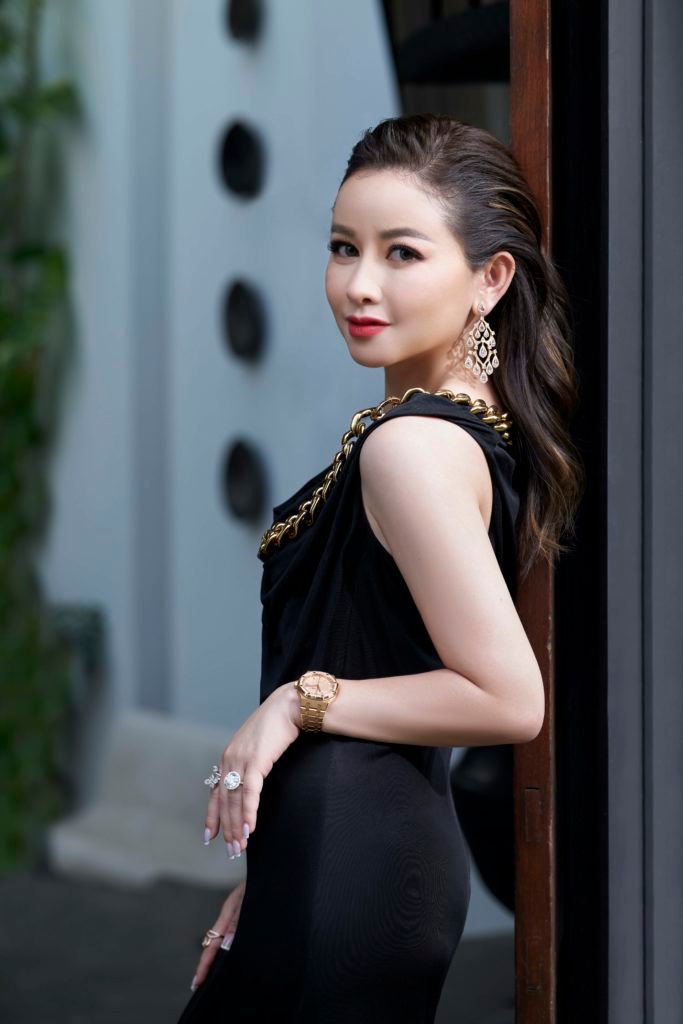 Representing the Isaan region, May is tremendously proud of her feats at this company, where she rose up the ranks to become the company’s top performer, despite not having graduated with a pharmaceutical degree, like her colleagues.

“I was the only person who graduated from marketing in my department, and so I had much to learn. I used to record what the pharmacists at work taught me, and I’d listen to those recordings all the way while driving from Bangkok to Korat. I had to go beyond the minimum required because I knew so much less. So, while my colleagues worked until 8pm, I’d be up until 2am still reading, learning, and working. What I am very proud of is the fact that doctors have told me I can explain scientific research papers as well as pharmacists who have studied the field directly.”

Her hard work earned her a lot of industry recognition

Four years later, May became Sales Director at Medicalmap International, as well as an advisor to many different factories that produced beauty products. She also pursued a Master’s degrees in Business Administration at Thammasat University, as well as Anti-Aging and Regenerative Medicine at Dhurakij Pundit University.

It wasn’t long before this health and beauty expert was the favourite of numerous doctors, hospital owners and healthcare businessmen. This notoriety, coupled with her wealth of contacts to international suppliers, helped May in her decision to apply for a loan, in order to start her own enterprise. And in 2016, Revomed Thailand was born. 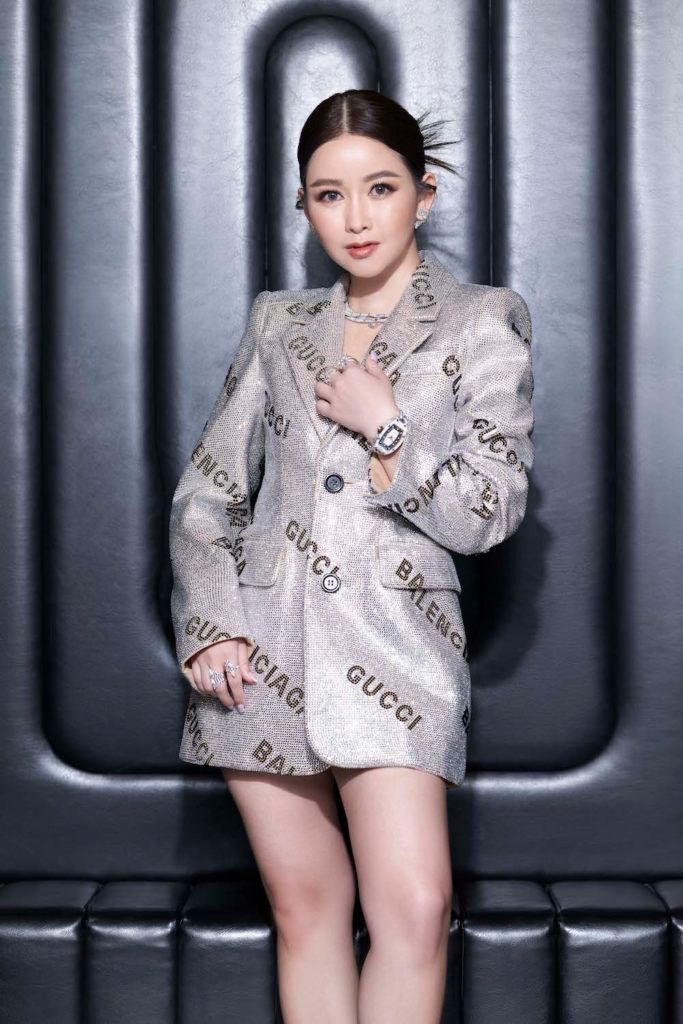 She took a big risk, and it paid off

“At that time, my mindset was that there isn’t anything more arduous than growing up as a farmer’s daughter,” she remarks, explaining her decision to subject herself to a 19 million Baht debt in order to invest in her first factory. “I thought, I couldn’t possibly be any poorer than I was at that moment. I was game to either win big… or lose!”

Thankfully, the company’s earnings have grown 100 percent every year since its founding, and last year raked in a record 800 million Baht. May’s creation – the name is a portmanteau of the words ‘revolution’ and ‘medicine’ – not only imports the most cutting-edge products from abroad, it also provides an all-in-one service for those looking to create their own brand of dietary supplements or beauty products from scratch. With professionals that can help clients from conceptualisation, to brand building and distribution, Revomed Thailand has customers in Thailand, Cambodia, Laos, as well as China and South Korea. 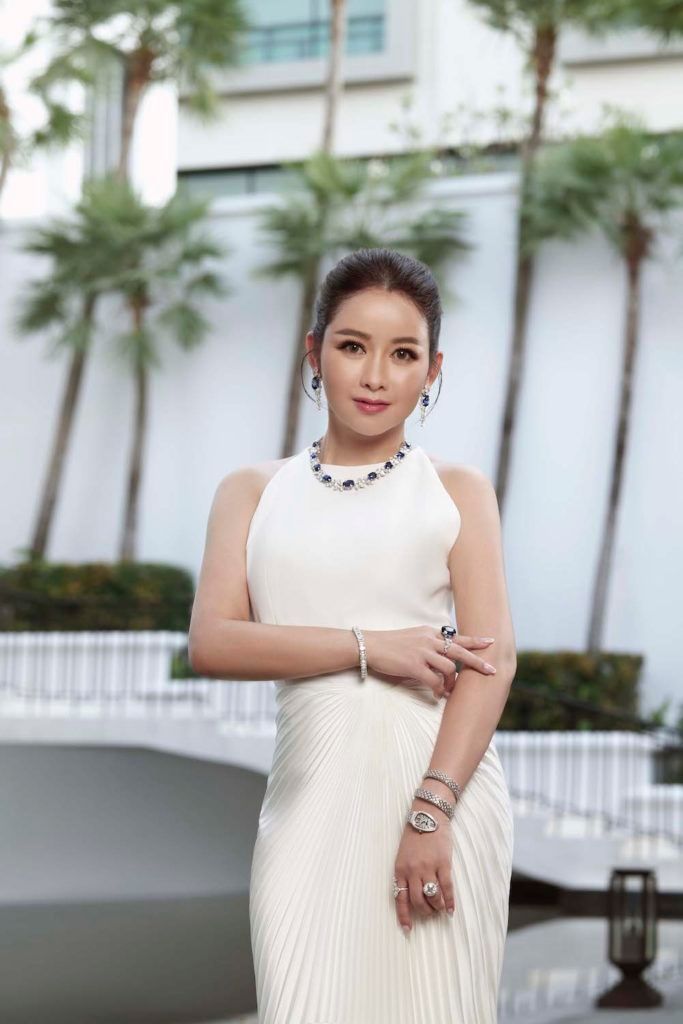 ll of Revomed’s products are certified by GMP, ISO, HACCP, Halal and Thai FDA, and among the 2,000 brands the company has brought to life are such bestsellers as Amado (weight-loss dietary supplements), Rose Gold (skin collagen), Le Oxi (facial serum), and Madam Da (a leading beauty brand sold in Cambodia). One of the company’s pillars is to offer the most revolutionary innovations in the industry, and May points out how her company has long imported the highly lauded natural anti-oxidant Pycnogenol from France (despite this pine bark extract’s costly price tag of 350,000 Baht per kg).

She has big dreams, for both the industry and herself

Last November, May invested 400 million Baht into building her third and largest factory in Nonthaburi, fully equipped with a gigantic smart warehouse that ensures all her customers’ stock remains in tip-top shape.

“I’d like the world to see that a Thai manufacturer can be a leader too, and be accepted internationally,” May says, sharing her dreams for the company. “I want people to think of Revomed when they want to build their own brand. I’d like to go public with an IPO too, within three years. It’s not really about the money, but about making Revomed sustainable and stable so that it continues to be something my staff can depend on when I am no longer here one day. I also think it would be such a great inspiration to others that a country girl, who had no connections or credit whatsoever, managed to build a company that is now among the top three biggest players in the country. It would be a triumph if that company got SET-listed too.” 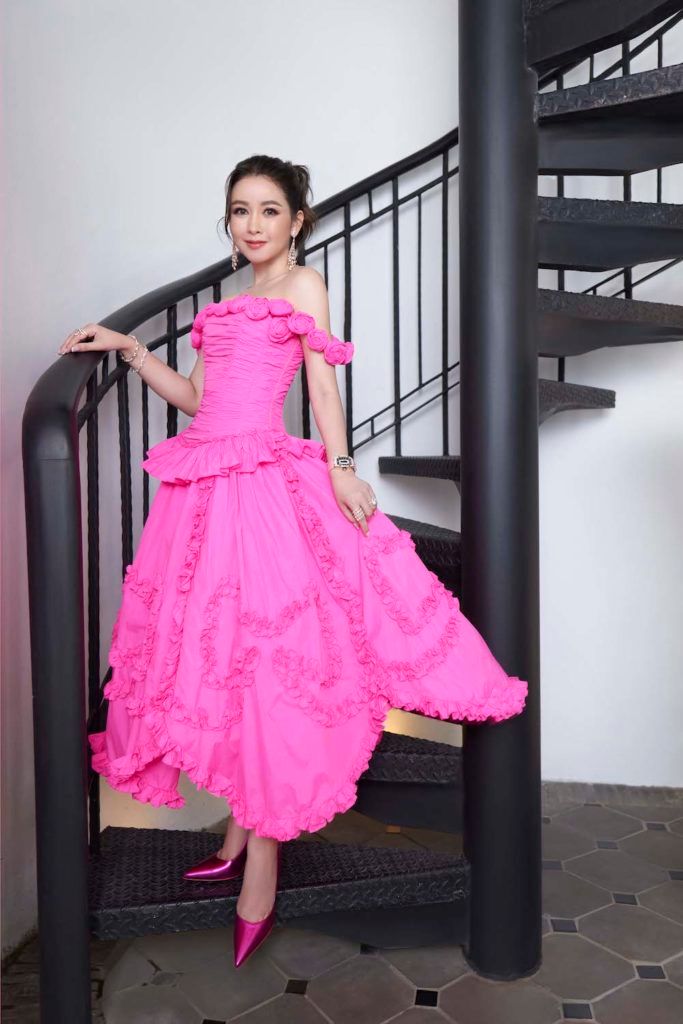 After a lifetime of hard work, she’s now living her best life

Currently living in a white palazzo-style home with her university professor husband Siripong Seesaiprai and their two children, daughter Jayda (10) and son Latte (5), May’s interests outside of work mostly revolve around exercise and retail therapy. Her education, meanwhile, still continues, as she’s now studying for a PhD in Public and Private Administration at Suan Sunandha Rajabhat University. “It’s wonderful,” May tells us with a smile. “It’s so satisfying to be able to have everything you’ve dreamt of. I don’t know if it could possibly get any better than this.”

May diligently takes a handful of vitamins every day, and exercises in the morning in order to maintain optimal health. “The only thing I regret is learning it all too late,” she shares. “If I had studied anti-aging earlier, I think I would have known how to care for my mother better so she wouldn’t have to now go through liver dialysis. I never used to exercise, but nowadays, no matter how busy I am, I force myself to get up at 7am to work out. Anti-aging taught me that you can have good health until you literally die off, if you do the right things – avoid bad food, eat enough protein, and get rid of waste; all of which also helps to maintain good skin. I also wish I had started applying sunscreen 20 years earlier.” 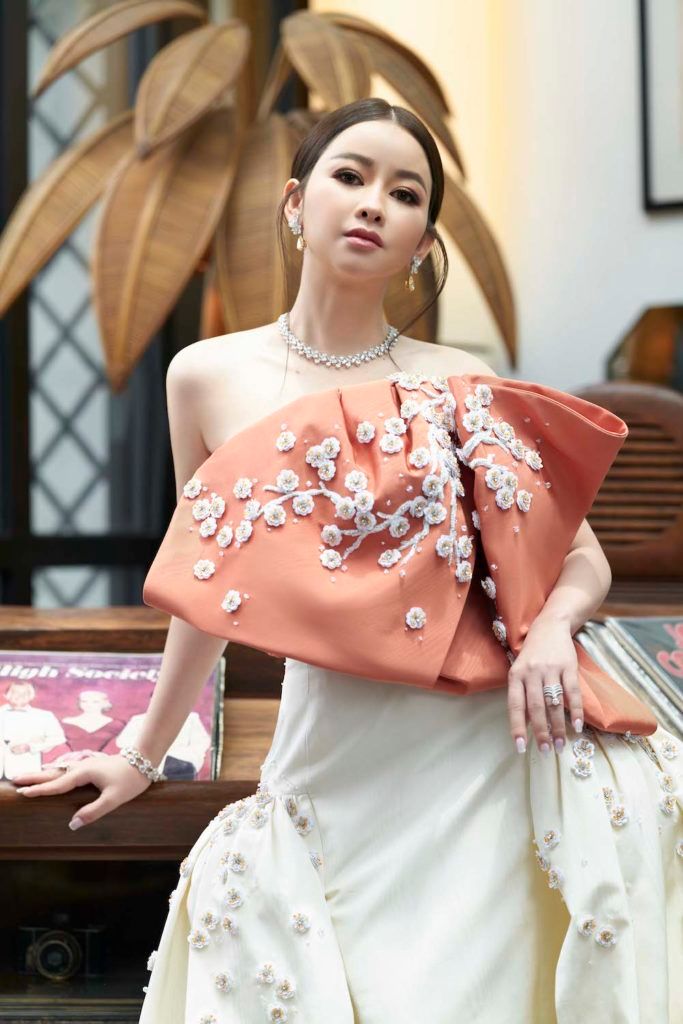 She’s also big on treating herself

When it comes to material rewards, May pampers herself thoroughly. Famously christened as ‘Maharani May’ by bag hunters and auction houses, due to her bold spending, one of her joys is to shop for Hermès handbags. Looking out for designer clothing, luxury timepieces, and high jewellery are also well-earned indulgences, and May has recently become a fan of Sirivannavari Bangkok. In fact, she has been making purchases from the Princess’ brand more frequently, as she believes the line is attractively priced.

“I’ve worked so hard for all the things that I’ve built, and I deserve these joys in life I have now,” she tells us simply, and really, we could not agree more.

She doesn’t believe in spoiling her children

Wasana May Intasang jokingly admits that friends have chided her for not saving more money for her children, but May is adamant about instilling into them a proper work ethic instead. “If my kids want anything, they have to earn it by helping to fold boxes at the factory. I’d rather equip them with the right values, mindset, and education, because I think they will have a journey of their own, as I did. If they’re smart and enterprising, I could give them 1 million and they’d be able to grow that – as opposed to giving them a billion and just see them squander it. 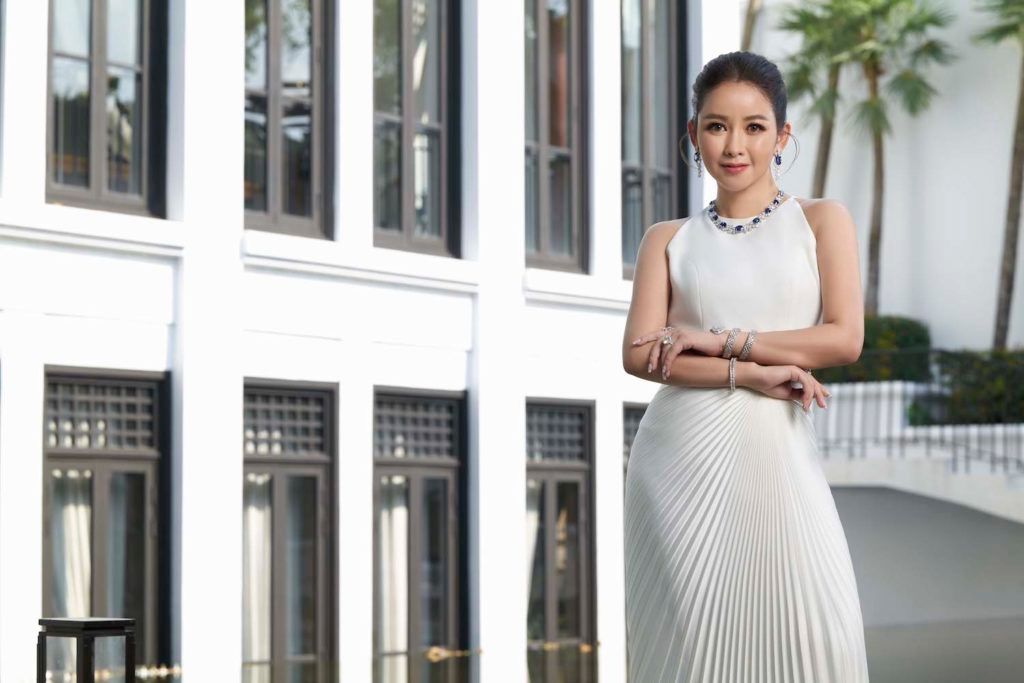 She never forgets her roots

Even though she’s currently in a position to splash her cash, one thing this caring CEO holds close to heart is the promise to help out where she can.

“I teach my kids to always tip service workers,” she states. “I used to be a waitress too, so I understand what these people go through. It’s a joy of life if you have the means to share with others. And never forget where you came from. Making merit by taking care of your parents is also one of the most rewarding things in life. The well wishes I received from my mother whenever I gave her money, back when I was a working teen, were incredible! She made me feel like the few thousand I’d handed to her was more like 300,000 Baht.”

Find out more about Wasana “May” Intasang in our May issue of Prestige, now on stands nationwide.