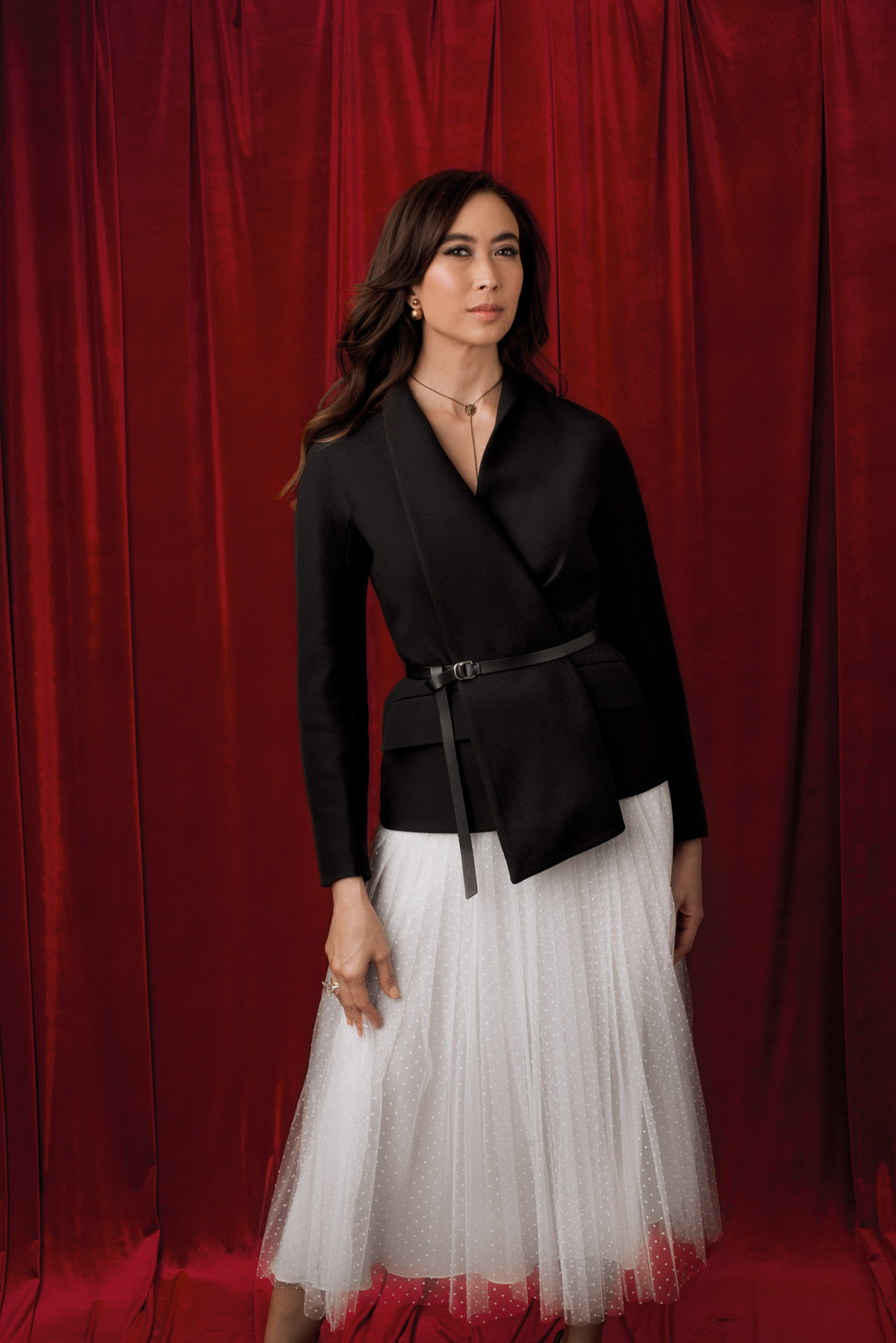 Widi Wardhana says Indonesian girls still face complex cultural, physical and financial obstacles. “We must encourage them to aim for higher education to pursue their dreams,” declares the Director of Teladan Group.

For Widi Wardhana, access to education is the most important issue for girls and women in Indonesia. Lack of opportunity is the main reason why there is a wide gap between women and men in terms of incomes, says the Director of Teladan Resources, an investment holding company with a diversi ed investment portfolio ranging from Agro Resources, Energy, Strategic Properties, Industries to Media.

“The gap is big because the proportion of highly educated men is higher than that of women,” notes Widi, who has been managing the family business since 2004 together with her husband, Wishnu Wardhana, and is the mother of Katyana (21) and Katrina (16).

“Higher education translates to higher pay,” Widi points out. “The number of men employed in the formal sector is higher than women. Only 50.9 percent of women participate in the labour force, compared to 83.9 percent of men.

“We must encourage girls to aim for higher education to pursue their dreams. Then they will be less likely to get married early. They can work in the formal sector and be a part of the productive labour force.

“In the last two decades, Indonesia has achieved impressive progress in widening access to education. But girls, especially those living in the peripheral regions, still face complex cultural, physical, and financial obstacles – from their families’ inability to pay school fees to forced marriages and poor infrastructure.”

Also visit: Linda Hoemar Abidin says to do everything in moderation.

Widi points out that women are strong and resilient. “The best thing about being a woman is that we have the immense ability to multi-task and juggle multiple responsibilities at the same time,” she says. “From a mother to a wife to a businesswoman, from a daughter to an older sister and a best friend, we take on a number of different roles on a daily basis. Our versatility enables us to thrive in highly complex and demanding situations.

“The best decision I ever made was returning to work after eight years of absence. However, it was certainly not a decision I made lightly. I truly wanted to define myself as a mother who leads by example and to teach my children the values of perseverance, independence and hard work.

“Among the many words of wisdom that my mother shared with me was the virtue of patience. With patience, we are able to better navigate the obstacles that we face in our lives.”

So how can women move forward in Indonesian society? “Among the many initiatives we need are initiatives that focus on women’s empowerment,” Widi asserts. “This can be achieved in numerous ways, including facilitating better access to credit and skills-based training to enable women to start their own businesses, create better livelihoods for their families and put their daughters in school.”

On the lack of female leadership in government, Widi says this happens not only because of tradition. “It’s also the limited endorsement by the members of the political parties themselves. An increase in exposure to female leadership is a necessary step to transforming the public’s attitudes and willingness to vote for women leaders.

“I believe that businesses also have a significant role to play in improving the issue of gender imbalance in the professional realm. The proportion of staff in my corporate holding o ce consists of more than 40 percent women. Ideally, it will reach 50 percent.”

Widi wants her daughters to be independent women who have the power to de ne their own lives and to consistently strive for the best. “I want them to pursue higher education, to follow their dreams and to love what they do,” she says.

“The biggest challenge for my daughters’ generation is re-evaluating the collective and the individual definitions of what it means to be an Indonesian woman. In a country where the economic and political structure remains dominated by men, changing the perceptions of men and society in general continues to be an uphill battle.

“The future generations of women must equip themselves for an increasingly competitive world and to unlock their fullest potential. We must start with the girls, by encouraging them to set their standards high, to reach for their dreams, to speak up and to create lives they’re proud of, full of meaning and purpose. May women remain the resilient, complex yet beautiful beings that we are. Let us remember that we are the precious assets and investments that hold the ability to transcend the world for our future generation.”