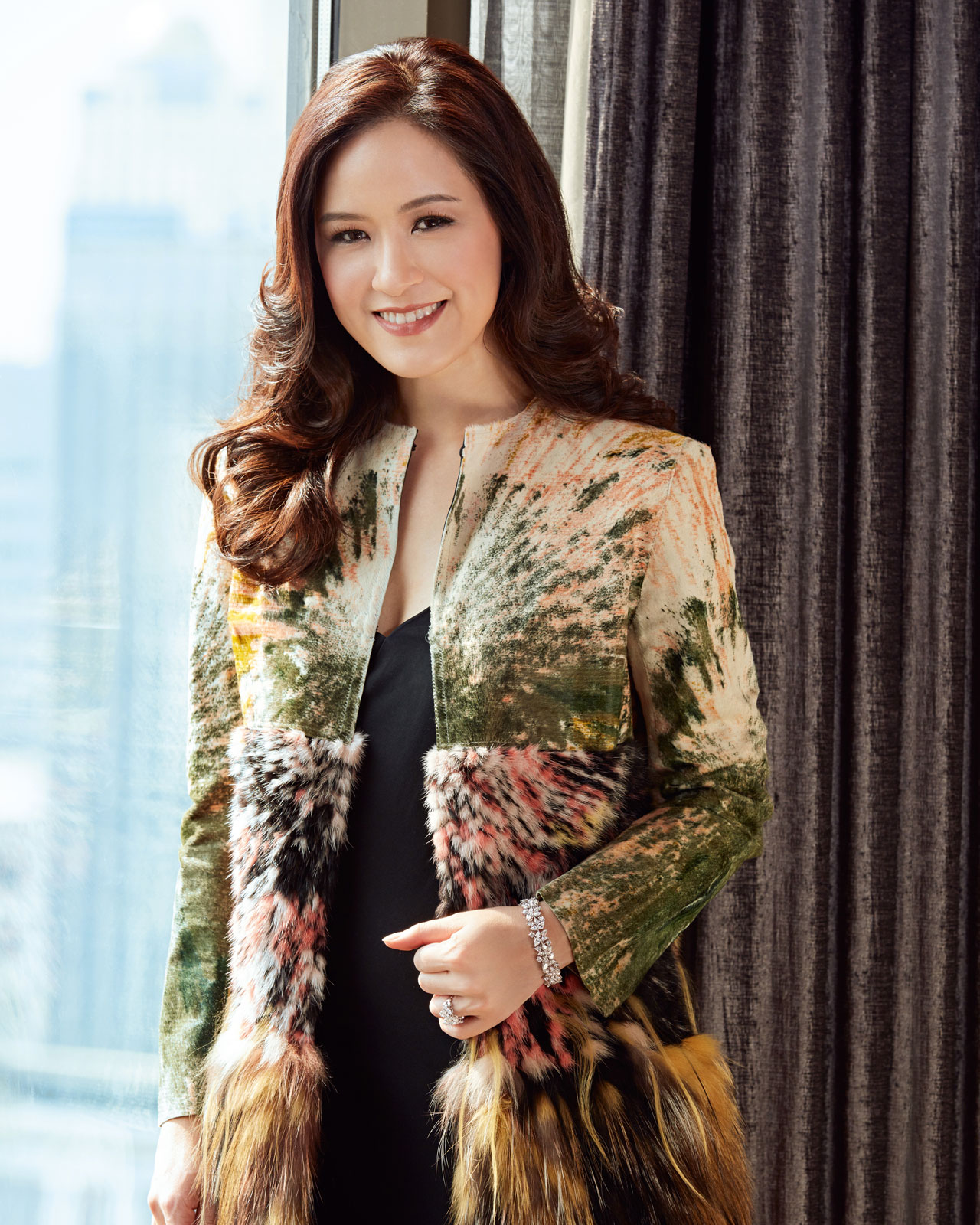 Alisa “Ja” Phanthusak Kunpalin is the second of three daughters of Sutham Phanthusak, who founded Tiffany’s Show Pattaya and the Woodlands Hotel & Resort. Ja studied Political Science at Chulalongkorn University, and Finance at George Washington University. Besides looking after her family businesses, and opening a new restaurant in Pattaya called Thai Marche, she has cut her own path as a member of the Constitution Drafting Committee. Last year, she married the owner of Chaopraya Cruise Group, Puwanart Kunpalin, and last year they welcomed their son, Paul.