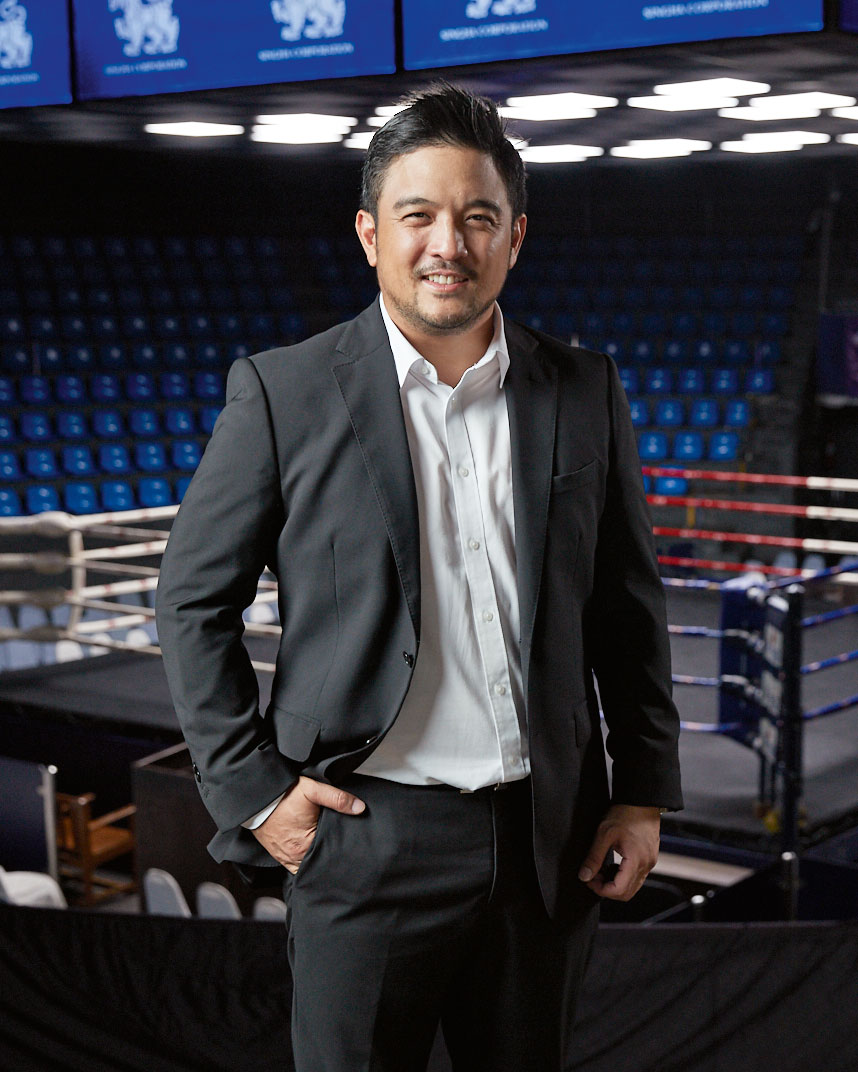 Jit is the youngest son of Chalermpong and Ashara Cheosakul and the third-generation heir to Rajadamnern Stadium. As assistant managing director, he has taken an active role in promoting Thai boxing to new generations of fans. By founding RSM Muay Thai Academy, he has also helped groom promising and professional boxers. The academy, which runs camps in several locations across Thailand, has played a major role in changing the perception of Muay Thai to that of a cultural treasure and valuable fitness discipline.