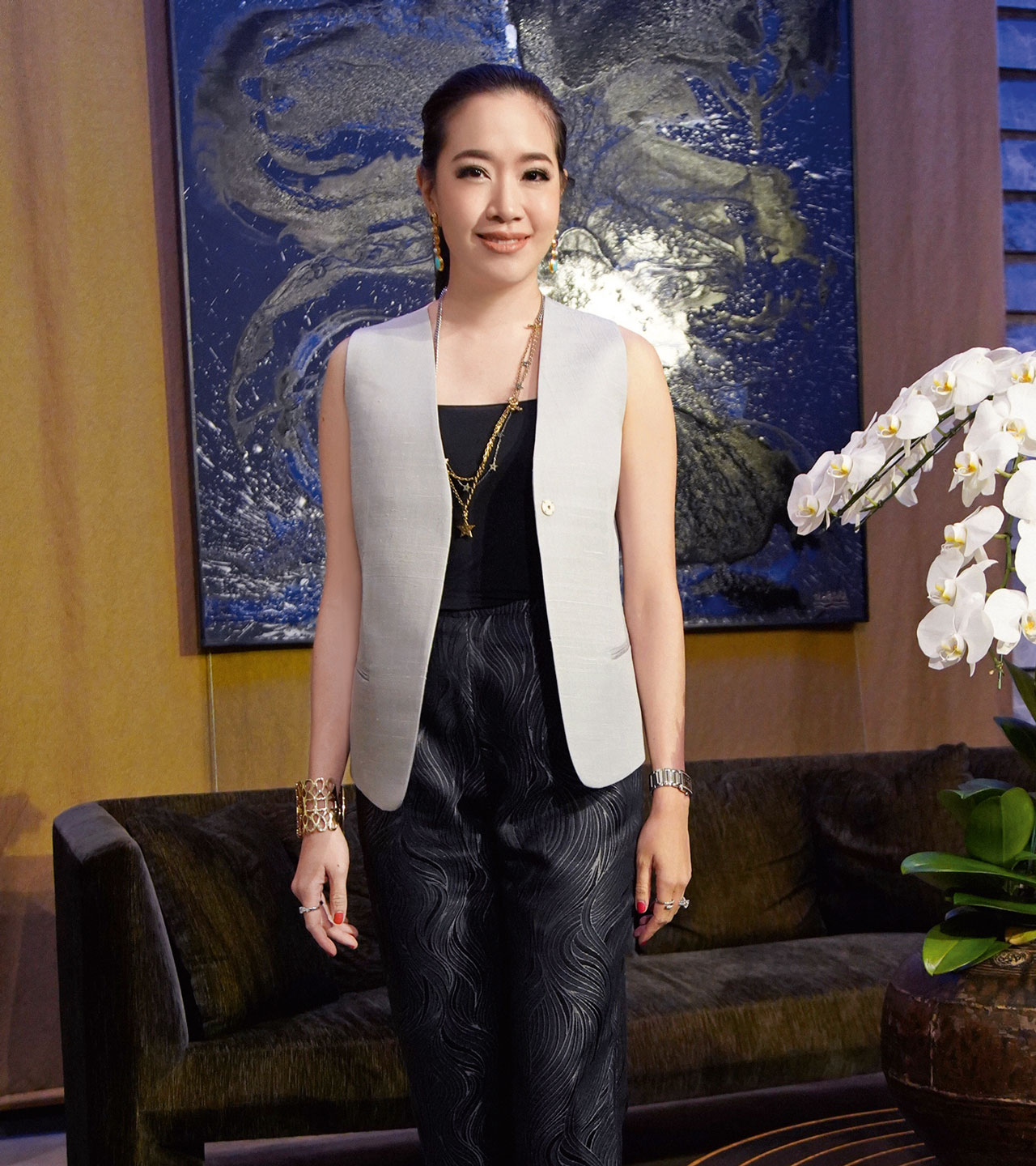 Leila is the second daughter of Wittawat and Wanna Soontornvinate. A former radio host, she became an executive at her father’s TV production company, Twenty Twenty Entertainment. Leila graduated from the University of New South Wales in Sydney with a Master’s in Commerce. In 2015, she married Chakrit Hansirisawasdi, an investment banking director at the Bank of Ayudhya. The couple are also the parents of a young son named Chakrin.