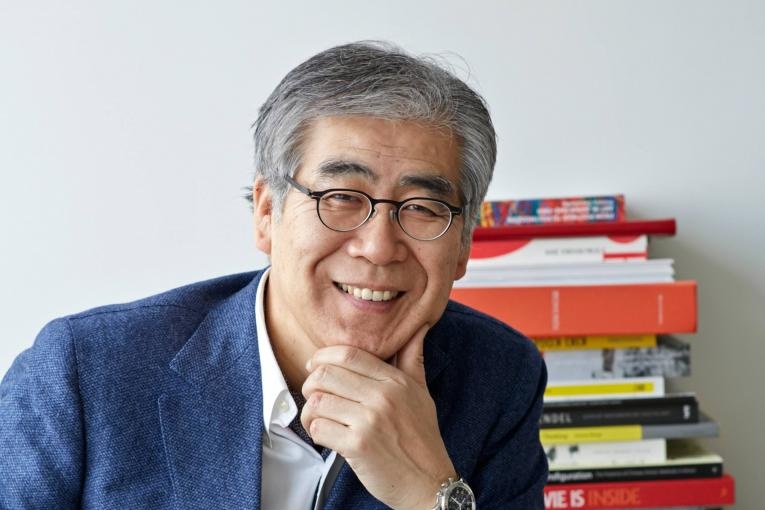 Art in Action with Fumio Nanjo 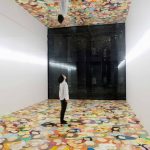 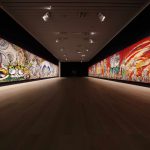 Pursuits
Art in Action with Fumio Nanjo
Share
Next article

Fumio Nanjo has led the Mori Art Museum in Tokyo as its director since 2006, three years after it launched in the glamorous and then-brand-new neighbourhood of Roppongi Hills.

A force in the contemporary-art world, this spring he was curatorial director of the inaugural Honolulu Biennial. Nanjo’s CV also includes roles at both Venice and Taipei biennales in the late 1990s and membership of the Turner Prize jury committee in 1998, and he curated the 3rd Asia-Pacific Triennial of Contemporary Art in 1999, in Brisbane, Australia. Since being at the Mori – which shows exhibitions rather than amassing permanent collections – Nanjo’s mission has been to present one third of work from Japan, one third from Asia, and the remainder from other areas of the world, sometimes as solo shows, sometimes as a group and other times as thematic exhibitions.

Earlier this year, Nanjo took the museum’s reach beyond its walls when he oversaw the Mori’s installation of a selection of works in the most talked about new high-end mall in Tokyo: Ginza Six. These included 14 striking red-and-white Kusama pumpkins hung from the main atrium ceiling.

How do you create and maintain public interest in a world-class gallery in the 21st century?

There are several levels of how to engage with the public. Of course the programme is the most important thing. We are trying to have wider, more eclectic types of exhibitions.

We recently took one of our exhibitions, called The Universe and Art, to the Singapore ArtScience Museum. It was a typical thematic exhibition and included old art works from Japan and Asia, and some from the Renaissance period in Europe. It also showed different types of objects: scientific research equipment, such as a telescope used by Galileo, even books by Newton and Darwin – these were very precious first editions from the 16th century. In it we also showed big installations by [British artist] ConradShawcross and [German] Björn Dahlem … but we’re trying not to be bound by the limits of just contemporary art.

We’re trying to get a more contemporary view of our culture. This way we can attract an audience of traditional art, or fans of science and history.

And we’re trying to do something sexy as well. For example, for an exhibition on love, we included images of a virtual-reality character called Hatsune Miku – a girl with blue-green hair, who is supposed to be 17 years old, and she was singing. We showed this on 100 iPad monitors and some images of her floated in the air, by using 3-D projections, like a hologram. It’s for a completely different market from that of the contemporary art fan, but we included it because it’s up to date – it’s a kind of a zeitgeist. We always think about popular culture.

Also, we try to allow photo shooting in the galleries; Moma and the Pompidou Centre do this in their collection rooms, but because we always have works borrowed from different owners, it can be quite difficult [to get permission for photography from all] – we can do it for more simple exhibitions. It’s a great way to reach a new market – we’re trying to appeal to the urban lifestyle, and social media.

So you don’t worry that art will be used simply as a backdrop for selfies or shown out of context – the kind of concerns mentioned by some in the art world?

I wonder whatthose concerned with copyright are worried about. If people take these photos, what do we lose? It’s more about theoretical things, I feel. Art should be placed in the public domain some years after the death of the creator, I think. It cannot be owned by the third generation of the creator, still wanting money – like the great-grandchildren of Chagall and Picasso and others who are still trying to get money from the art establishment. We’re very much for sharing at Mori.

What sets the Mori Museum apart from other international art institutions?

One of the differences is that we’re in Asia and we’re trying to represent Asian contemporary art. It’s one of the reliable windows to go into this. So in our thematic exhibitions too, we show a lot of Asian artefacts – in the universe exhibition  we had mandalas and Japanese ancient astrological drawings. Our Takashi Murakami exhibition included some important scrolls from the Edo period [1603-1867] – references he would have seen when he was studying.

What unique exhibitions have you managed to get for the Mori Museum?

In 2004 we did the Yayoi Kusama one. It was not just her work – we asked her to design the whole space: there were mirrors on the ceiling, there were red dots all over the walls. And then we opened another wall to show the Tokyo view, which was seen combined with her works, this [specially decorated] interior and seven-metre-long, red-and-white dot balloons.

In the case of Takashi Murakami, he had his 500 Arhats paintings, which were over 100 metres long. It came to us because the artist and owner said we were the only gallery space [in which] they would consider exhibiting this work because of our [physical size] and the credibility we have.

Besides the big internationally known artists such as Murakami and Kusama, are there any others from Japan that you expect to be getting more global interest in the near future?

This is not my opinion, but when I was in Beijing recently, they were all talking about the high-tech artists [collective] Teamlab. I’ve heard that they’re going to do a few big shows in China.

We’ve mentioned digital art in Japan. Besides this is there any other growing fine art form in the country at the moment?

Yes, it’s interesting – technology in art is very strong, but another type of art that is also going on a lot is art using more “crafty” techniques. Not always traditional materials, but with a craft interest. For example, the artist representing Japan this year at the Venice Biennale, Iwasaki Takahiro, peeled the thread from a towel and then put glue on it and constructed a small electric tower [sculpture]. This I can say is very Japanese because it’s very detailed, small, precise. And we’re seeing some other artists producing very time-consuming detailed work.