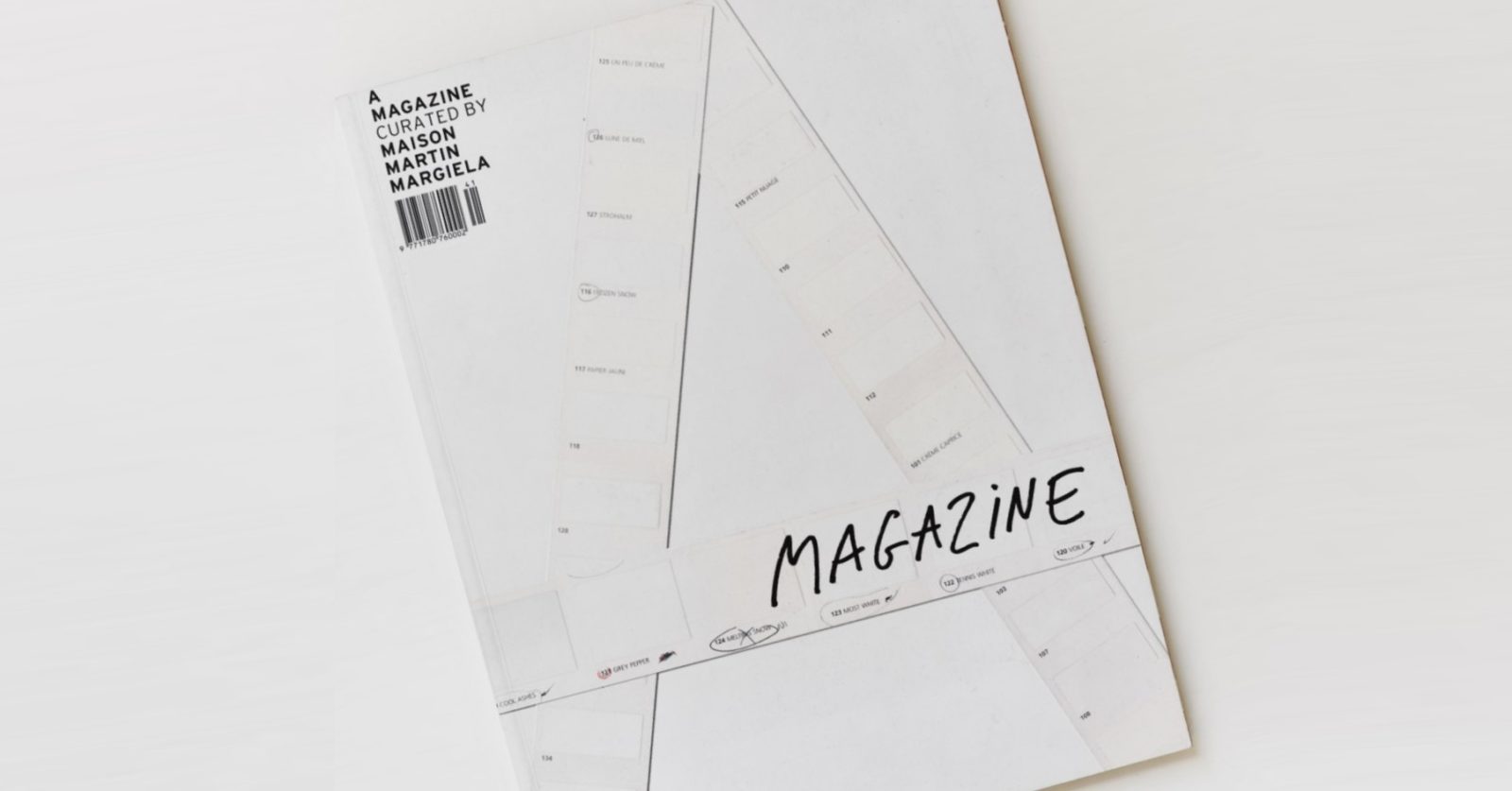 As far as fashion publications go, few are as deeply revered and highly sought after as the first issue of A Magazine Curated By.

This was the issue that Maison Martin Margiela — that is, the Belgian designer and the team behind his radical fashion brand — had full creative reign over.

Published in 2004, the magazine was chock-full of Margiela-isms, showcasing his deconstructed garments (Tabi shoes included) that tore down all the rules of fashion; the pages were also filled with the works of his creative collaborators, such as photographers Marina Faust and Mark Borthwick. And this is the magazine that gave the world the most notorious sewing tutorial ever: Margiela’s how-to guide to creating a sweater out of socks.

The magazine began as a humble creative project, but over the years it has become something of a fashion Bible, thanks to the pervasive influence that Margiela has had on contemporary design. Many of his iconoclastic approaches to fashion, including upcycling and staging unconventional presentations, are now more relevant than ever. You see them echoed in the works of Demna Gvasalia, Raf Simons and Kanye West, to name a few of his devotees.

For creatives, that first issue of A Magazine Curated By is an endless source of inspiration. For collectors, it’s an essential piece of fashion history. But because of its limited run, anyone looking to get their hands on it would have to pay exorbitant prices; on Amazon, for example, it was sold for as much as a thousand dollars.

That it, until today. Almost two decades since its publication, the magazine is now being reissued. The 2021 edition is an exact replica of the coveted first issue, down to the paper stock and the magazine cover treatments.

The only difference is that the new issue now comes with an archival print from any one of the photographers who worked with Margiela: Mark Borthwick, Anders Edström, Marina Faust, Jonathan Hallam, Paul Helbers and Ola Rindal, or Inge Grognard and Ronald Stoops. For fashion enthusiasts, that change is more than welcome.

As part of the magazine’s release, a donation has also been made to the non-profit organisations Sea Watch and RIACE France, in support of migrants and refugees in the Mediterranean Sea.

The limited-edition reissue will be available in stores around the world from 1 March, but we recommend that you place a pre-order through Basheer Graphic Books or KD Presse as soon as you can. (The latter also offers other A Magazine Curated By issues, with contributors like Simone Rocha, Alessandro Michele and Kim Jones.)

After all, who would want to pass up on the opportunity of owning such an iconic piece of work?

(Main and featured image: A Magazine Curated By)