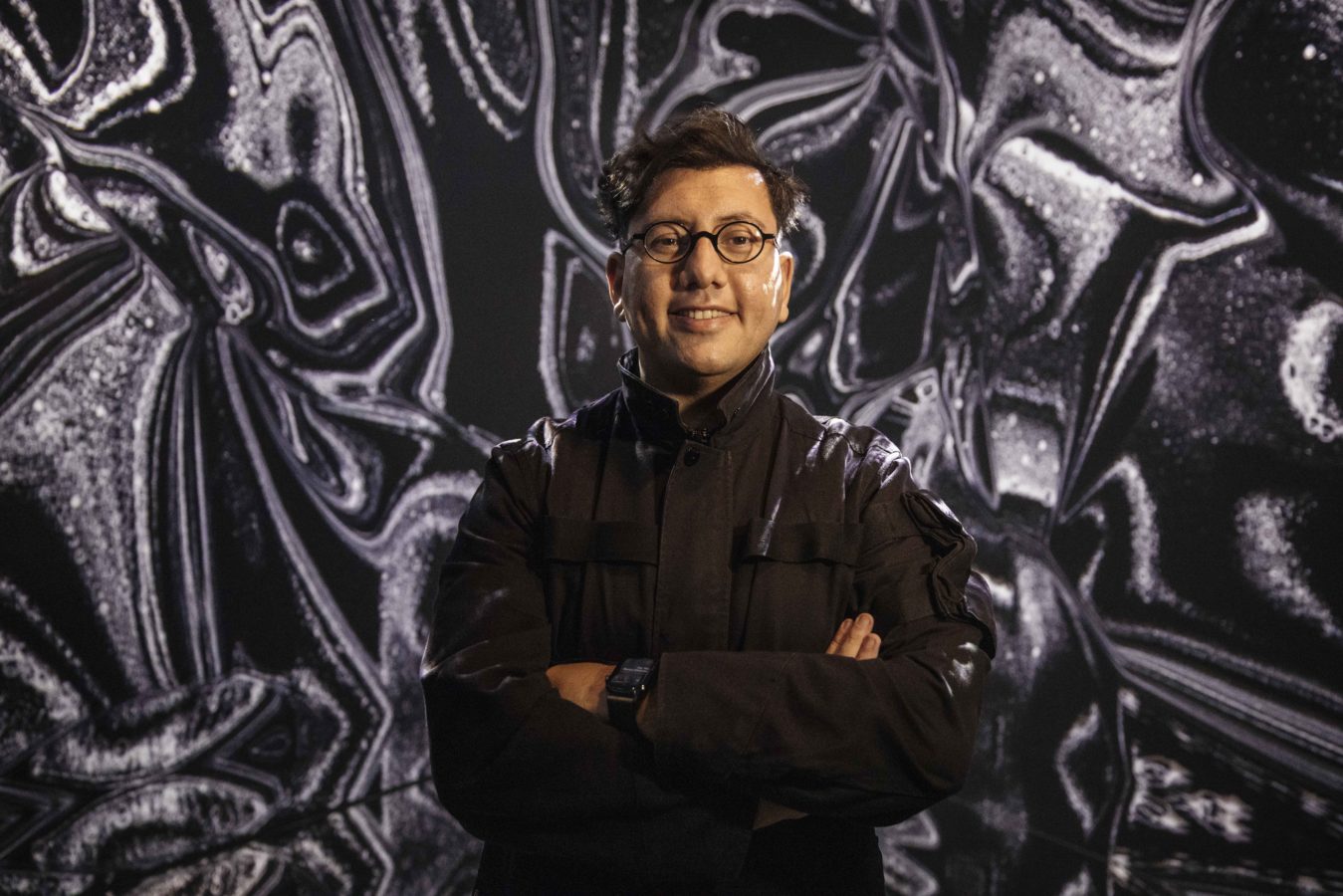 The scientific approaches used by digital artist Refik Anadol have caught the attention of both the art world and high-end global brands such as Hennessy.

Refik Anadol may not be a household name in the mainstream art world, but for those interested in cutting-edge explorations of how Artificial Intelligence (AI) can be used to create stunning digital visuals, he’s one of the key players to watch.

Born in Istanbul, he completed his BA and MFA degrees at Turkey’s Bilgi University before enrolling in a Design Media Arts program at UCLA in Los Angeles, where he received his second MFA. He’s remained based in Los Angeles ever since, and in 2014 founded Refik Anadol Studio, a collaboration of data scientists, architects, designers and researchers, who use computer code to synthesise architecture, graphic design, and AI into some truly mind-bending “data paintings”.

Primarily displayed as site-specific, immersive installations, the artworks created by Refik and his team utilise the data that flows all around us as their primary material – the “paint” if you will – and the neural network of a computerised mind as a collaborator – a kind of “thinking brush”. The result is a radical visualisation of our collective, digitised thought patterns. These installations can take many forms, but all encourage the viewer to rethink both their own engagement with the physical world, and the creative potential of modern machines.

It’s a lot to wrap your head around, but even if you don’t understand the science behind it all, the visuals themselves are compelling, bewitching, and in huge demand. In 2018, Refik created an art-mapping project for the anniversary of the Walt Disney Concert Hall, and in 2020 he unveiled ‘Quantum Memories’ at the National Gallery of Victoria (Australia), which was a year-long project – undertaken with Google’s AI Quantum research team – to process over two million nature-related images sourced from the internet. More recently, he was commissioned to create ‘Machine Memoirs: Space’, a wildly popular exhibition which ran from March 19 to April 26 at the famed Pilevneli Gallery in the artist’s hometown of Istanbul.

However, there’s another brand-artist collaboration, this time with Hennessy, that will no doubt introduce Refik to a whole new audience. The recently launched limited edition of the brand’s V.S.O.P Privilège Cognac has a special bottle and case designed by the artist, who was invited to France to observe the tasting committee at work. Hennessy’s V.S.O.P blend is the expression of the expertise of eight generations of master blenders, and is based on a selection of firmly structured eaux-de-vie, aged largely in partially used barrels in order to take on subtle levels of oak tannins, and ultimately reveal balanced aromas of fresh vanilla, cinnamon, and toasty notes.

Refik was allowed to capture this time-honoured ritual in real-time via neuroscientific research methods, using a rare and specialised electroencephalogram (EEG) typically reserved for laboratory research. This helmet-shaped device captured sensorial data as each taster evaluated the selections. The committee was following a ritual that has remained unchanged for generations, albeit wearing some high-tech headgear.

“Emotion lives in the senses, on the skin, in the heart, and in the mind, and with this hyper-sensitive equipment we are able to trace everything, down to the movement of the glass,” Refik said of his unusual methodology. “You can see heritage and savoir-faire become visible, and observe how the material actually becomes the wisdom.”

Back in his California studio, Refik and his team filtered the data – two centuries’ worth of living memory – through sophisticated analytics, transforming the data set into pigments and light. During his time at the Maison, the artist had become fascinated by the contrast between Hennessy’s tradition of transmitting savoir-faire, generation after generation, as compared to the new frontiers of artificial intelligence. What emerged, he says, was an “architecture of memory”.

Using 3D data mapping, he interpreted and transcribed the tasting committee’s emotions into the colour, shapes, reliefs, and textures that appear on the 2021 Hennessy V.S.O.P Privilège Limited Edition Carafe. The results include a textured metal case that resembles a luxuriant satin-like fabric, and a matching bottle that carries on it’s surface design the fine lines of the brainwave scans. What was once an invisible sensory experience had suddenly become tangible, as data became art in a visual metaphor for a distinctive beverage designed to be appreciated on an individual, sensorial level.

To augment this journey Refik has also designed an ‘Infinity Room’ for projecting images of the data he collected, and this immersive art experience – entitled ‘Sense of Heritage’ – is being revealed, in stages, around the globe.

This article first appeared in the July 2021 issue of Prestige Thailand.