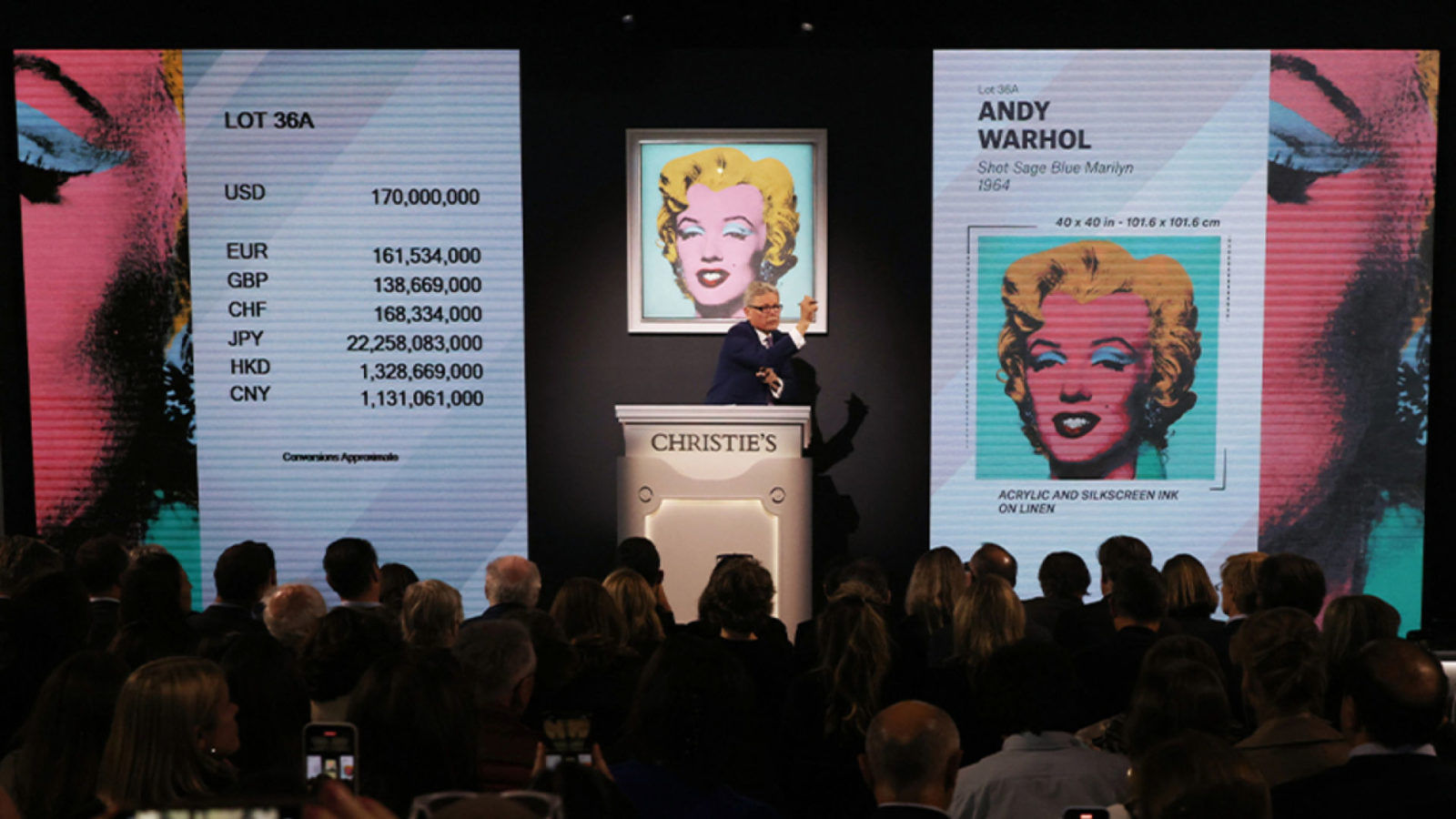 Andy Warhol’s Shot Sage Blue Marilyn has sold for record-breaking US$195 million, standing as the most expensive 20th century artwork to sell at auction.

Christie’s 20th/21st Century sale week in New York commenced on 9 May with The Collection of Thomas and Doris Ammann Evening Sale, featuring a sum of 36 lots by Andy Warhol, Mike Bidlo, Francesco Clemente and more. Garnering registered bidders across 29 countries and a virtual audience of 763,000, the auction racked up US$317.8 million — and the attention of many.

The spotlight, undoubtedly, shone upon Andy Warhol’s Shot Sage Blue Marilyn. Part of Warhol’s five 1964 Marilyns, this piece depicts Marilyn Monroe’s visage cropped from a publicity still for the 1953 film, Niagara — a showcase of flawless colour application techniques and a glimpse into the prosperous post-war America.

Regarded as the face of the American Pop Art movement, Shot Sage Blue Marilyn‘s influence transcends far beyond its motherland and time of conception. This iconic work of art is instead a categorical synonym to “classic”, the very definition of contemporary art in its essence.

“Tonight was a historic night for Christie’s and for the entire contemporary art market. The record-breaking sale of Warhol’s iconic portrait of Marilyn from the Collection of Thomas and Doris Ammann is a testament to the strength, the vibrancy, and the overall excitement of the art market today. This sale demonstrates the pervasive power of Andy Warhol as well as the lasting legacy that he continues leave behind in the art world, popular culture, and society,” commented Alex Rotter, Christie’s Chairman of 20th and 21st Century Art.

Proceeds from the entire sale will be donated by the Thomas and Doris Ammann Foundation to benefit charities providing urgent medical and educational services to children.

Meanwhile, the buyer has been invited to partner with the Foundation and play an active role in fulfilling its global mission for children’s aid, with the opportunity to nominate the charities to which 20% of the work’s proceeds will be allocated, subject to the Foundation’s final approval.

Take a virtual tour of the auction highlights here and sign up to bid today on the Christie’s homepage.