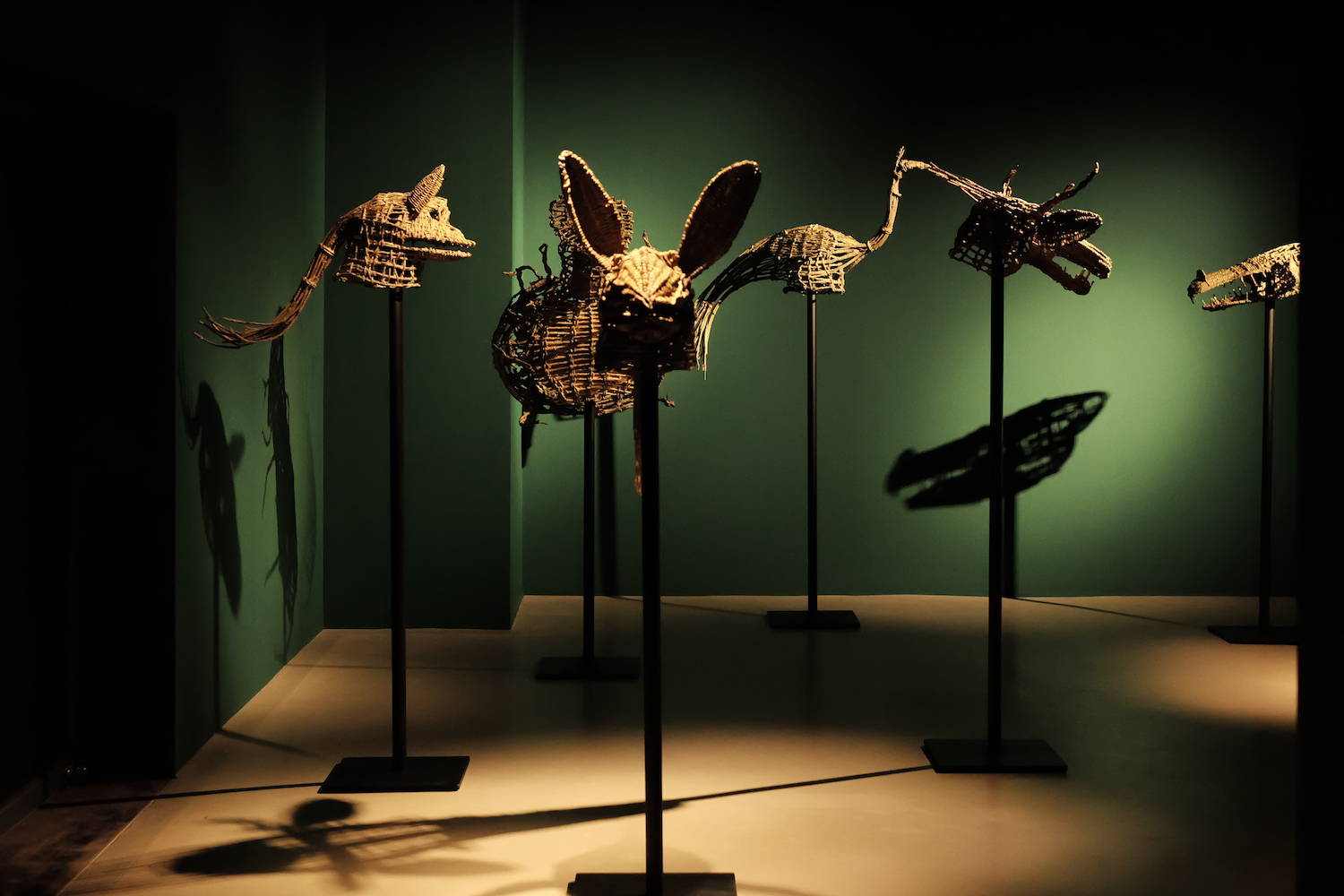 6 Intriguing Art Exhibits to Check Out in October

Bangkok never ceases to impress when it comes to events and new happenings. While the city is experiencing a comeback of the PM2.5 smog, thankfully Bangkok’s art scene still thrives with plenty of exciting exhibitions in store. For those looking to enjoy yourself while staying indoors this foggy season, these events provide an ideal addition to your daily schedule. From an army of terracotta warriors, to a multimedia show that lets you step into the breathtaking world of Italian Renaissance, we’ve gathered the top must-see exhibitions you need on your radar this October.

There’s still time to catch this fascinating group show on display in the Woof Pack Building’s 2nd floor gallery space. The title, 528 Hz, refers to the so-called “love frequency”, which some believe to be a force for connecting everything in our universe. It’s the frequency of waves produced by plant chlorophyll, human DNA, and even the sun. In this exhibition different artists show us how our inherent longing to make connections can itself be a beautiful process, producing rich works of art that can mean nothing, and anything.

Following the successful ‘From Monet to Kandinsky’ exhibition, River City Bangkok invites art lovers to see the works of the masters of the Italian Renaissance, once again through a modern multimedia format that includes state-of-the-art HD projections, animated graphics, and music. Walk into gorgeous waves of colours, listen to the strains of classical music, and relive the extraordinary stories of the four artistic legends that created history; Michelangelo, Leonardo Da Vinci, Raphael, and Botticelli. Experience a showcase of timeless 15th century masterpieces from 10am to 10pm on the 2nd floor gallery space at River City.

Tickets can be purchased via zipeventapp.com.

A Forest of Spirits

This solo exhibition by Phnom Penh-based artist Khvay Samnang brings to Nova Contemporary gallery a series of objects, photographs, and video installations. The Chong people, who inhabit the Areng Valley in the southwest Cambodia, successfully fought a Chinese-funded dam project that would have flooded their valley – driving out resident human and non-human (spirit) populations The artist developed a series of primitive masks which represent non-human beings central to the cosmology these rural people, then collaborated with traditionally trained dancer Rady Nget to produce choreographies in a number of sacred locations around the valley.

Takanobu Kobayashi is regarded as one of the most influential contemporary Japanese painters. He recently concluded a residency program at the 100 Tonson gallery in Bangkok, and during his residency he welcomed visitors to observe his creative process. The finished pieces in this show depict fields of forest greenery in which toy blocks are stacked in ways that look beautifully balanced but would be impossible to achieve in the real world (where gravity exists). It’s a playful way of pointing out the obvious fictional realm inside the canvas.

Subhashok The Arts Centre (SAC), in collaboration with Rosewood Bangkok, present a solo exhibition by Verapong Sritrakulkitjakarn, taking pace in the hotel’s 3rd floor gallery. The show’s title refers to the stories of existence, and the impermanence of time. The artist tells his story from his memories, attitudes, and feelings through people, animals, things and incidents. The jumbled compositions seem like puzzles to be solved, however the real meaning of his artworks is dependent on the individual imagination, experiences, and memories of the audience.

In the spring of 1974, in China’s Shaanxi province, the unexcavated tomb of Qin Shi Huang, the self-proclaimed first emperor of China, was unearthed, along with a vast sculpted army of terracotta soldiers and horses. Four of these warrior statues, along with over 100 ancient cultural relics from the Qin Dynasty, the Han Dynasty, and the Silk Road era – a collective span of several centuries – are on display in Bangkok as part of the National Museum’s exhibit entitled ‘Qin Shi Huang’, The First Emperor of China and Terracotta Warriors’. It’s rare, fascinating and not-to-be-missed look into ancient Chinese craftsmanship and history.