Pursuits
The Height of Irony? Banksy Painting on Consumerism Will be Sold at an Auction
Share
Next article

The unlikely association of Banksy and Monet will soon be attracting the attention of art collectors from around the globe, as Bansky’s painting on consumerism is set to be auctioned.

Dating from 2005, “Show Me the Monet” is one of a series of oil paintings entitled “Crude Oils,” in which Banksy reinterpreted several famous paintings by Van Gogh, Edward Hopper and Andy Warhol. As the name suggests, “Show Me the Monet” is largely based on “The Water Lily Pond” by French impressionist Claude Monet, which the British street artist reworked by adding shopping carts and a traffic cone into the peaceful setting at Giverny. 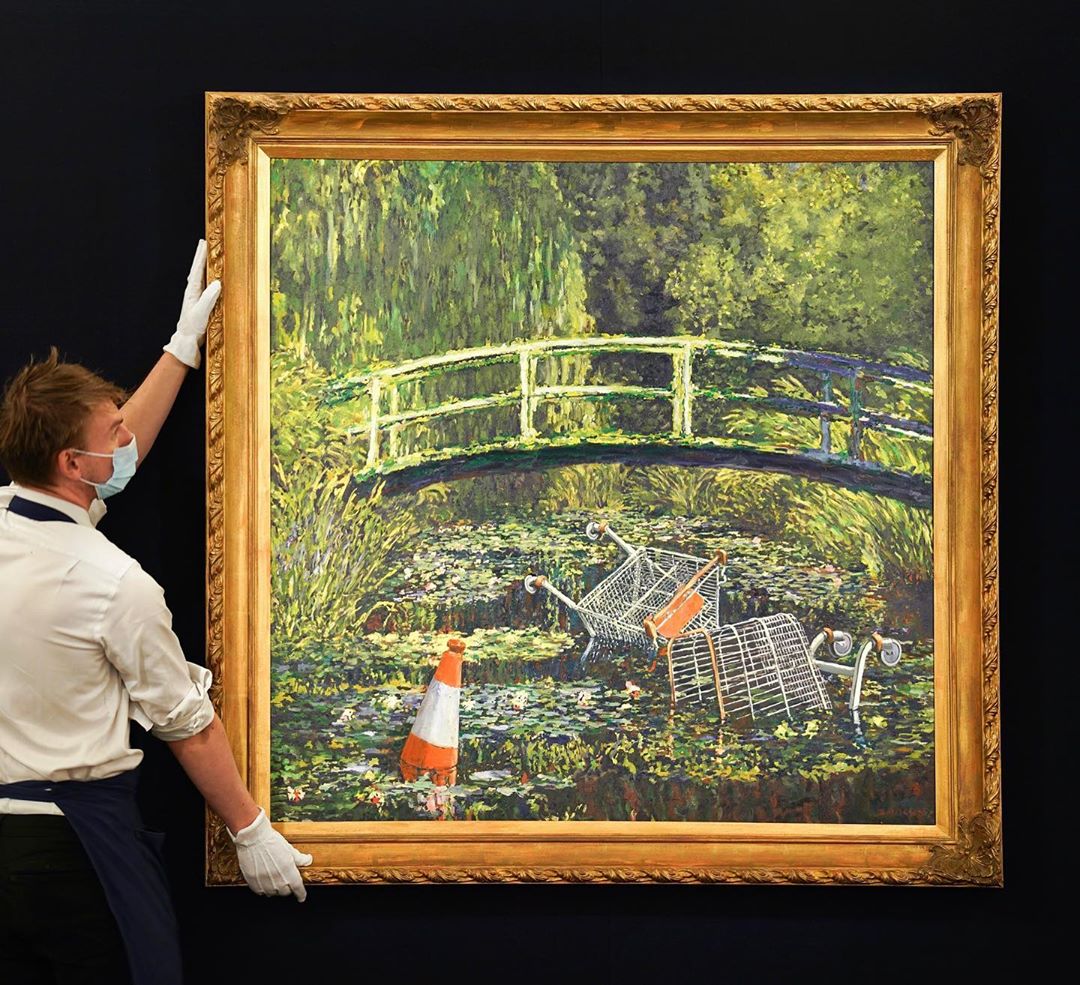 “Recent years have seen a host of seminal Banksys come to auction, but this is one of his strongest, and most iconic, to appear yet,” points out Alex Branczik, Sotheby’s European head of contemporary art.

“Show Me the Monet” is expected to fetch three to five million pounds  at the “Modernités/Contemporary” sale.  However, the bidding may go much higher as it often does with works by Banksy. Last October, another painting by the artist, “Devolved Parliament,” finally sold for 9.9 million pounds, which was five times the initial estimated sale price.