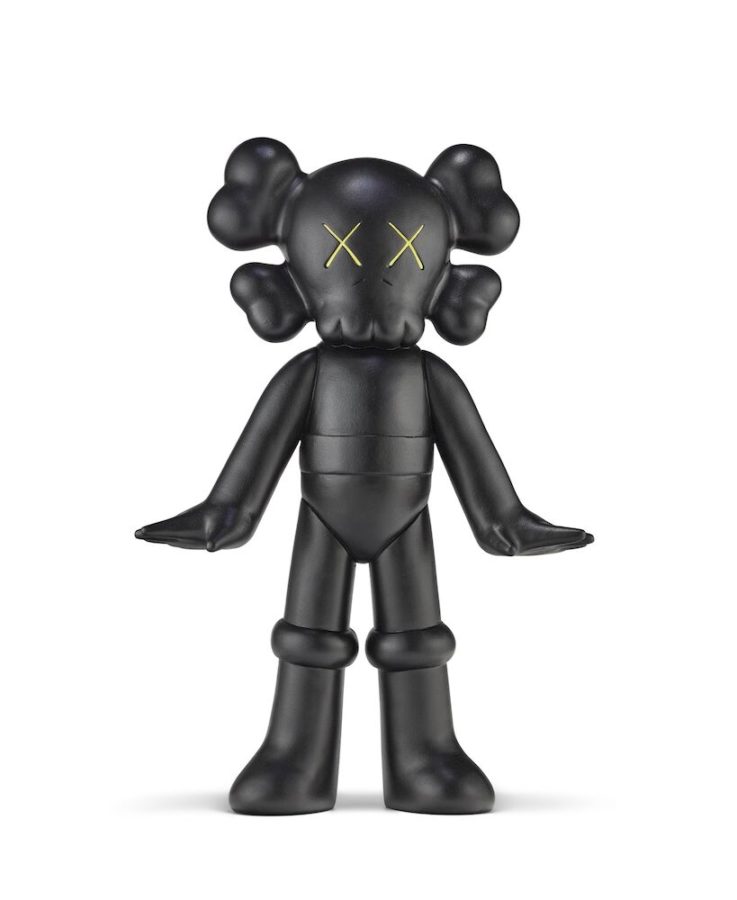 Pirovino, who is recognised as one of the most prolific collectors of KAWS’ work, has helped curate the cross-category sale “Trespassing,” which is running online on Christie’s through August 19.

The online-only sale features a selection of over 90 works, which collectively “trace graffiti’s influence on contemporary art and embrace the energy, spontaneity and humour of artists inspired by the medium.” Among them are prominent street artists such as KAWS, Invader and Banksy, who has recently made headlines after the $2.2 million sale of his “Mediterranean Sea View 2017” triptych at Sotheby’s London.

“Trespassing” will also include pieces by the likes of Jonas Wood, Julie Curtiss and George Condo, who are described by Christie’s as sharing “the same dynamic spirit.”

Highlights of the cross-category sale include a hand-painted resin sculpture of KAWS’ signature COMPANION figures, entitled “Untitled (Astro Boy),” which is expected to fetch between $150,000 and $200,000.

Also on offer is a ceramic tile mosaic work by French urban artist Invader, entitled “Alias SP_43,” which is expected to sell for up to $60,000. This pre-sale high estimate is far from Invader’s current auction record of about $398,800, which was set by “Vienna” in May 2019 during Artcurial’s sale of urban and Pop art in Paris.

Collectors will also have the opportunity to acquire Los Angeles-based contemporary artist Jonas Wood’s “Big Brown,” which is estimated to go under the hammer for up to $70,000.  “‘Trespassing’ is a convergence of emerging trends in our market and is designed to entice both brand-new buyers and those who are familiar with our sales,” Lindsay Griffith, head of Christie’s prints and multiples department in New York, said in a statement.

While Street Art’s popularity has soared in the auction market in recent years, “Trespassing” is one of the numerous online-only auctions held by Christie’s in reaction to the covid-19 pandemic. During the first half of 2020, the auction house had organized 108 online-only sales, up from 38 in the same period of 2019.

Sign up to get the latest luxury and lifestyle news delivered to your inbox.
Auction Christie's Kaws Omazz
AFP Relaxnews
auctions