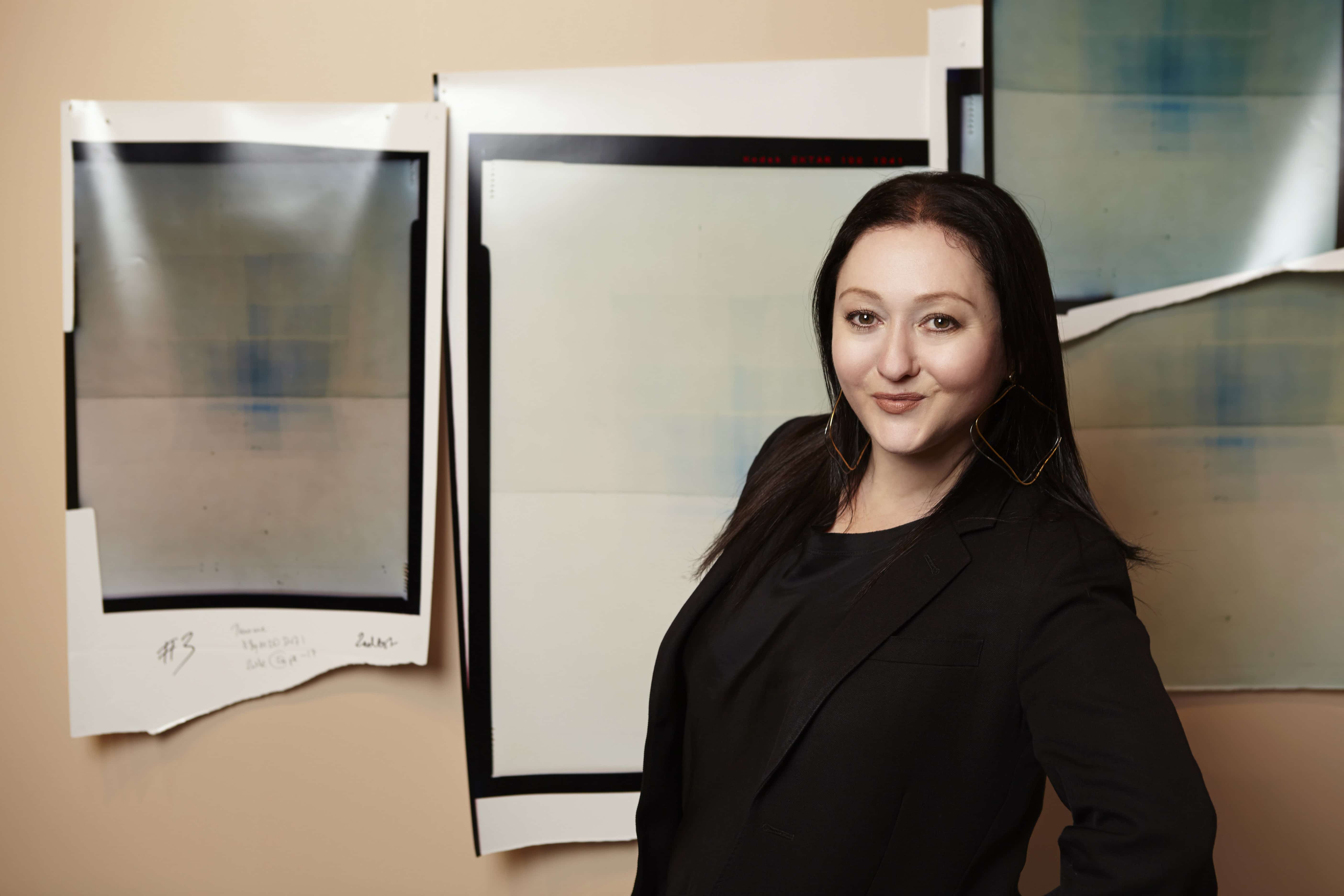 When Alexie Glass-Kantor begins curating the huge installations that comprise the Encounters section of Art Basel Hong Kong, it’s like the scene in a detective moviewhere the hero finally joins the dots of the mystery. “I basically sit on the floor and do a bit of old-school collaging with print-outs,”she says.

Every October, the Sydney-based curator flies to Hong Kong with Art Basel’s architects and operations team and tries to work out the connection between the dozens of installation proposals she receives from the fair’s participating galleries.

“I don’t go into the process with a preconceived curatorial angle in mind,” she says. “I go in with an open mind. I pare it back, I look for relations between works, I look for diversity and intergenerationality.” When she’s arrived at a satisfying mix of work, she hands her print-outs to the architects. “They render them overnight and see if it’s feasible for them to be installed in time. So it’s a very collaborative effort.”

As Glass-Kantor pored over the proposals for this year’s Encounters, she noticed that many of the works reflected the “disorientation and uncertainty” of an era of social upheaval and global warming, a time when the natural order of things seems to be in the throes of a dramatic readjustment. “There’s an unpredictability that’s amplified through a Trump-era politics,” she says.

That was combined with an emphasis on materiality that Glass-Kantor found interesting. “Last year, I had a number of works that had a performance or durational element,” she says. This year, artists seemed to be questioning the very fibre of their work, which Glass-Kantor thinks is a response to the ephemeral nature of life lived in the digital realm.

“When you’re living in a time when things are shape-shifting so quickly around us you turn to the things that you have at hand,” she says. “Labour and production embed a sort of meditation on process and engaging with your environment.”

What to See at Art Basel Hong Kong 2019
Pursuits

As she decided on the installations that will be shown at Art Basel, Glass-Kantor wasreminded of Maya Angelou’s poem Still I Rise. Like the poem, she says, this year’s Encounters is “a call to action and aproposition to re-energise, re-incarnate, re-innovate and rise”.

Zhao Zhao mines similarly dark terrain with In Extremis, an interactive installation that draws from the artist’s 2018 show at Tang Contemporary Art in Beijing. “He would see dead cats pulverised on the highways and would go around drawing chalk outlines around the cats,” says Glass-Kantor. The work raises questions about mortality but also perseverance — and maybe even rebirth. “It’s this sense of reincarnating something that was meaningless and seeing how we can reconfigure.”

Other installations include Homage to the Square by Jose Dávila, which explores the influence of artist Josef Albers, who posited that the colours we see are not actually the colours that physically exist. As visitors pass through Dávila’s installation, kinetic mobile sculptures move and refract colour. In City in the Sky, artistic duo Michael Elmgreen and Ingar Dragset take Hong Kong’s densely packed cityscape and invert it, hanging it upside down.

Many of the artists in Encounters may be little known to the Art Basel public, including the Indigenous Australian Tony Albert and Mit Jai Inn from Thailand. “I try to make sure that at least half my artists may be well known in their local contexts but maynot be so familiar on the Art Basel circuit,”says Glass-Kantor.

After taking over Encounters from curator Yuko Hasegawa in 2014, Glass-Kantor and Art Basel Hong Kong director Adeline Ooi whittled down the number of installations from 30 to 12, to allow for larger installations. She’s also made a point of encouraging as much contact between visitors and the works as possible.

“As much as I can, I try to make sure nothing is fenced off. It’s a bit ironic,” she says with a laugh. “I’m such a klutz, I’m always dropping and breaking things.” So are many others, and the first time she curated Encounters, “there was this heavy sense of apprehension about audiences being able to touch and engage with installations”, she says.

Unlike the fairs in Basel and Miami Beach, Art Basel Hong Kong draws a large number of visitors from the general public, including schoolchildren and families. Some works have been damaged by rambunctious fair-goers in the past. But Glass-Kantor says audiences have become increasingly sophisticated over the years.

And in any case, engaging with the installations of Encounters is not the same as looking at an image on a wall. From the time it begins life as a series of print-outs on the floor, Encounters is a physical experience. “We’ve moved away from a time where educating an audience is anachronistic,” says Glass-Kantor. “The audience is a collaborator.”