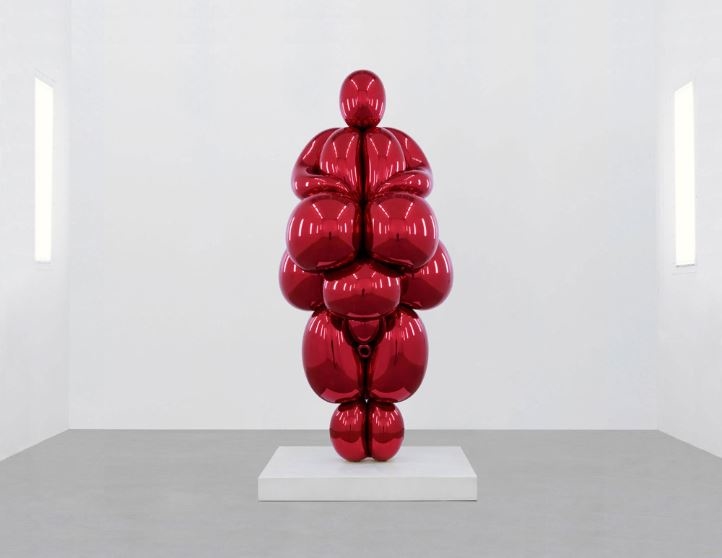 The thematic presentation offers an unprecedented look at the artistic practice of Koons, who notably became the world’s most expensive living artist following the $91 million sale of “Rabbit” in May 2019.

“Balloon Venus Lespugue (Red)” is a large-scale balloon interpretation of the Paleolithic statuette Venus of Lespugue, which Koons completed earlier this year as part of his ongoing “Antiquity” series.

Koons’ new sculpture may have also fetched a record price for any online viewing room sale to date, although several rival galleries have announced six- and seven-figure sales through their own digital showrooms in recent years.

Gagosian announced in May that Cecily Brown’s “Figures in a Landscape 1” realized $5.5 million through its online viewing platform, making it at the time the second-highest price ever paid publicly for a work by the contemporary British artist.

Hauser & Wirth reported earlier this June that Mark Bradford’s mixed-media-on-canvas work “The Press of Democracy” sold for $5 million to a “highly respected collection” at the virtual Art Basel fair, which runs through Friday, June 26.

Meanwhile, David Zwirner has announced that it sold 10 of its 15 Basel offerings, which have collectively been estimated to bring in $28 million.

Among them are Kerry James Marshall’s “Untitled (Blot),” which went to an unspecified American museum for $3 million; as well as Joan Mitchell’s “Pastel” and Josef Albers’s “City,” which were both purchased for $1 million.

Additionally, David Zwirner had also launched “Basel Online: 15 Rooms” on its own digital platform, giving art collectors an in-depth look at each of the works on offer at Art Basel, and how they relate to each artist’s practice.