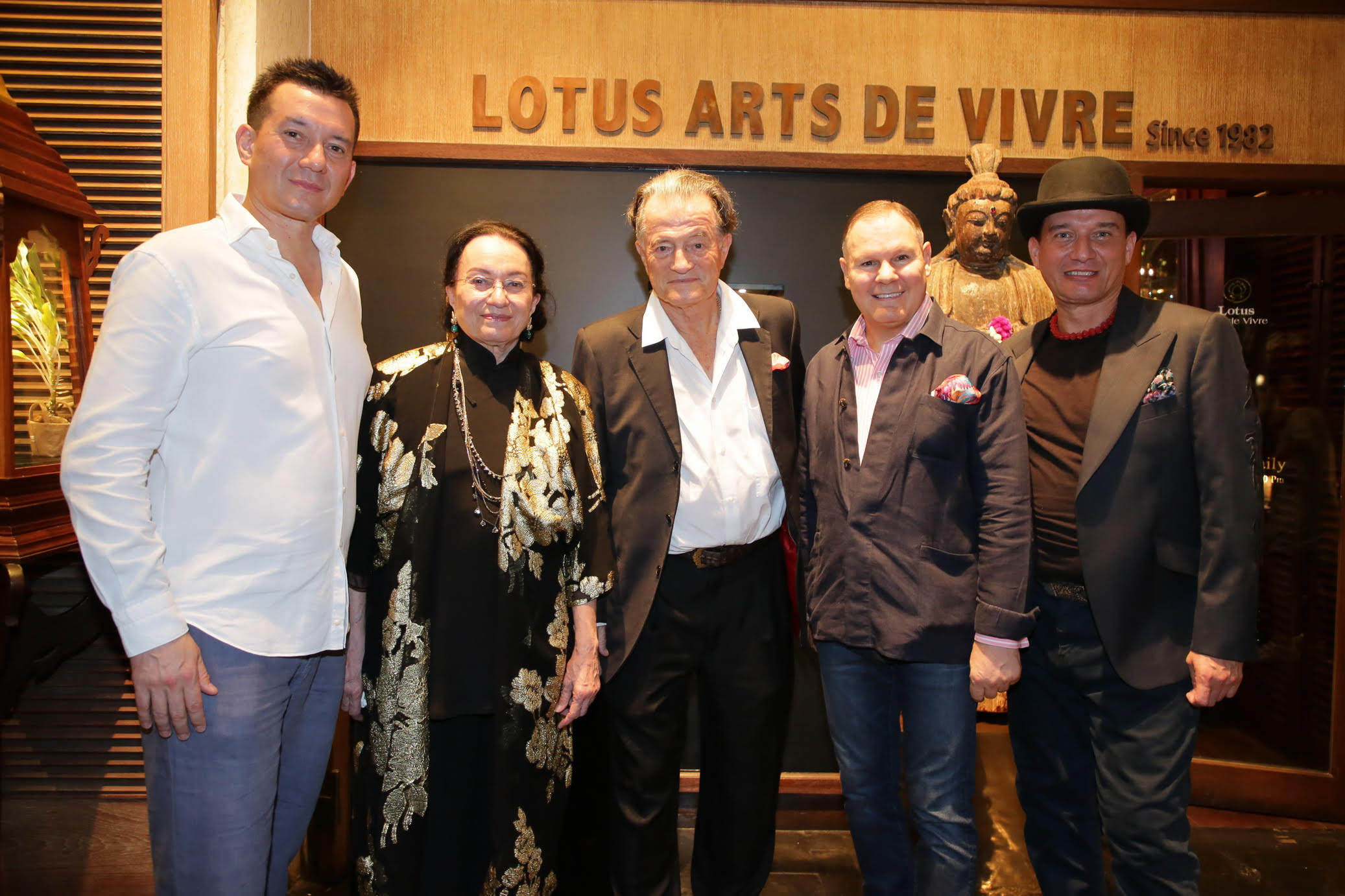 It was an important moment for the art world in Thailand when Mr. Rolf Von Bueren, Founder of Lotus Arts de Vivre joined hands with Mr. Ralf Ohletz, the Count of Plettenberg, to create a masterpiece exhibition with ancient items from around the world. Mr. Rolf Von Bueren is the founder of the well-known Thai jewellery and home decor brand, and Mr. Ralf Ohletz was born as a member of noble family which held the position of advisor to the Emperor of Germany in the past – both brought their passion and zest in this exhibition currently held at Anantara Siam Bangkok. Together, the two organised a striking exhibition featuring ancient collective items from Europe and Asia, an opening that was attended by Bangkok’s finest A-listers and glitterati.

The exhibition features 1,000 masterpieces for Thai collectors to observe and own that were co-designed by Ralf Ohletz. Similarly, the pieces also reflect the acquired tastes of Count Plettenberg in selecting decorative items and art pieces to enliven the home.

Some of the highlight pieces from the exhibition include an Egyptian obelisk carved from a single piece of Brazilian rock crystal, a pair of blanc de Chine vases from the 17th-18th Century, a Khmer Baphuon statue from the 11th-12th century, a hand-carved shell from ancient Rome, a Balinese mythical ‘Rangda’, carved crystal objects, crystal Bhaishajyaguru – the healing Buddha, a crystal dawn owl and more. See some of the pictures and attendees below.