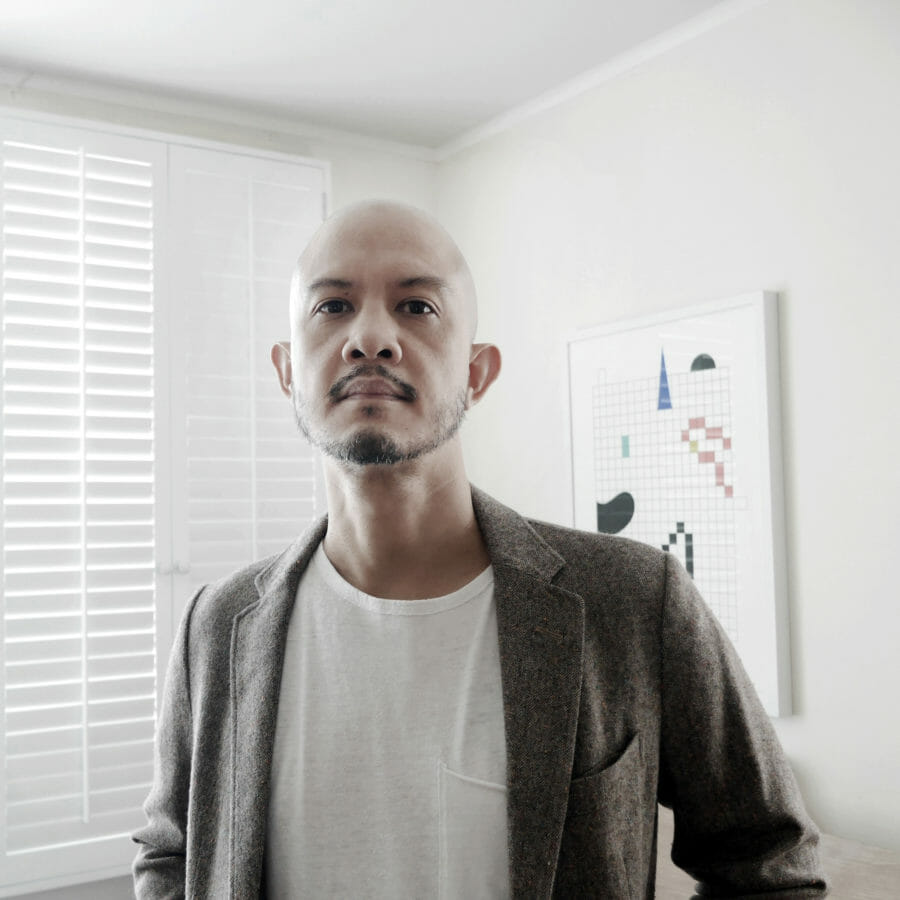 In Conversation with Prabda Yoon, the Fukuoka Arts and Culture Prize 2021 Laureate

Pursuits
In Conversation with Prabda Yoon, the Fukuoka Arts and Culture Prize 2021 Laureate
Share
Next article

The writing reflects the person holding the pen. Just like when reading his prose, one is always intrigued when talking to Prabda Yoon.

Despite being one of the most successful contemporary writers, with a S.E.A. Write Award earlier in his career and a Fukuoka Prize 2021 are sufficient proof, Praba always comes across as humble, yet he carries a calming air of self-assurance often found in those who’s seen enough of the world to know of its workings. With a career that spans over two decades, his repertoire includes various genres and media including short stories, novels, essays, fine art, graphic design and films — the latter taking him to various roles from screen-writing (Last Life in the Universe, Invisible Waves), directing (Motel Mist) and producing (Bangkok Breaking, the second original Thai production from Netflix).

While the man himself remains astounded, many local and international cultural enthusiasts don’t see his latest recognition, the Fukuoka Prize 2021, as anything surprising. We sit down with the writer, filmmaker and artist to discuss writing, his ties to Japan and future projects.

Can you tell us about the Fukuoka Prize and your feelings when you knew about the nomination?

I’m still quite surprised. The Fukuoka Prize is given to individuals recognised for their achievements within their respective industries, mainly academics and scientists. There are not many laureates from the arts field, and the names include internationally celebrated writers, for instance, and it is a category I feel I do not belong to at all. That’s why, when I received the announcement, I was surprised and felt rather taken aback by the news.

You mentioned that you feel your work is not of enough significance to be recognised by the award.

It might be because the interest and intent of my works — right from the beginning until now — were never about creating work that will have any social impact or contribute to the morality of our society. I have never written with those purposes, and I’ve only written about what I’m interested in. Often it is an interest that is very niche and not something the public would connect with. My works have always been contained within a small group of people and were not popular with the mainstream. I’ve always felt that I belong to this small corner right from the beginning, so I’ve never related myself to having fame or being awarded on a widely recognised level.

For the Fukuoka Prize, the people who received them previously were Apichatpong Weerasethakul, M.R. Kukrit Pramoj, Professor Nidhi Eoseewong and Professor Charnvit Kasetsiri, all of whom are all at a much higher level than I am. So I was astonished, but I am also glad, nevertheless.

Your works are loved by many readers in Thailand and abroad. They have been translated and published in many countries, including Japan, the U.K., and Taiwan.

It’s true that my works are read by a particular group of readers who have an interest in arts and culture in Thailand. However, it’s always been within a small circle. For Apichatpong, it’s understandable as he is internationally recognised, whether at Cannes or to cinephiles worldwide—but Prabda? I’m not so sure. (laughs)

But perhaps on an international level, the writer’s individuality is more important than creating something to promote good morals within society.

That’s a possibility. Perhaps in Japan or Western countries, they place more emphasis on creativity when it comes to determining a piece of work.

Can you tell us a bit about your past works that have appeared on the Japanese literary scene?

It started when I wrote the screenplay for Pen-Ek Ratanaruang, which was Last Life in the Universe. A Japanese actor played the protagonist, and so we did some promotions in Japan. Since then, I’ve had the chance to write for some Japanese magazines. Eventually, some of my works were translated and published in Japan. So I’ve had quite a consistent working relationship with Japan throughout the years. Again, the collaborations and publications were ‘indie’ in nature—the features I’ve written were mainly for an arts and culture magazine, and the short stories and novels were instead contained within the literary circle.

Perhaps the Japanese readers were aware of my existence as I was a Thai writer, which is rare in the international arts and culture scene abroad. In Japan, some popular Thai artists and directors include Apichatpong, Wisut Ponnimit and a few others, and maybe that’s how I became grouped with them.

Aside from being a producer for a Netflix original, Bangkok Breaking, can you update us with some of your current projects?

I’m focused on writing my new book at the moment, and that’s a project that I’m currently actively working on each day. Other projects are primarily in their early stages because the current situation doesn’t provide much opportunity to do anything further. Before Bangkok Breaking, there was a project with a Japanese artist. However, due to Covid-19, it’s on hold for now.

Can you give us a hint of what genre of writing you are working on?

You could say that it’s the ending sequel to another book, Waking Up Elsewhere, which talks about a funded research trip where I went to the Philippines. However, there’s a second part to it. It’s a memoir of when I went to Japan—again, another tie to Japan. This book will talk about the works I did in Japan and reflect on Thailand during the time.

It was around 2009 to 2010, then, during the crackdown on the red shirts. During that time abroad, I was able to, perhaps, access more information and news than even those in Thailand back then due to censorship in Thailand at the time. It was a period when I was researching arts, culture, and philosophy while receiving the news about Thailand, so I hope it would be a good mix between my experience during the research in Japan and an interpretation of the events from the past decade.

With the current political landscape and the public scrutinising or calling out everyone’s political standing, were there any pressure instances where you felt you had to express your stance or self-censor?

I’m not very worried about criticism as I think it’s normal. Maybe it’s because I’ve been harshly criticised and scrutinised since I started, before things got political, even. Plus, the nature of my works does not attack a specific individual; but rather my recollection or commentary on the schools of thought. That’s why I haven’t felt the need to self-censor as I wrote without an agenda towards any sides. Instead, they come from my personal feelings or the researches I have done. If someone criticises me on a grounded basis, then it’s beneficial to me to reflect on my thinking. However, if it was a false accusation where my words are twisted from their intended meanings, that may lead to debates. Regardless of the response, I think a culture where people can openly criticise things is important. The Fukuoka Prize 2021 Ceremony will take place on October 29, 2021, with live-streaming via YouTube. Additionally, Thai author and award winner Prabda Yoon will be phoning in to give a public lecture at The Fukuoka City Public Library Movie Hall. Those interested may attend the onsite event (available on a first-come-first-served basis) or watch the lecture via YouTube online streaming.

For more information, visit The Fukuoka Prize. For Prabda’s books, visit Typhoon Studio, while Waking Up Elsewhere (sold out) is available as a digital version here.