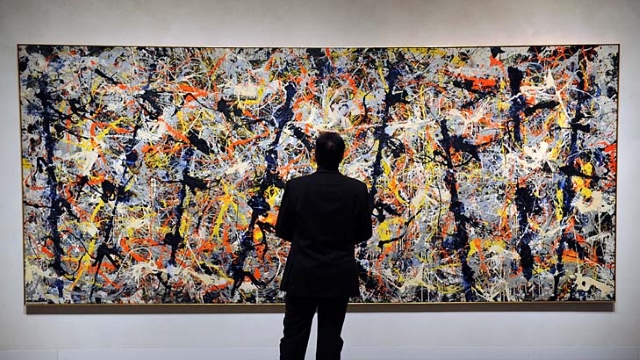 When Gough Whitlam’s reform-minded government first came into power in Australia back in 1972, after 23 years of conservative rule, it embarked on an agenda of polices that ranged from the high-minded ­­– recognising the People’s Republic of China, returning indigenous lands, abolishing the death penalty and axing university fees ­– to more prosaic but urgent matters like connecting the sprawling outer suburbs of Sydney and Melbourne to a modern sewerage system. Cultural investment was also given prominence, with Queen Elizabeth opening Sydney’s iconic Opera House in October 1973 following two decades of construction – a rancorous project that saw Danish architect Jørn Utzen head home to Denmark, never to return, while cost overruns hit tens of millions of dollars. That fateful year also saw the start of the Gulf State oil embargo and the mid-70s recession. So when it emerged that the also new National Gallery of Australia in Canberra had paid AU$1.3m for a painting by an American artist, Jackson Pollock’s 1952 work Blue Poles, which looked someone had laid the canvas on the floor and poured, dribbled and flecked house paint all over it, the public and popular media reacted as if they’d just learned that someone had strangled the Queen’s corgies. (After forking out for Blue Poles, the NGA acquired another work, Woman V, by the Dutch-born US painter Willem de Kooning, for a more modest US$650,000. Both painters were colleagues from the so-called New York School of Abstract Expressionism that formed after the second world war).
Fast forward to the present, where times, and attitudes, have of course changed. In a short video at the NGA’s website, Christine Dixon, senior curator of international painting and sculpture, describes why the painting today is the gallery’s most popular exhibit, starting with its sheer size: “People forget that when they see reproductions of works of art, everything looks flat. But when you come to this beautiful work, you’ll see that it’s nearly two metres high and more than five metres long.”

And, yes, Pollock did paint on the floor – his paintings were just too damn big to lean on the wall ­­– where he “used any implement he liked to pour and dribble and fling paint to the canvas”. And yet, Dixon adds, “he could draw so subtly with such intricate ideas about the lattice work and three dimensionality of the painting. The more closely you look at the work, the more deep it becomes. If you move away it becomes a surface again.”
And therein lies one of the most intriguing features of Blue Poles (and Pollock’s other works from that period): that, according to some mathematicians, the painting is composed almost entirely ­of fractals, something Pollock was probably not even vaguely aware of. Fractals are patterns formed by congregations of exactly, or very similar, patterns. For example, imagine an equilateral triangle that itself is comprised of four smaller triangles with exactly the same pattern. Or take the original one and stack three more the same size to get a new triangle that is four times that size. Fractal patterns are ubiquitous in nature in shapes as diverse as snowflakes or biological structures ­­­– indeed they are the patterns of life. Look closely at a snail shell or the veining of leaves. They are also found in art, especially in East Asian imagery of water and clouds: think Hokusai’s famous woodblock print, The Great Wave off Kanagawa, and notice how the shapes of the giant waves and the breaking foam at their tops are fractals of each other.

Meanwhile, it’s been nearly five decades since the NGA paid what was then a world record for a work by an American painter. Was it taken for a ride, or did they get a bargain? In September 2016, the Australian Financial Review reported that the painting had an insurance valuation of about US$350 million, some 300 times the 1973 price tag ­– a frenzy of fractals at a fraction of the price.

Sign up to get the latest luxury and lifestyle news delivered to your inbox.
ART Artist Jackson Pollock Arty Facts
Christopher Donnolley
luxury