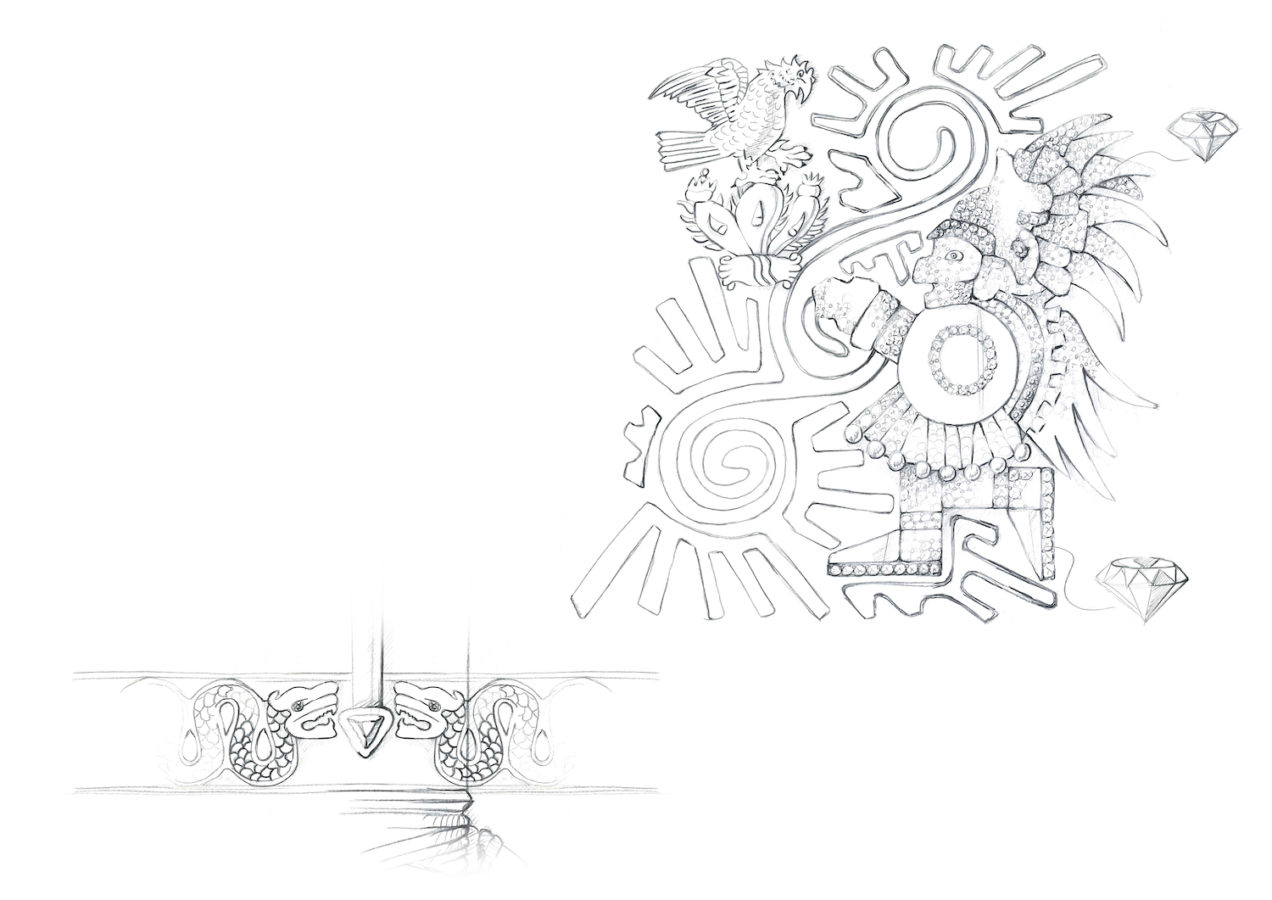 Every year, coinciding with the Montblanc de la Culture Arts Patronage Award, Montblanc would create a truly special, limited edition writing instrument. A nod to the brand’s emphasis in celebrating art and culture, these exquisite stationery pieces would pay tribute to a historical figure in the arts. This year, the patron whose cultural legacy Montblanc has chosen to highlight, hails from Aztec culture — more specifically, the great Aztec ruler Moctezuma I (c. 1398 – 1469). Moctezuma I: Who Was He?

Some may remember the name from classic history textbooks, but Moctezuma Ilhuicamina was elected ruler of the great Aztec Empire back in 1440. In his 30-year long reign — which many refer to as the empire’s golden age — he’d expanded the borders of his empire, all the way to the Gulf of Mexico. In fact, today’s Mexico City — which was originally the capital city Tenochtitlán — blossomed under his rule, coming alive with new buildings, sculptures, and lush botanical gardens. From the renewal of Templo Mayor, to various other projects, Moctezuma is today credited for shaping the Aztec state to the way it is remembered today, brimming with culture and fascinating myths. 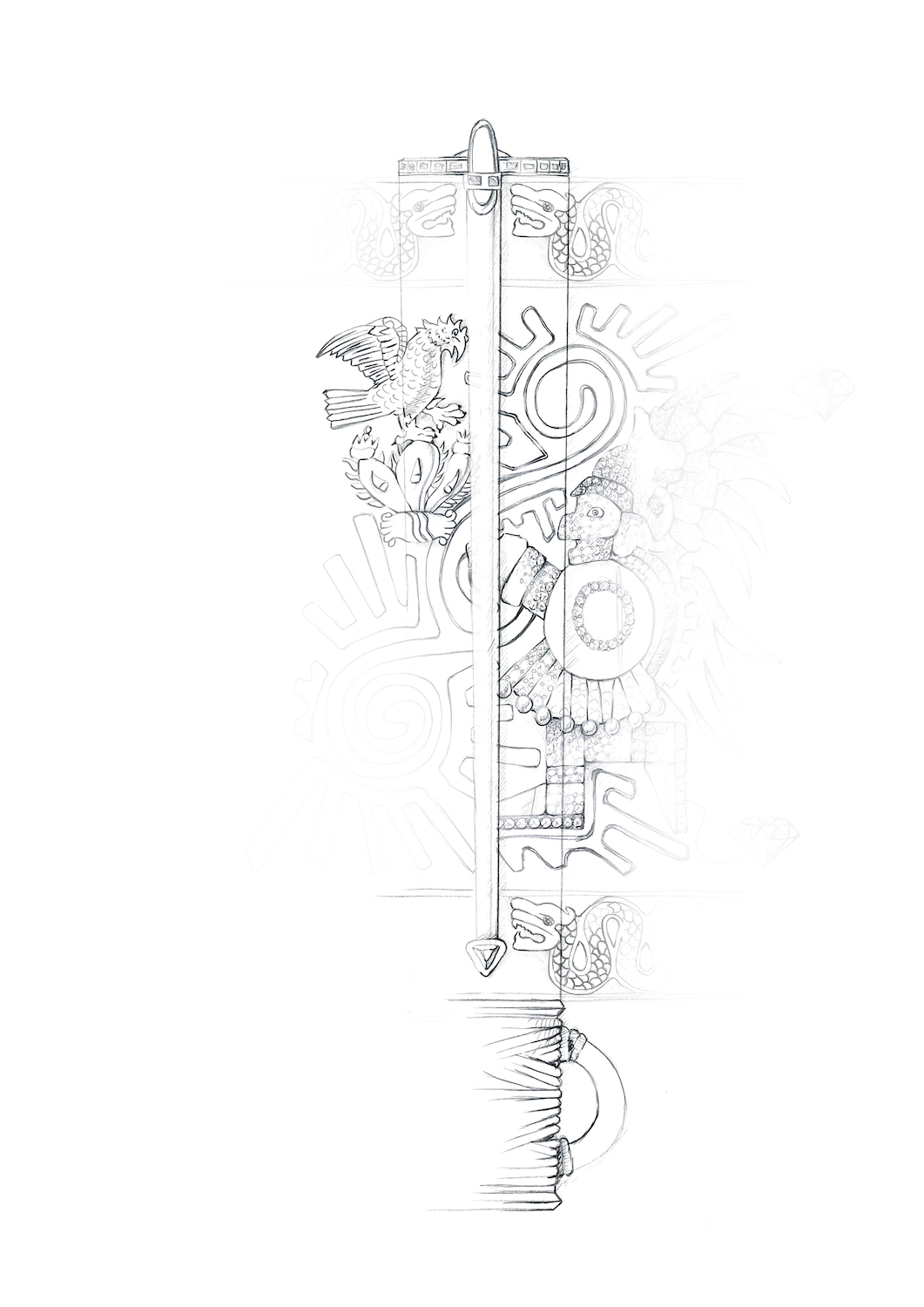 The Montblanc Patron of Art Homage to Moctezuma I: Immortalising a Cultural Legend

Created in partnership with the Instituto Nacional de Antropología e Historia in Mexico, there are four limited editions which tell the tale of Moctezuma Iluicamina. You see references to his legacy in the details.

Montblanc Patron of Art Homage to Moctezuma I Limited Edition 4810

Here, design cues draw from the atlatl — an Aztec spear-throwing weapon that propels spears or darts over long distances — alluding to Moctezuma’s reputation as a great warrior. The gold-coated cap is reminiscent of the atlatl’s thread-wrapped handles, while the striking Aztec petrol and carmine red is used heavily. Two Aztec glyphs are embellished over the cap, indicating when the reign of the great Aztec king began and ended, while the cap top features an engraving of an Aztec sun disc, inside which you see the Montblanc emblem.

Montblanc Patron of Art Homage to Moctezuma I Limited Edition 888

A more vibrant design, this instrument is covered in carmine red and turquoise patterns, the writing instrument draws from royal garments from the Aztec Empire — more specifically, Moctezuma’s cloak. The engravings adorning the sterling silver cap represent weapons used by Moctezuma himself, along with skulls and traditional ornaments. The clip is spear-shaped, finished with a Central American quetzal’s feather engraving, and set with triangular-cut green jade.

Montblanc Patron of Art Homage to Moctezuma I Limited Edition 87

Limited to just 87 pieces, this edition pays tribute to the year 1987, when the Templo Major was added to the UNESCO World Heritage List. The entire pen is heavily adorned with turquoise, which was a highly-favoured stone in traditional Aztec decor. What’s particularly interesting is how the mocaiscs on the caps are handcrafted just so that each and every single piece is slightly different. From afar, the design offers a vintage-like appearance, created by using champagne-tone gold inlays set with jade cabochons. Close inspection of the solid gold nib reveals a fine-engraving inspired by the Aztec glyph for the heart — symbolising sacrifice. Look further at the forepart, and you’ll see the second name of Moctezuma I — Ilhuicamina — which means “he who shoots an arrow into the sky”.

Montblanc Patron of Art Homage to Moctezuma I Limited Edition 8

If you thought 87 was limited, check this one out. Limited to only eight pieces, this design is inspired by the ‘stone of Moctezuma I’ — the only remaining piece of the great Templo Mayor, which was excavated in 1988, and features eight rays. The rare design is set with diamonds, garnets, green tsavorites, and multi-coloured sapphires — representing the day Moctezuma I ascended the throne in exceptional grandeur, where he was given the turquoise-coloured, red-bordered royal cloak, along with a diadem of gold. The Huitzilopochtli, a patron god of the Aztecs, adorns the masterpiece, while engravings of two double-headed snakes framing the artwork symbolise renewal, fertility, and luck.

To find out more, visit montblanc.com.