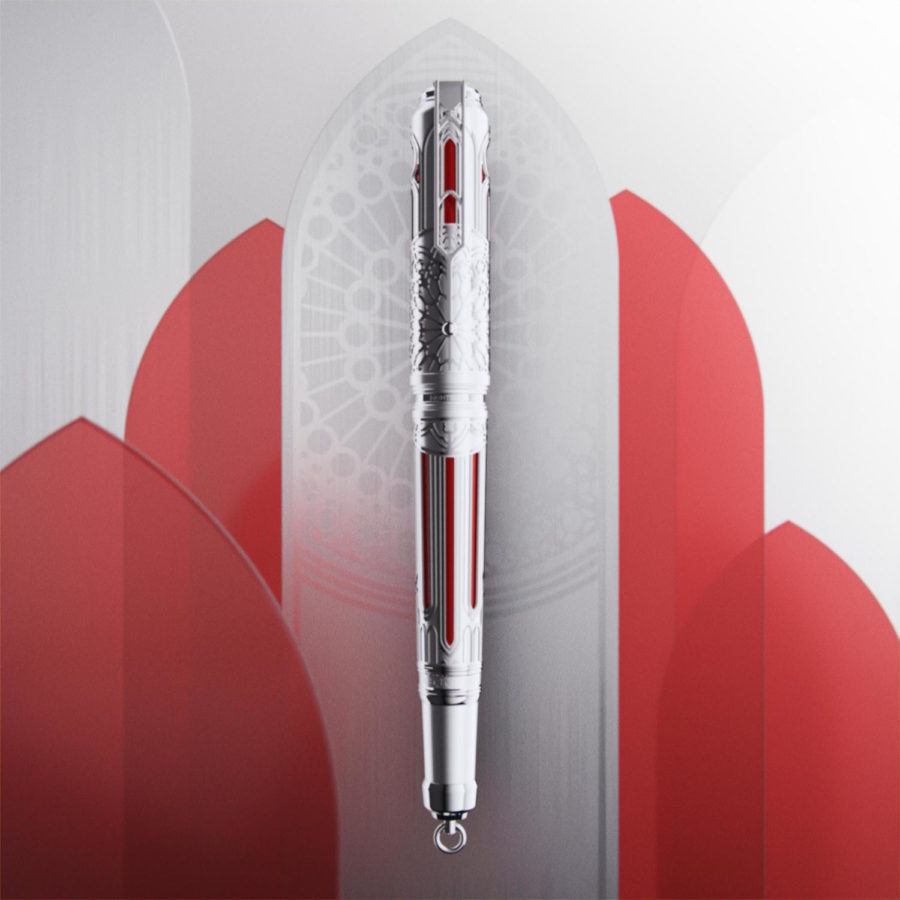 Montblanc celebrates Victor Hugo, an icon of French literature and culture, with a limited edition line of exquisite writing instruments.

The Montblanc Writers Edition pays tribute to the world’s literary giants — icons who have shaped the world of literature through the power and artistry of their written work. Marking the latest addition to Montblanc’s special line, the newly-unveiled limited edition pays homage to the cultural legacy of Victor Marie Hugo — among the greatest French Romantic writers, who created ‘The Hunchback of Notre-Dame’, among other globally renowned works that have transcended time.

Coming in the form of four different editions, crafted in the Montblanc Ateliers, the magic of Hugo’s work is brought to life — from the imposing Notre Dame Cathedral in Paris, to the compelling Jean Valjean in Les Misérables. This exquisite design draws inspiration from the tale of Quasimodo, a hunchback bell ringer who falls in love unrequitedly with the beautiful La Esmeralda. The characters and themes of the novel — centered around social justice — are manifested in the design of this writing instrument, made from black precious resin with platinum-coated fittings. Here, the gothic architecture of the Notre-Dame Cathedral has been alluded to on the cap, while a skeletonised clip draws from the central rose window of the cathedral, with a clip-drop that evokes the bell of the Notre Dame, which was rung by Quasimodo. 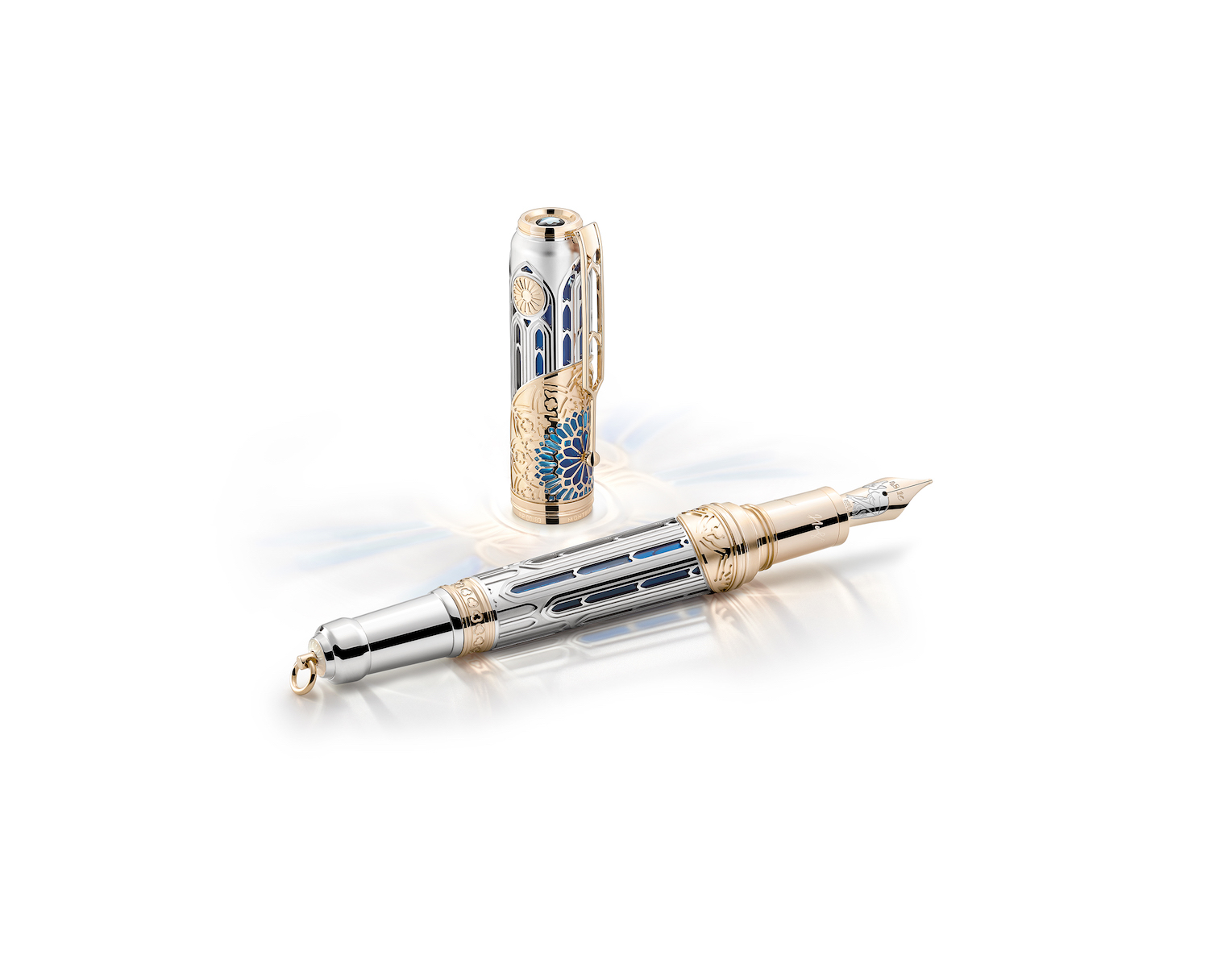 Featuring platinum-coated metal, and red lacquer, this writing instrument features details from the story of Jean Valjean, the main character in  Les Misérables. Illustrating Hugo’s theories on the redemptive power of love, the design shines through little details. Fans of the original book will notice the small things, such as the numbers 24601 and 9430 that are featured upon the cap — a nod to Jean Valjean’s assigned numbers during his first and second time of being imprisoned. The cap top is also engraved with a quote from Hugo’s Les Contemplations: “Chaque homme dans sa nuit s’en va vers sa lumière” (Each man in his darkness goes towards his light).

Taking design cues from the gothic splendour of the Notre Dame, this precious edition comes in solid gold, and gives a bit of insight into Hugo’s private life. For one thing, the gold overlay reveals transparent hues of blue — a nod to the blue skies Hugo often enjoyed from his lookout room at Hauteville House. A “V” is etched upon the cap, while the barrel features a “H”, forming the author’s initials, that one can also find out the wood panelling of the Salon Chinois at Hauteville House. Limited to only 83, the number commemorates the age at which Hugo passed away, as a true celebration of his life and legendary achievements. 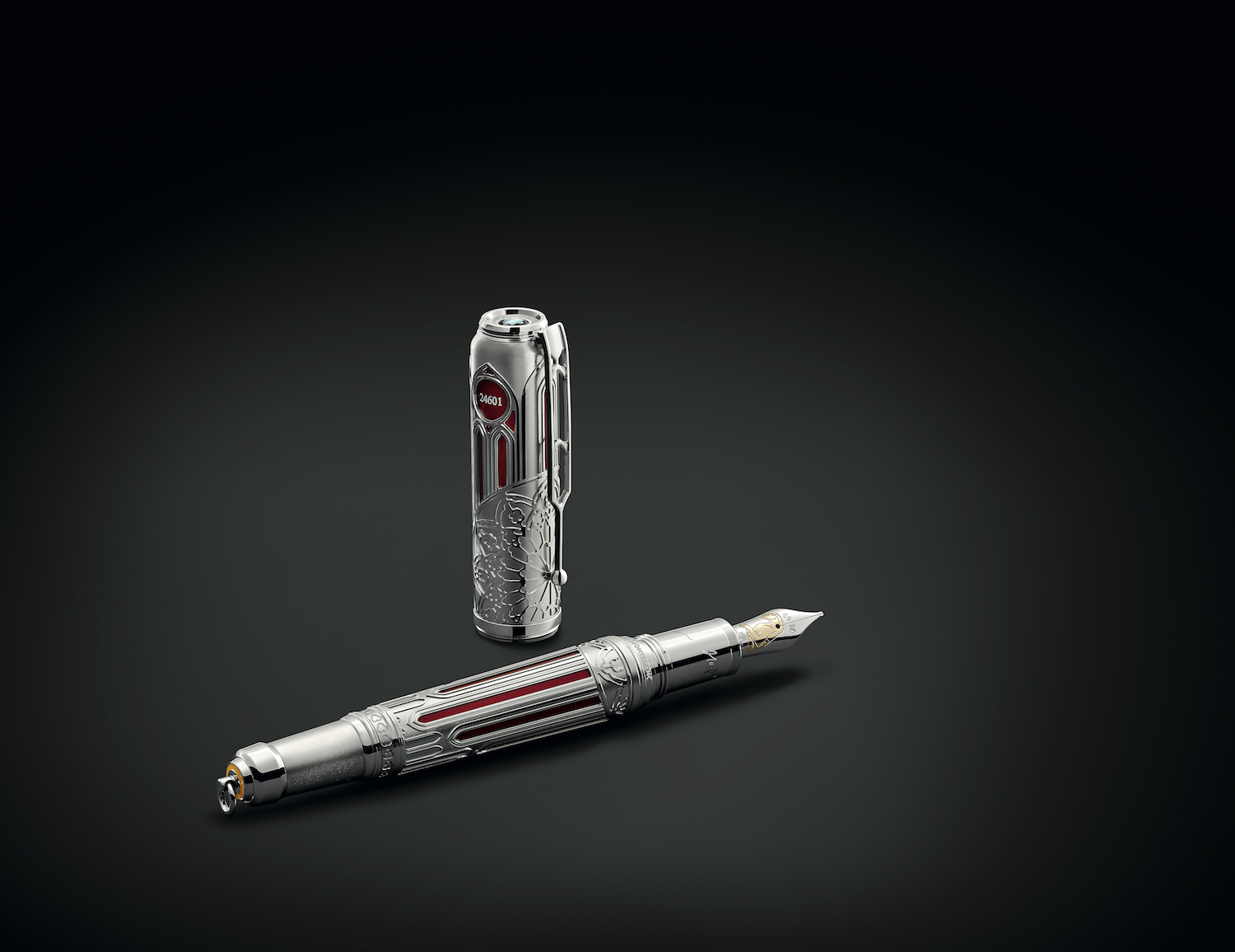 Marking the most limited writing instrument released so far in Montblanc’s Writers Edition collection, this design has only eight pieces available worldwide. The edition’s true value comes from its exquisitely rare craftsmanship — the pliqué-a-jour enamelling technique, used to create the central Rosace in different shades of red enamel. The surface’s various motifs are held together by fine gold partitions to appear like stained-glass windows, while three-dimensional gargoyles adorn all sides of the cap.

The Montblanc Writers Edition Homage to Victor Hugo Edition is available in all Montblanc boutiques worldwide. To find out more, visit montblanc.com.

Sign up to get the latest luxury and lifestyle news delivered to your inbox.
Montblanc
Mary Losmithgul
The online content creator for Prestige Thailand, Mary handles the magazine's digital platforms. She enjoys black coffee, astro charts and listening to entire albums in one go. When not engrossed in a novel or having brunch, catch her on the hunt for new restaurants and the city's latest happenings.
Society events travel property watches drinks