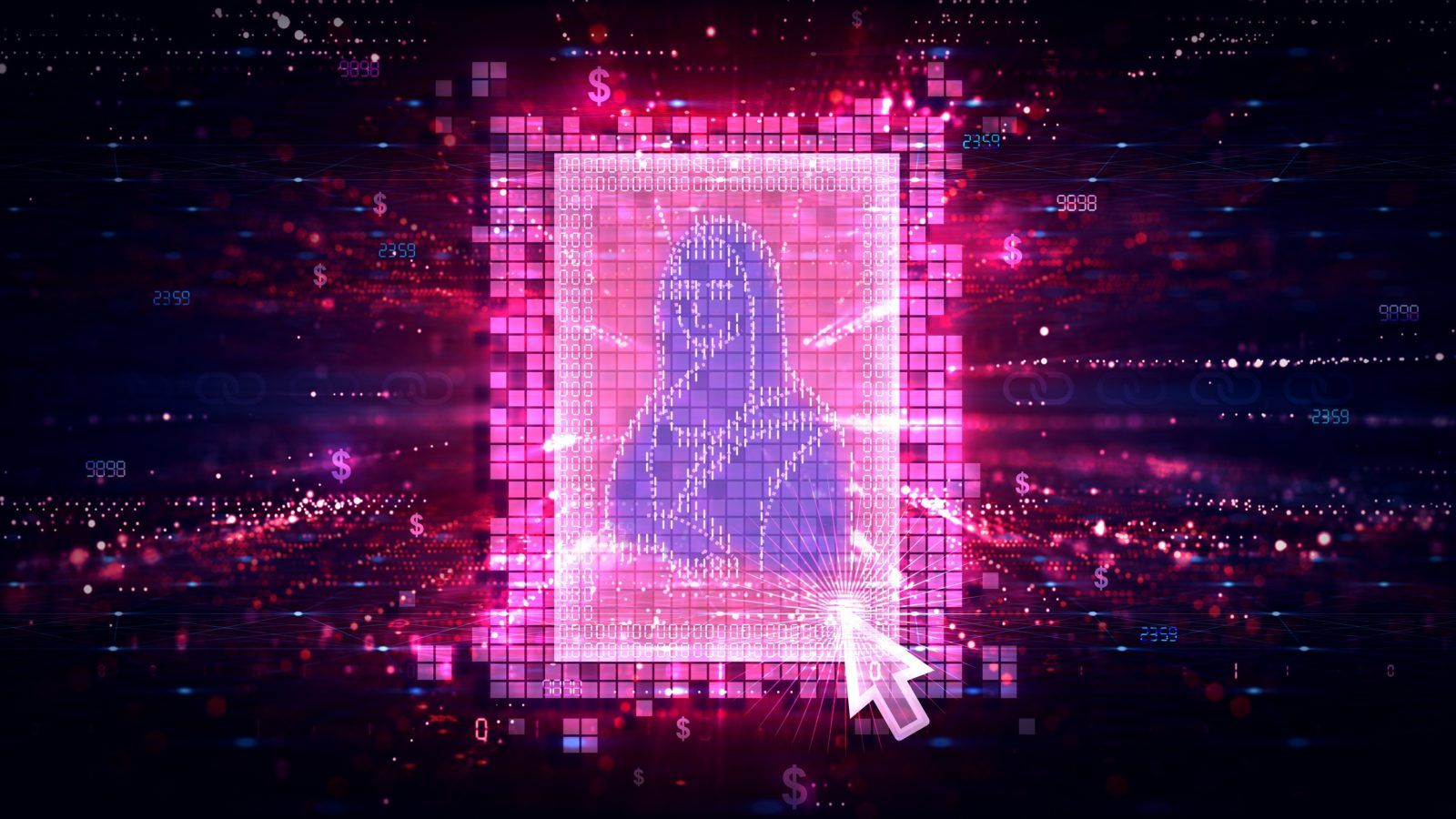 Pursuits
NFTs: The Quiet Revolution Shaking Up the Art World
Share
Next article

A minor revolution has been shaking up the art world for the past 10 months. Its name: the non-fungible token, or NFT. Industry professionals have massively adopted these digital property certificates — whose authenticity is verified by blockchain technology — in turn disrupting the established order in the sector.

The Biggest Crypto, NFT, and Metaverse Headlines of 2021
Pursuits
Collins Dictionary’s Word of the Year 2021 is ‘NFT’
Pursuits

The publication of the prestigious ArtReview “Power 100” ranking is eagerly awaited each year. For the past 20 years, the British magazine has been revealing what’s making waves in the art world through this list. But it’s not an artist, a gallery owner, a curator, a patron or even a museum that tops the latest edition. Instead, it is the NFT that takes the top spot in the “Power 100” list, ahead of the anthropologist Anna L. Tsing and the Indonesian collective, ruangrupa. A significant achievement for this technology which, according to the most skeptical observers, was nothing more than a speculative bubble on the verge of implosion.

However, NFTs are not new. The craze for this authentication system, deemed unfalsifiable, originated with CryptoKitties, a game developed by the company Dapper Labs allowing users to acquire cats with various characteristics. Collectors quickly took a liking to these virtual felines, one of which even sold for nearly $170,000 in 2018. At the time, some in the art world were particularly dubious about these purely immaterial objects. Robbie Barrat felt the weight of this skepticism when he collaborated with Christie’s to offer 300 gift cards to participants in the auction house’s “Art + Tech” summit. They allowed participants to claim an exclusive NFT from the artist and artificial intelligence researcher… which only a few people present actually bothered doing.

However, the popularity of NFTs exploded in March. Michael Winkelmann, aka Beeple, became the third most valuable living artist after “Everyday: the First 5000 Days” sold for $69.3 million at Christie’s. At the time, few art world professionals could have imagined that lines of code referring to a virtual work recorded on the blockchain could be worth so much. The phenomenon has consolidated over the months, turning NFTs into a veritably booming market. They generated nearly $3.5 billion in the first three quarters of 2021, according to the latest edition of the annual Hiscox online art trade report. Although this market is experiencing some variations, it is growing steadily and is shaking up an industry that is often cautious about technological advances.

But artists are much less cautious, it seems. Many hope that NFTs will call into question the business model of auction houses and art galleries, which has remained unchallenged for years. They also see an opportunity to reach a mass global audience without intermediaries through sales platforms like Nifty Gateway and OpenSea. This prospect is particularly attractive to artists who have long been sidelined by the traditional art market, such as women and those from the African continent. The Nigerian art fair Art X has partnered with the SuperRare platform to show how African artists have seized the NFT through the virtual exhibition “Reload…”. The event aimed to offer “a glimpse into the future of art-making and collection on the continent, whilst highlighting the enormous potential of NFTs in the development of Africa’s creative ecosystems.”

So are NFTs synonymous with emancipation? Not necessarily. A report from ArtTactic, quoted in November in The Art Newspaper, reveals that the market for non-fungible tokens mainly benefits American, British and Canadian artists. They alone account for 73% of NFT sales on the specialised platform Nifty Gateway over the past 21 months. Their African and Latin American counterparts count for just 3.6% of the transactions analysed. The same can be said for women, who represent just 16% of this market.

Younger people are doing well in the NFT world, however. So-called digital natives like Benyamin Ahmed and Jaiden Stipp are generating substantial revenue from the sale of their digital creations, even though they are 12 and 15 years old respectively. Another great success story is Victor Langlois, better known under the pseudonym FEWOCiOUS. This 18-year-old transgender crypto-artist partnered with Christie’s to sell five NFTs last June. They went for $2.16 million, making Victor Langlois a star in the crypto-art world. Yet there was no reason to believe that the artist would be so successful. “I wasn’t allowed to paint in my room, so 90% of all my art online is digital. I made it on my iPad,” FEWOCiOUS explained to Discord magazine.

But while there seem to be many called but few chosen in the NFT market, auction houses have been working hard to satisfy a new class of collectors eager to acquire these purely immaterial objects. The motivations driving these buyers are often unclear, especially since the works they acquire can be viewed, copied and modified endlessly on the internet. Many start collecting NFTs in the hope of reselling them for high sums of money or to brag about them on social networks.

While their profiles are varied, most of these new-gen collectors use cryptocurrencies for their acquisitions. That’s why auction houses soon made it possible to use these virtual currencies during their sales. Another strategy is to offer them coveted NFTs. Sotheby’s, for example, auctioned a lot of 101 digital drawings from the exclusive Bored Apes Yacht Club, which sold for $24.4 million. In the same vein, nine CryptoPunks sold in May for $16.9 million at Christie’s.

Competition between the two rival auctioneers is particularly fierce when it comes to riding the NFT craze. In October, the auction house owned by Patrick Drahi launched a platform dedicated to digital art collectors, called “Sotheby’s Metaverse,” as well as a large bi-annual sale of these virtual certificates of authenticity. Despite this, Christie’s managed to stand out by amassing $150 million in NFT sales, compared to $100 million for Sotheby’s.

The British Museum is Launching NFTs, as the NFT Craze Continues Through 2022
Pursuits
Manolo Blahnik Opens a Virtual Museum to Celebrate the Brand’s 50th Anniversary
Style

Auction houses aren’t the only cultural institutions getting on board with NFTs. In recent months, many galleries have staged retrospectives dedicated to crypto-art and its pioneers. While these venues are “physical,” the digital token exhibitions they host are much less so. The Superchief NFT gallery in New York looks like an electronics store with dozens of screens streaming digital works by Tim Molloy, LOOOP and xsullo. When it comes to painting and sculpture, the “physical” nature of a gallery is obvious, as you are looking at a real work, not a reproduction. But this isn’t the case with NFTs.

This particularity explains why few museums have ventured to stage exhibitions of these digital objects. The Ullens Center for Contemporary Art (UCCA) in Beijing dabbled in the field this spring with “Virtual Niche: Have You Ever Seen Memes in the Mirror?” This exhibition was intended to foster public understanding of crypto-art and to contextualise it in an institutional setting. But this is not an easy task. The functioning and interest of these non-fungible tokens can still seem unclear to art lovers… and even museum curators. That’s why the Solomon R. Guggenheim museum was looking for interns with expertise in the field in March. They would be responsible for assessing what impact crypto-art and blockchain would have on the New York museum’s collections strategy and its digital vision.

Other points needing clarification are the lack of specific regulations around NFTs and their disproportionate environmental impact. But such issues don’t seem to worry proponents of this new technology any more than the authors of the latest edition of the annual Hiscox online art trade report: “NFTs fill a gap that has existed in the art world for a long time — a new way of collecting art. NFTs fulfill the same urge for collectors to own something desirable, only this time in a digital, rather than physical form. This market will have its ups and downs, but the art world should pay attention, if it is to remain relevant in the future.” Rarely have lines of code had such an impact.