The masterpieces by the late Chinese-French artist Zao Wou-Ki will go under the hammer during Phillips’ 20th Century & Contemporary Art Evening Sale, which will take place on July 8 in Hong Kong.

“22.6.63” and “24.10.63” are prime examples completed at the peak of Zao Wou-Ki ‘s “Hurricane Period,” where he integrated the energy and movement of Chinese cursive calligraphy with Western abstract expressionism.

Works from Zao’s “Hurricane Period” are characterized by a central-axis composition, with dry brushstrokes serving as a visual focal point that invokes the techniques of traditional Chinese landscape paintings. 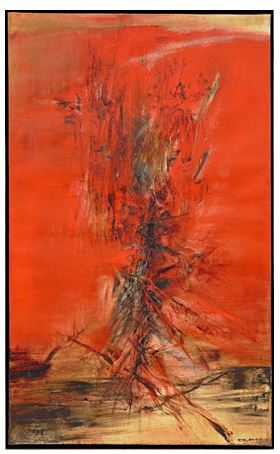 “22.6.63” and “24.10.63” both reflect the new compositional style of the Chinese-French artist, whose intimate interactions with the New York School of artists left a strong impression upon his artistic practice.

These two masterworks once passed through the hands of prominent gallerist Samuel Kootz, who was instrumental in encouraging Zao to embrace large formats to expand the “Hurricane” series to its full potential. 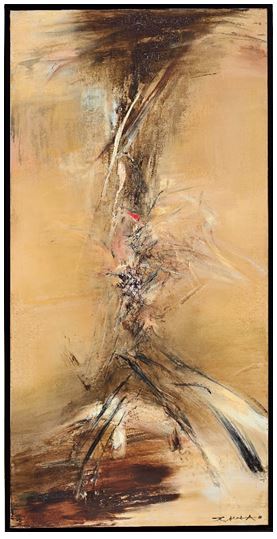 “These magnificent paintings were initially presented by New York’s renowned Kootz Gallery, and it is rare to see two such works by Zao side-by-side in red and gold, two auspicious colours in Chinese culture. With their distinguished provenance, the unprecedented offering of these two Hurricane Period works in our Evening Sale will undoubtedly generate huge interest from the international collecting community,” Isaure de Viel Castel, Head of 20th Century & Contemporary Art, Hong Kong, said in a statement.

In addition to setting a new auction record for Zao, “Juin-Octobre 1985” also became the most expensive painting ever to go under the hammer in Hong Kong.