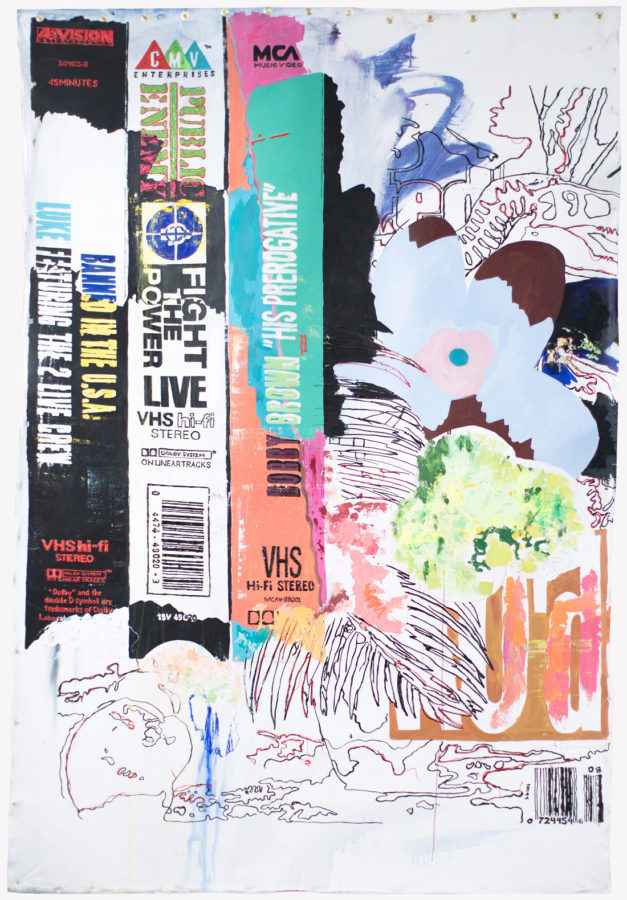 The frontman of Public Enemy will celebrate the 30th anniversary of the rap group’s landmark third album, “Fear of a Black Planet,” with an art exhibition in Englewood, Colorado.

“Terrordome,” running from September 5 through October 3 at the Black Book Gallery, will feature a selection of original visual works inspired by the music, legacy and history of the rap group Public Enemy.

In addition to curating the exhibition along with Lorrie Boula and curators at the Black Book Gallery, Chuck D will present some of his own artworks.

“Bringing visual artists and music together has always been important to me because it’s who I am. I was an illustrator and graphic designer long before I ever grabbed a microphone. We’ve been working hard at bringing together an amazing array of artists for the show, and look forward to people coming through to see their work,” he said in a statement.

Tickets for the exhibition celebrating the 30th anniversary of “Fear of a Black Planet” will go on sale on Sunday, August 29 via the official website of the Black Book Gallery.

Released in April 1990, “Fear of a Black Planet” sold two million copies in the United States and received rave reviews from critics, ranking No. 300 on Rolling Stone’s list of the 500 greatest albums of all time.

Public Enemy’s third studio album was added in 2004 to the Library of Congress’ National Recording Registry, which recognizes audio recordings that are “culturally, historically, or aesthetically significant.”